Our last port of call was Ronda. This is another place we had visited before but it is beautiful so worth another visit.
The plan was simple. I'd bird around the gorge before breakfast then for the rest of the day we go for a drive.
The first morning I was out  just after dawn and down to the bridge. The swifts weren't showing and the footpath around the Parador was locked so I wandered south of the bridge intending to go to the Mirador Puente Neuvo de Ronda which sits some 100 feet or so below the bridge. This is the best place for viewing/photographing the early morning swifts because you are often level with the birds. It wasn't to be however because they are reconstructing the path/steps down to the mirador and the way down was barricaded. This was a real disappointment.
I went back up to the bridge and saw the swifts were now beginning to get up but still no sign of any alpines. The footpath around the Parador was now open (opens at 8.00am) I took up position on the corner and watched.
At 8.15 I spotted the alpines, way off west of the bridge and really low - about 40 of them wheeling around together. Over the next 20 minutes they increased in altitude and every now and then surged into the gorge - level with the mirador grhhhh. Their altitude slowly increased until they were level or slightly above where I was standing and one or two came in really close. I took a lot of shots but one particular fly-by was so much closer and the pictures so much better that the rest have been confined to the bin. 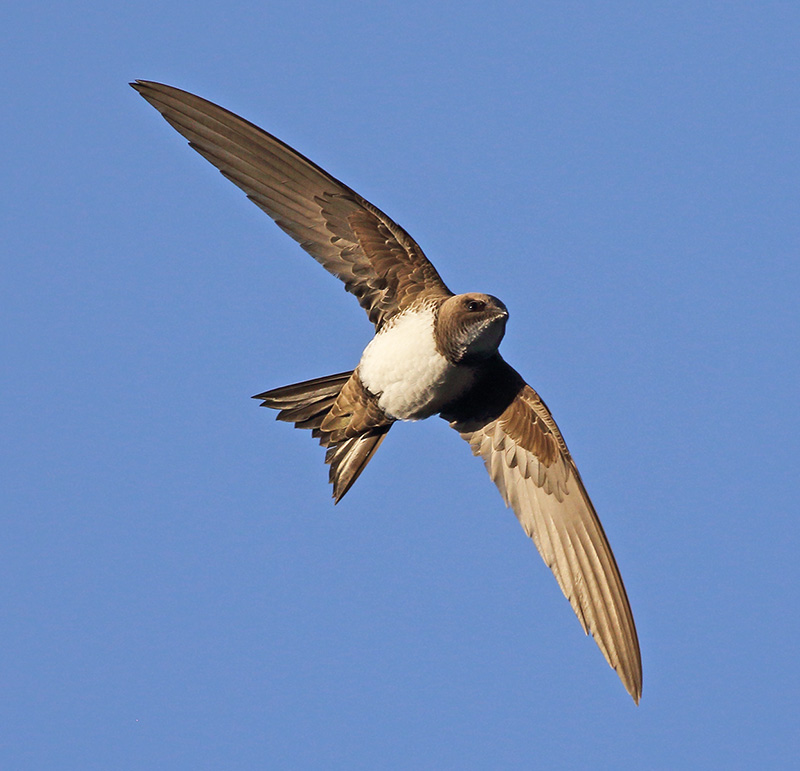 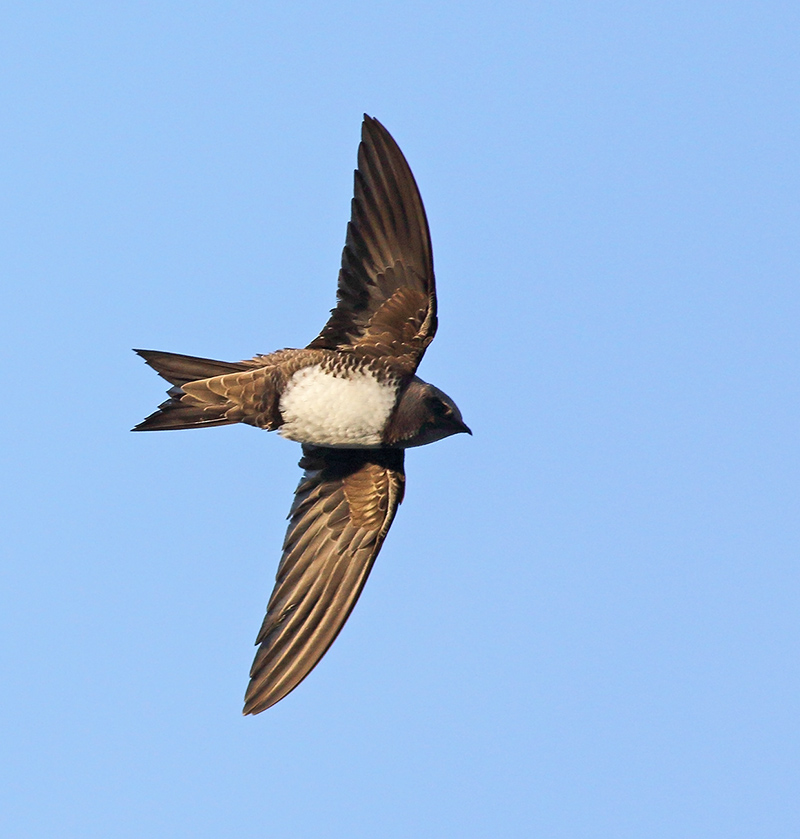 Then they were gone. Not one to be seen - they had only been on view for 15 minutes or so.
The next morning was sunny but colder and whilst the alpines did show they were a long way off and disappeared quickly. The last morning was dull and overcast and I didn't see them at all.

Also that first morning I saw a few choughs but they didn't seem to be landing on the bridge the way they did during our previous visit but blue rock thrush, rock sparrow, serin, crag martin, and common swift were seen regularly.
With the absence of the alpines on the other mornings I spent my time concentrating on the east side of the bridge (the sunny side early morning) and managed a few record shots of some of the above species: 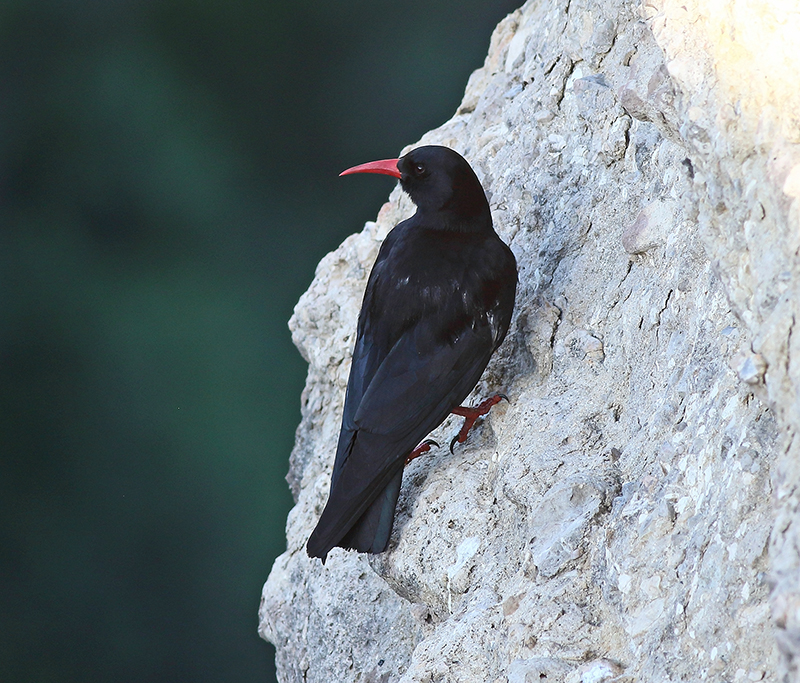 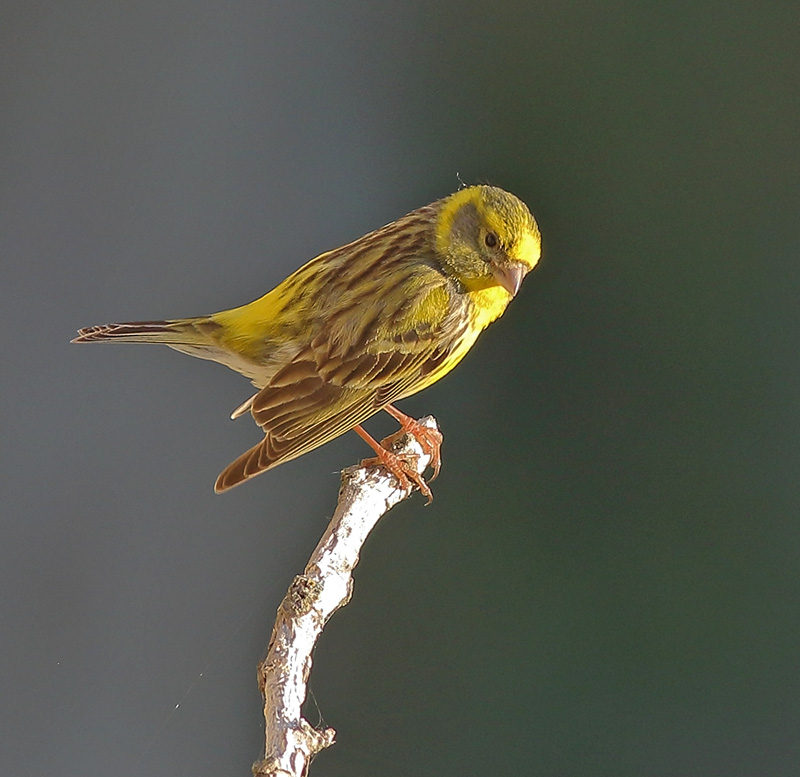 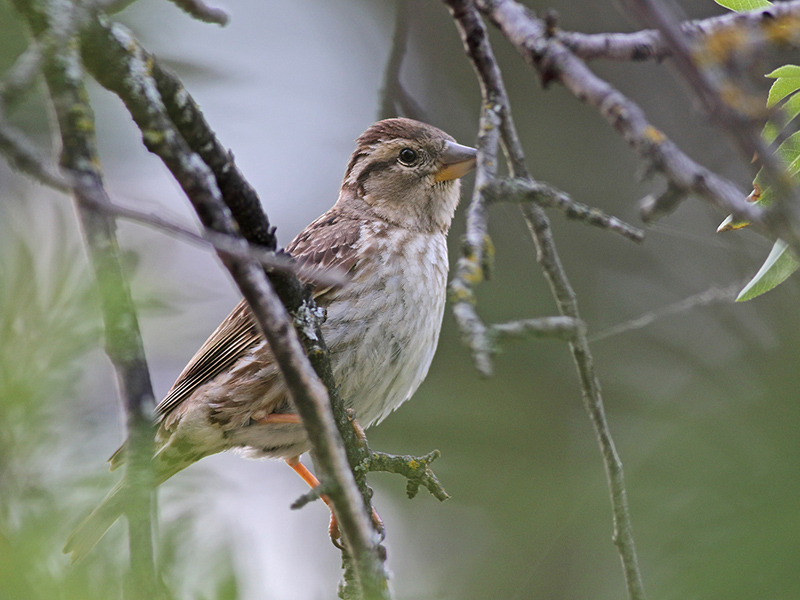 A wander through the rose garden that clings to the side of the gorge one afternoon did provide decent images of rock thrush and I even saw a spotted flycatcher but was too slow with the camera. 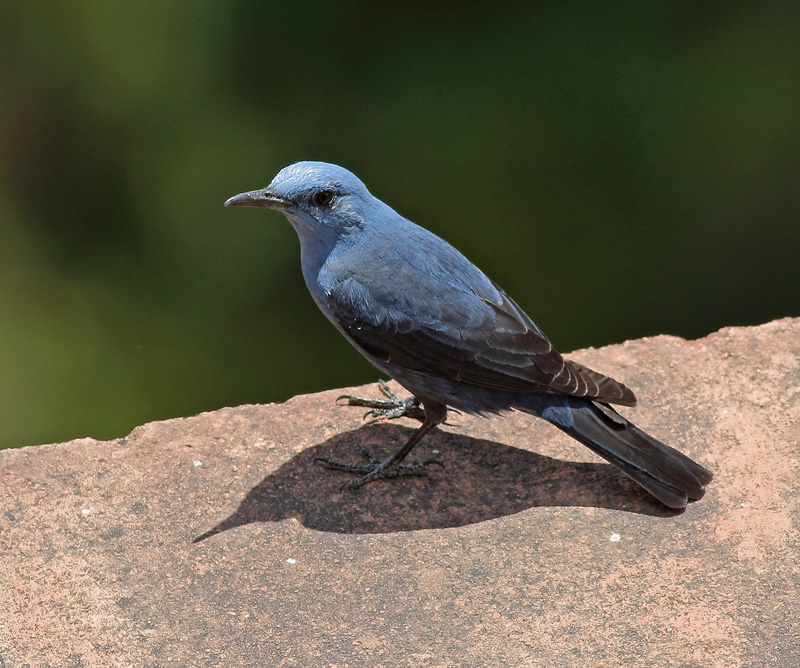 I did have one very unusual sighting from the bridge whilst I was watching rock sparrows visiting their nest. It was a reed warbler (well I can't think what else it would be). I saw it in the same place on 2 mornings; in a fig tree that was growing out the side of the gorge approx 280 feet above the river and not a reed in sight. If I've mis-identified this can you let me know. 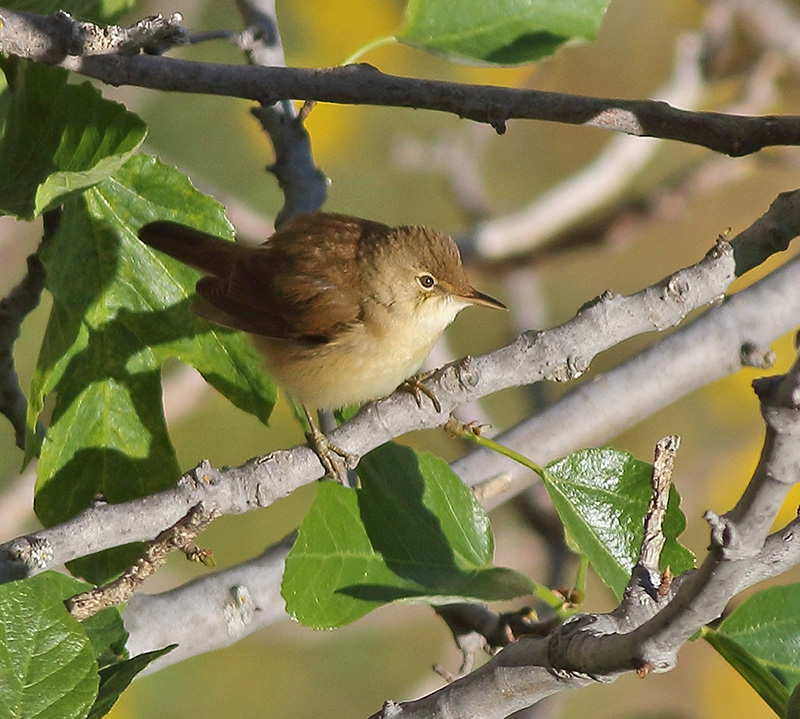 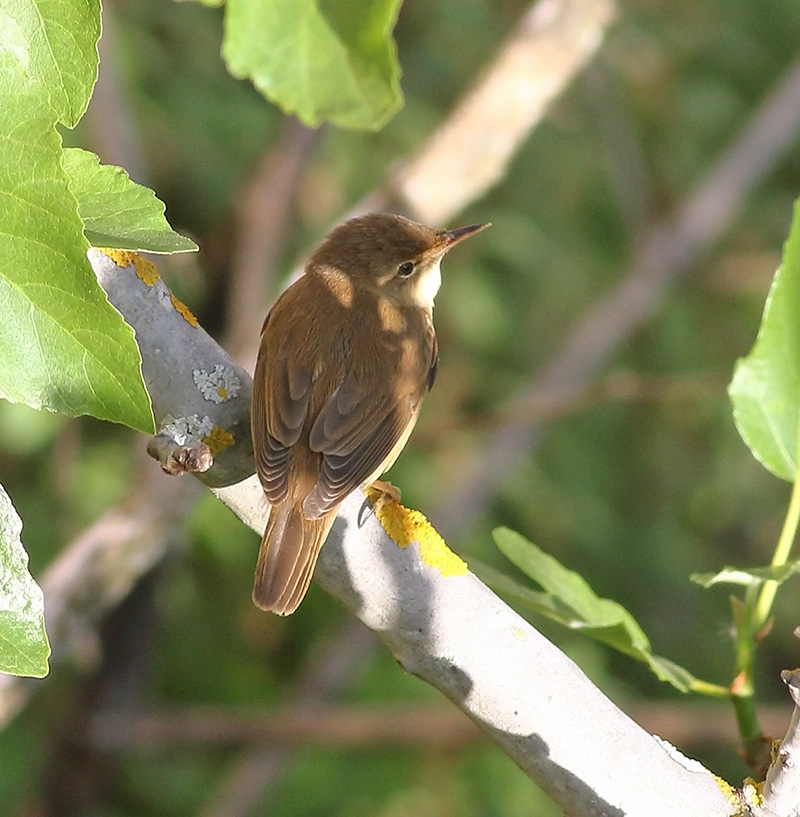 We didn't see many raptors from the town though a booted eagle flew past very close whilst we were lazing around the swimming pool on our last afternoon but I saw it too late and only managed 2 shots before it had disappeared. 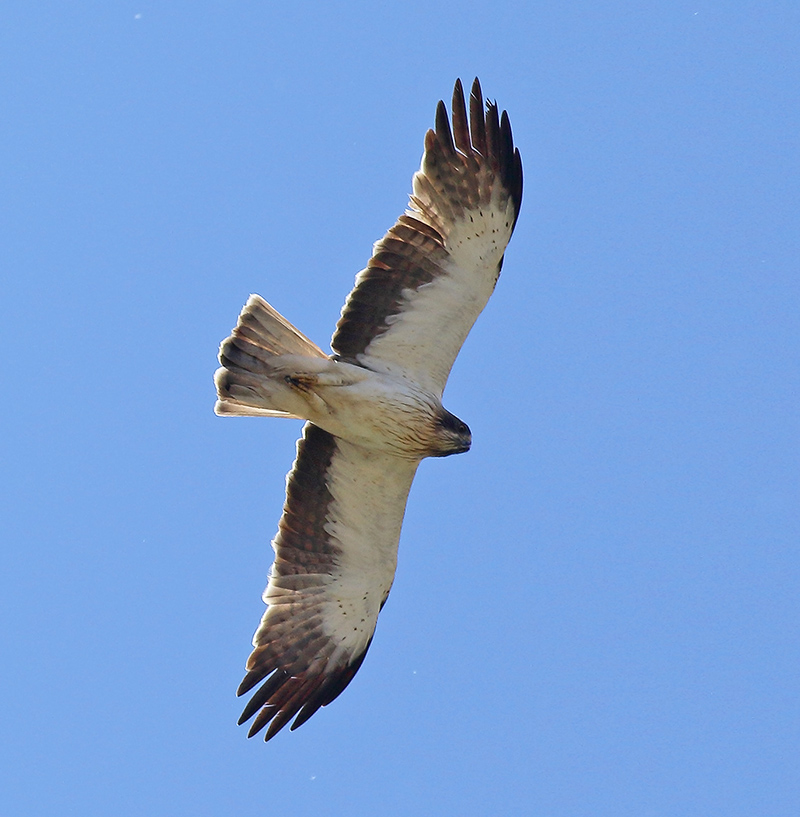 Our trips out were to Gratzalema and Zahara. Gratz had griffon vultures residing on the rock face beside the free car park (near the swimming pool) but when they flew past they too close to get the whole bird in shot. The other problem is you are shooting into the sun. From the same vantage point chough could be seen and a melodious warbler was just about in camera range. 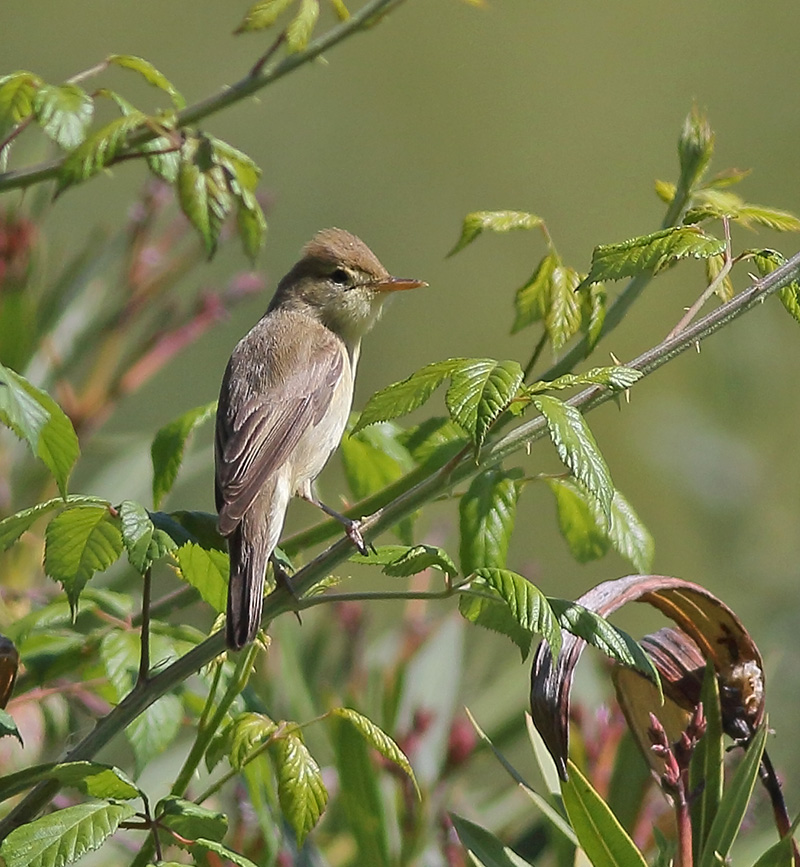 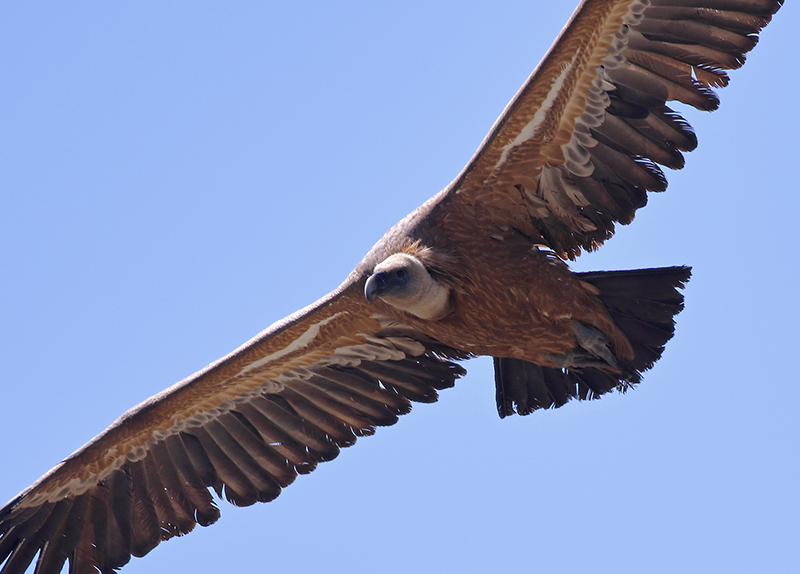 Zahara de la Sierra also had a decent number of Griffons and several booted eagles that seemed to be patrolling the lake. The sparrows in the town centre are very tame! 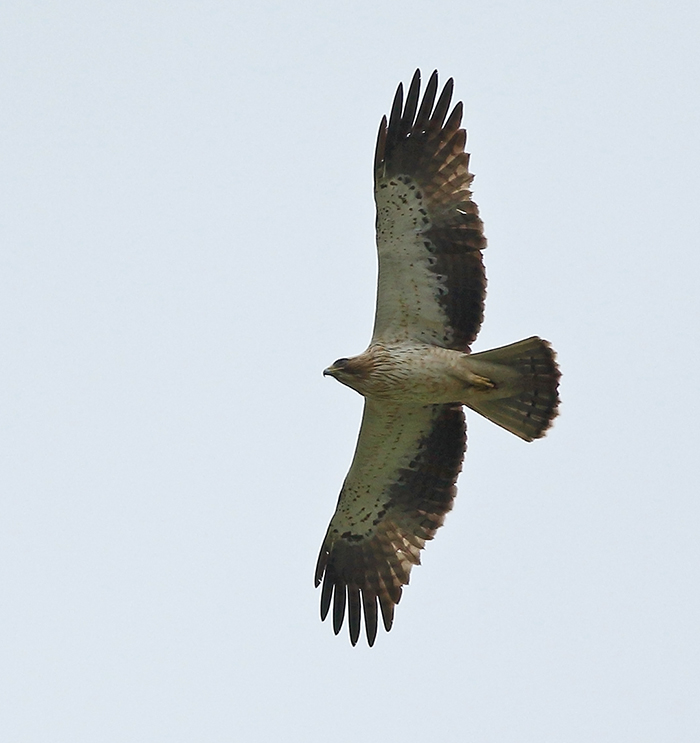 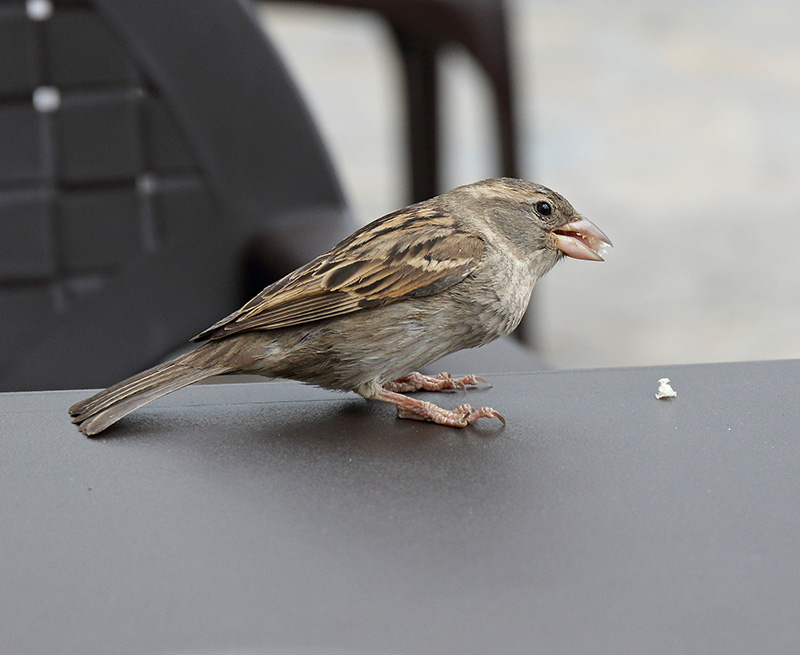 And that's it.
Overall I came back disappointed but writing these reports I think I did ok. This was a family holiday after all and a lot of time was spent sight seeing or just watching the world go by.
So lots of reasons to go back again, especially to Extramadure.

Posted by Greater Kent Birder at 22:50