More on the focusing of the Canon 7D mk 2

This is the third blog on the mk 2 and probably the last.
In the last few weeks I have used a few different settings for the focus and will comment on them. It is difficult to provide "proof" that what I say is correct so you'll have to take my word for it (or not).

I spent 2 sessions at Seasalter trying to photograph the waders in flight. In general the birds were low hence I was trying to photograph small, fast moving, birds against the sea rather than the sky due. For the bulk of the 2 sessions I used the expansion options (center spot surrounded by the 4 or 8 adjacent points). In a previous posting i have already discussed how with these options only the center point is actually focusing the others just assist.
Well trying to photograph small waders against the back ground of the sea was very difficult. The camera took a long time to focus on the bird  (if it managed it at all), though once "locked on" it did hold it very well. I think the problem is that the target was so small the camera had trouble deciding what it was I was actually trying to focus on ( the bird or the sea) and once locked on (which could just as easily be the sea as the bird) it held on to it very well. Anyway it was a frustrating experience even though I managed a few reasonable shots.
As a last resort towards the end of my second session I switched over to spot focus and immediately enjoyed far greater success. The camera locked onto the bird very quickly and once locked on held onto it pretty well (using "case 1" for the tracking) even if I drifted slightly off target now and again.

When the bird were in the sky focusing was very fast no matter which option I used (no background to confuse the point expansion options).

Tracking larger and slower moving subjects such as a gull was very easy with either of the options discussed above. The camera locked on instantly and held onto the subject very well.
Until I discover more about the camera the spot focus will be my default setting from now on.

Another example of the use of spot focusing and tracking was provided by the goosander that were on Restharrow scrape. I've already published some shots of the birds against the sky (Flickr. https://www.flickr.com/photos/26135972@N05/15437104653/) and of them taking off. However I took around 10 shots of them in flight just after take off with grass/fences as background. For the first 3 shots fired the focus missed the birds but the next 6 or 7 were excellent and not once was the focus lost.. 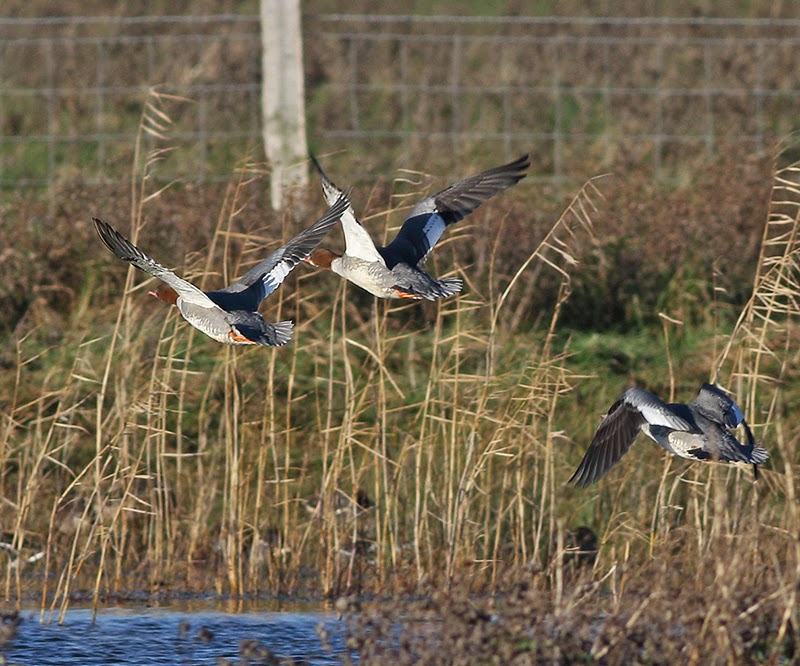 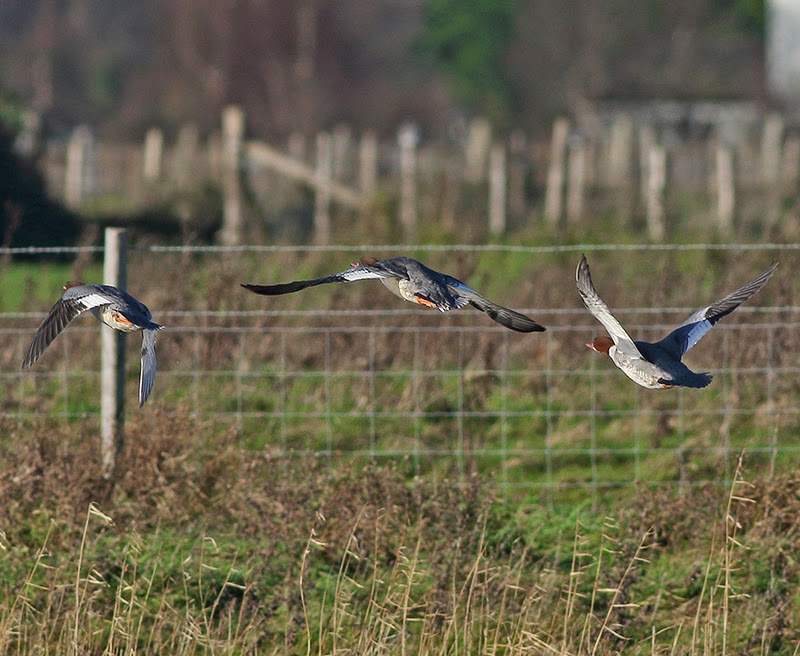 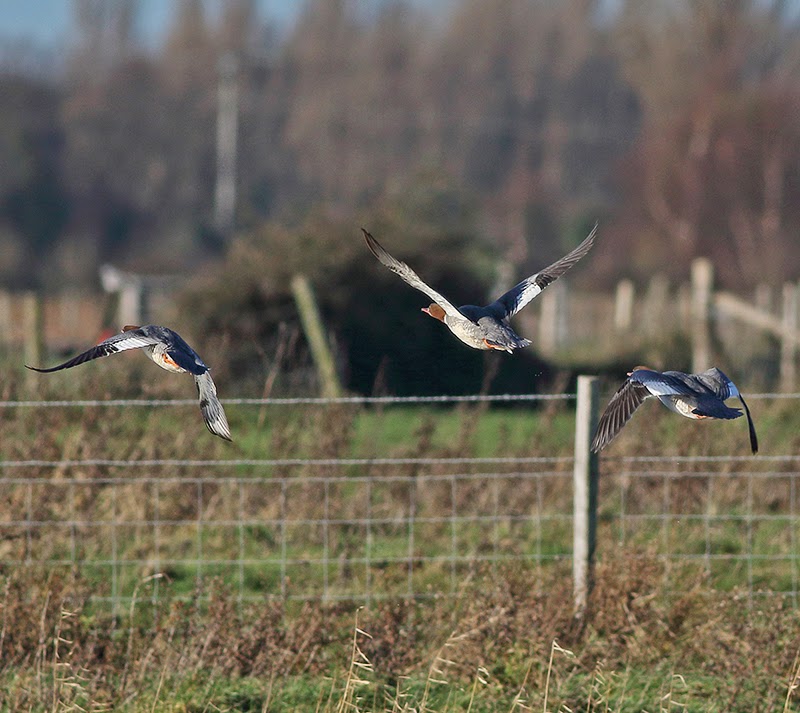 Again I was using spot focus and for tracking I was using "case 2" - all in all I think this was a very impressive performance and one that I'm sure I could not have achieved with the old 7D.

Speed and accuracy of focusing.
A few days ago I had the pleasure of finding a flock of crests at Kingsdown - 2 or 3 firecrests and 5 or 6 goldcrests. As always these were flitting about in the scrub at a great rate of knots. Now I have on a number occasions taken excellent crest shots with my old 7D but in this session the focusing of the mk 2 was superbly fast and extremely accurate with the vast majority of shots being of a usable quality (from a focusing perspective).
It's difficult to illustrate just how well it performed with images but hopefully some of the attached shots will demonstrate how good the focus was - in the examples shown the birds were partially obscured and/or suffering from a lot of shadows over the subject (and didn't make it onto Flickr for this reason). For cleaner shots see my Flickr site - https://www.flickr.com/photos/26135972@N05/ 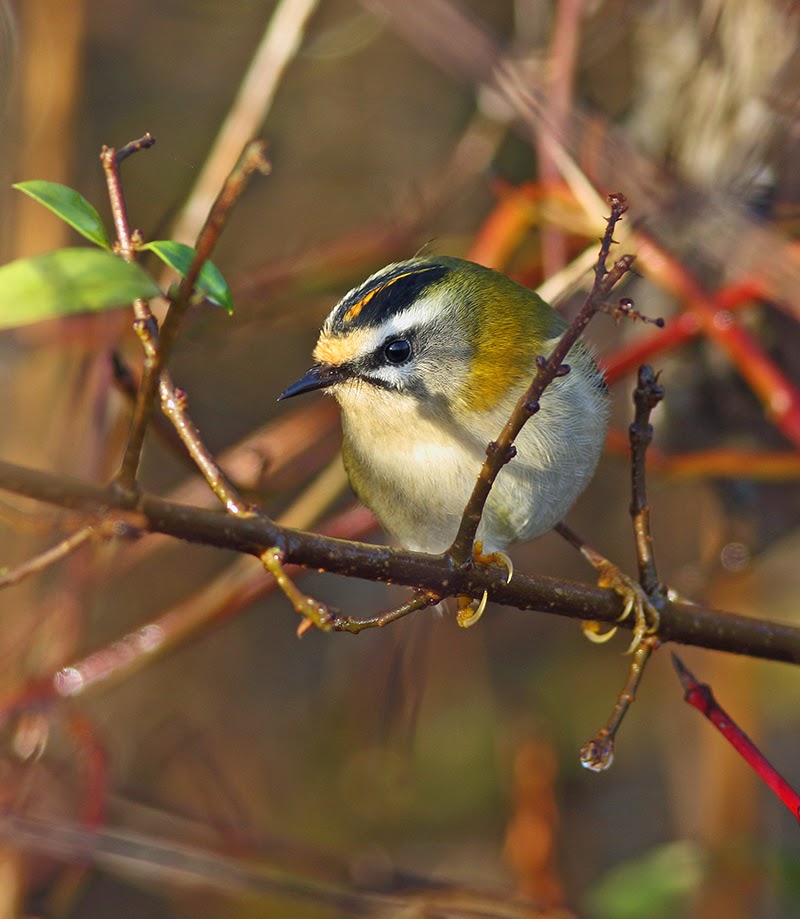 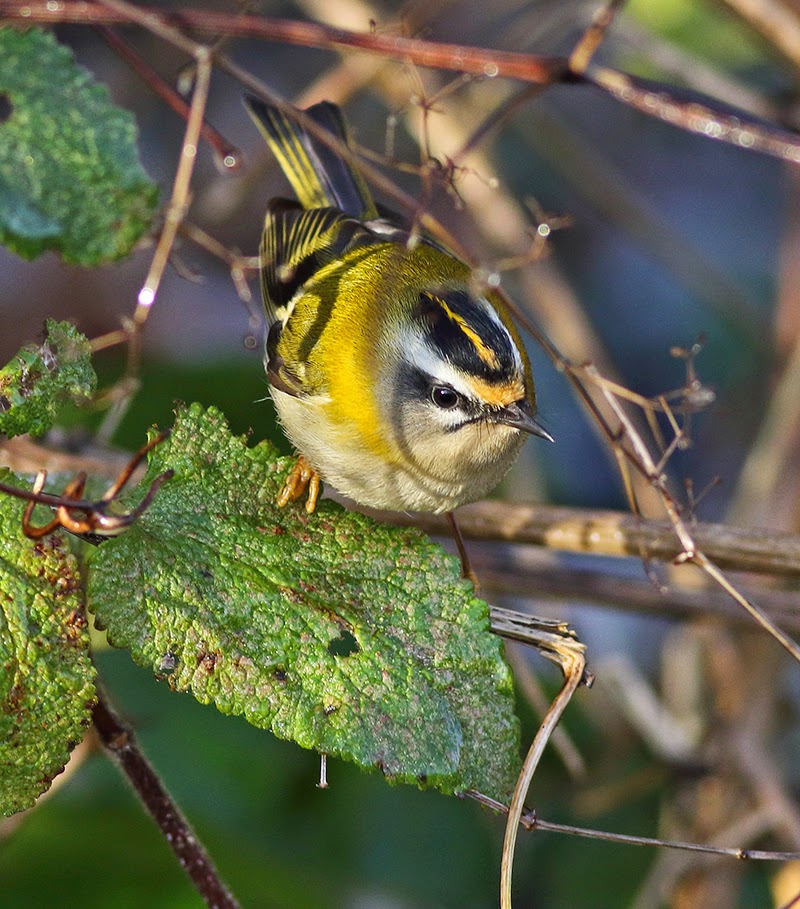 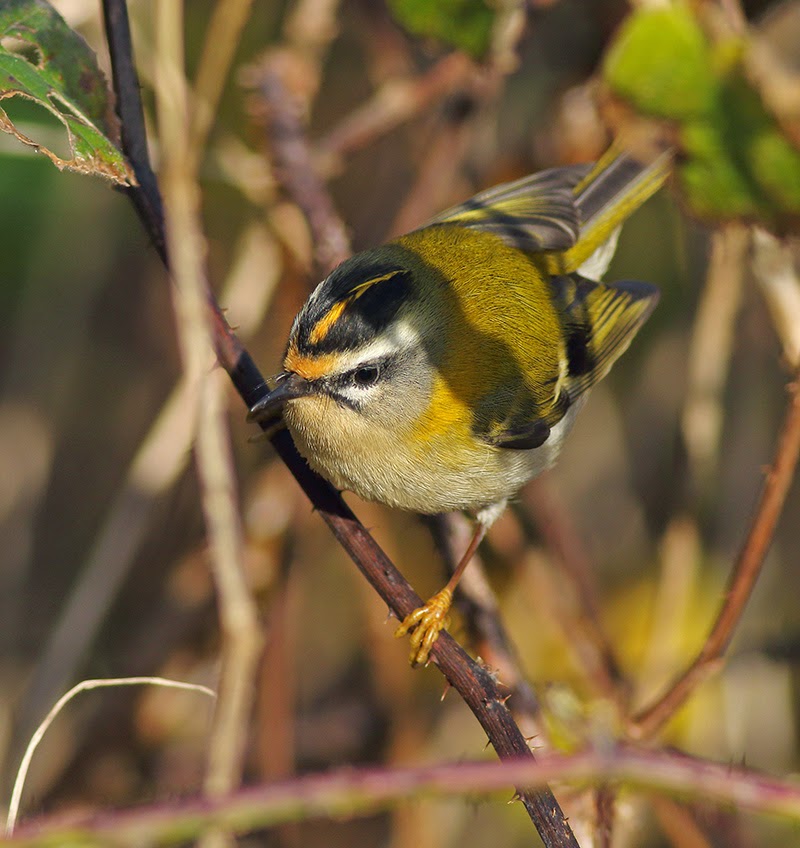 So it's my belief that the mk 2 focuses a lot faster and more accurately than the old 7D.

As things stand I'm sure I will continue to use spot focus, even for bids in flight. For in-flight birds in the sky the expansion options may be used but at the moment I can't see why I'd use some of the larger arrays. I have yet to try my luck with small fast flying birds in the sky (eg hirundines/swifts) but this will have to wait 'till next summer or possibly my visit to The Gambia in late January. During my last visit to The Gambia my success rate with palm swifts was deplorable so it will be a real test.