Angie is getting better now so much so that she is away for the w/e with friends so today I was free to go where I wanted. Given how little seems to be going on in east Kent I went to the Bay ….it was a welcome change from the Rifle range and the “Toilet Block” and it had the added attraction of some snow buntings being found there yesterday.
I saw nothing between the poly tunnels and the beach - I took the footpath across the fields rather than the track so as to start my beach walk by The Lodge.
I hadn't gone too far when I flushed a snow bunting from the landward side of the beach and as I followed it onto the beach I spotted  Adam, camera in hand, 30 yards away – he was with the rest of the flock.
I didn't join him because I had some near me and allowed me to get pretty close – in fact one ran past me only 3 yards away. Normally Sandwich birds are pretty skittish. 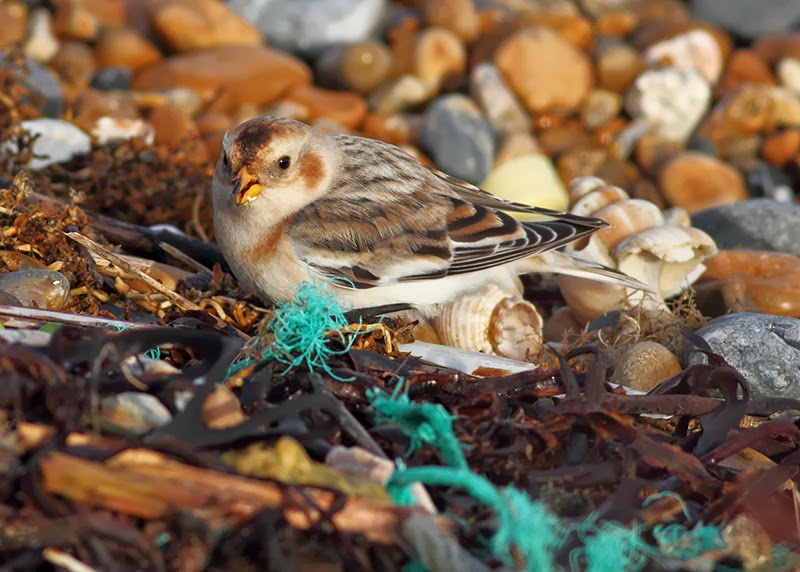 Eventually one of the snow buntings flew up and the rest flowed; they flew north up the beach. I joined Adam and we had a slow stroll along the beach hoping to re find them.
We didn’t actually see a lot else as we made our way north but a female stonechat seemed determined to keep up with us and it was accompanied by a robin and then a couple of chaffinches.
As we were opposite the Prince’s new club house we started finding reed warblers and it was whilst we were checking these out that we spotted 3 shore larks.

We tried for some time to get close but typical of Sandwich shore larks they ran away keeping the distance between us to around 30 yards. 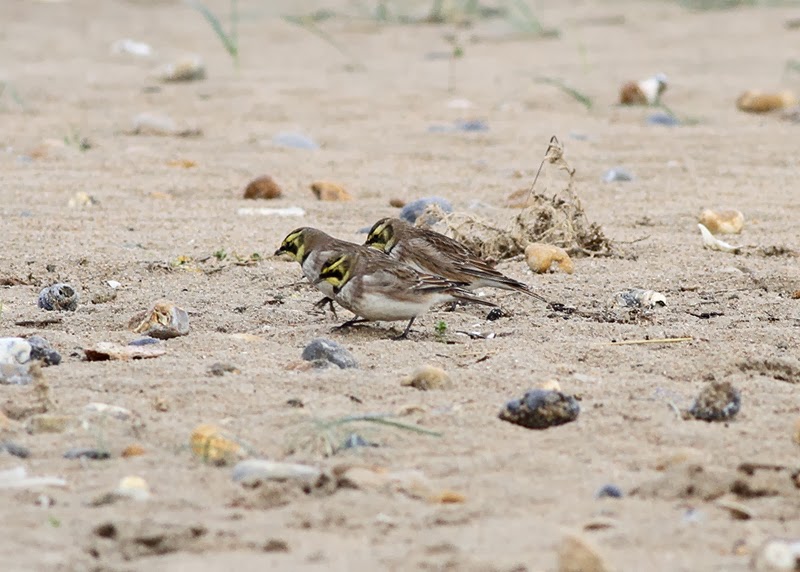 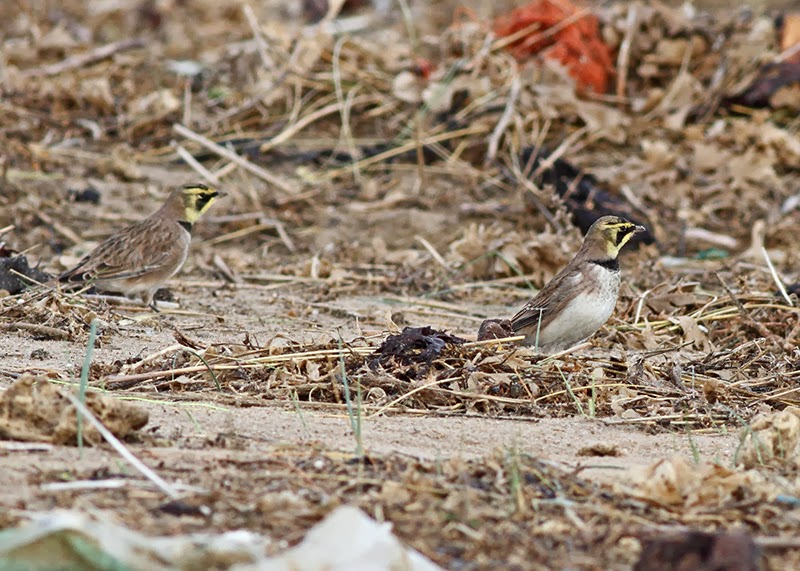 This continued for quite some time but then they took to the air and flew past us flying towards the sea and looking for all the world as if France was their next stop.
Time was getting on and the sky was darkening so we started to walk back. Half way back the shore larks flew past us and landed 50 yards away. Needless to say we tried again to get closer and needless to say we failed - they moved further north back towards where we  first found them.
We resumed our walk south where we found a lone snow bunting and 200 yards further along I found the initial flock only now their numbers had grown to 11. 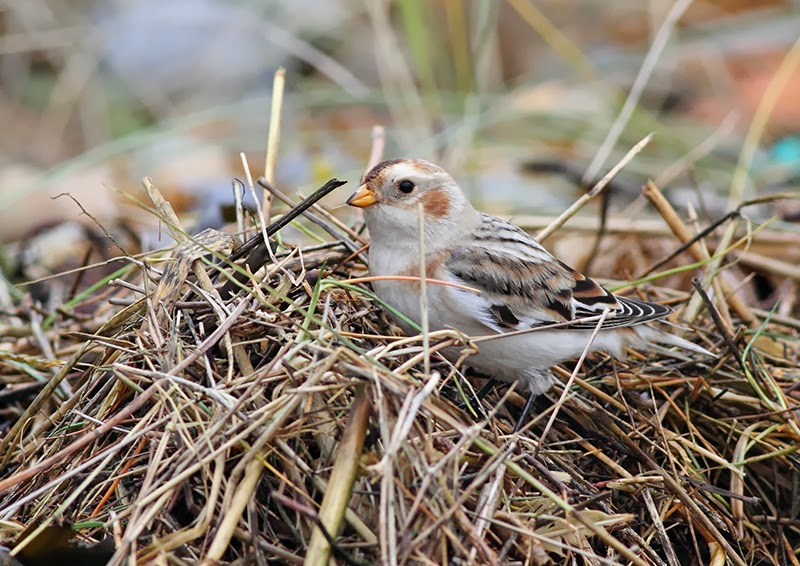 I probably spent another half hour with these crawling around on the damp shingle before the threatening weather forced me to give up……..just in time as it happens as the heaven opened just after I got to the car.
The only thing to spoil what was a very enjoyable morning was the amount of litter and plastic on the beach. It tends to collect in amongst the stranded rafts of sea weed which is exactly where the snow buntings and to a lesser extent the shore larks seemed to spend most of the time – over 50% of the shots I took of the snow buntings have littler in them.

Posted by Greater Kent Birder at 21:43