For the last 3 weeks my birding routine has been pretty samey – the first hour or so each morning I pop down to the beach at Kingsdown checking out the rifle range and the toilet block bushes. After that it’s back home to do the nursie bit for Angie who is recovering after an operation.I suppose I should be grateful because it was because of this routine that I was on the rifle range for the Pallas’s warbler 2 weeks ago. However it is getting a bit repetitious.
Whilst at home I have been keeping an eye on the garden and have been fortunate enough to see a black redstart (juv) and a grey wagtail this week. The latter visit the garden most years but the black redstart was a garden tick though it took me a minute or two to work out what it was. The bird was in an unusual setting atop a 15-18 ft high tree which totally threw me and the imagination ran wild for a few seconds…………I could only see the head and I was excitedly thinking juvenile red breasted flycatcher was a possibility until it flew towards me. The flight and subsequent sight of the tail shattering my flight of fancy.
Since the Pallas’s the sea front patch has been pretty quiet. A firecrest was on the rifle range for several days but wouldn’t show and the only other things of vague interest were the pair of stonechats and the male kestrel who is getting increasingly tolerant of people. 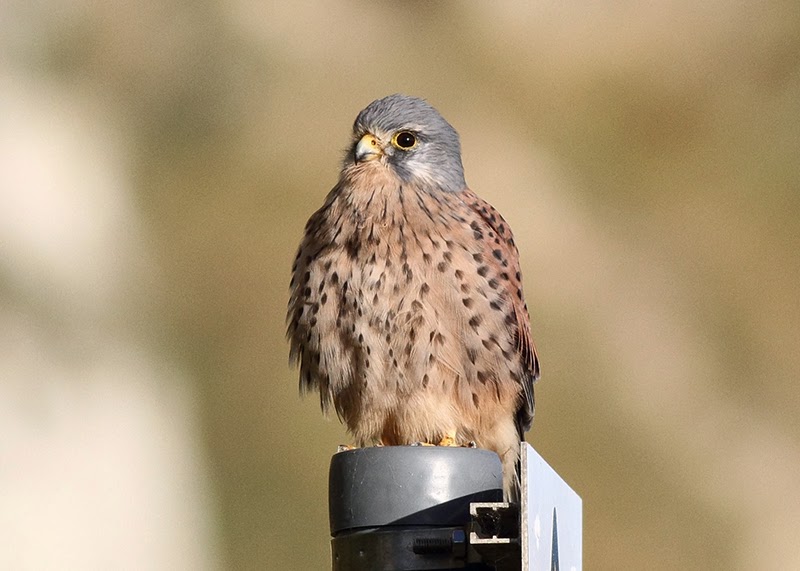 The brents seem to be permanent fixtures now (at high tide) and if you are careful you can get pretty close.
Yesterday there was a flock of long-tailed tits by the steps up to the golf course and I refound them (or another flock)  later by the toilet block. 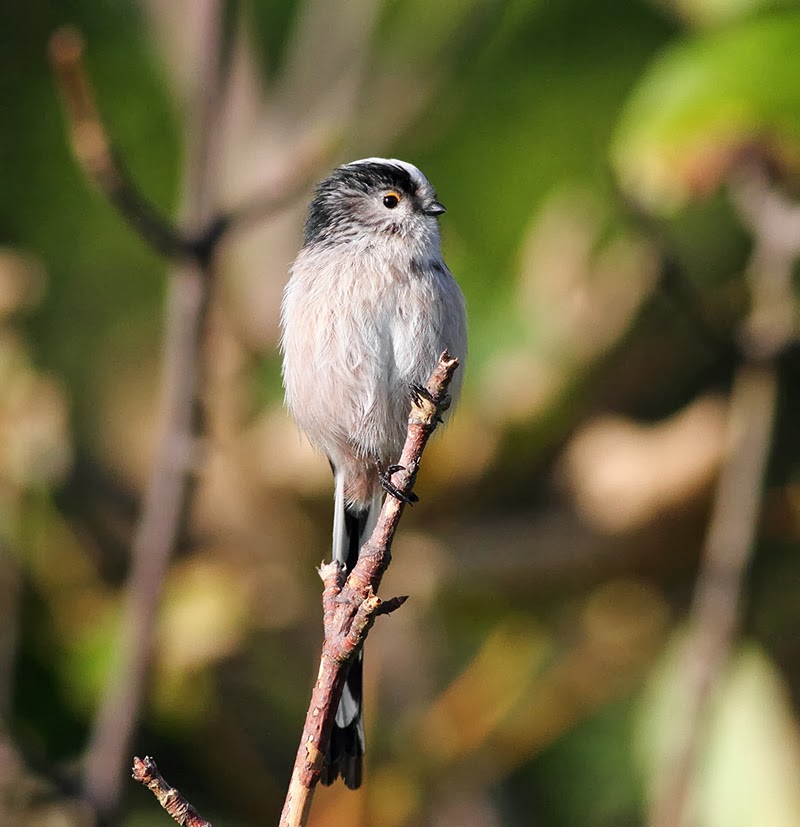 Today, Steve Rayaert and I found a blackcap and a goldcrest along the base of the cliffs and whilst we were on the footpath a fieldfare appeared on the range itself. With the fence in the way we took no further notice and continued to the end of the footpath and moved onto the range to take some pictures of the brents. 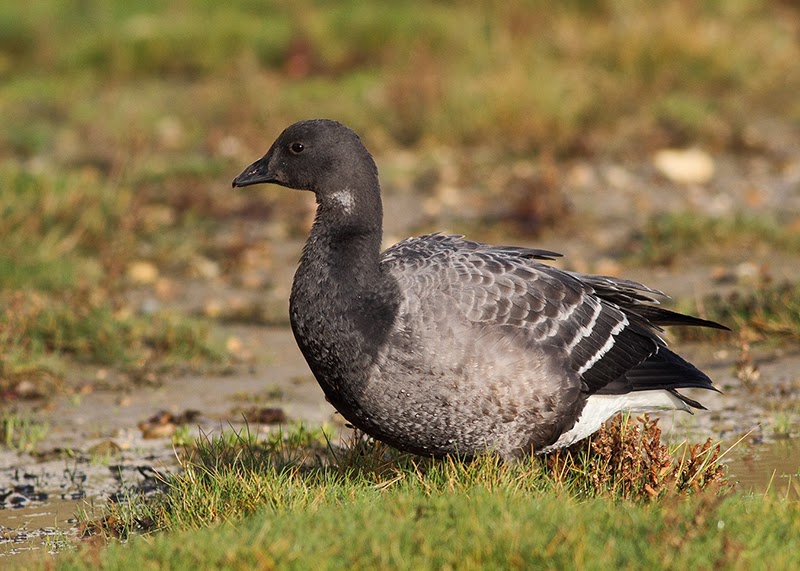 We’d just decided we’d had enough of the brents when the fieldfare re-appeared. It must have just come in because it allowed us to get within 10 yards or so of it and it hopped closer as It was feeding. 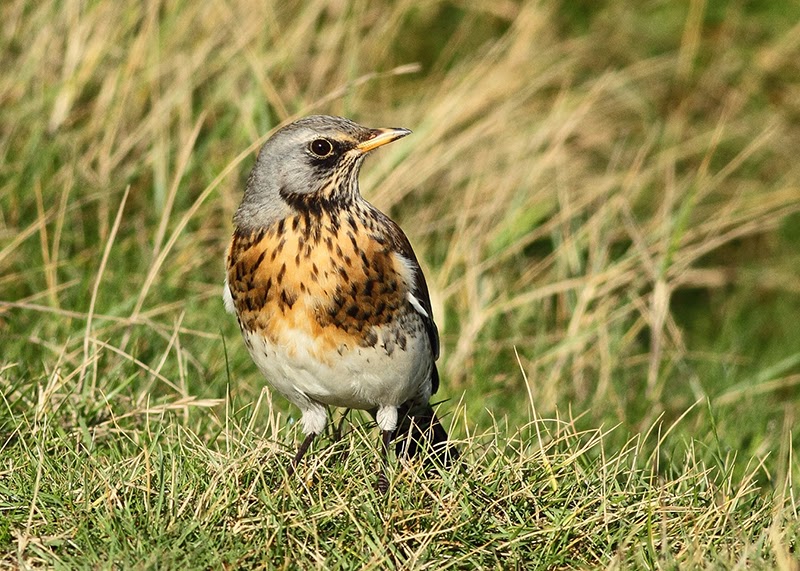 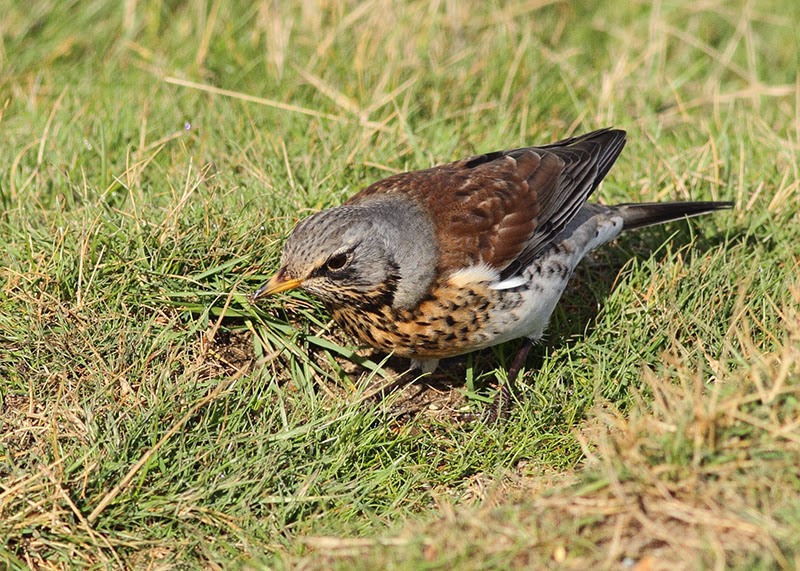 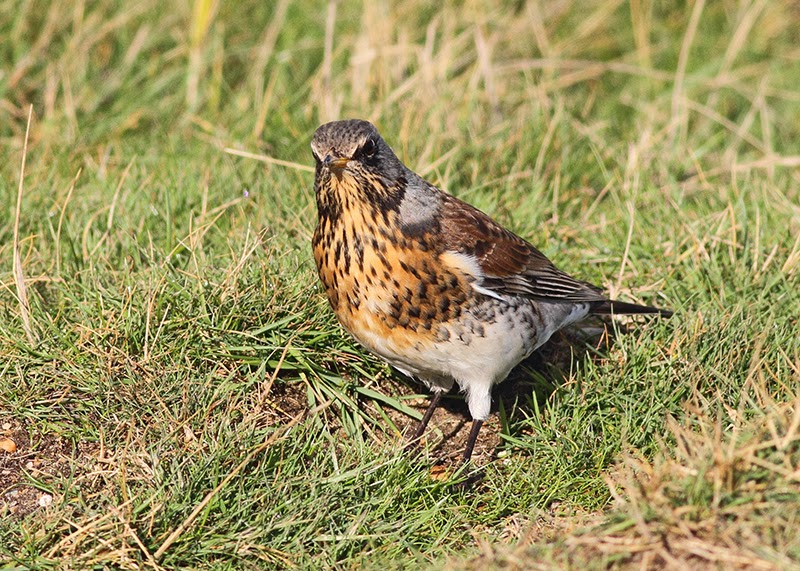 Steve departed for Sandwich and I went to the public loos again and heard a firecrest calling. After a lot of waiting it transpired there were 2 of them and eventually one poked it’s head out of the foliage for 0.5 of a second.

So a nice variety of the more common stuff but no sign of a red flanked blue tail or dusky warbler………yet.

Posted by Greater Kent Birder at 21:45