Of Chiffs,an Osprey and a Spotted Crake

Since my last post on Thursday I have really failed to find anything of note. Rain stopped play on Friday but Saturday (and Sunday for that matter) saw me back at Langdon Hole full of hope for some more (and better) ring ouzel shots. Needless to say it wasn’t the case. I did find 6 ouzels on Saturday but they were more flighty than on Thursday (if that’s possible) and I didn’t get close enough for a single shot and on Sunday I didn’t see any.  On Sunday I had a look around the stubble fields between South Foreland and Landgon hoping to see or hear a Lapland bunting but that was another dip – quite a few corn and reed buntings and a few yellow hammers but no sign of a Lapland. There were also decent numbers of mippits and skylarks but they didn’t want their picture taken.
I also did a bit of bush bashing both at Kingsdown (public toilets) and between South Foreland and Langdon but all I found were chiffs – dozens of them. In the scrub above Fan Bay there were so many that I did wait and watch the them for 30-45 minutes in the hope that something of more interest might pop out but it didn’t. It did allow me to get a few chiff shots though. 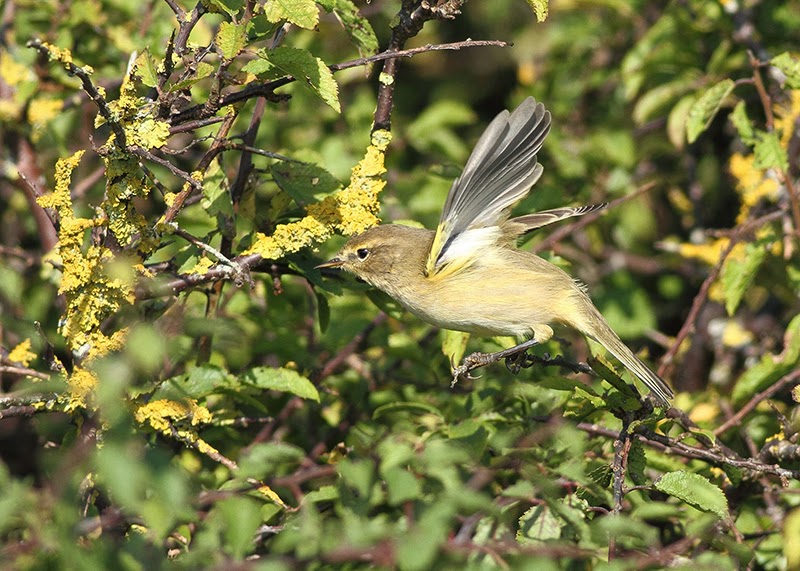 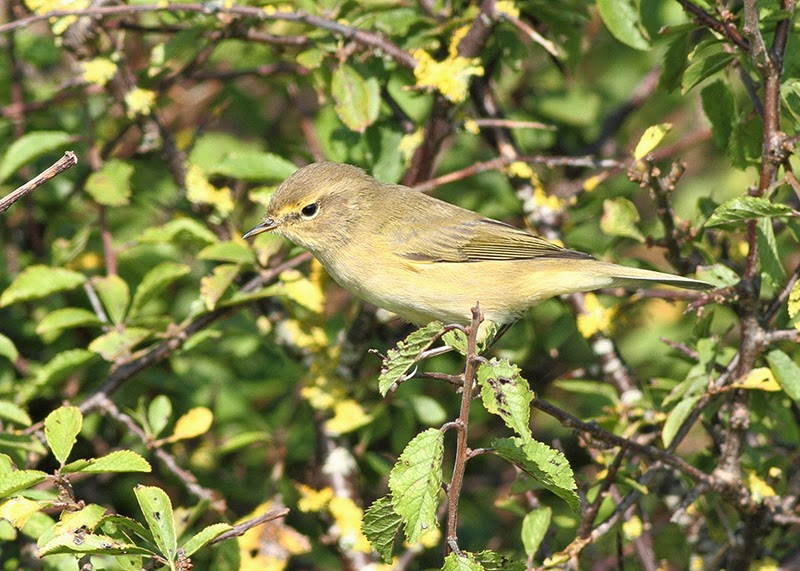 Monday again started at Kingsdown public toilets where all I found were chiffs – I’ve not found a crest there so far this autumn which is most unusual, then after a visit to the docs I went over to Grove.
The hope was for find some bearded tits which I managed but they were very flighty. Whilst concentrating on one group if 8 an osprey flew over my head, over the Feast Hide (scattering the feathered occupants) and disappeared to the SE; I didn’t see it until it was past me and putting up the gulls and ducks in front of the hide.
By now it was midday and I’d taken hardly any pictures so I gave up on trying to find my own birds and went to Oare and spent the afternoon with the spotted crake.
As far as crake watching was concerned it showed very well and at times for prolonged periods but always obscured by reeds. A few times it wandered into areas where it was a little less reedy but whenever it did it was in the shade AND the sun was behind a cloud. As a consequence the shutter speed was very slow and I lost a lot of shots due to motion blur - it was constantly flicking weed out of the way as it searched for food. 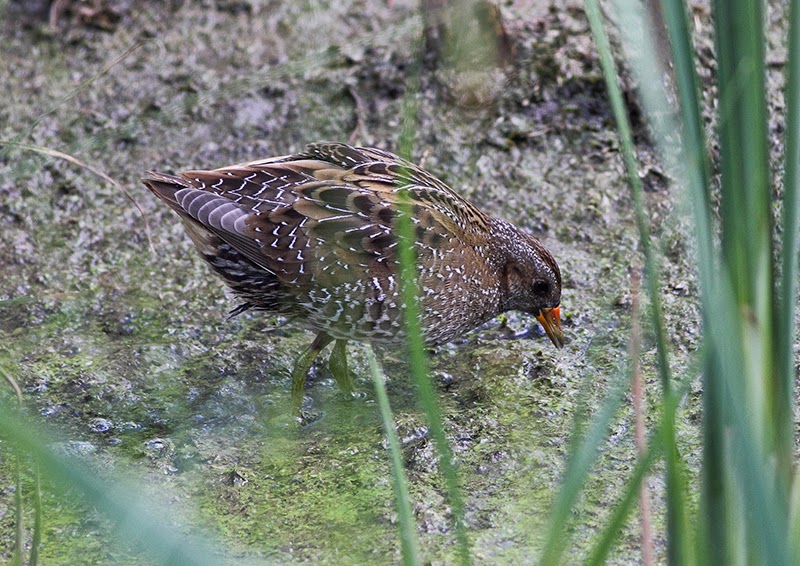 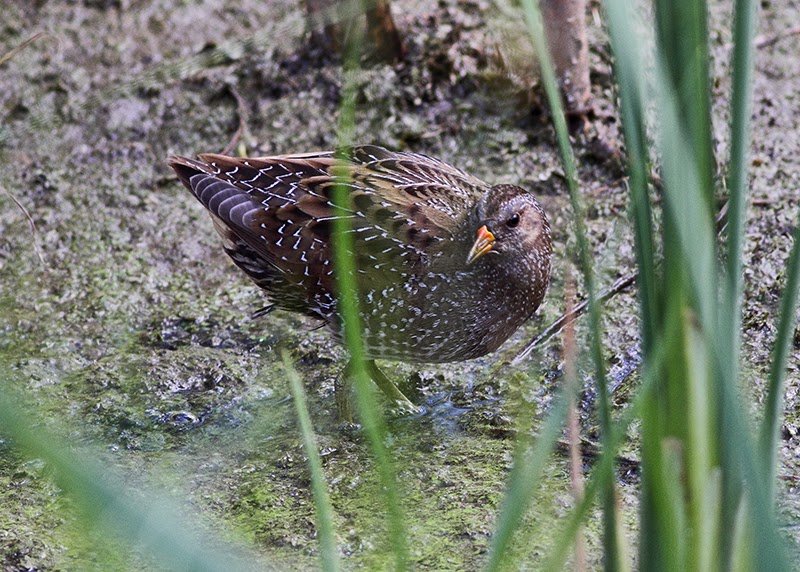 Most of the time it seemed to be walking without a problem with no sign of a limp but on a couple of occasions it did lift up one leg and seemed very reluctant to put it back down and hobbled as it adjusted its position. So I think it has a poorly foot but perhaps it’s on the mend.


With the cold weather due later in the week it needs to fly off ASAP or that might be curtains.
Posted by Greater Kent Birder at 07:11