I had to be In Thanet today so this gave me the excuse I needed to have a look for the snow buntings and shore larks reported yesterday.
I arrived at Minnis Bay at around 8.00 and joined the legions of dog walkers strolling along the prom/sea wall west towards Reculver. Fortunately most only go as far as the gate across the path which was just as well as a few yards past the gate I found the 2 snow buntings feeding on the 2 or 3 feet of weed covered beach that hasn’t been eroded (more on that later). When I spotted the buntings I was all of 8 yards away so I set up the camera and moved closer for some pictures (this is no exaggeration). The light was rubbish so I upped the ISO to 640 so as to get 1/200th. I took loads of shots in part because I love snow buntings and in part to the excessively high failure rate I was achieving. I know they don’t look like it but snow bunts are rarely still and any movement resulted in a total blur. 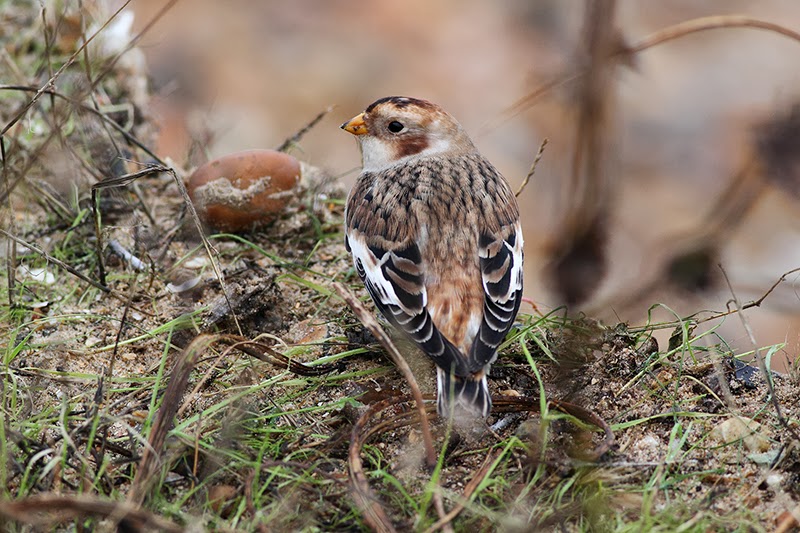 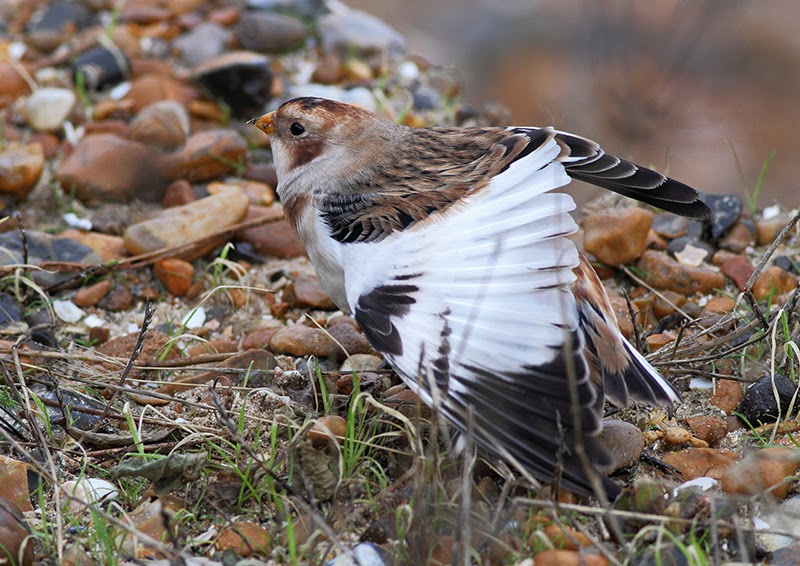 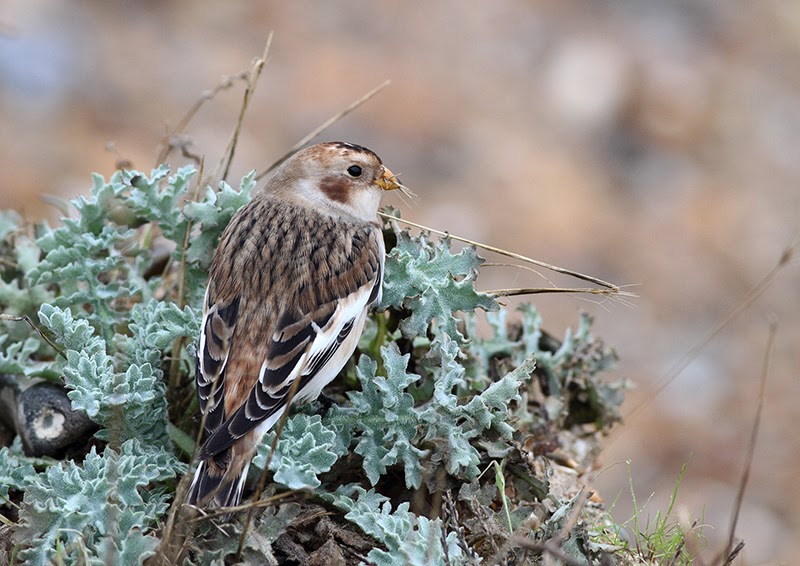 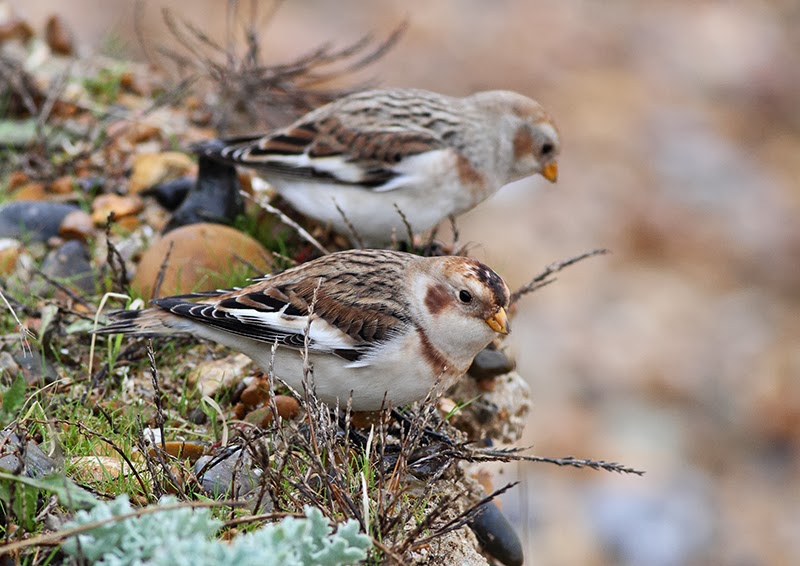 After a few minutes of enjoyment one of the dog walkers decided to  let her dog walk along the 2 feet of beach top remaining and right under where I was sitting photographing the birds. Just how un-thoughtful can people be? She didn’t have a white stick so she must have seen me photographing the birds. Fortunately the birds flew out over the sea and returned just a few feet from where they started.
At this point I dropped down onto the beach to get some eye level shots. They weren’t quite so happy about me getting close when on the beach but seemed happy with 7-8 yards. 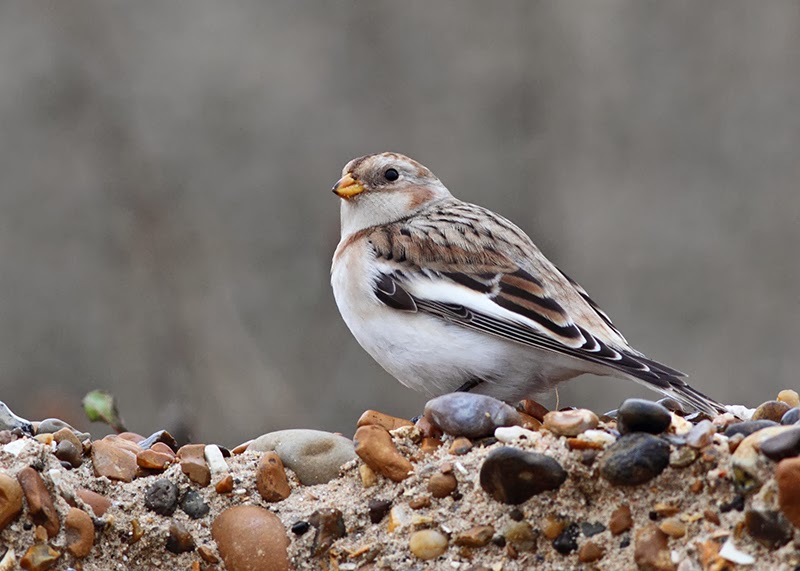 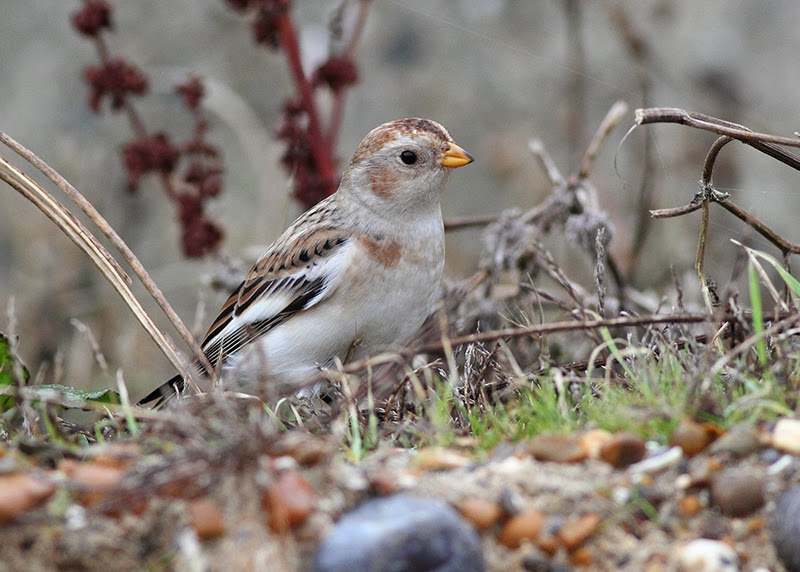 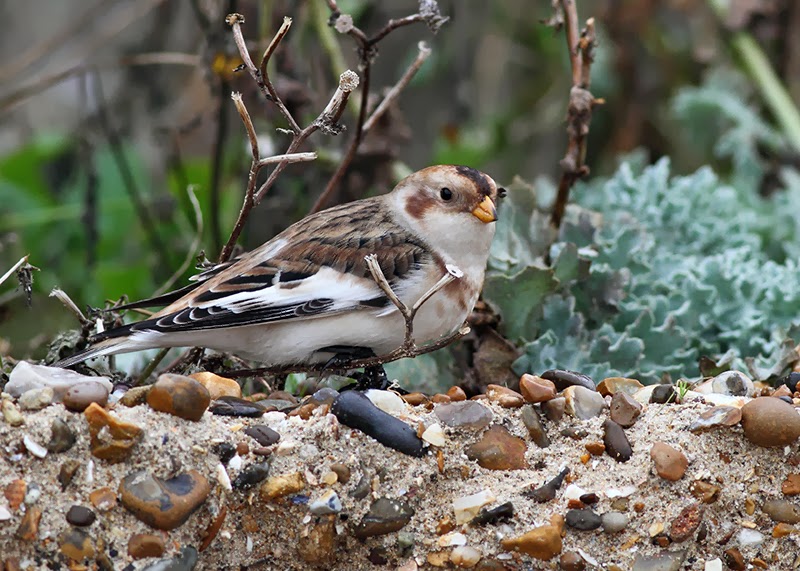 Eventually even I tired of taking their picture so wandered off towards Cold Harbour in search of shore larks and seeing lots of mippits and  chaffinch on the beach and up near Cold Harbour a large flock of linnet and goldfinch (400?) plus a few brambling.
On the wader front there was a flock of 60 or so ringed plovers, 20-25 turnstones and a group of 8 grey plovers.
At  Cold Harbour there were a pair of stonechats but the most notable thing was the level of erosion the shingle bank there is suffering from. The top of the bank is now only 3 feet wide at it’s eastern end and another storm or two could see it completely washed away. A lot of the beach along the whole stretch between Minnis Bay and Reculver  is disappearing so I Googled “Erosion at Minnis bay” and all I could find was this (it wasn't dated so I don't know how current this line of thought is)
http://www.se-coastalgroup.org.uk/wp-content/uploads/2012/02/Statement_4a14.pdf
To summarise it says that the current short term plan is to try and maintain the current beach and sea defences but over the long term this is unsustainable due to the lack of material to rebuild the beach . The beach  would therefore be surrendered under a “Managed realignment” creating salt marsh (with the loss of the Oyster Farm etc) with the maximum extent of the ingress being the seaward side of the railway. The beach is disappearing at quite a rate so this could happen pretty soon.
At Cold Harbour I turned round and retraced my steps but this time I found the shore larks about level with Plumb Pudding stables. They were on the wider part of the beach top but as they saw me approaching on the road they dropped down to the lower beach. I sneaked out onto the top part of the beach and managed a few shots before they’d had enough and flew off west. 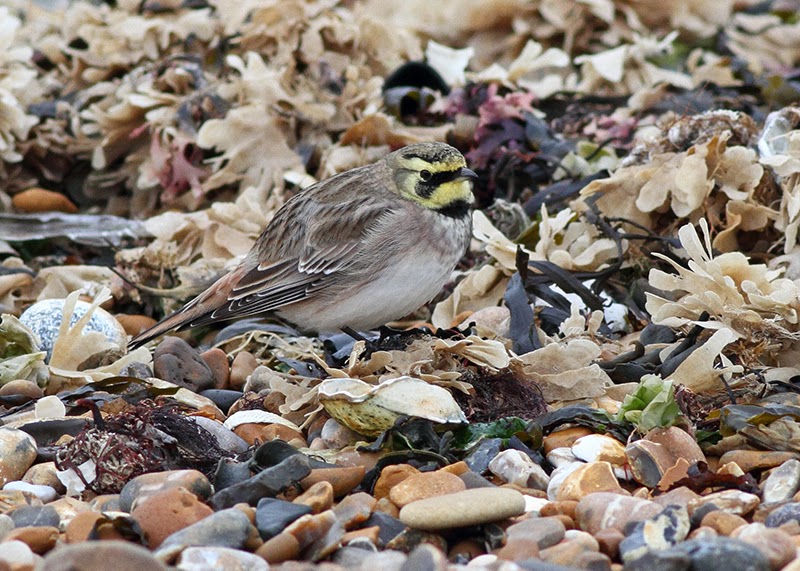 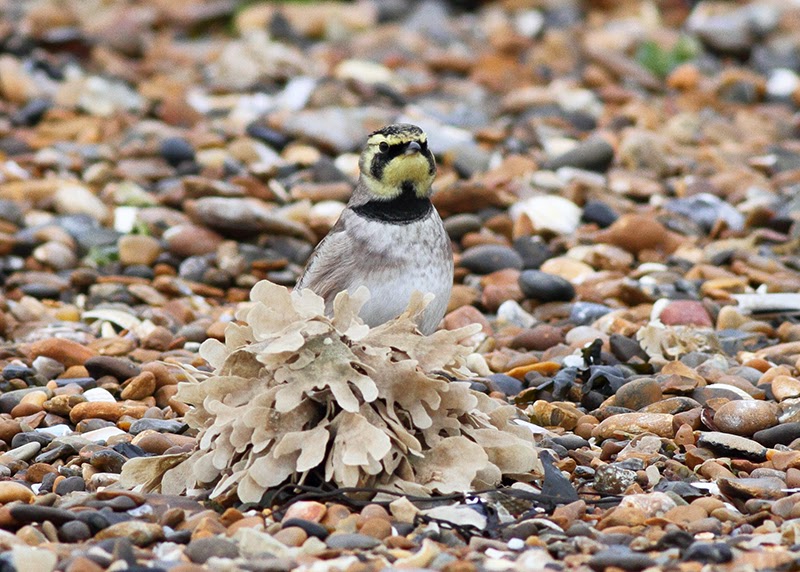 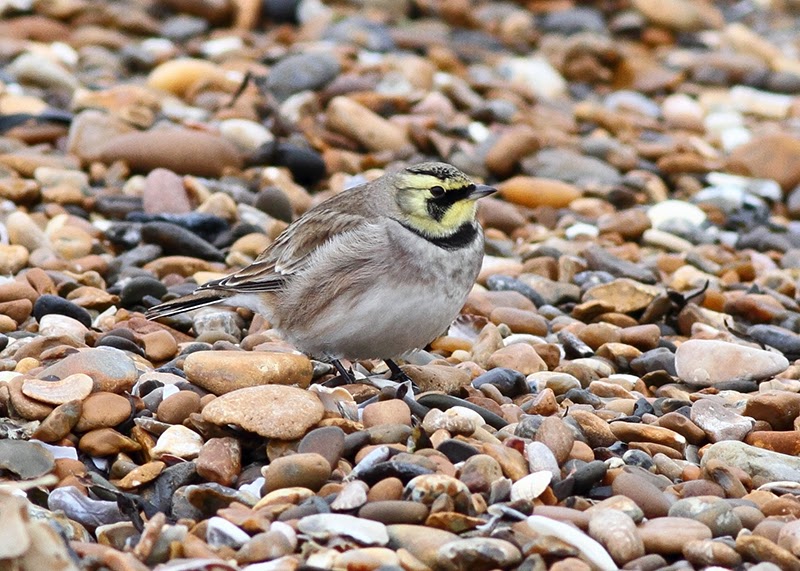 Mike Gould had joined me by this time and he too managed a few shots.


I told Mike about the snow bunts so he walked with me back towards the gate –  the snow  buntings were still there. A few more shots then it started to rain so we both departed. This was just as well as I got a phone call from the wife asking that I come and collect her from the hospital.
Posted by Greater Kent Birder at 10:00