The weather forecast suggested the day would start foggy and damp but first thing the sun was out, it was quite warm and there was no wind……….unfortunately there were no birds either or at least no birds around the Kingsdown toilet block (other than a few chiffs and tits).
All this was to change.
The cloud rolled in, a light mist descended, the temperature dropped, I moved to the rifle range ………………………………and I found some nice birds.
No sooner had I gone through the metal gate on the rifle range when I flushed a ring ouzel which flew up onto the cliff face then moved into a small tree 100 yards into the range. 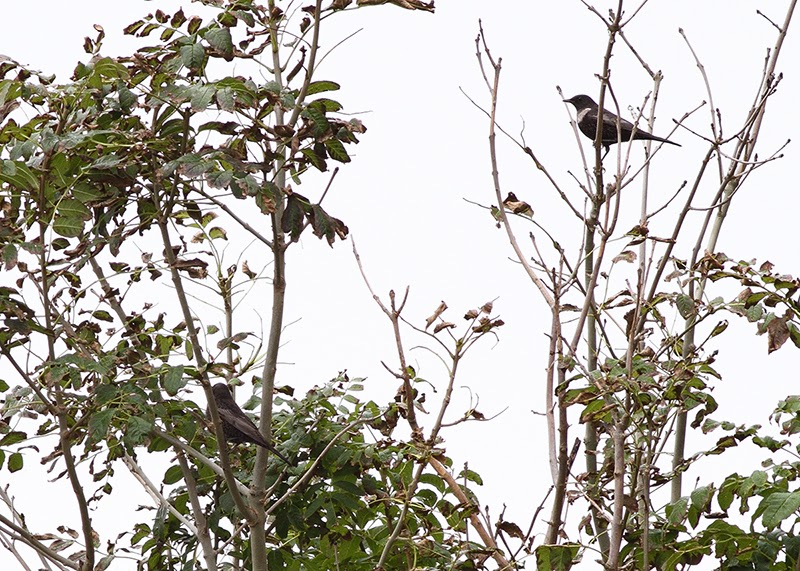 I tried to get closer.
The adult male had had enough and flew up onto the cliffs towards the southern most end of the range but the second remained in the tree. From a photographic perspective the bird was in completely the wrong place with a twig right across its face but I think the twig hid me from the bird and I managed to get quite close (by ring ouzel standards). 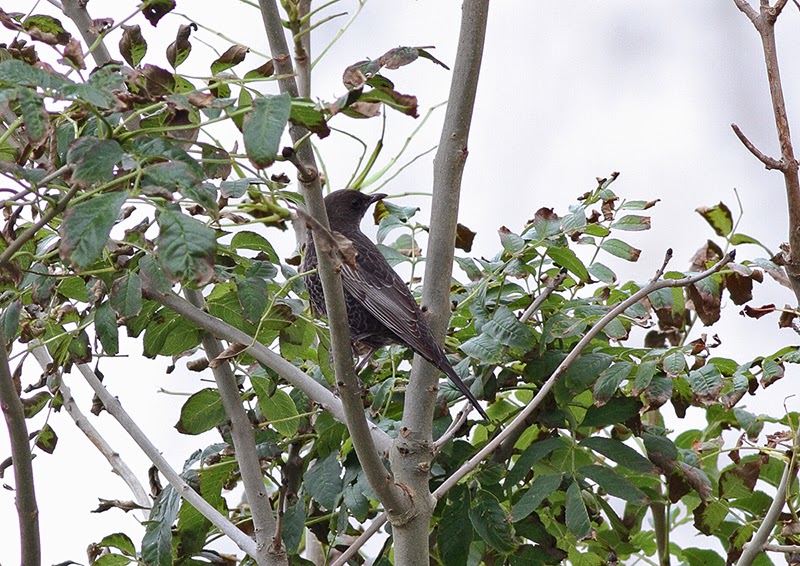 Whilst photographing the ouzel I had seen several small things flitting around the same tree and eventually I put the bins on to them…………..2 chiffs and what I thought was a yellow browed warbler.
All thoughts of the ouzel disappeared and I moved closer hoping for a shot or two of the “YB” - a bird I rarely see let alone photograph. 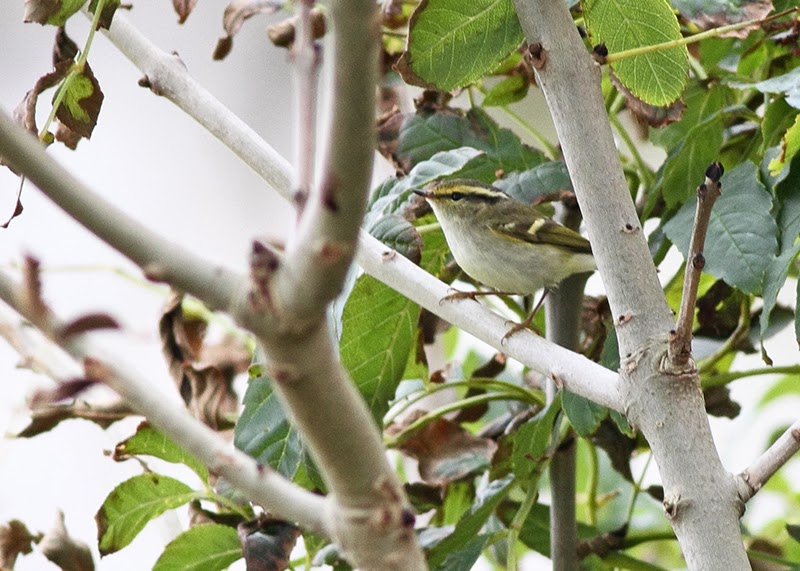 The” YB” was constantly in motion and I followed it’s movement though the camera lens  firing off shots every time it was in the open. It was during one of these flits I saw a vivid flash of pale yellow. The yellow browed was a Pallas’s!!!!!!

Whilst what I was doing didn’t change my anxiety level had.
The light was very poor and despite ISO 640 I still only had around 1/100th sec so I needed the bird to be still for a moment or two and eventually I struck lucky.


After a couple of minutes the bird disappeared into the scrub and although I saw it a little later I didn’t manage any more pictures.
That’s not the end of the story though because in the same area were a pair of stonechats and whilst we were waiting for the Pallas’s to re-emerge a firecrest moved in then out again and disappeared down the track.

The firecrest was the only bird to show when the sun was out.

All in all a very pleasant morning only a few hundred yards from the door.

Posted by Greater Kent Birder at 15:58