Sandwich and Dover in the sun

At last some sun though trying to decide where to go with so few birds around was been a bit of a problem. In the end I settled for a walk along the beach at Sandwich on Saturday and the Prince of Wales pier on Sunday.
As normal for a walk along the beach at Sandwich I parked by the poly tunnels at Newdowns but beware - at the moment the area is a mud bath due to the engineering work on the pumping station and traffic to the Sandwich flood defences.
From the poly tunnels I took the footpath towards The Lodge but the walk to the sea was more or less birdless – just 13 rooks and 5 starlings. The walk along the beach was similarly bird free but eventually a couple of skylarks were kicked up and the flock of snow buntings (13) flew past and disappeared north towards the point. I don’t know where they came from or how far up they went but I never saw them again.
Alongside Princes clubhouse I found 3 sanderling and spent some time with them: 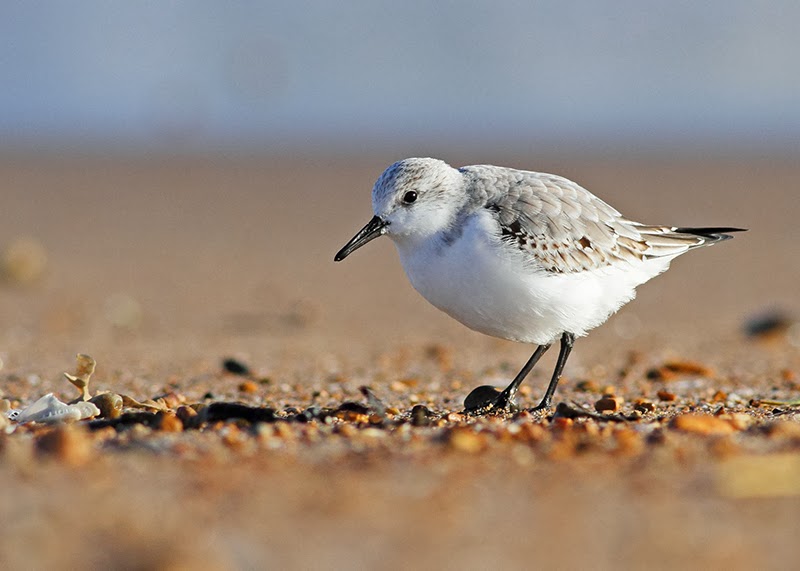 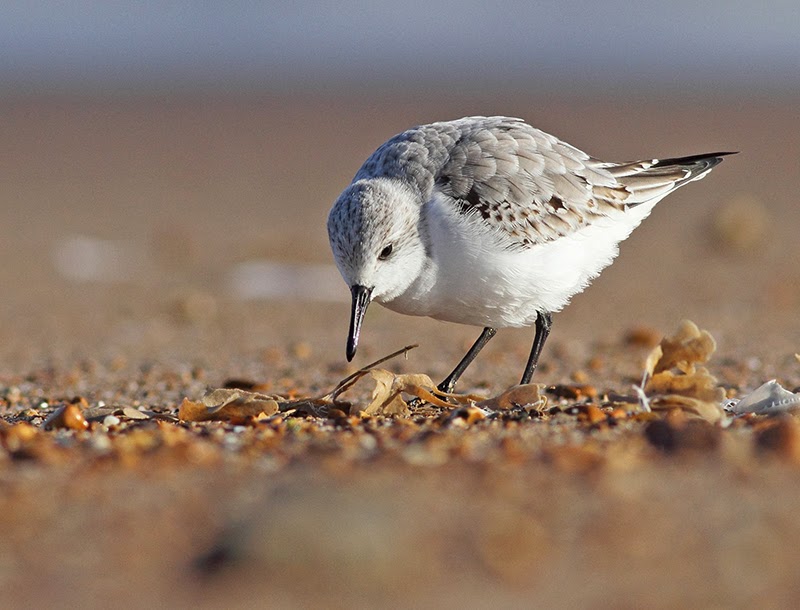 As I continued north I found a mixed flock of waders; bar-tailed godwit, grey plover, knot, dunlin and sanderling but they didn’t like me approaching so I backed off and left them there. When I got home and looked at the shots I took of the waders one had very yellow looking legs. I can’t see the rest of the bird so I assume it is just a knot where the light has caught the legs at an angle that shows up their yellow colouration though it must be said that all the other knot photographed seem to have black legs. 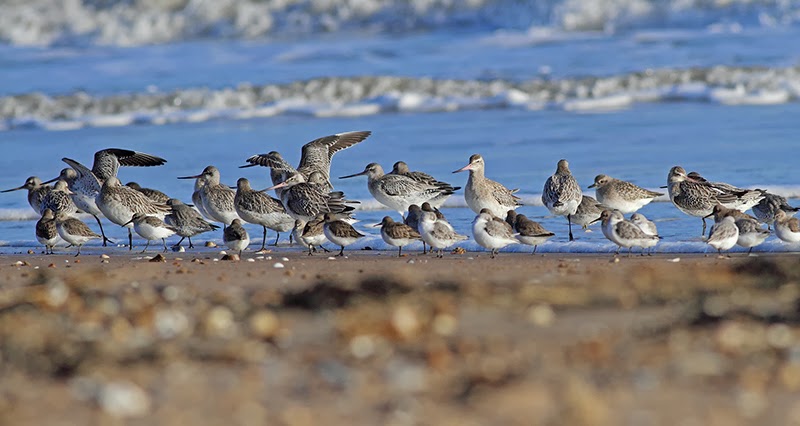 On the return leg I found a pair of stonechat and 2 reed buntings but little else. I don’t think I saw a finch during the entire walk – where are they? 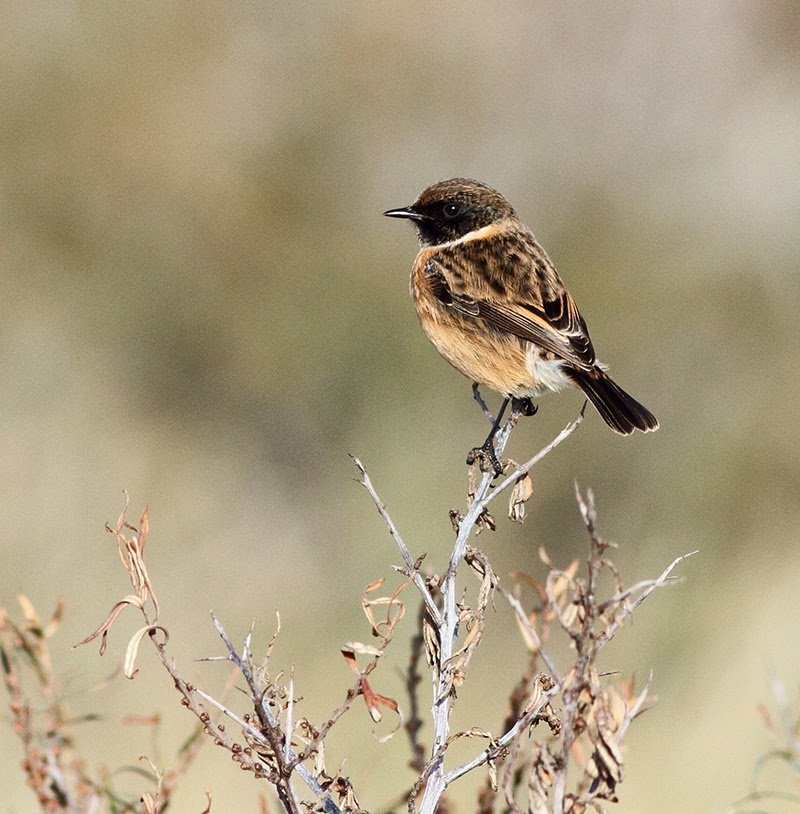 As Chiddy reported yesterday Dover harbour is devoid of any of the normal winter visitors though the brent goose was feeding on the weeds growing on the hover pad. At the end of the pier I popped into the loo and when I emerged was faced by a greater black-backed gull on the narrow walkway!
I moved away to get the camera out and then got a few shots of it near the steps back down to the pier proper – a walker kindly waiting whilst I took the shots. It was clear it had a length of fishing line around it’s legs so I assumed I was injured. 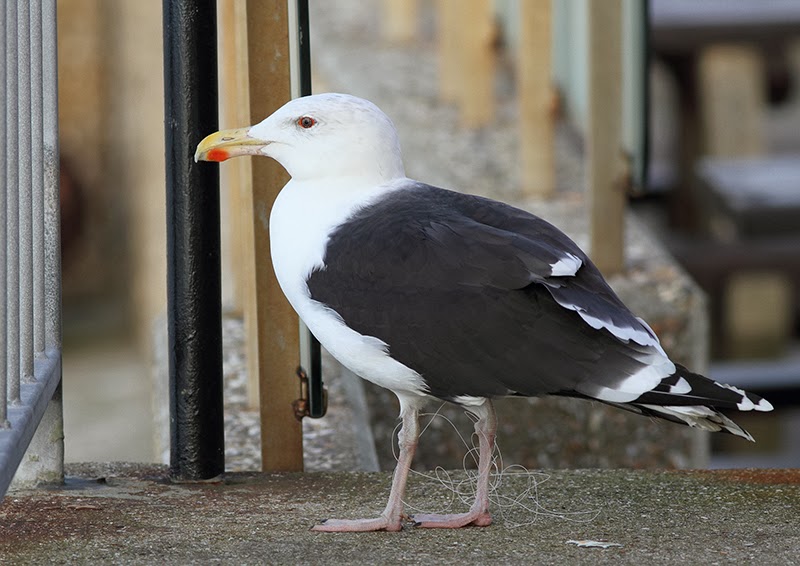 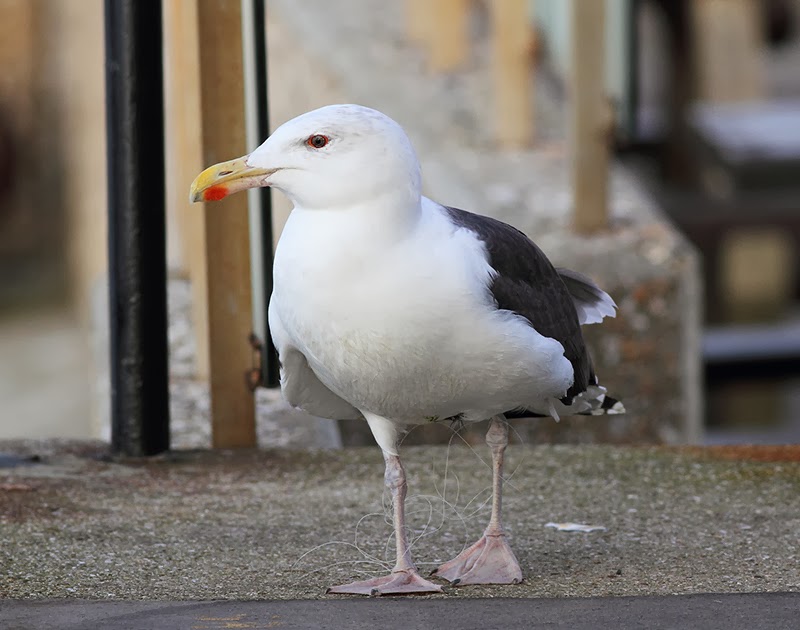 When I stepped aside the walker went along the walkway forcing the gull to drop down onto the pier where it started walking shore-wards past the fisherman……..I followed.
Several times the gull had to stop it’s shore-wards journey and back-track towards me due to walkers coming along the pier but each time, after the walkers had passed, it resumed its journey all the time the fishing line seemed to be working loose. 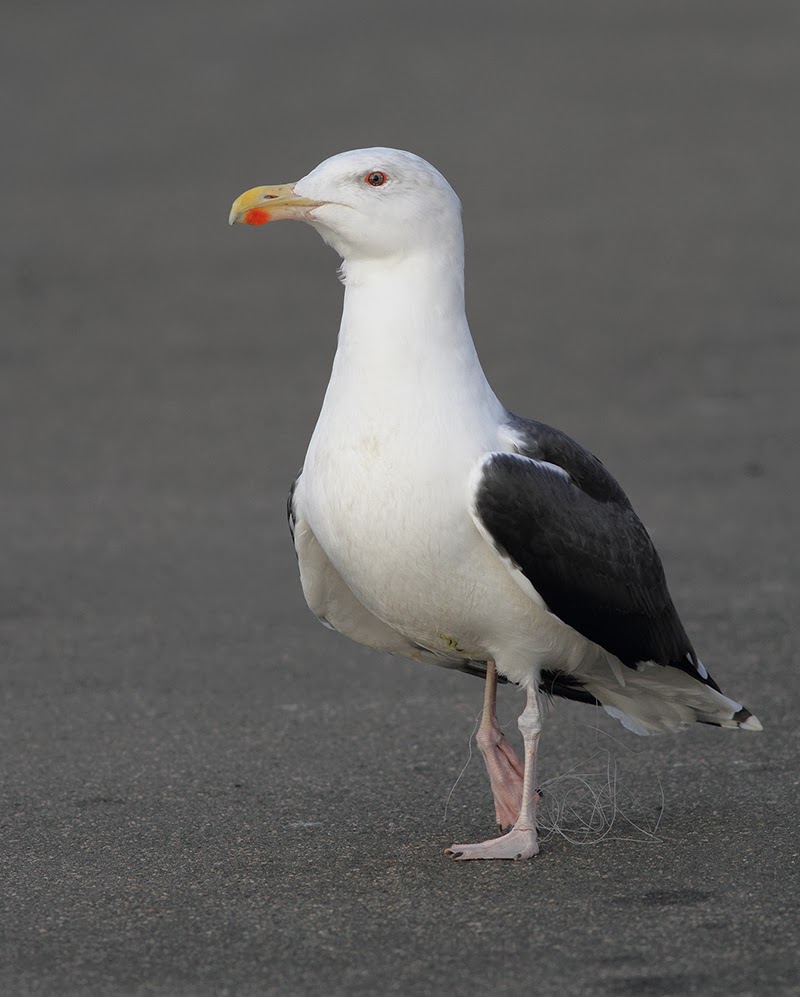 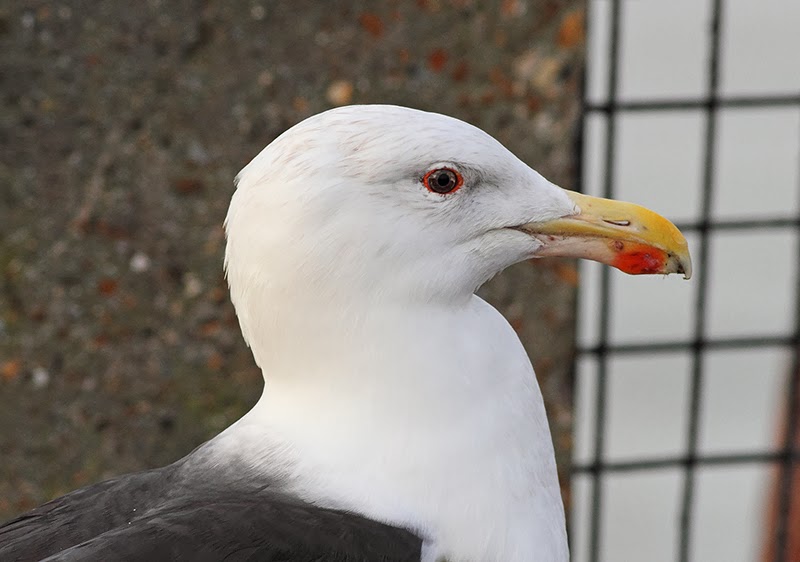 Eventually it reached one of the gates that lead to the steps, went under the gate, and after a couple of minutes flew across to the Admiralty pier; so it would seem no harm done.

Posted by Greater Kent Birder at 18:44