My day started in the hide at Restharrow seeing a lone Mr Ashdown who was busy counting teal - there were a lot to count. I then wandered off to the sea front hoping for some snow buntings to go with my recent Lapland (and not so recent Ortolan bunting) shots but I'd only seen a short-eared owl come in-off when I got a text alert saying there was a desert wheatear at Reculver. I have seen desert wheatear before,  the one at Sandwich a few years ago,  however after constantly complaining nothing ever turns up locally (I always manage to forget anything good I've seen) and in the knowledge they normally hang around I went.

As I passed the towers I could see a group of people up towards Cold Harbour and another loose group opposite the oyster farm........obviously it wasn't preforming for the crowd and when I reached the oyster farm contingent they told me it was on the roof of the shed. Well I could see something on the roof but the light was right into my eyes so couldn't tell what it was.
After a while the bird disappeared from the roof and I was just about to make my way around the back to look for it when it was spotted on the sea wall.
Half a dozen scurried off after it stopping evry so often to get some shots then moving closer. We actually got very close though the light direction was somewhat sub-optimal being side on.

A few walkers were trying to get along the wall and very kindly hung back until we had got shots as good as we were going to get and when they went past the bird they walked on the inland side of the road (as we'd asked) so increasing the chance it would be flushed onto the shingle.....which it duly was.

Now the bird was down-light of us but it rapidly moved down to the rock pile about 400 yards east of the towers. The bird stayed there for a while (everyone staying on the sea wall) then it made it's way back west towards the towers along the shingle.....we all followed. 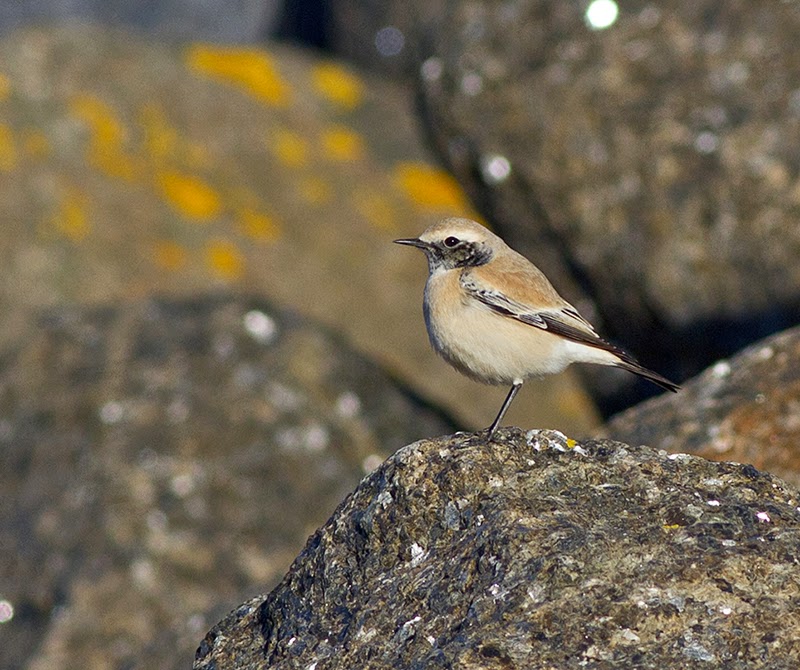 Once back at the towers it moved onto the rocks beside the railing and it was here it was the closest and the light direction was good. Unfortunately it didn't stay long in any one place and when it did it was facing us but I managed my best shots here. 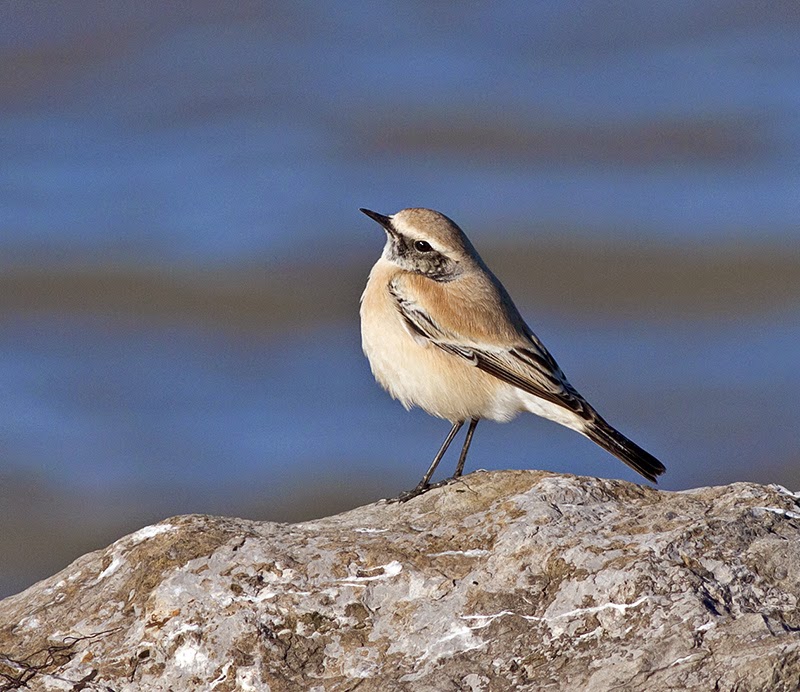 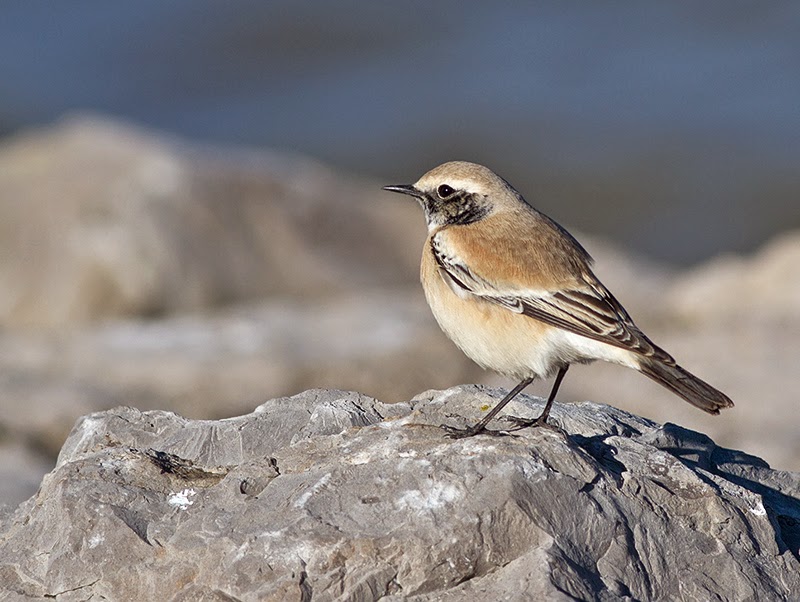 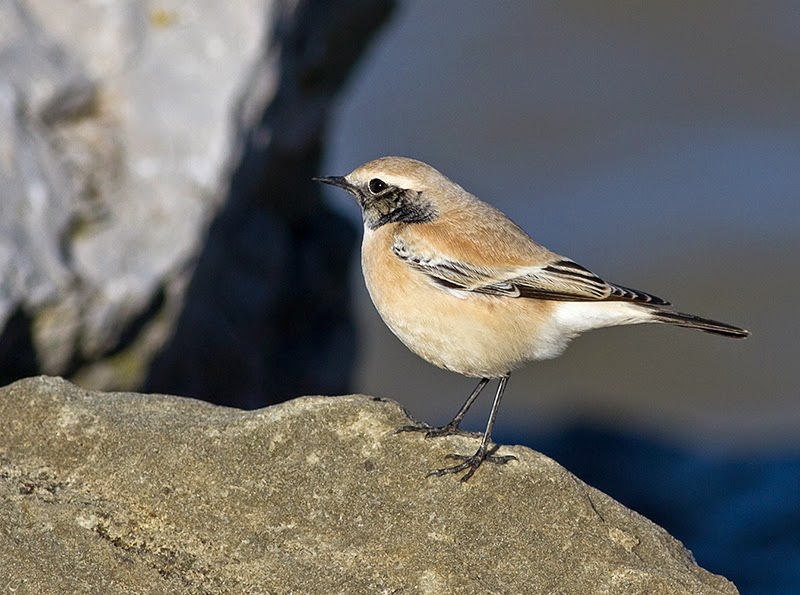 After a short while the bird flew back along the beach to the eastern rock pile and everyone moved after it. I did think about leaving because I doubted that I would improve on what I had in the bag but I wanted to catch up with Steve and Mike and probe them about their new 7D mk2's.
We sat on the shingle as the bird fluttered around the rocks and shingle but it never came quite close enough (in comparison with my earlier views).


Eventually it went back to the tower rocks and sat for a long time just watching us watching it - brilliant views but just a little too distant for my 400mm lens. It did however have a scramble up one of the rocks and showed off it's tail brilliantly. 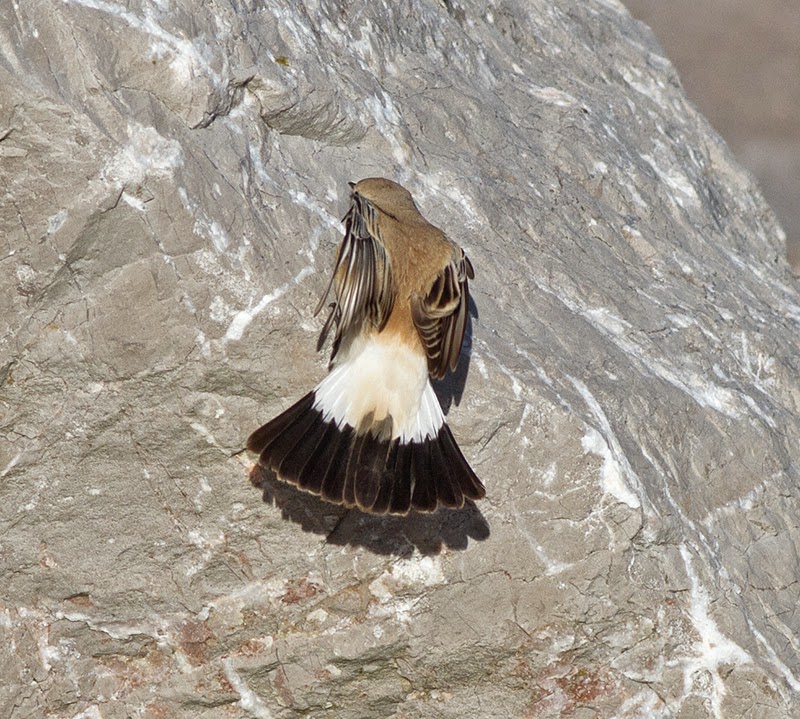 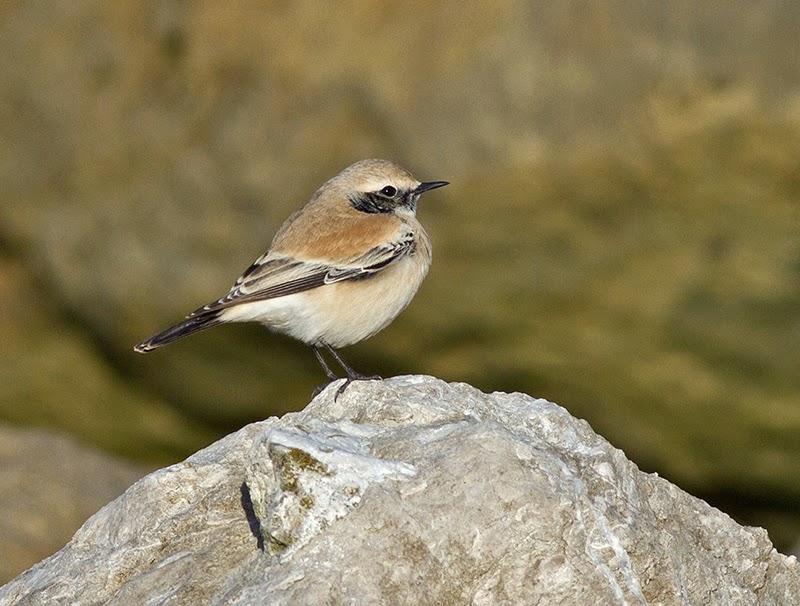 It sat on the rocks for quite some time then disappeared west which was when I gave up.