Since getting back from Sri lanka I have been going out most days; well some days - I've more or less given up trying on the days when the cold east wind blows...which seems to have been most of the time since getting back.
The east coast fringe (Sandwich, Kingsdown and on a couple of occasions Langdon Hole) has also been pretty birdless with only blackcaps being around in any numbers though for a few days the Egyption goose showed pretty well on Restharrow scrape and I found a pied flycatcher in the Elms.
The highlight since I've been back was undoubtedly the trip to France with Mr Ashton and co seeing grasshopper and savi's warbler as well as stilts, storks, spoonbills, cattle egret, black necked grebe.........how can 60 miles make so much difference?

Anyway with reports that hobby numbers were good and with a favourable weather forecast today I went to Grove/Stodmarsh.
From a bird watching perspective things got off to a very good start with several bullfinch and a singing nightingale as well as the more common stuff from the track between the road and the ramp. From the ramp not much was on show until a duck flew in - quick check .... a garganey. As I said a good start.

The walk from the ramp to Harrison's drove had the normal sedge, reed and Cetti's warblers though the first two were rather quiet but what was good to see (and hear) was the number of bearded reedling around - I actually saw about a dozen (adults and juveniles) in 3 separate groups.
The Feast Hide was as poor as ever with only a gt crested grebe, a few mallard and a common tern on the raft and Harrison's drove hide revealed next to nothing - how can such a wide expanse of what looks like great habitat consistently be devoid of avian life?
A cuckoo was calling from the direction of the Whitehouse but this was only one I heard all day. It seems the other cuckoos may have pushed off.
With just 4 hobbies on show around the Marsh hide so I went to the Alder Wood - plenty of the normal stuff with a female blackcap getting in front of the camera. 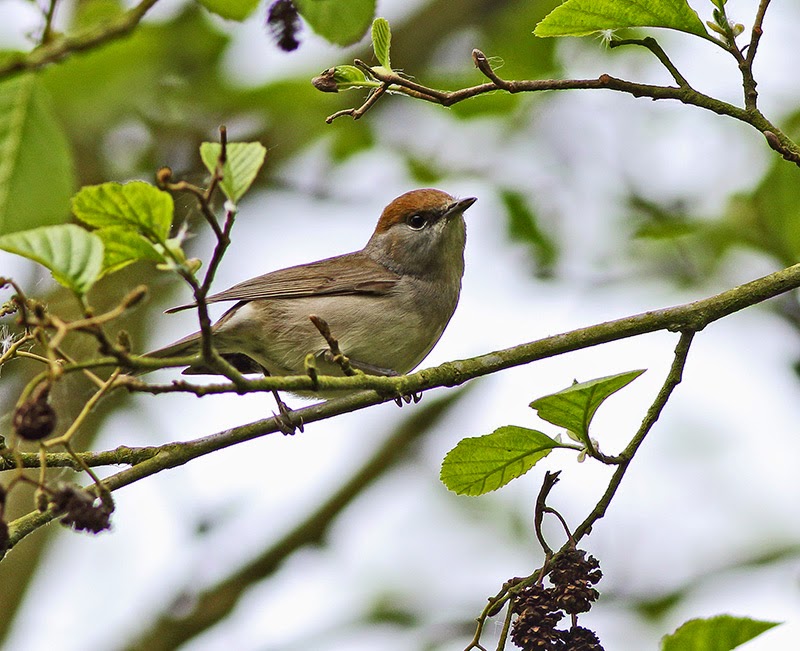 Whilst in the Alder Wood a guy (who naturally was feeling very pleased with himself) told me about a black winged stilt on the water meadows but I couldn't be bothered to walk that far to see a distant stilt whilst looking into the sun. What with Marquenterre and The Gambia black-winged stilts no longer hold the attraction they once did.

Back at the Marsh hide I prepared myself for a hobby fest..........which never quite materiallised. There was about a dozen around but most of the time they were very high though a few came down a bit lower and a few shots obtained. 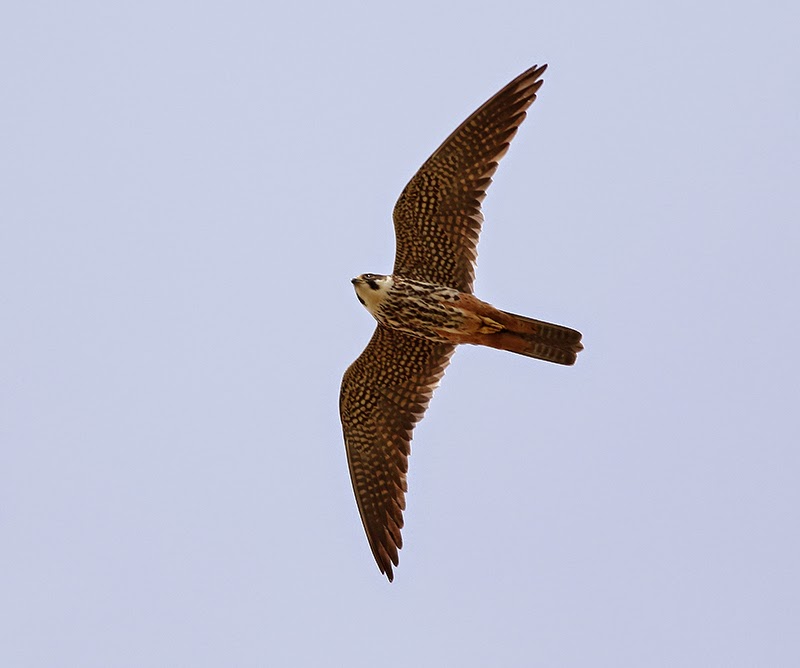 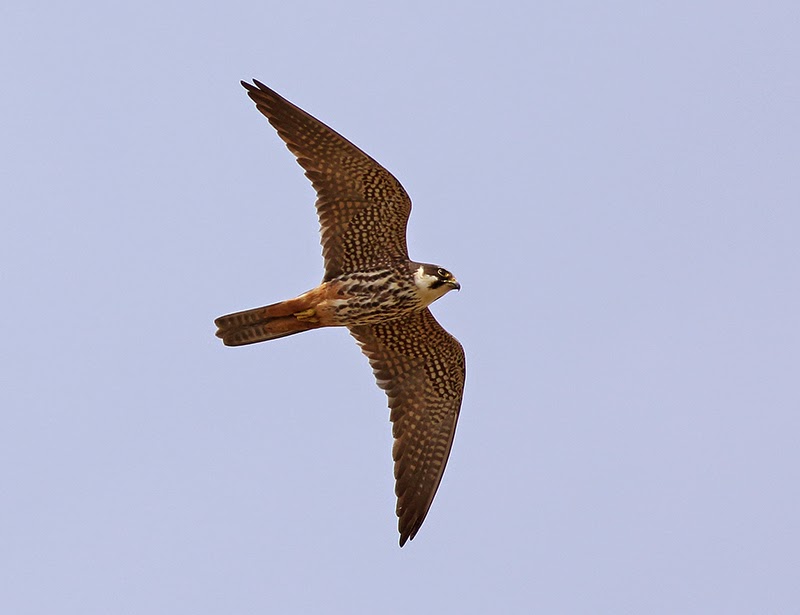 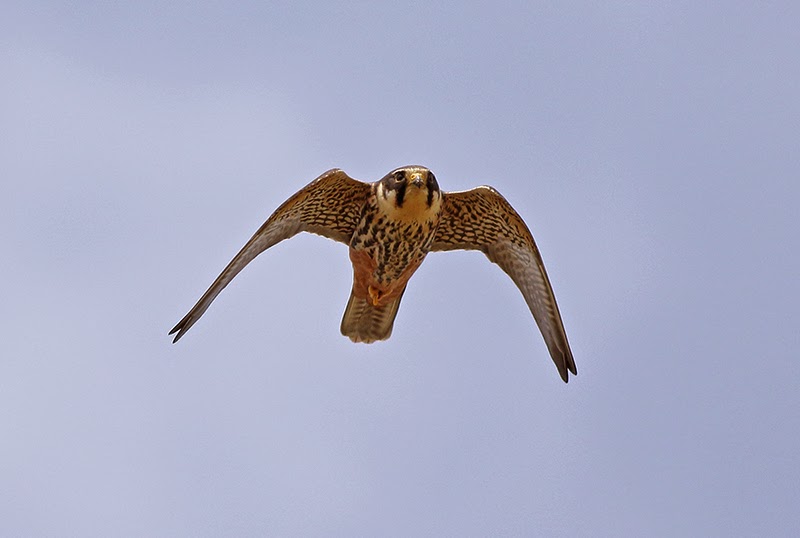 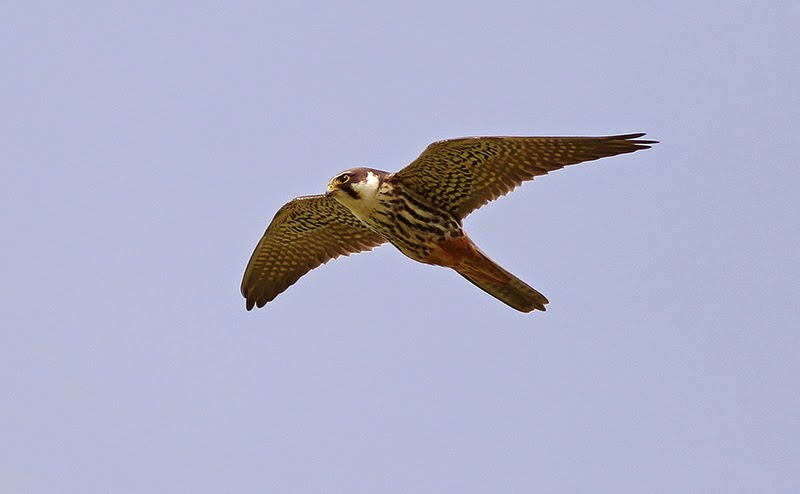 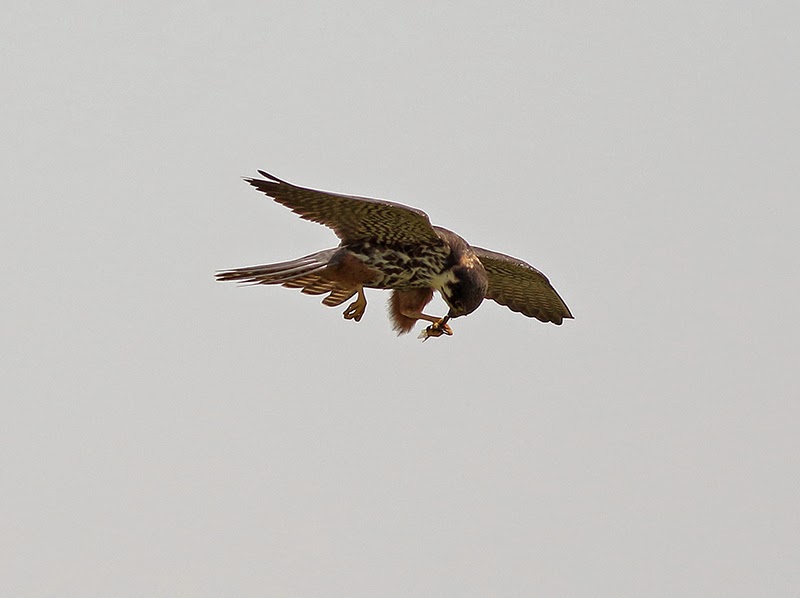 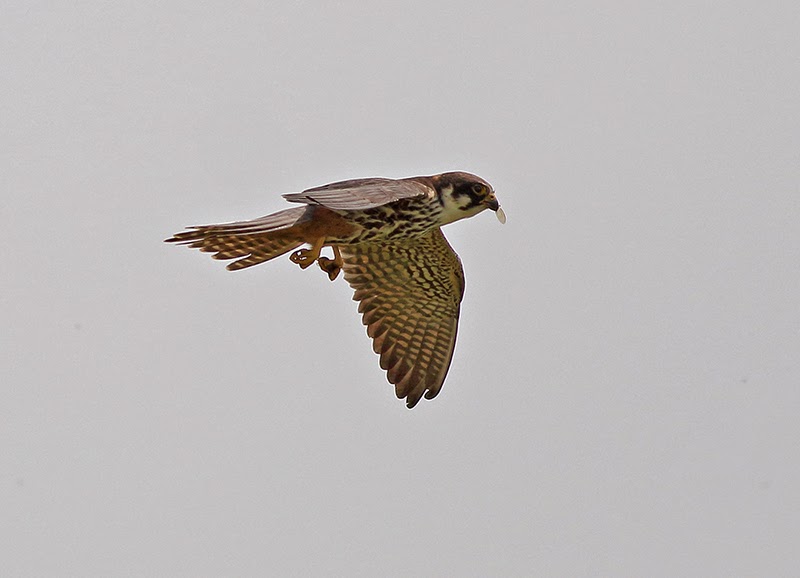 Posted by Greater Kent Birder at 13:27