I've not been out much and when I have my efforts have been directed at failing to find a lesser spotted woodpecker. I've had 2 sessions at Bossendon and another near Molash.
The results of these sessions have been almost exactly the same - the normal blue, great, long tailed and coal tits plus the welcome sight of marsh tits, nuthatch, goldcrest, tree creeper, plus green and gt spotted woodpecker and drifting over the woods buzzards.

Today I went to Dungeness by way of a change.

I started by the fishing boats and puddles hoping to be able to recognise the 1st winter Caspian gull but it was either not there or I'm incapable of picking it out from it's buddies.
I did see an interesting looking herring gull that was quite small, slender, with a very long neck, a pear shaped head and slender beak but the legs looked short, the beak quite brightly coloured and the eye colour pale with a yellow/orange ring. My conclusion was it's an odd shaped herring gull but what do I know! 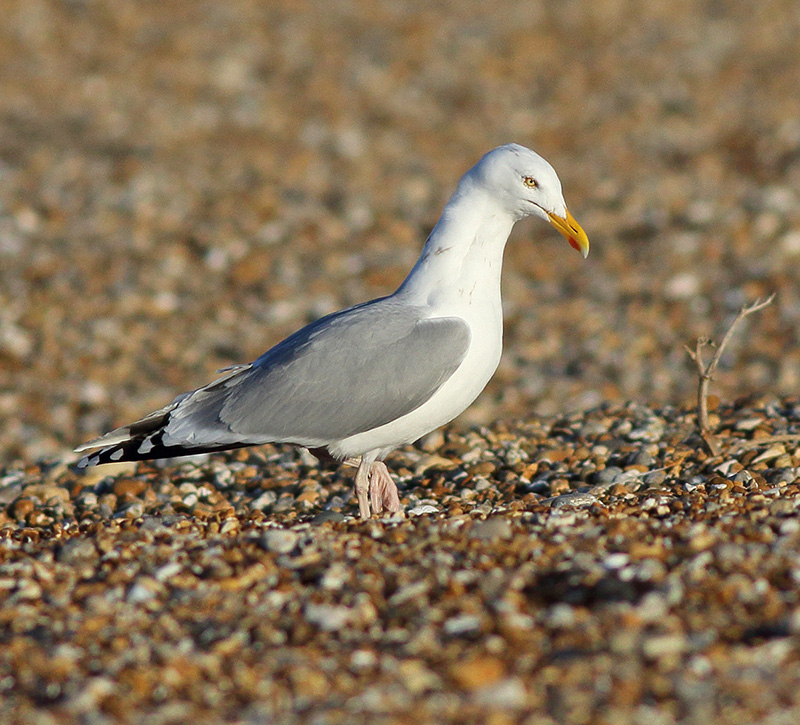 I soon gave up by the boats and drove down towards the Obs finding a pair of black redstarts. I did try quite hard to get some decent images of these - well that's what I call sitting in the car hoping they'll come closer but I only managed a few record shots. 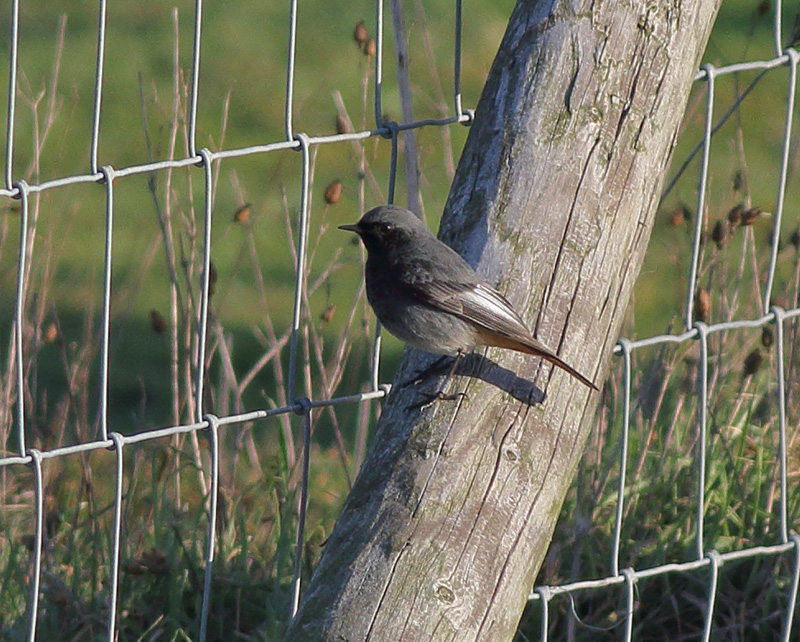 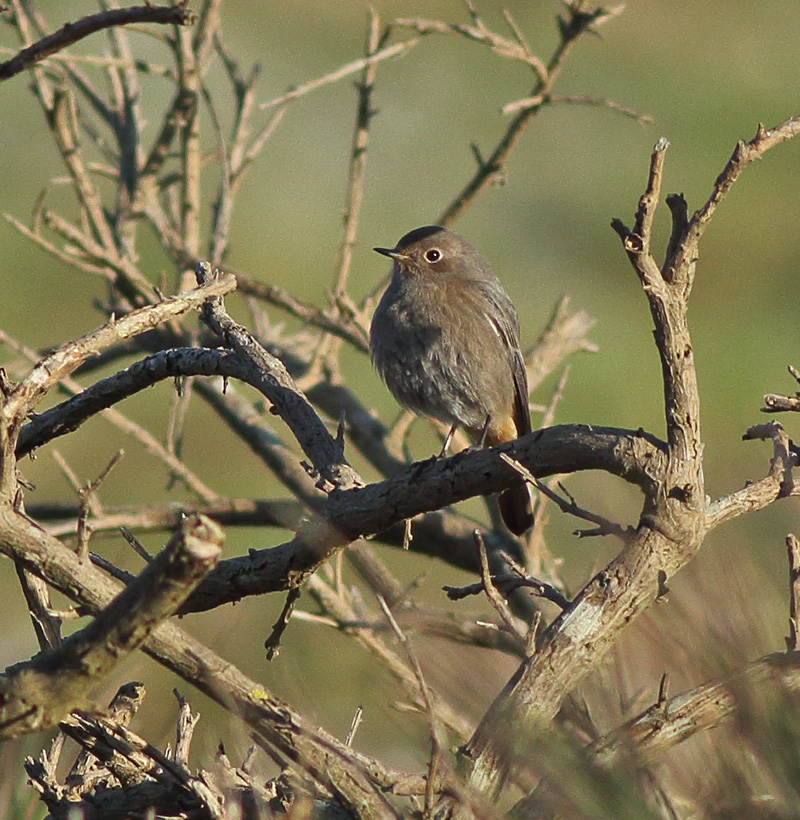 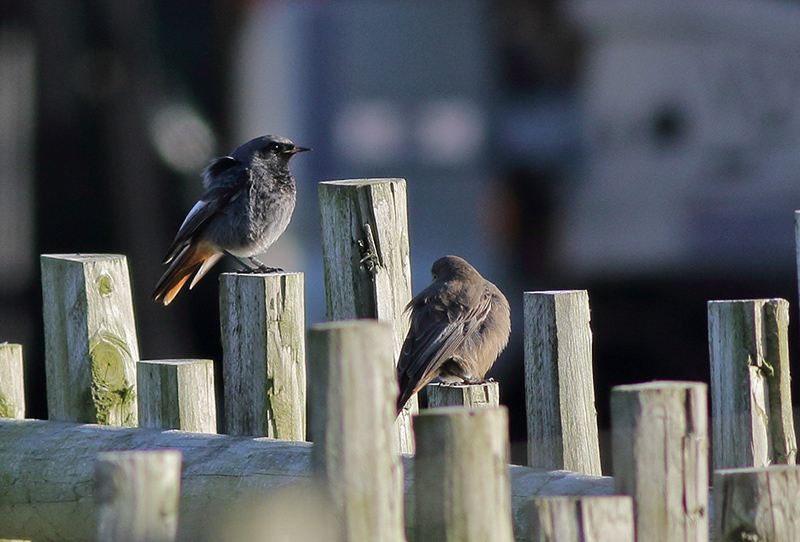 Off to the RSPB.

First stop was by the farm where a saw a lone tree sparrow amongst the house sparrows and reed buntings visiting the feeders.
From the Dennis hide I could see a few goldeneye and a lone red head smew but these were so distant I didn't even try for a shot.
At the dipping pool the long eared owl was showing quite well and was in exactly the same spot on my return. 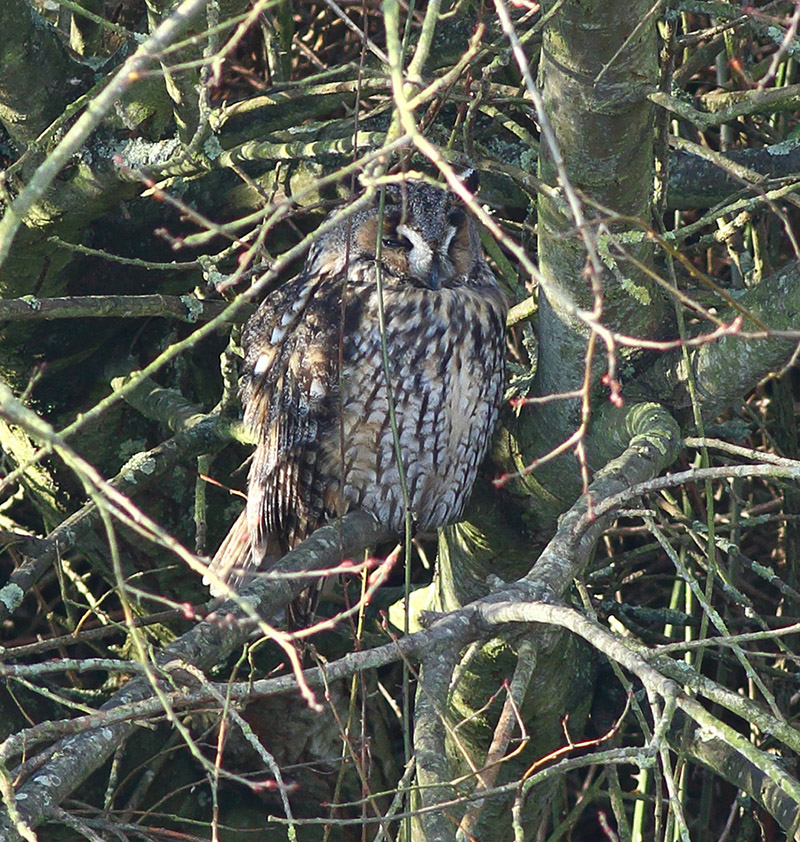 From the hides there were a reasonable number of the common ducks but everything was very distant including the great white egret that flew towards Dengemarsh.
The only thing I photographed was a chiff, one of two flitting around in front of the Firth hide. 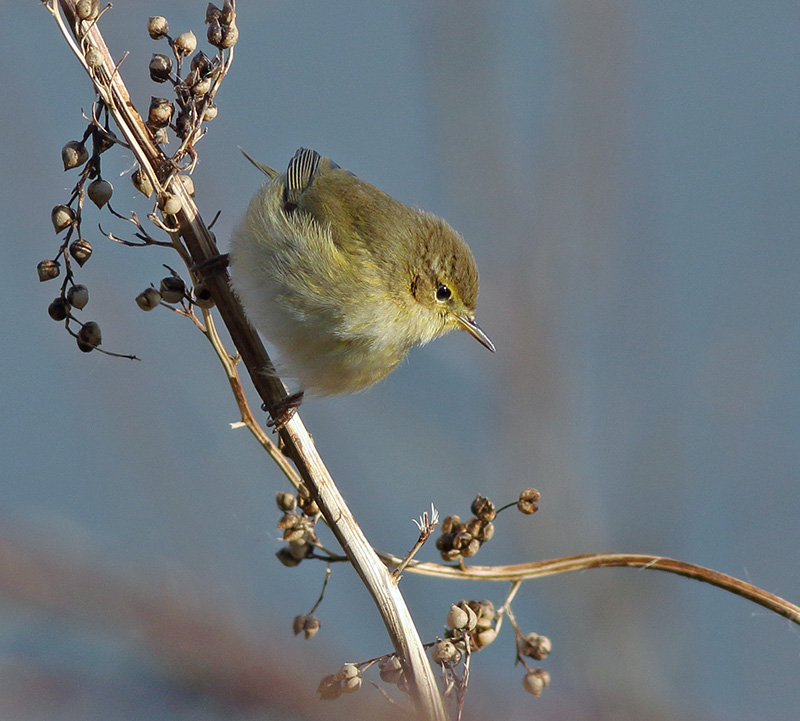 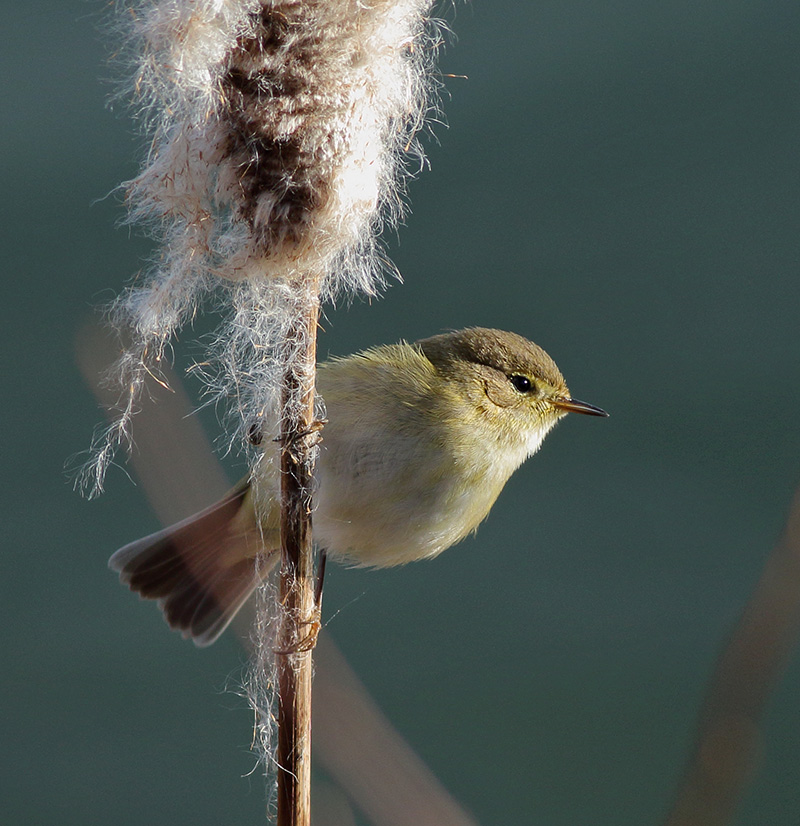 I did wander out to the ramp but there had been no sign of the penduline tits or Dartford warbler so I didn't stay long.

It was now decision time - do I return to the fishing boats and have another look for the Caspian or do I go to Hythe to look for the purple sandpipers. I decided on Hythe as it's on the way home.

I pulled up outside the Imperial and someone was actually fishing off the rocks/breakwater. I didn't even bother getting out of the car.