Up until yesterday Siberian Chiffchaff was one of those birds that I'd placed alongside Caspian Gull and Hume's leaf warbler. I'd looked at them in field guides and photos on the internet but in reality my thoughts were "if you say so".

Well yesterday I did find (or more accurately refound) a tristis and immediately could see that this looked different.
I'd already had a look around The Elms but whilst I heard a couple of crests and a few bog standard chiffs calling but I'd seen/heard nothing that made me think tristis (I do most of my best thinking in Latin) so I moved on to the gullies.

I'd just dropped down into Waldershaw gully (Waldershaw Road end) when a couple of birds moved into view on my left very close to the ground. One was a robin and the other was the palest chiff I had ever seen. It was in the sun so it could have been misleading but it was very pale with the overriding impression of it being a pale grey/brown. The thing was off before I had time to get the bins on it but I'd seen enough to encourage me to stay.

After a while several others turned up including Andrew and Stephan from the obs. Both these had seen it before; Stephan (a trainee warden on secondment to SBBO) getting extended views a day or two earlier.

Eventually it was relocated deep in cover but sallying out fly catching. I got several views of it flitting back and forth but not enough to say what it was I was looking out. Then out it shot and landed in full sun around 20-25 yards away.
A quick guess at some expose setting and I started firing away. a few seconds later it was gone.

It actually returned to the patch of scrub it was fly catching from so I took up position and hoped it would come out on the sunny side of the scrub. It did for a about a second but it was always obscured.

I waited around for another hour or so but didn't see or hear anything that encouraged me to stay longer but I did take a couple of shots of a big stardard chiff to use as a comparison in this blog.

Here are a few images. Most were when it sat in the open for about 5 seconds and one where it came through the scrub.

The first shot is of a standard chiff (collybita): 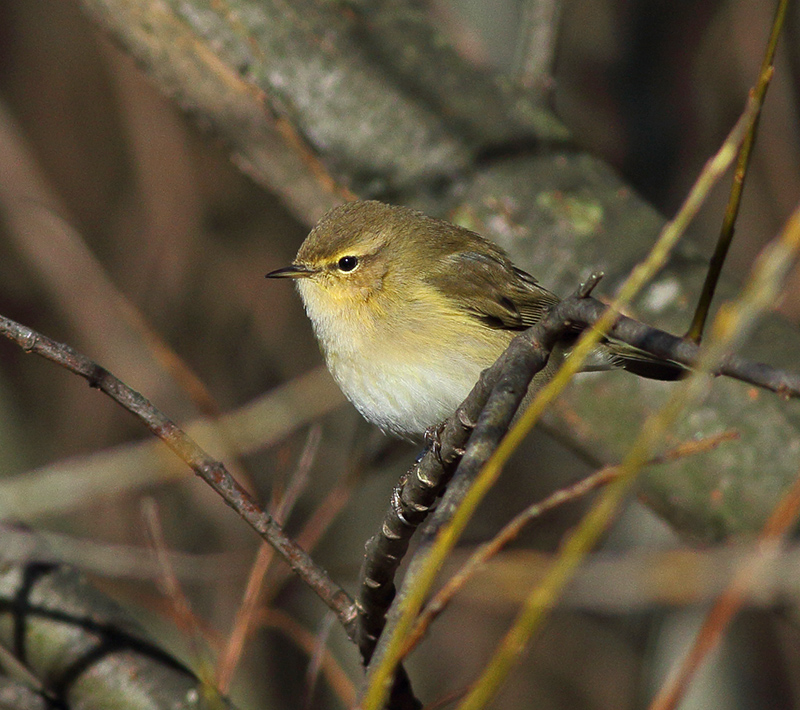 Typical brownish head, yellow in the supercillium and a lot of yellow on the flanks and a two tone beak. 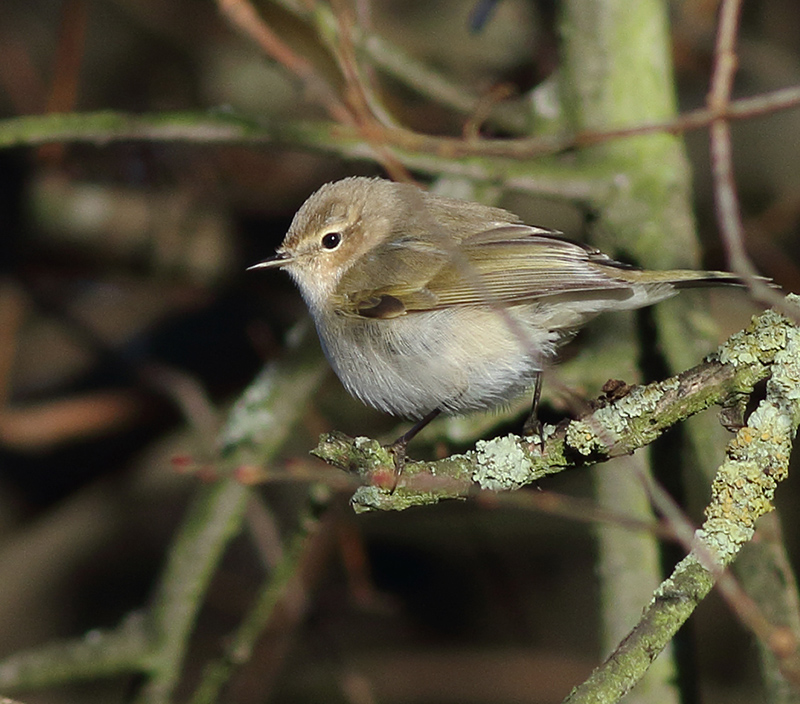 An altogether duller looking bird with pale grey/brown head and back and a green tinge to the wings but the flank/undersides are very pale/white rather the "buff" suggested in Collins though, as said before, this shot was taken in bright sunlight.
What this and all the following shots show very clearly is the lack of yellow in the face and flanks seen in collybita.
In the field I must say it actually looked more grey and green (wings) than depicted in these shots. 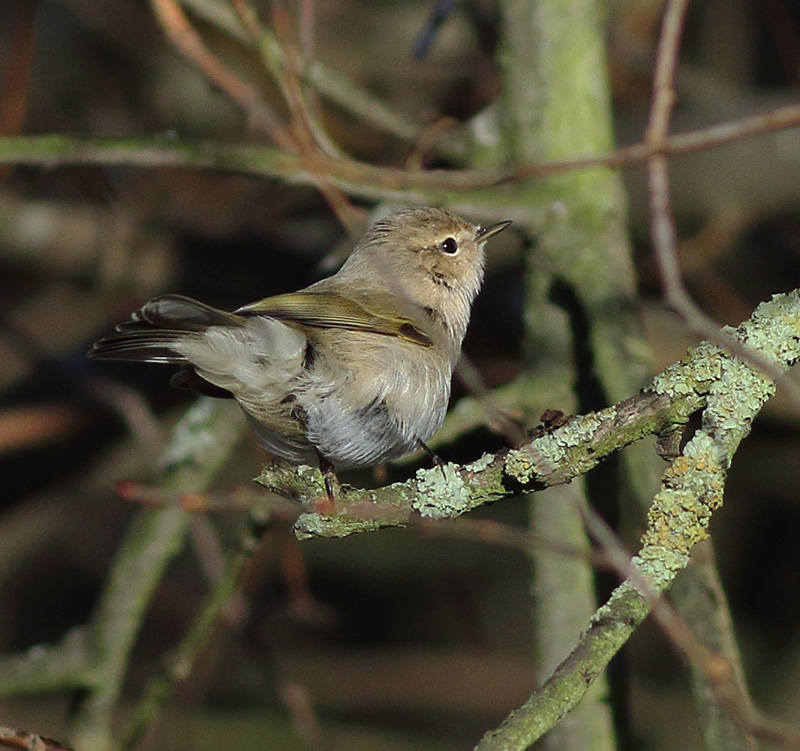 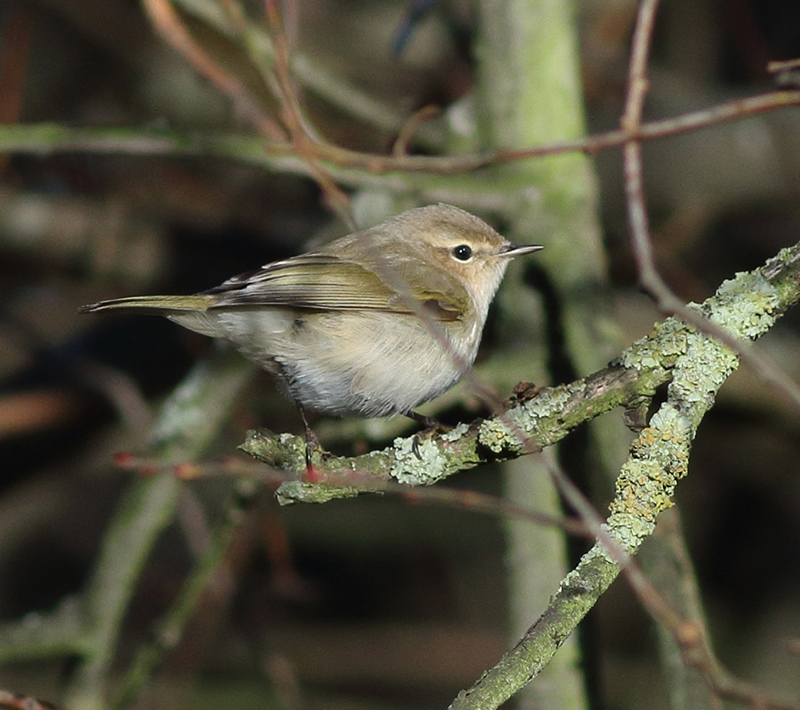 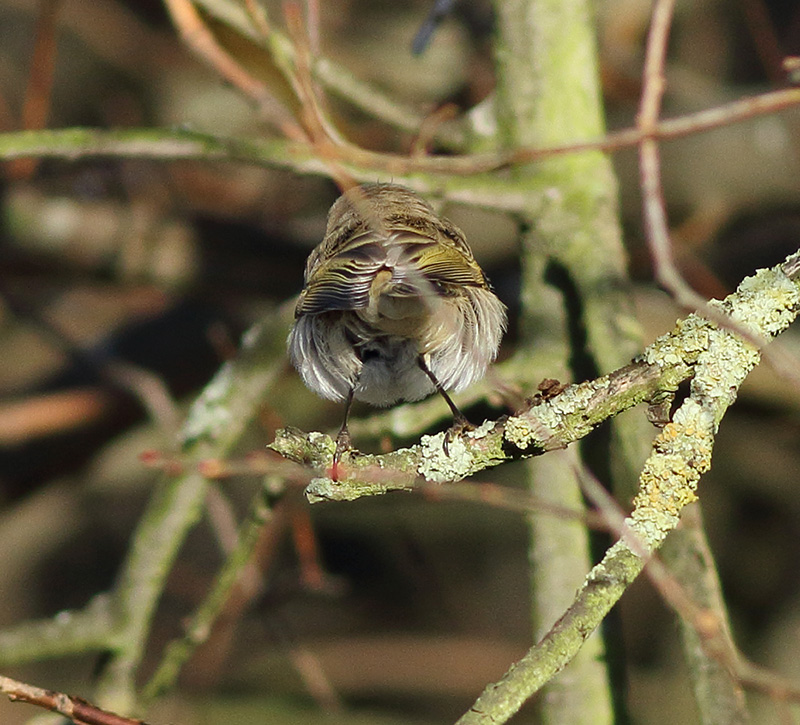 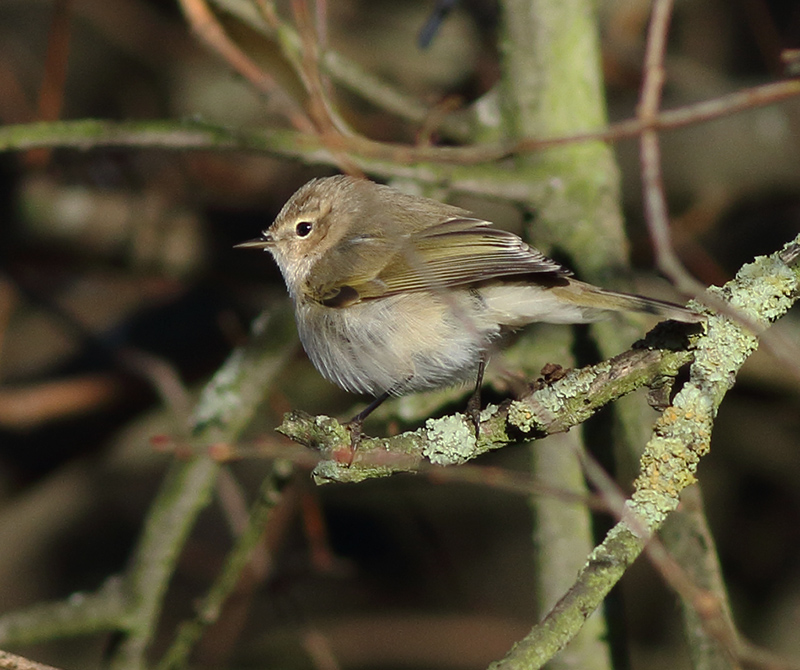 In the above 3 shots prominent white tips and edges to the flight feathers can be seen (not discussed in Collins).. 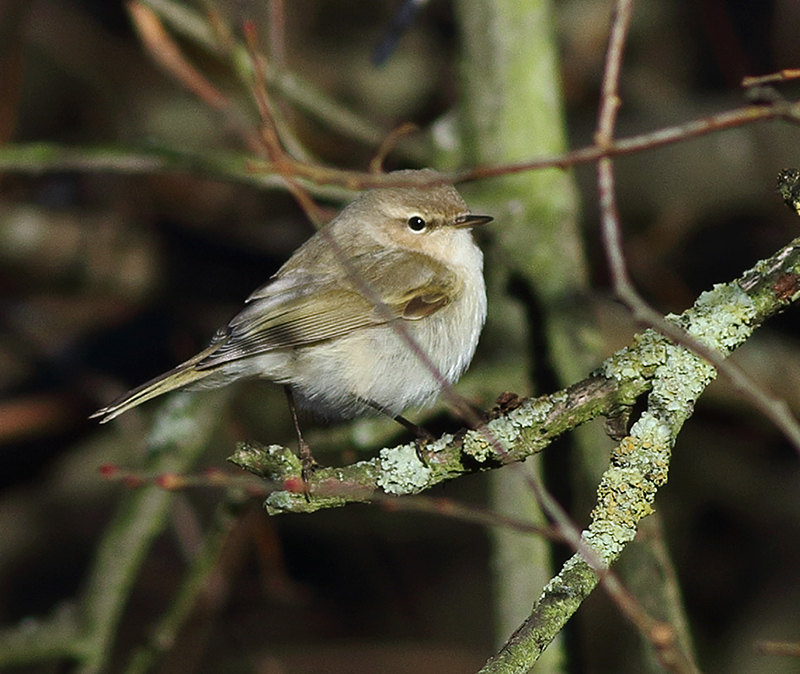 ....and in this shot some of the secondaries appear to be very pale.(again not mentioned in Collins) 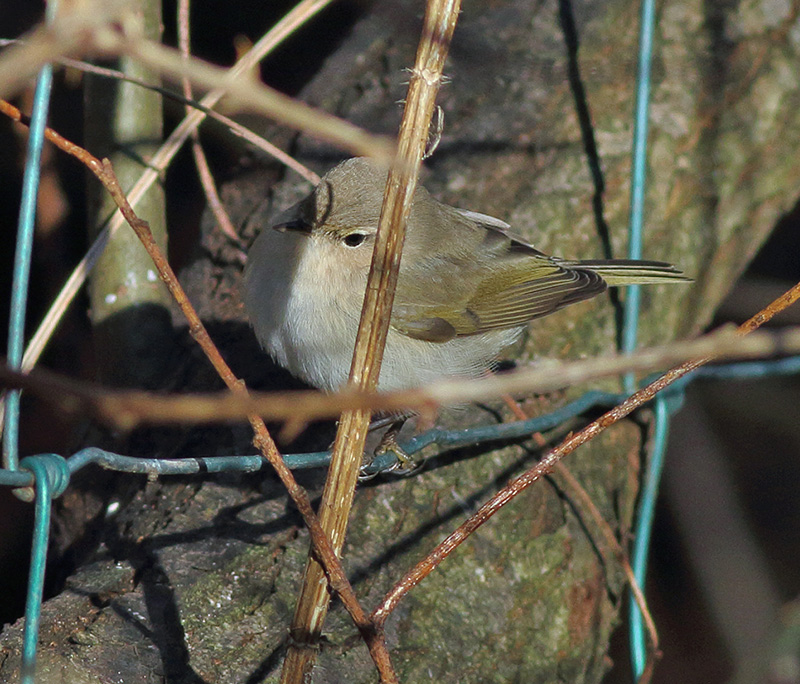 This shot was where it came through the scrub and appeared for a second quite close (though obscured). Again the grey head and the green tinge to the wings are very clear as is the lack of yellow on the face/flanks. Also note the wing tips have lost the whiteness shown in the above shots. 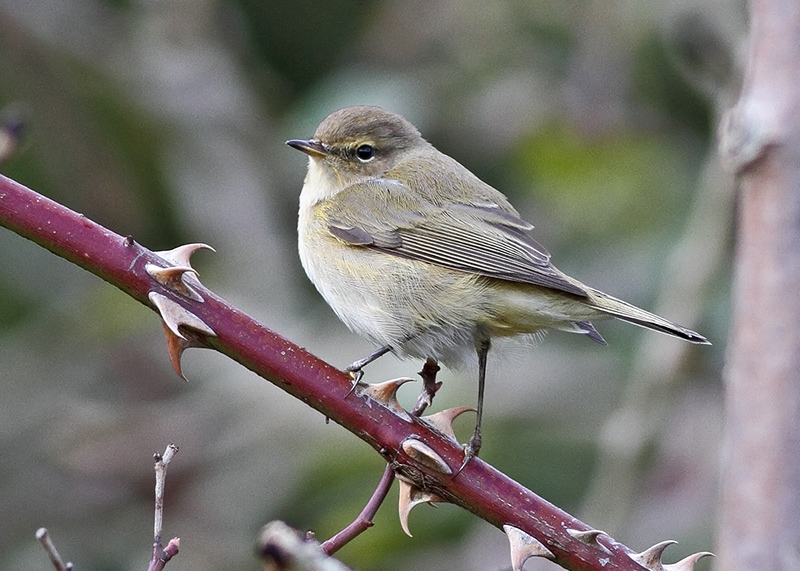 The final picture I'm going to post is actually another  collybita taken at Kingsdown several years ago but this one was atypical in that it was pale and quite grey like a tristis  but with a lot of yellow flecks over the flanks face and even it's back (making it a collibita).