Those who have been following my Sri Lanka odyssey  may have noticed that birdwatching has disappeared from the title. This is because our last destination, Mirissa, was not much of a bird watching destination. But we weren't there to see birds, we were there to see whales.
Sri lanka has recently become one of the places to go to see whales - mainly blue and sperm. This is a result of the discovery that whales migrate from the Bay of Bengal to the Arabian sea around the tip of Sri lanka and the small town/harbour of Mirissa has emerged as the place to go. Mirissa has another attraction in that it has one of the best beaches in southern Sri lanka and whilst there are a lot of hotels and guest houses they are, in general, small family run businesses. Most of the local restaurants actually sit on the sand, indeed whilst partaking of a beer or something to eat it pays to watch the waves as they can wash up under your table. 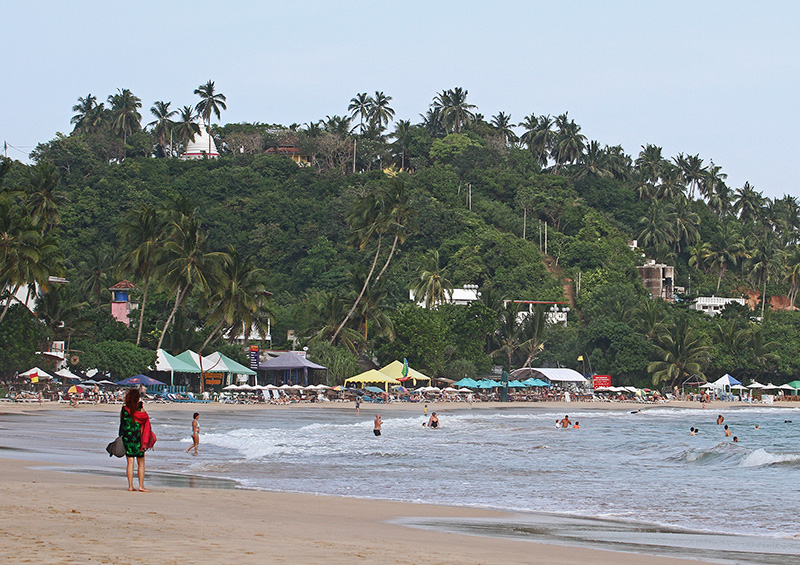 We stayed at a small hotel (~10 rooms) called the Handagedara Colonial Villa and whilst what I would call medium priced for Sri Lanka (~ £50 BB per room) it was excellent value having clean, good sized rooms, a nice pool and their rice and curry dinner (fish or chicken) was superb value at around £3-3.50 per person!!!!! It was also only about 200 yards from the beach and a similar distance to the harbour in the opposite direction.
We had 3 nights at the hotel giving us 2 possible days for the whale watching (in case there were problems with the weather). The first night we dined at the hotel on rice and curry but for the other 2 nights we dined on the beach where the sea food was superb - select the fish or prawns (really small lobsters) you want from those on display and just wait for it to be cooked supping the local beer and soaking up the atmosphere. Bliss. 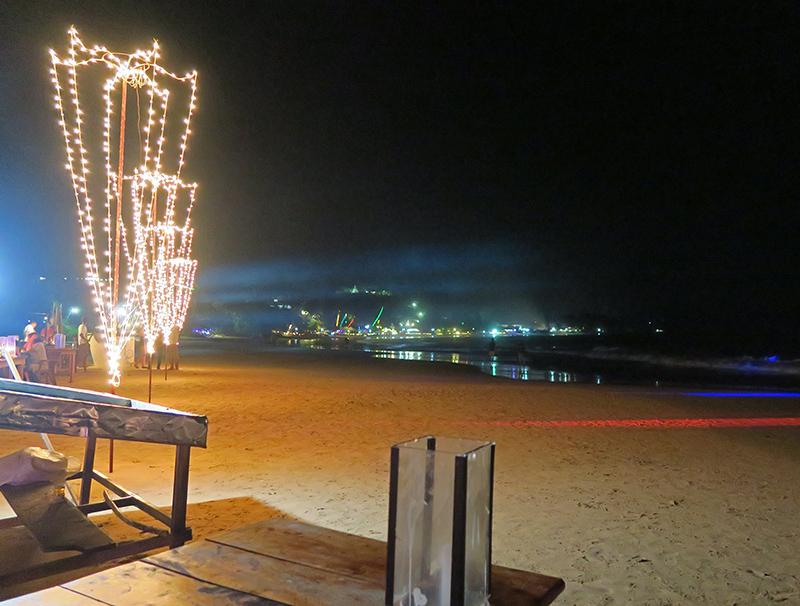 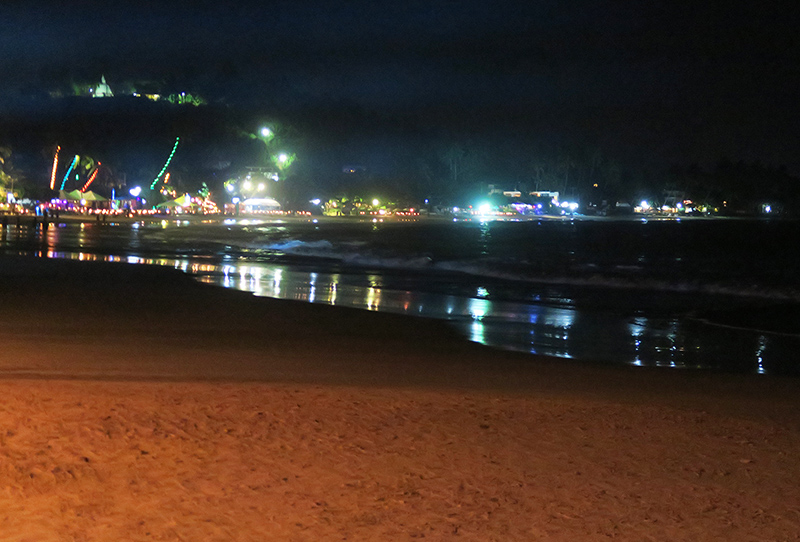 Bird watching wise Mirissa was not up to much. There were a few bits and pieces around the garden including black capped oriole, pale bellied drongos, flower pecker, sunbirds, brown headed barbet but no where to do any serious birding. I had been banking on the harbour having a good head of gulls and terns but no such luck. All it had was a few whiskered terns. As we were departing the lady of the house/hotel informed me there was a local ornithological group but it was too late by then..........

Our whale watching was with Raja and the Whales. This was $60 per head and whilst not the cheapest they were well reviewed on Trip Advisor and recommended by our hotel (not over crowding the boat, good safety equipment). In addition breakfast (fruit and omlette, juice and coffee) was thrown in as was bottled water. They also follow the local whale watching code of conduct which dictates how close you can go to the whales and your direction of approach. Not all the boats there follow this and some get very close - great for seeing the whales but not so good for whale welfare.


The two main species of whale seen are blue and sperm. The blue whales being out in the deep water around 6 miles off shore. The sperm whales can be anywhere so seeing one is more hit and miss.
We steamed out to the deep water and I missed the first 2 sightings of blue whale blowing but a little later we started getting regular views, some distant, some quite close. It's not that difficult to find them if they are there - the pilot, up on a flying bridge, and a few other crew members, watch for the blowing then direct the boat towards it. The whales normally stay on the surface for 10 minutes or so giving ample opportunity to close in then it dives: 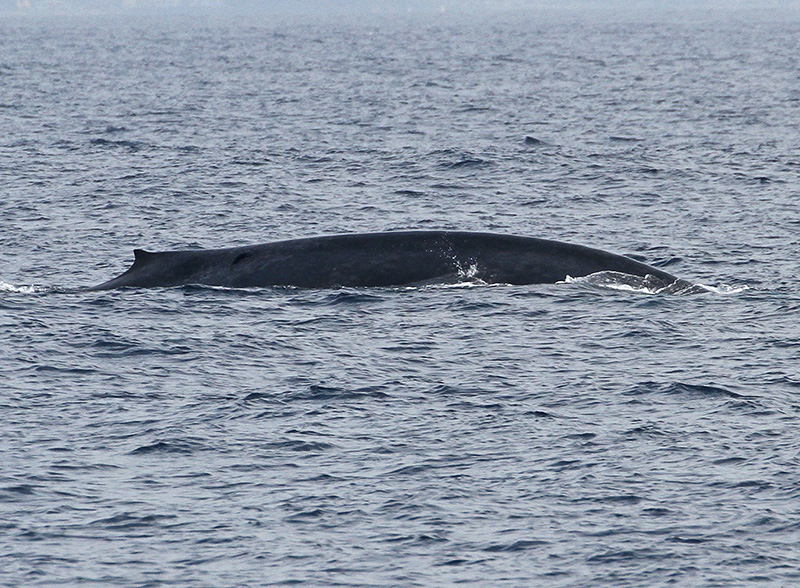 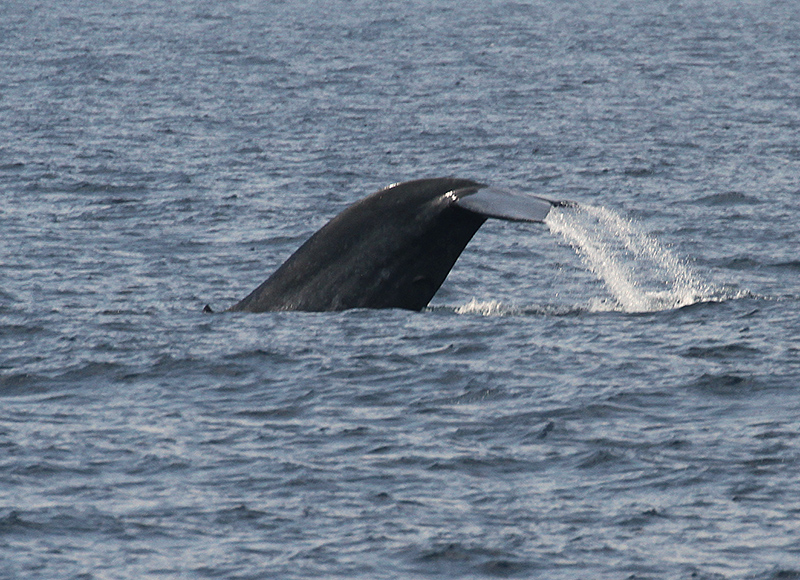 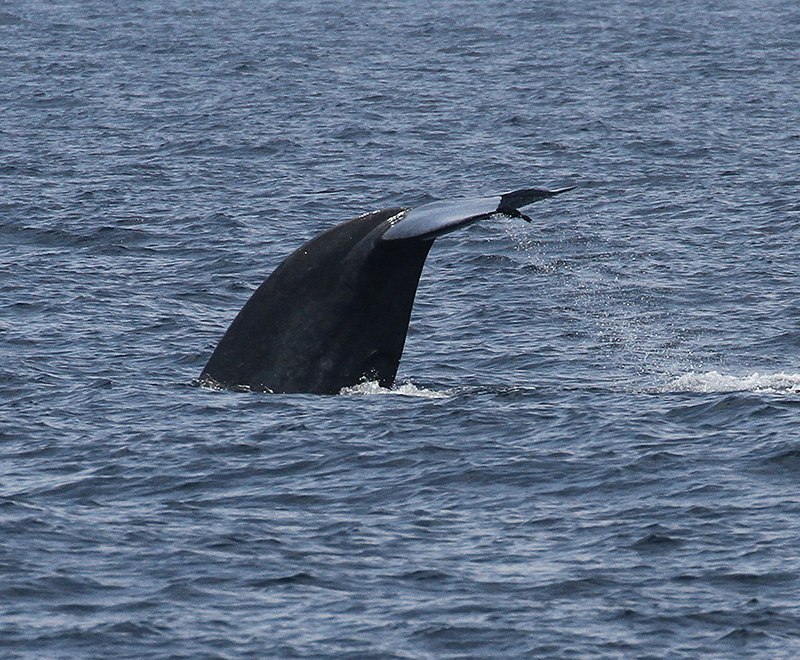 In all we saw around 7 blue whales which was brilliant.

On the way back in we looked and found spinner dolphins. These were feeding on what looked like small tuna (or a bait ball that both the dolphins and tuna were feeding on) and would mill around for a few minutes then disappear as the tuna/bait ball moved away.
There was no time to think about the shot, it was a matter of seeing where they were and shooting in the hope they would come out of the water close to where you were focusing.

Anyway all in all we had a great morning.

Our second full day there was spend by the beach, watching the world go by and aided by a beer or two.
It was a wonderful end to a fantastic holiday.
Posted by Greater Kent Birder at 08:11