Last September we, as in Ashtours, went to La Brenne and whilst we saw a number of good birds the migrant species had already left. We hoped this trip would put that right.
The we were Steve Ashton, Martyn Wilson and Alan Ashdown and we stayed at Auberge de la Gabriere. We drove down catching the 3.30am (yes am) train so as to be south of Tours late morning.

The journey down was uneventful with our last comfort and coffee stop being just south of Tours on the A85/E604. As we hung around the car park we saw our first significant birds in the form of a crested lark and a cirl bunting.
As we continued along the A85 2 red backed shrikes were spotted on the fence linging the motorway then we turned off for Sublaines. Just south of the village we turned onto the narrow lanes and started looking for little bustards. Now I must admit I didn't hold out much nope but after a few minutes Martyn spotted one - it was calling and displaying in a stretch of uncultivated/weedy land. 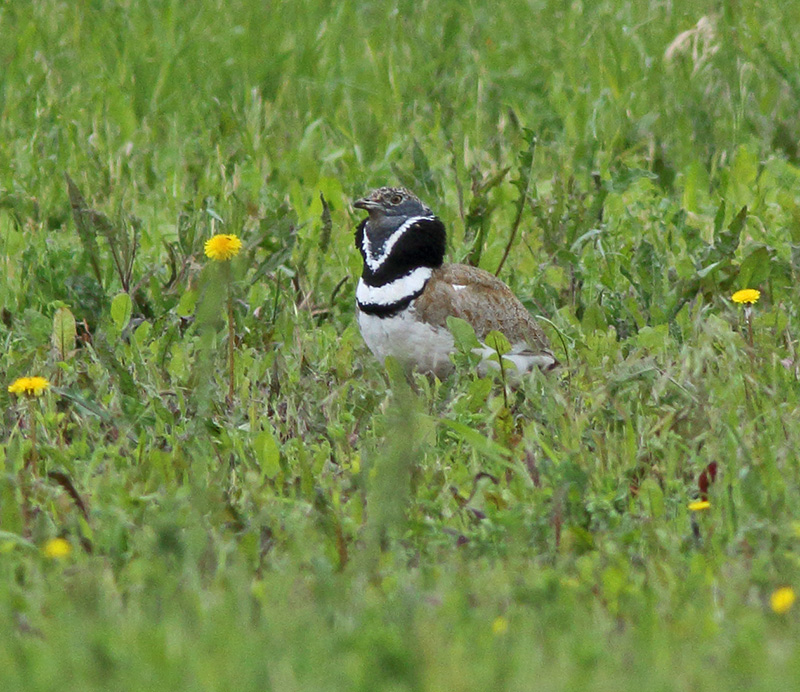 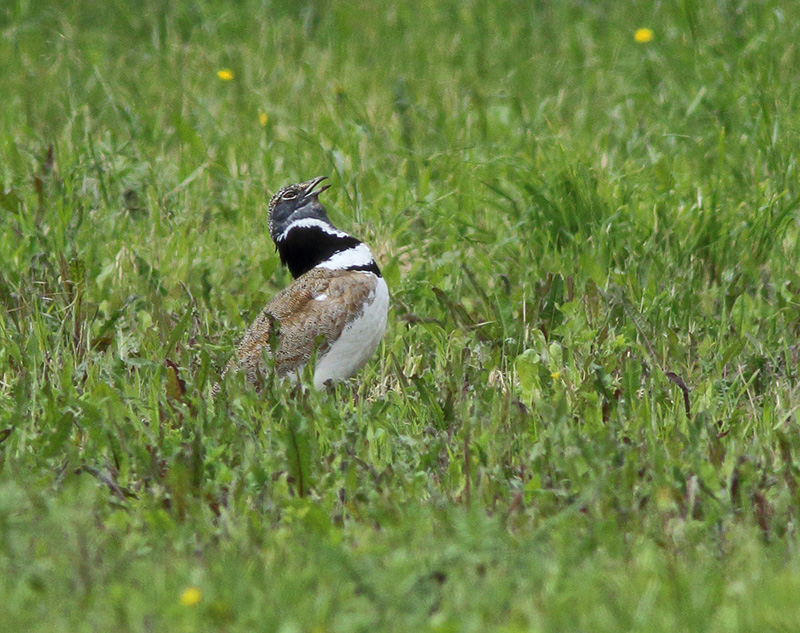 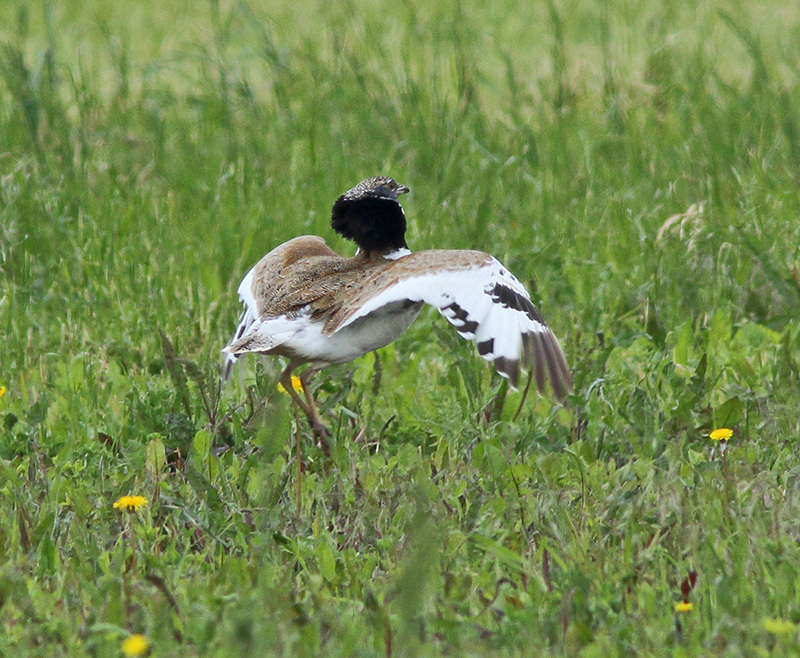 It was always quite a long way off but because the weeds were short it was easy to see and we enjoyed it's calls and displays for quite a time and took some shots from the car. We continued to drive around the area and saw at least 4 more but these were flight shots with the birds emerging then disappearing into the wheat.
We did return to the weed field and the bird was back and calling/displaying but a little further away.
Also whilst watching the bustard a ring-tail hen harrier put in a distant appearance.
All in all a brilliant start to our trip and we hadn't even got to La Brenne.

After dropping off our bags we had a trip to Etang Sous where ~200 whiskered terns were in residence, purple herons showed distantly and fleetingly above the reed beds and a great reed warbler was shouting it's head off though remained unseen.

Back at the hotel we had a beer or two looking out over the Etang Gabriere and watched cattle egret, purple and night heron and black kite fly past.

The next 3 days saw us visit a number of sites (often daily)  and I'll comment on each location rather than do a day by day report.

Most mornings, before breakfast, we went to Le Blizon where a short walk brings you to a hide where you look across lily covered lake to a heronry. The herons present were mainly cattle egret and night heron though great white, little, grey and purple were also seen. Whilst the lake looks great for black necked grebe I don't recollect us seeing any here but black kites flew past frequently as they tried to steal chicks from the black headed gull colony at the far end of the lake. A few whiskered tern also called the lake home. 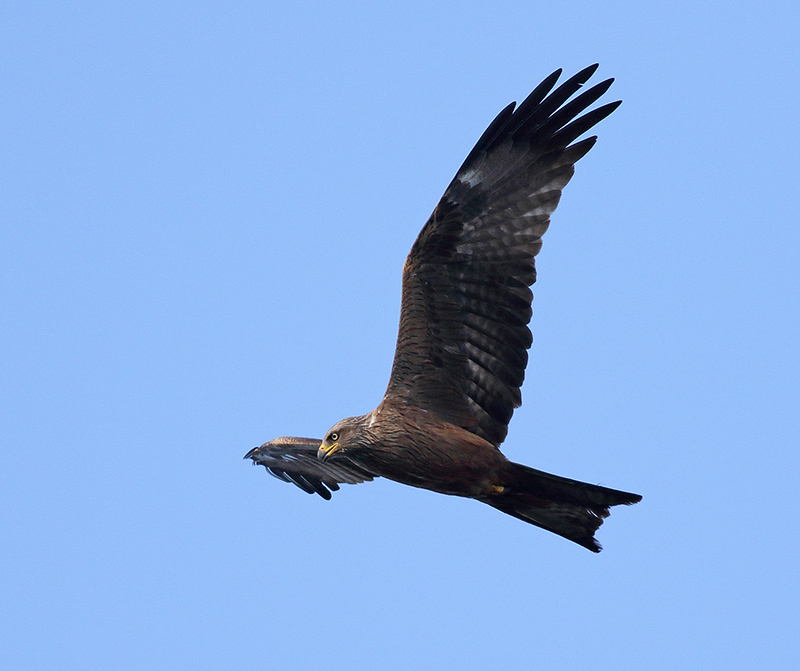 The best photo opportunities here were of the herons flying in and out with the early morning sun lighting up their undersides. 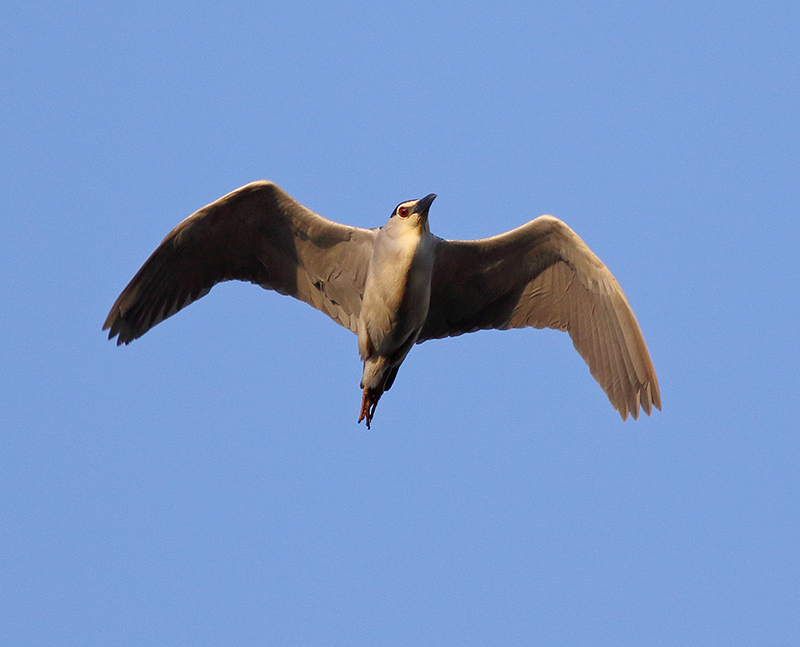 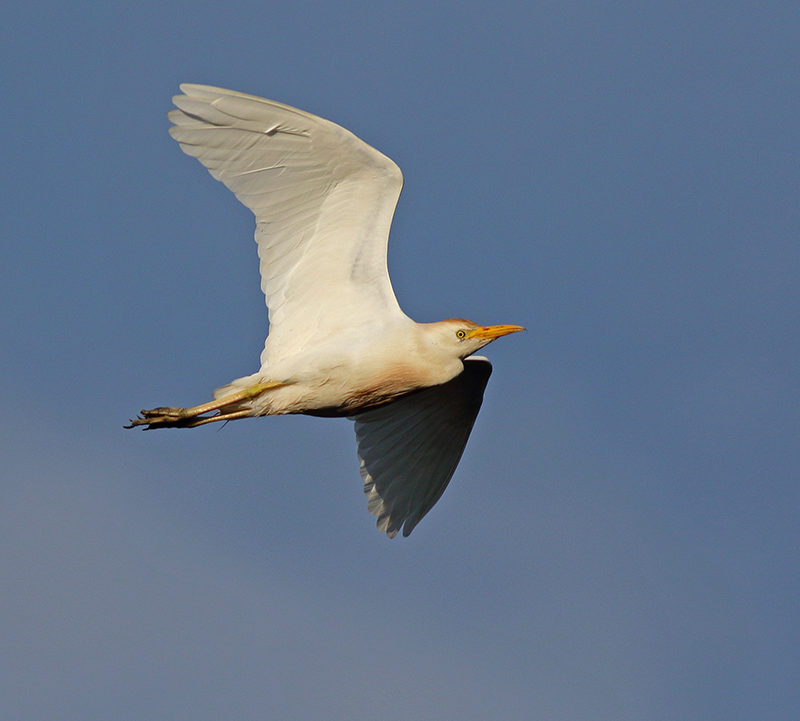 The drive to and from Le Blizon was also very productive in that we found a pair of red-backed shrikes in the roadside hedge (only the male posed for us) and a pair of honey buzzards. 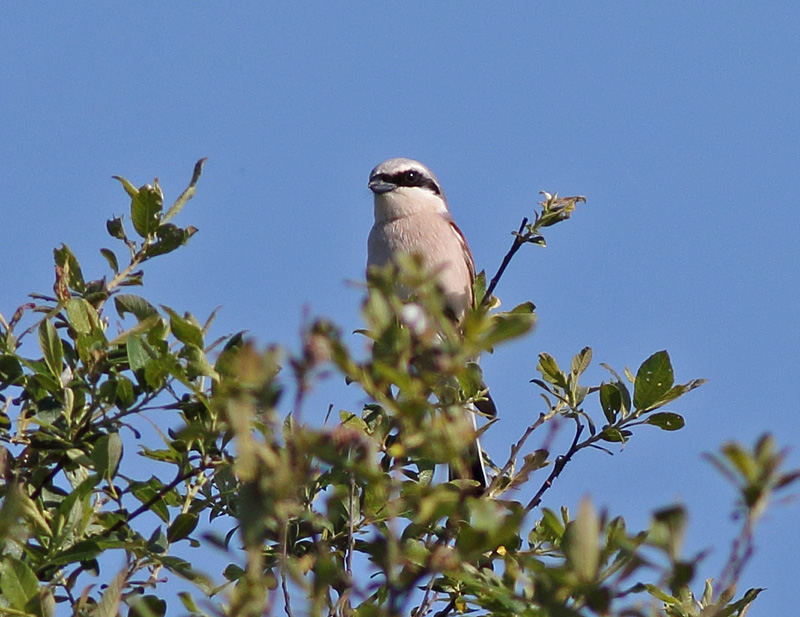 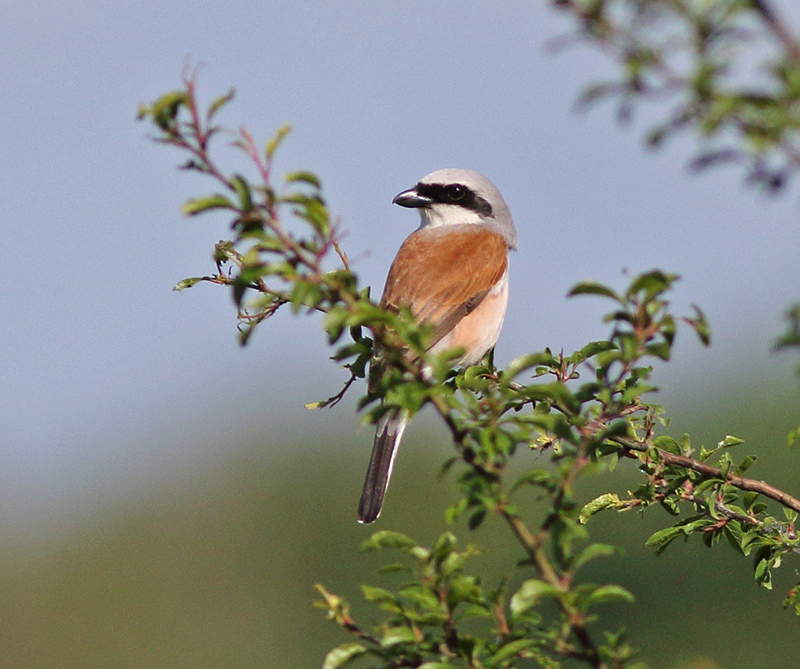 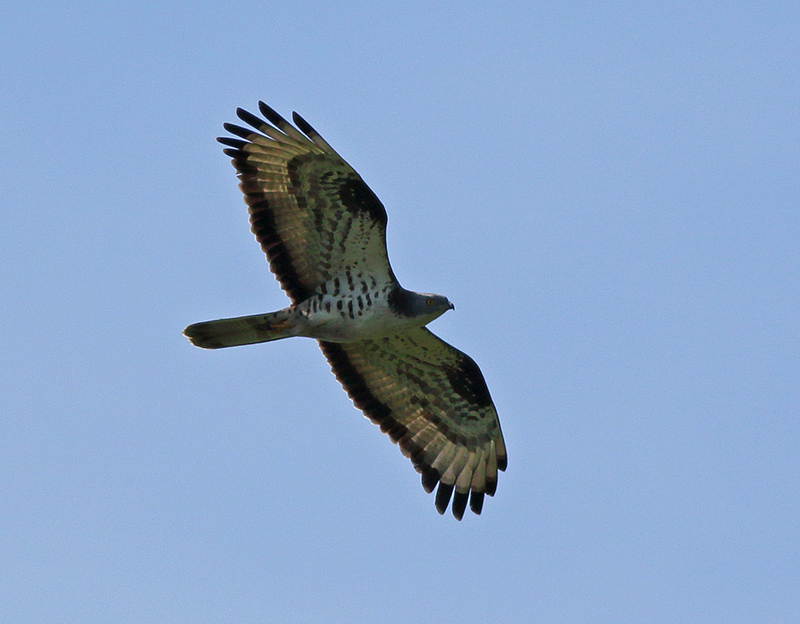 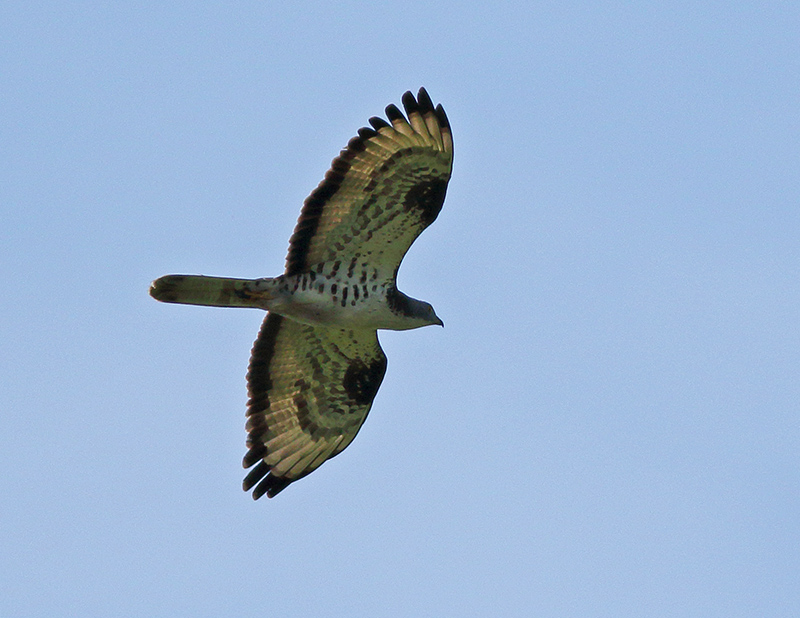 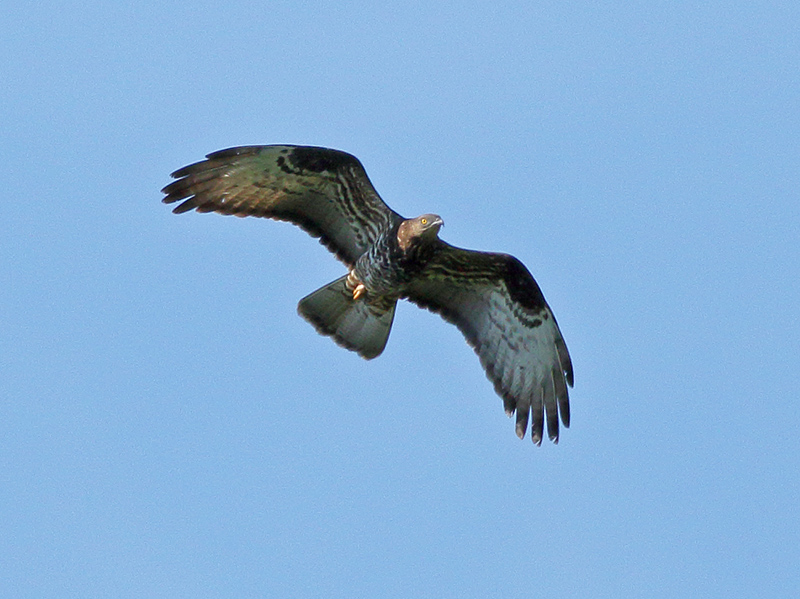 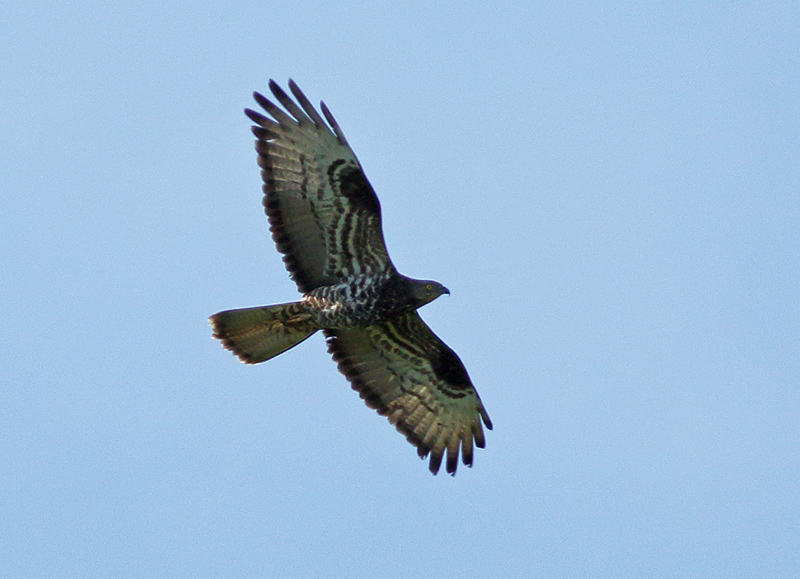 The honey buzzards were first spotted as they took off from the road then they circled a few times before disappearing. The views were great but my pictures were disappointing - I got the exposure wrong!
200 yards further along we all piled out of the car again as a buzzard and black kite were scrapping. 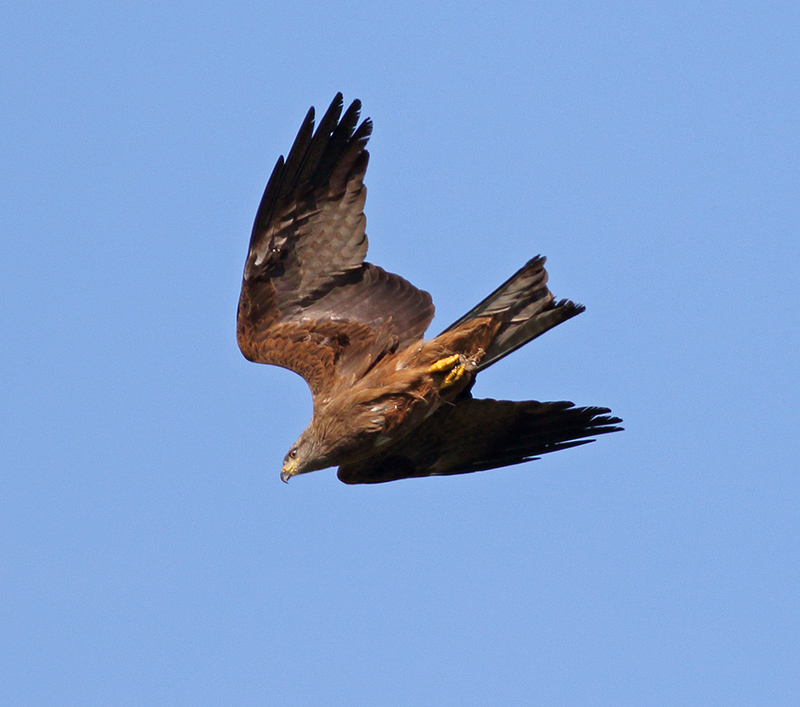 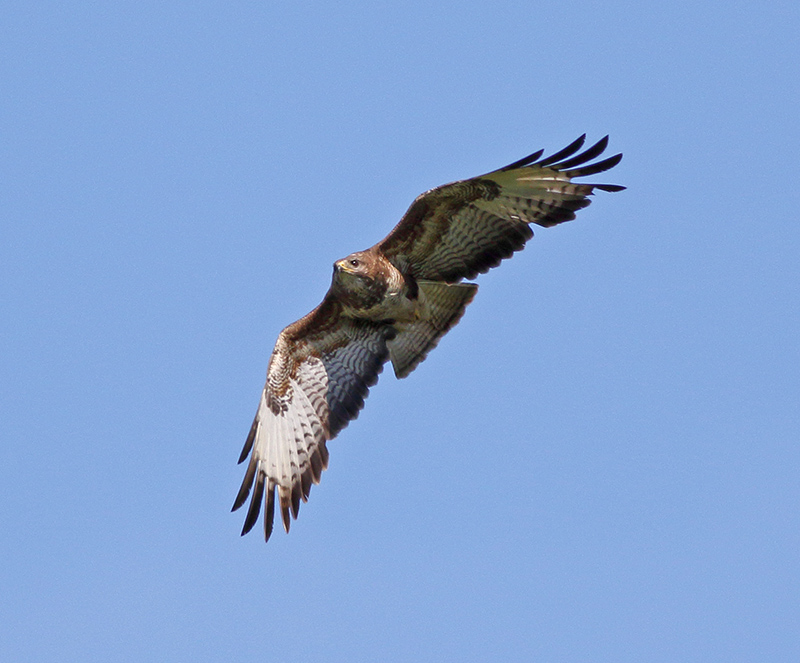 Quite close to Le Blizon is Etang Fourcault. We only made one visit to this lake/hide and all in all it was pretty poor. A few ducks and distant black-winged stilt. Last September there were wide damp margins around the lake suitable for waders so I'd been hoping for a hoopoe here but the water levels were exceeding high (as they were in all of the lakes), and a lot of bramble had grown in front of the hide so the damp/muddy margins I had hoped for were missing, mostly under a foot or two of water.
The photographic highlight to our visit to Fourcault were the common wall lizards that used the fence posts to sun themselves.


Etang de Bellebouche: Last September we'd had a very enjoyable session here with black redstarts and middle spotted woodpeckers. No such luck this time. A few very flighty black redstarts were seen but no sign of the woodpeckers. We did find a hoopoe in the car park and a redstart family near the restaurant though only a juvvy hung around to have it's picture taken. 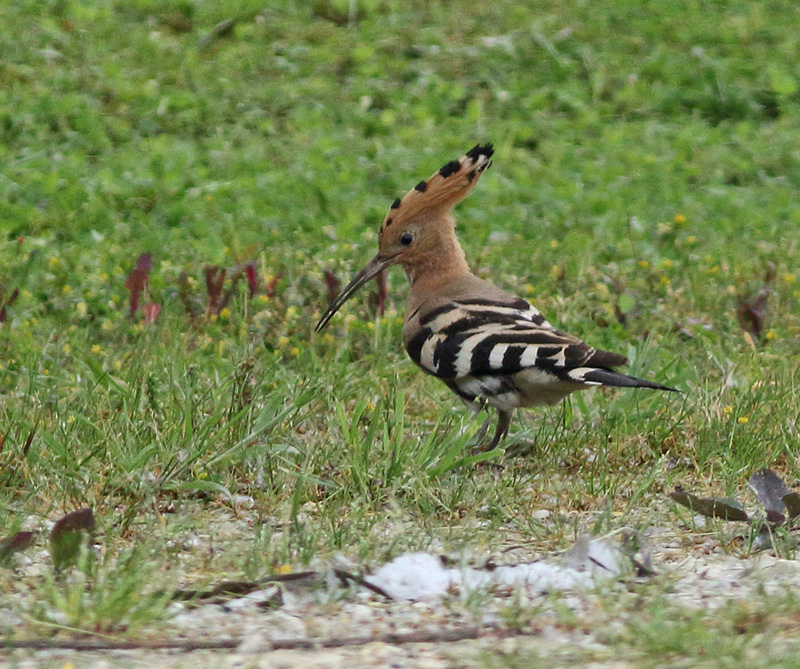 We made 2 visits to a quarry near Martizay and as soon as we got out of the car we could see and hear bee-eaters and just along from where'd we parked were some melodious warblers. I spent a lot of time trying to get pictures of both but only managed records shots. The warblers remained hidden (though very vocal) most of the time and the bee-eaters (as many as 15) though in sight most of the time were always too high/distant for a decent shot. Martyn also spotted a wood lark here though that too remained distant and obscured by the grass. 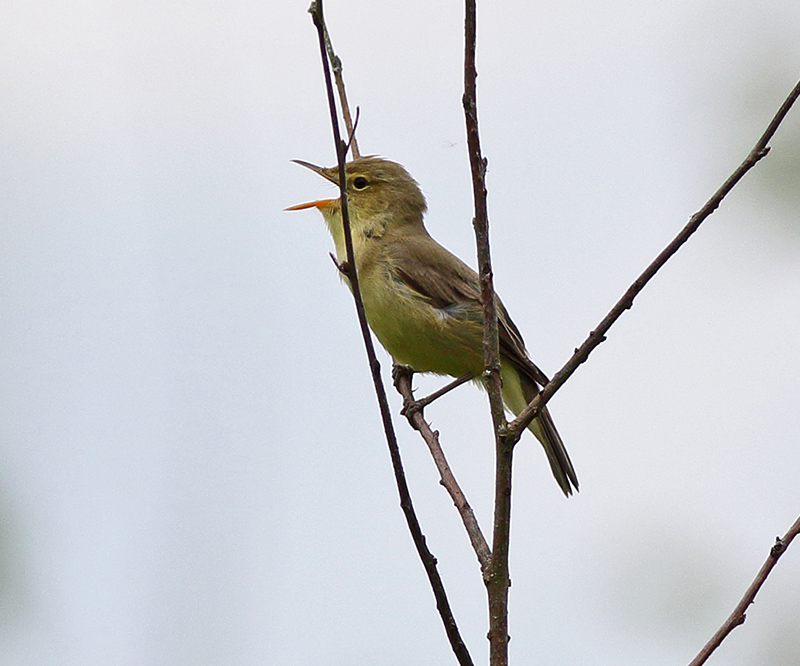 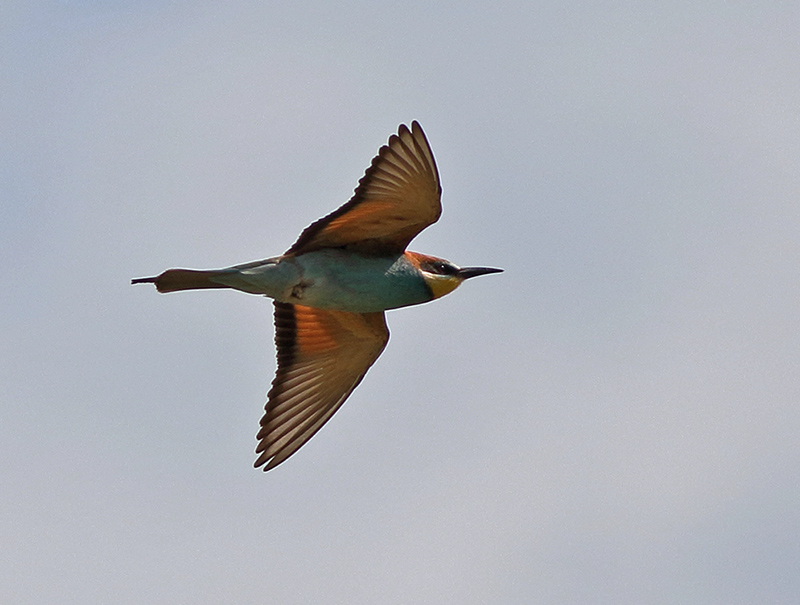 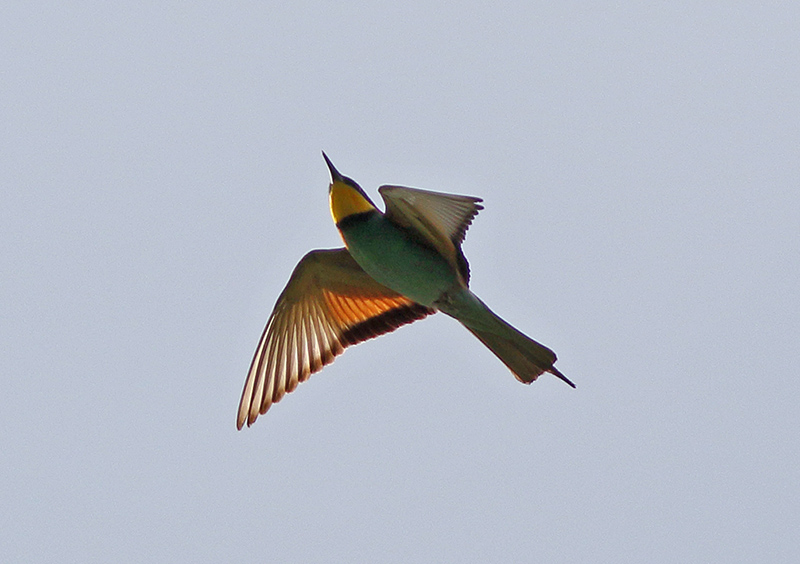 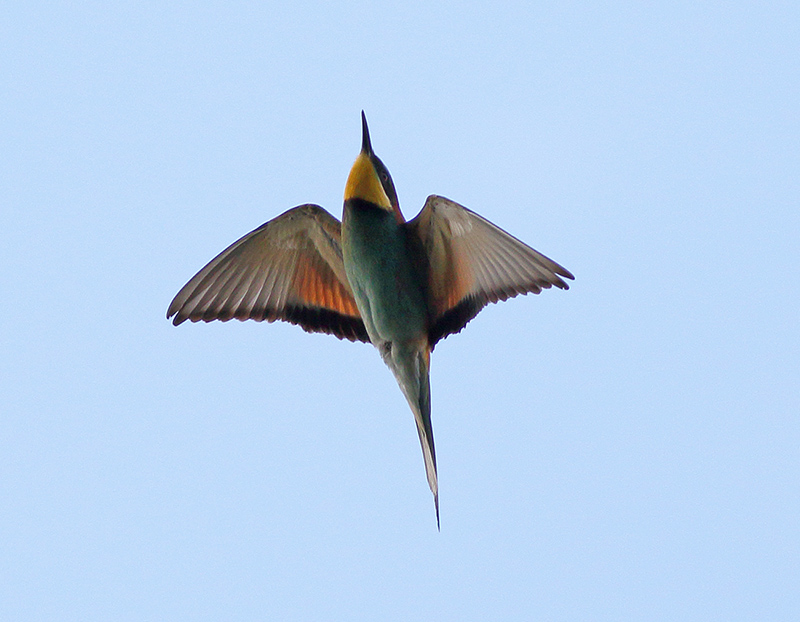 Etang Purais. One visit here and the main black necked grebe location though the birds were all several hundreds yards away with no chance of even a record shots. This is a lake for the scope.

Posted by Greater Kent Birder at 09:49