I have already covered our first day at Punta Leona and our biridng "tour" with the resident bird guide. In this final post I'll cover what  I found over the course of our stay.

The Punta Leona estate is huge - it's 4 km from the accommodation to the entrance gate but much/most of the terrain is inaccessible and some that is accessible is near impossible to get around holding a camera and tripod. As a consequence places to bird are quite limited and many of those get  crowded even early in the morning.
Seen everywhere were the scarlet macaws as were great kiskadee and if you found something small flitting around chances were it was a chestnut side warbler normally in winter plumage or moult just to make id difficult. Hoffman's woodpecker was also common. On the first morning with the guide we wandered around the area close to the reception area and down to the beach. This area is flat but a lot of it is covered with gardens and other facilities - spar, butterfly garden, maintenance work shops, swimming pool, supermarket and restaurants. The area wasn't that productive and most things you found were high in the canopy.

Behind our accommodation  was steep forested hillside and there was a short track into it that just petered out into a small open area. I wandered up here a couple of times and adopted the tactics of find somewhere in the shade and just wait for stuff to turn up. This was the most productive area I found  and I could even view some of this hillside from the seat outside our room.
Birds seen here included yellow headed caracara and broad winged hawk. A pair of rose throated becards were always present as were rufous naped-wren who were making a nest in the electricity wires. 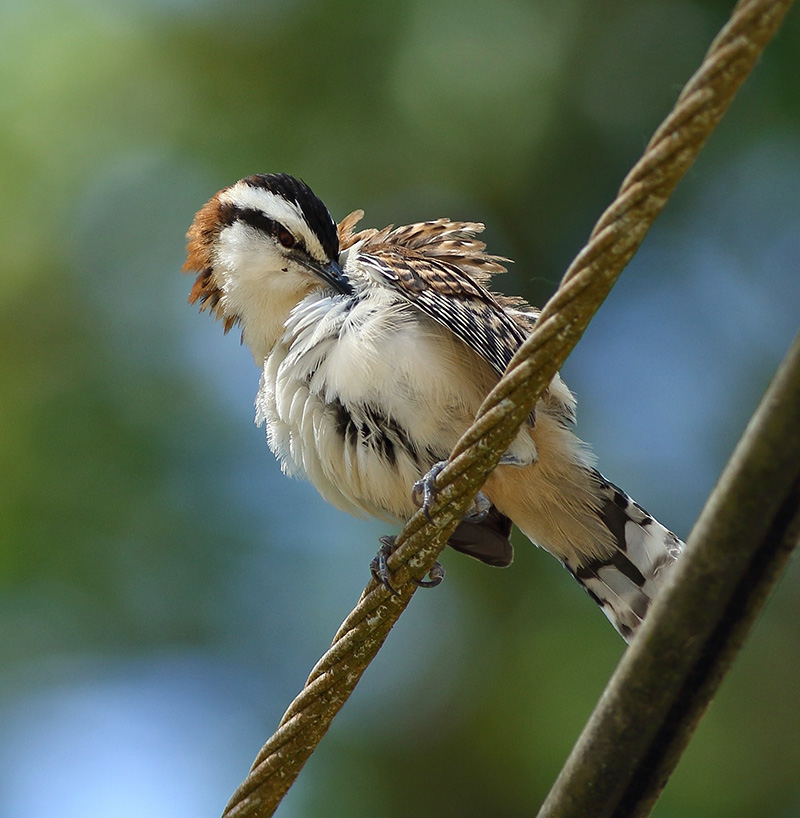 
There was another track off the main road into the estate that looped above the maintenance workshops. I wandered this a couple of times but it wasn't very productive though it has to be said I never walked this track early morning, only in the afternoon when it was still hot.  Seen here were fiery billed aracari, streaked flycatcher, brown jay, great crested flycatcher, rose throated becard, golden hooded tanager


Birding from the main road was likewise not very productive in part due the near constant stream of traffic coming in and out of the estate and the large number of runners and walkers even at dawn. Seen whilst dodging the traffic were


Just off the entrance road there were some marked hiking trails into the forest. I did try these out one morning but the terrain was so steep and difficult to walk (especially with a tripod) that I gave up after 100 yards or so.
Finally there was the beach area. I never did this early morning and at any other time it was very busy so I probably didn't get the best out of this area. It did however provide great views/photographs of Hoffman's woodpecker and scarlet macaw and I also saw palm tanager and inca dove. Pelicans and frigate birds could be seen out to sea but none came into the bay. 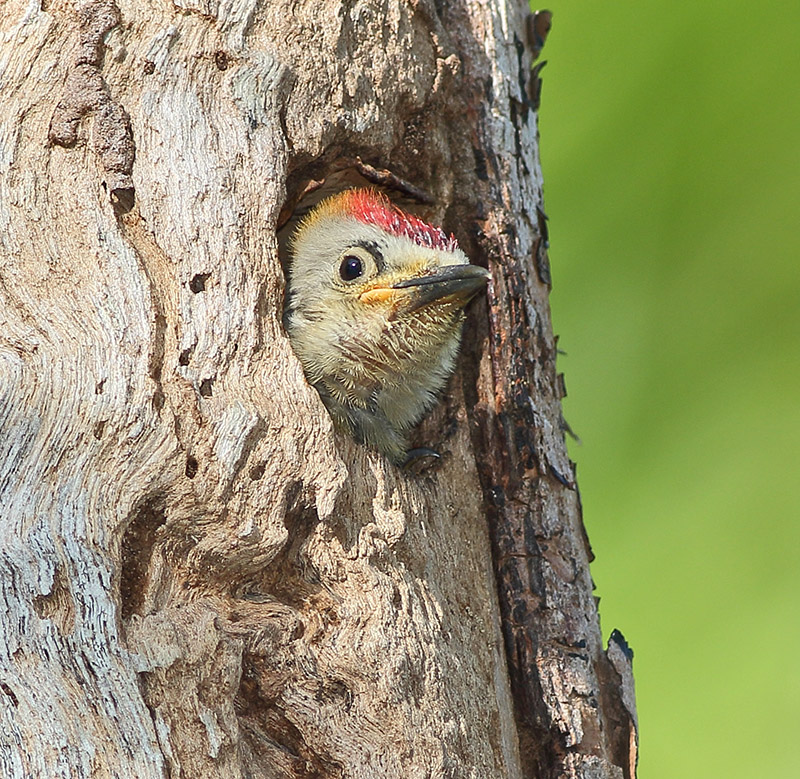 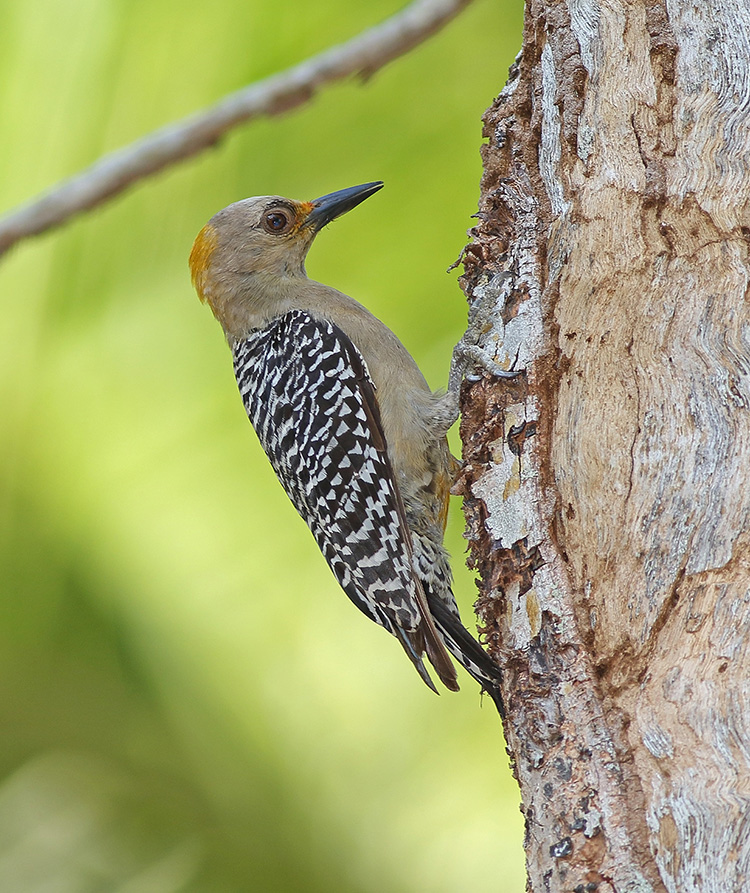 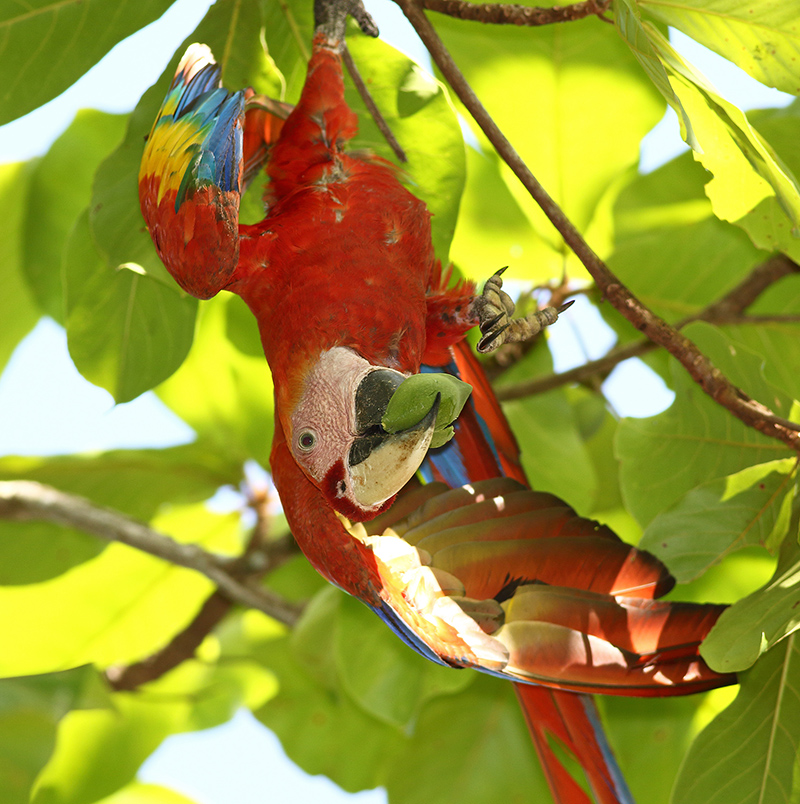 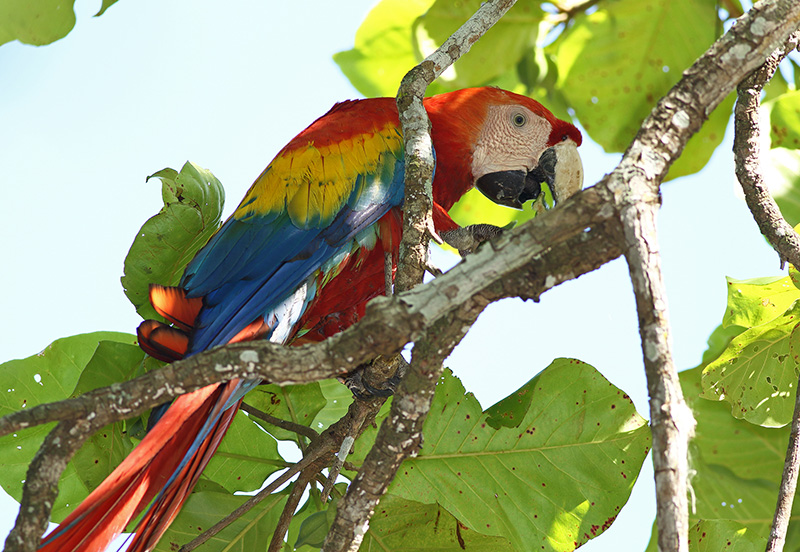 That's it. It was a great trip though I would do several things differently if I had the time again. What I wouldn't change was our time in the mountains with Miriam's and Savegra Lodge being fantastic as was the Tarcoles river trip. Now all I have to do is convince my wife we should go back!

Posted by Greater Kent Birder at 15:41