For the last 2 summers I have been privy to the whereabouts of breeding little owls. Needless to say I have spent quite a few session near to their nesting hole hidden under camo netting waiting for the birds to show - either a chick coming out to view the outside world or an adult coming in.
The chicks have been amazingly indifferent to my presence but the adults have been far less confiding as a consequence my stays have been quite short. The few time I have seen the adults they were away from the nest hole.
The first year I went the chick (I only ever saw the 1) was quite advanced and able to fly even though it spent most of it's time dozing in the early morning sun. The second year I started seeing the chick (again only 1) at a much earlier age and stopped going before it reached near-adult plumage.

Adult shots.
I attended the site on several occasions hiding in amongst some trees where I could watch the breeding hole from a "safe" distance (~60 yards) and try to get a feel for where the birds liked to perch, how often they visited the nest, their line of approach etc. During these sessions absolutely nothing went near the hole but on a couple of occasions the bird found me: 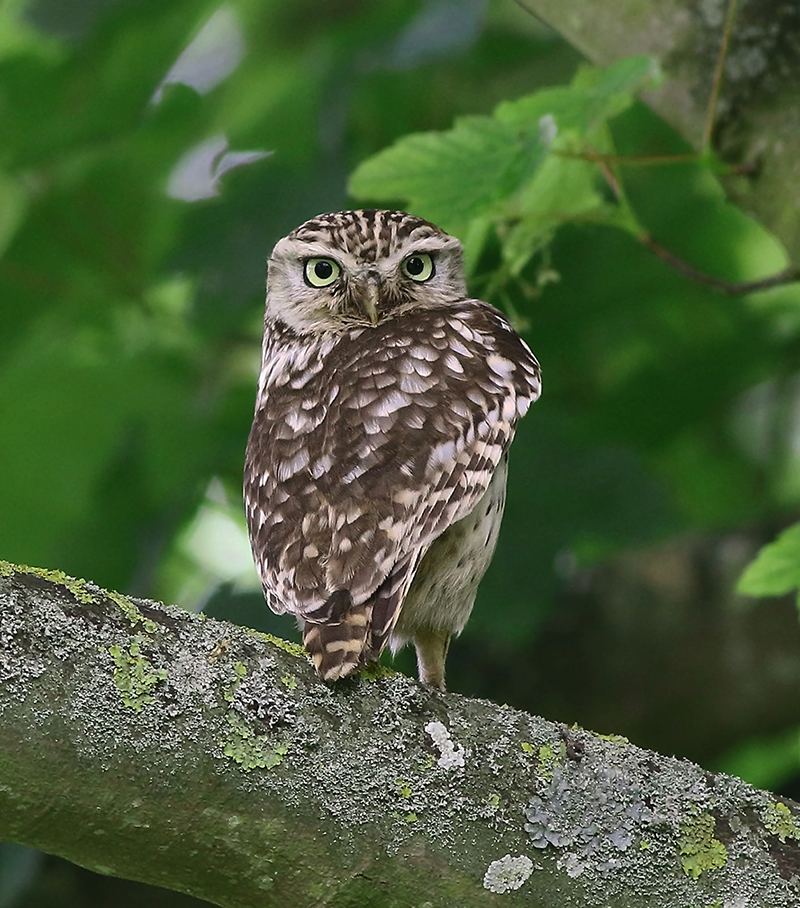 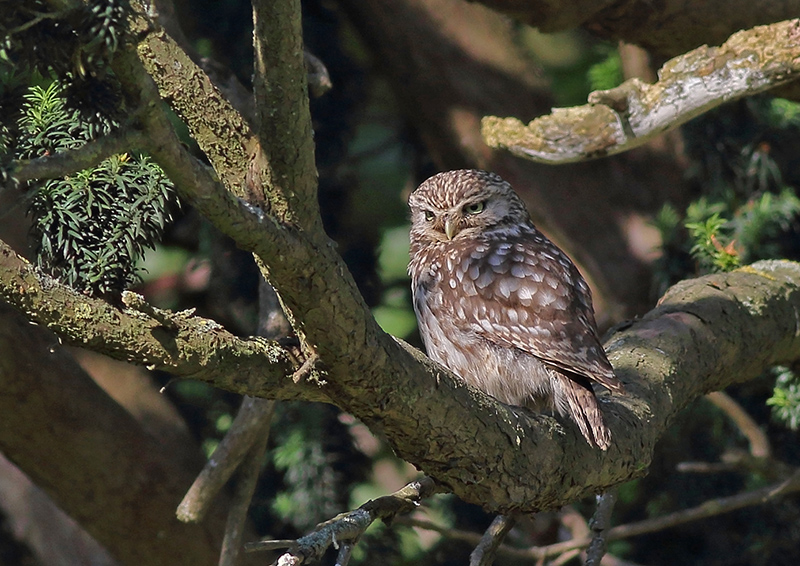 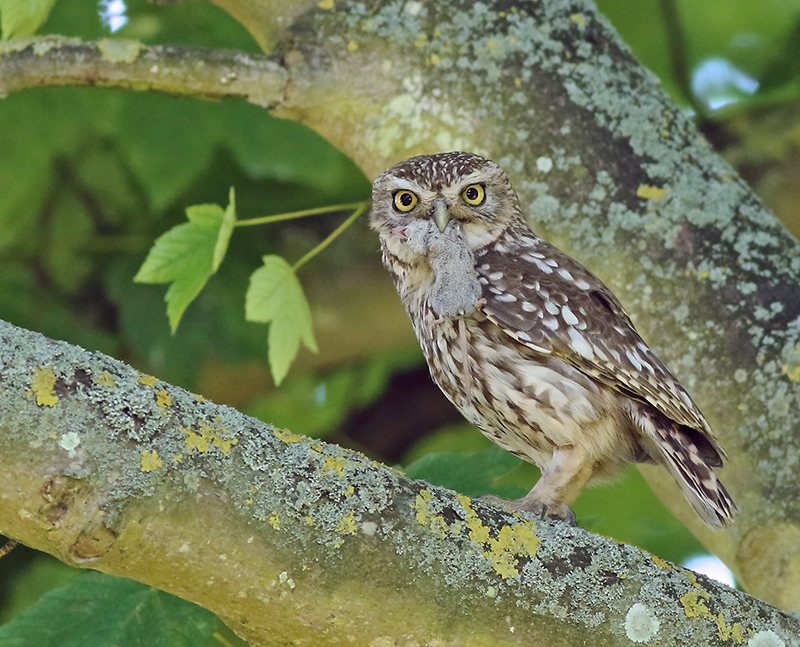 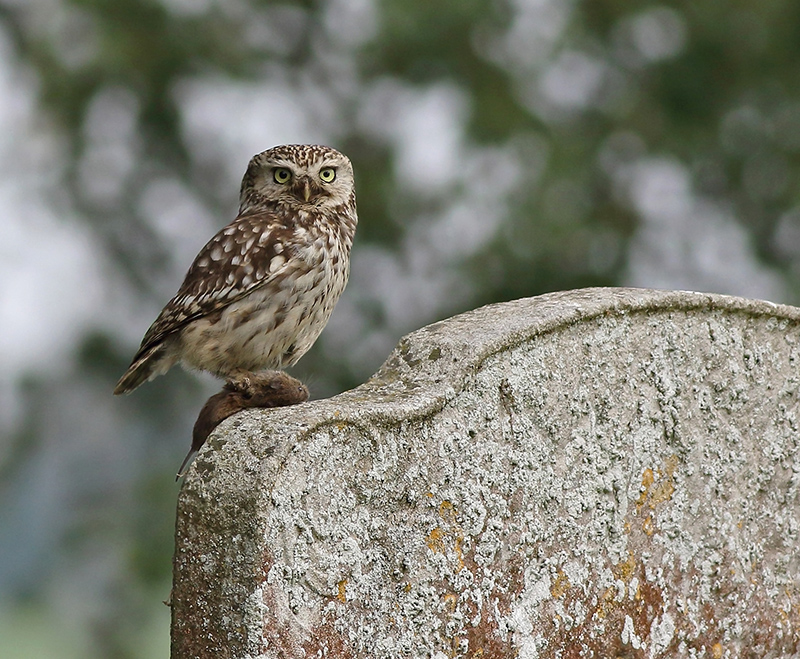 Getting shots of the juvenile(s) was simply a matter of sitting near the nest hole under camo netting and waiting. At times I'm sure the camouflage was overkill in that a well used footpath and park bench was right beside my "hiding place" and the chick would just sit in the sun sleeping or watching walkers/dog walkers go wandering past. 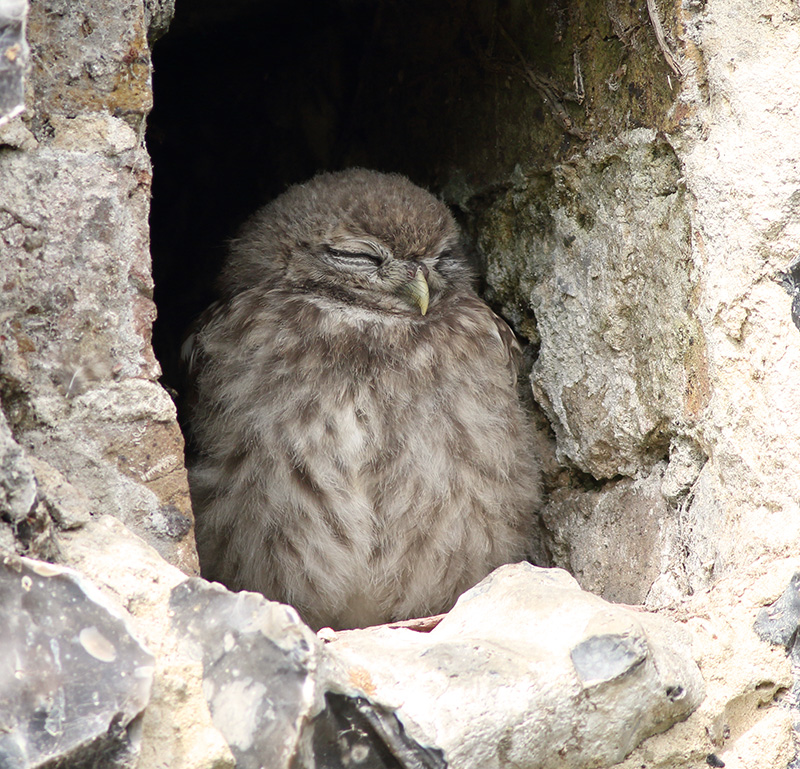 Though it did react to the camera shutter and have a good look in my direction so I switched the camera to "silent mode". 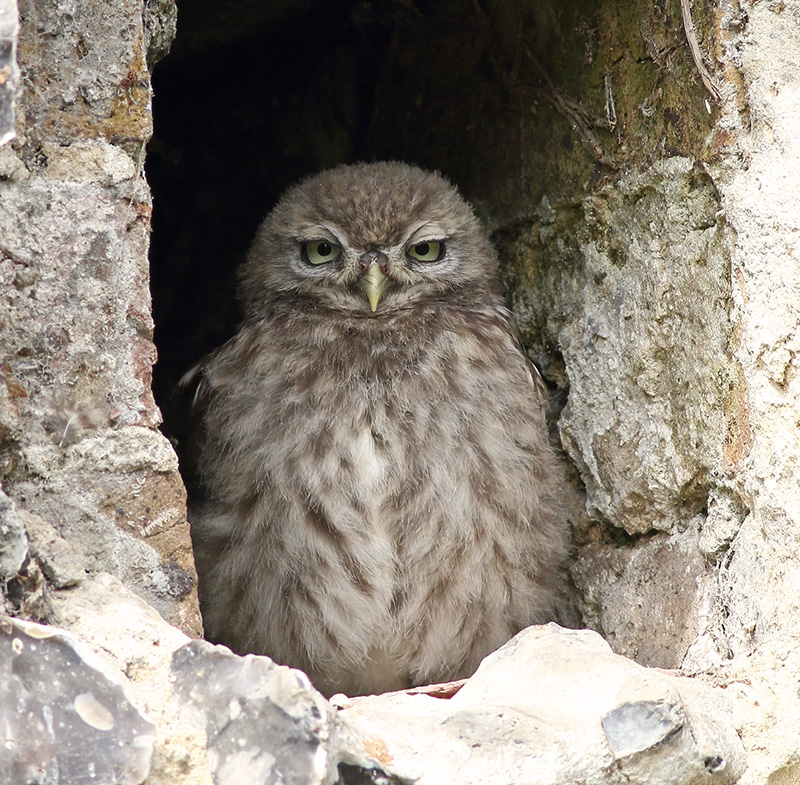 A return trip a few days later saw the bird getting a little more adventurous...……...and less sleepy - well some of the time. 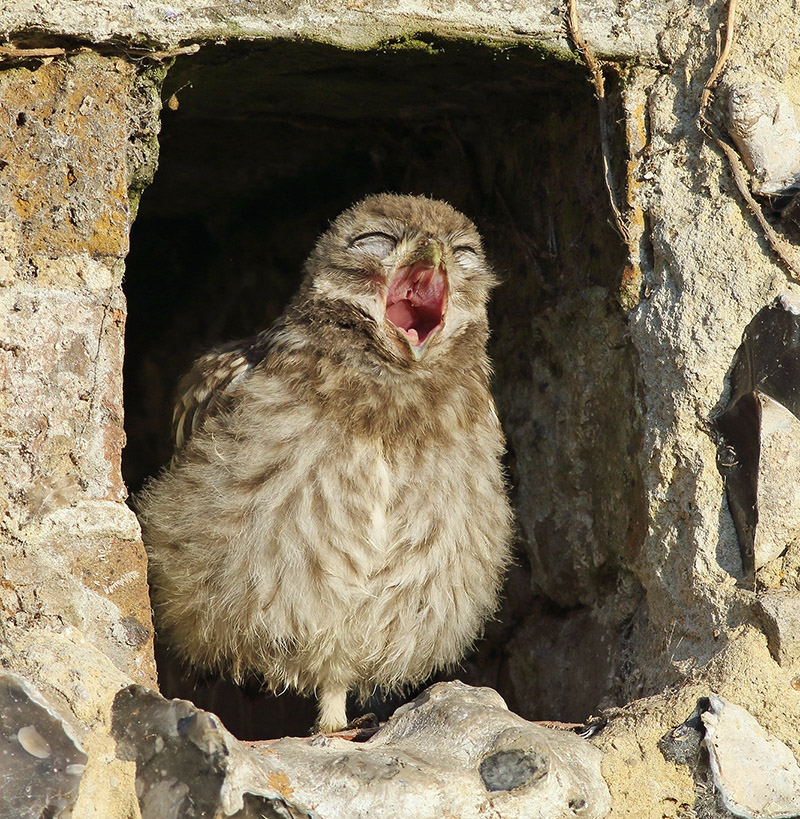 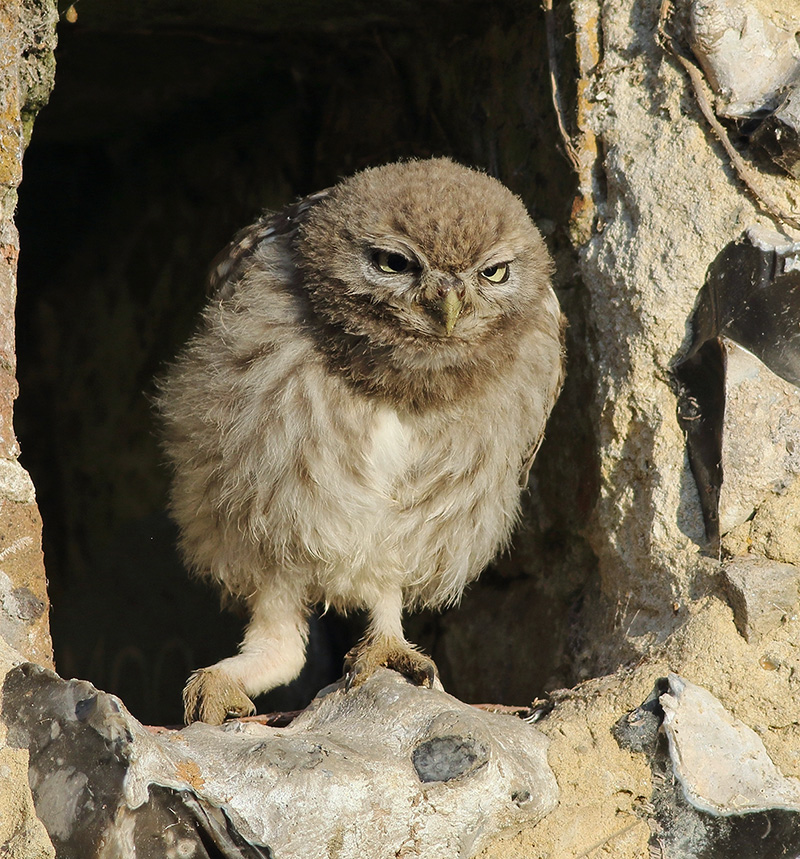 It  dropped down onto a ledge just below the hole for an explore. 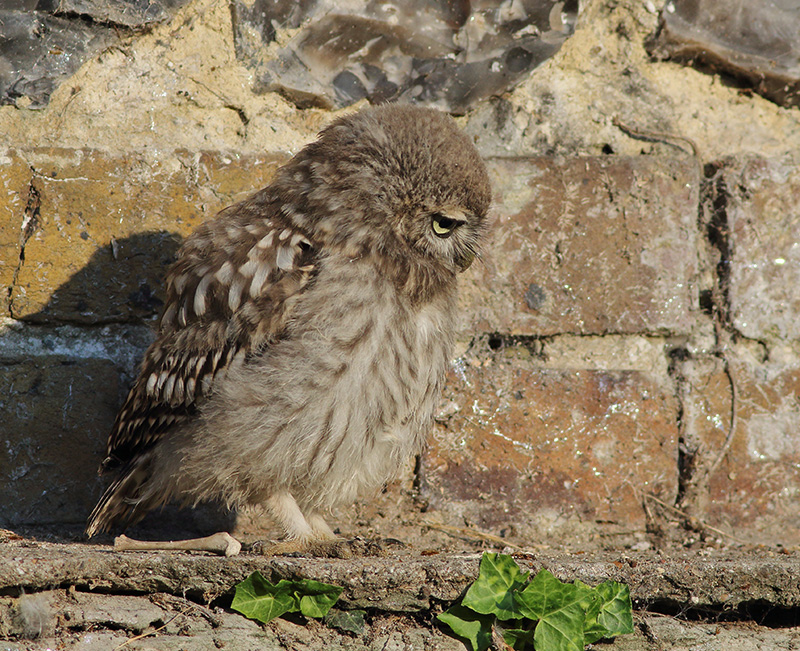 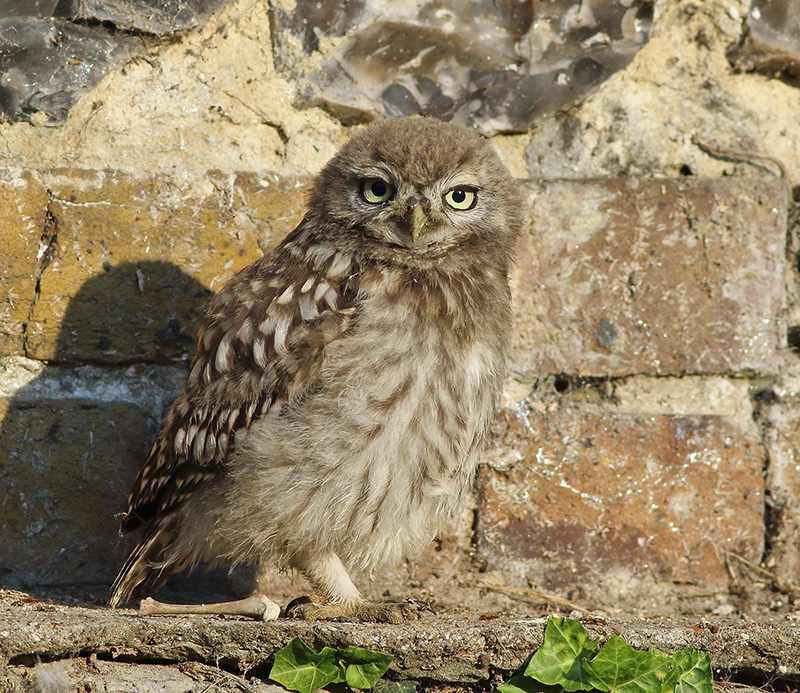 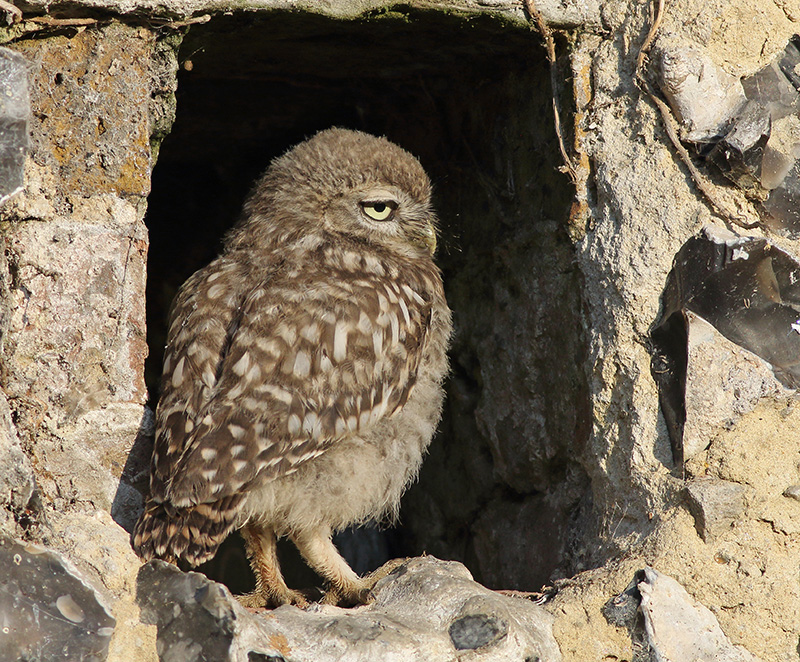 Another 10 days lapsed before I returned and the owl was progressing well spending a lot more time on the ledge exercising. 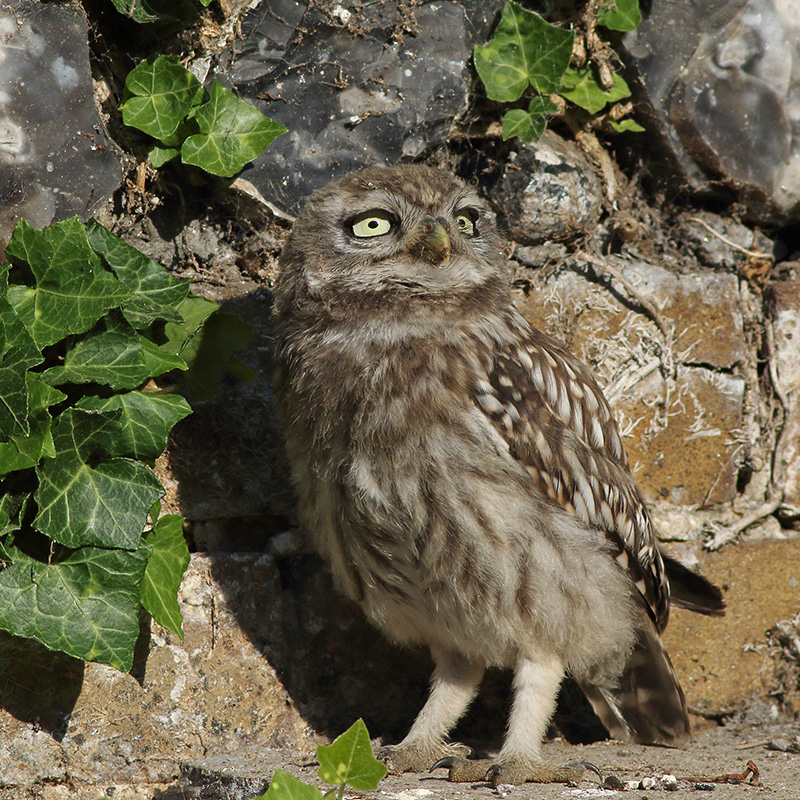 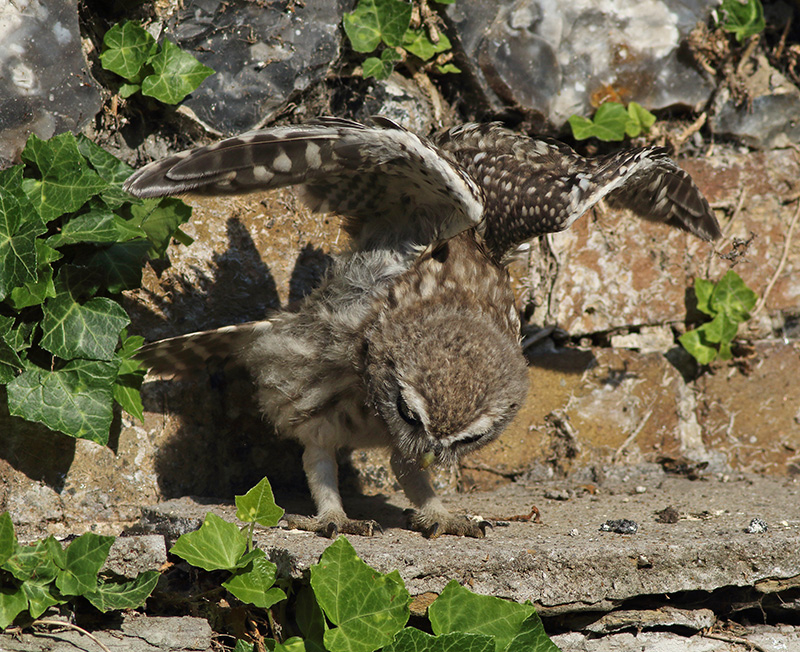 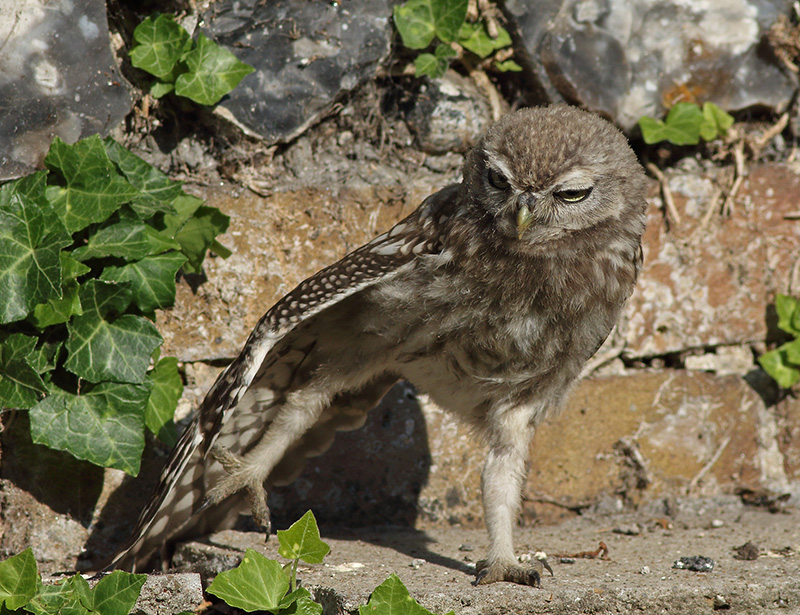 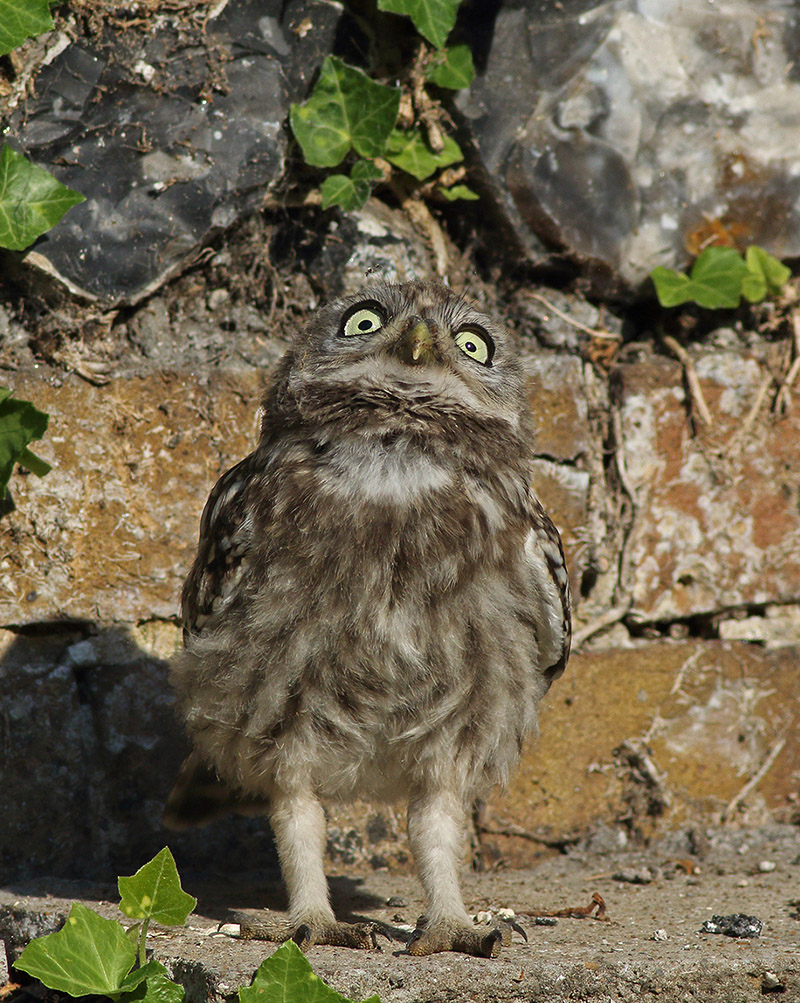 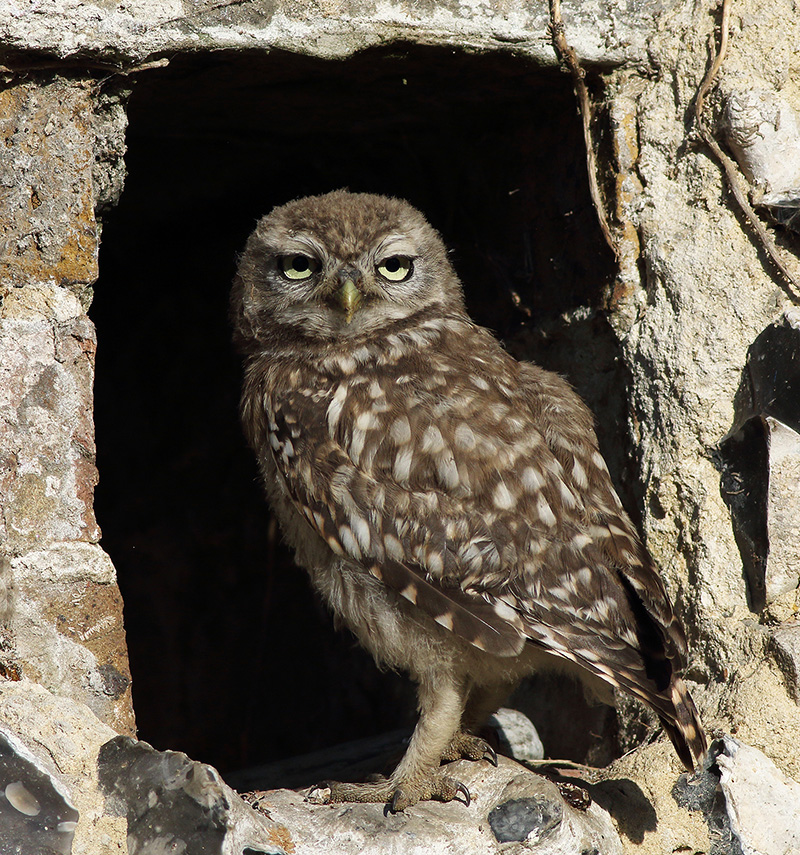 That was my last visit for the year.

The previous year I had started visiting when the chick(s) was quite well advanced so from the perspective of bird age these shot compliment those posted above.
For several days I placed earthworms below the nest hole in the hope of getting a bird flying down to feed and eventually my patience was rewarded.

It spotted the worms. 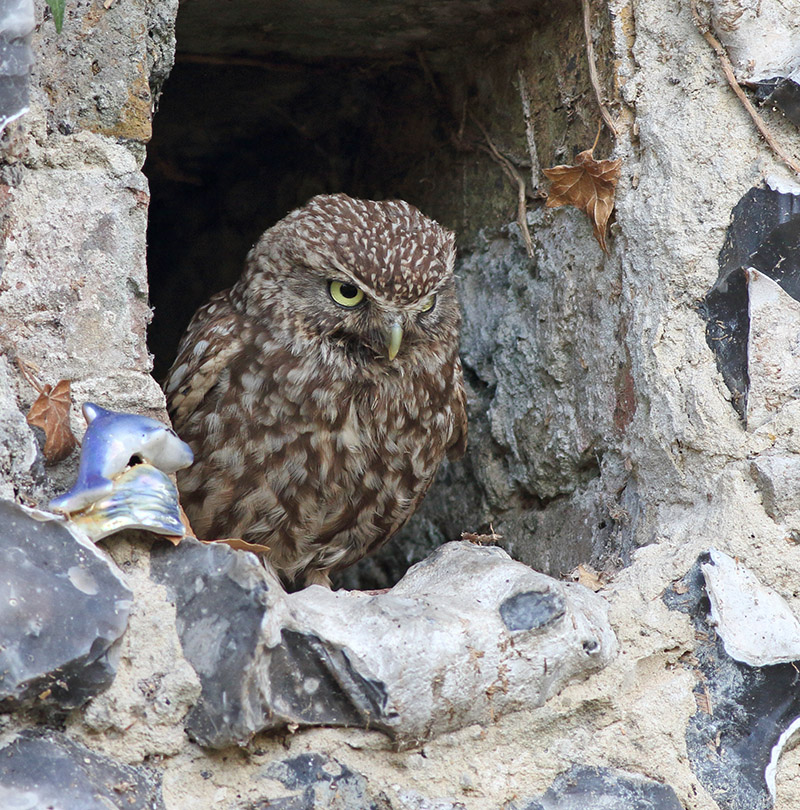 ….moved on to the ledge to be a little closer Swooped down, picked up a worm and returned to it's hole before I could get a shot off. 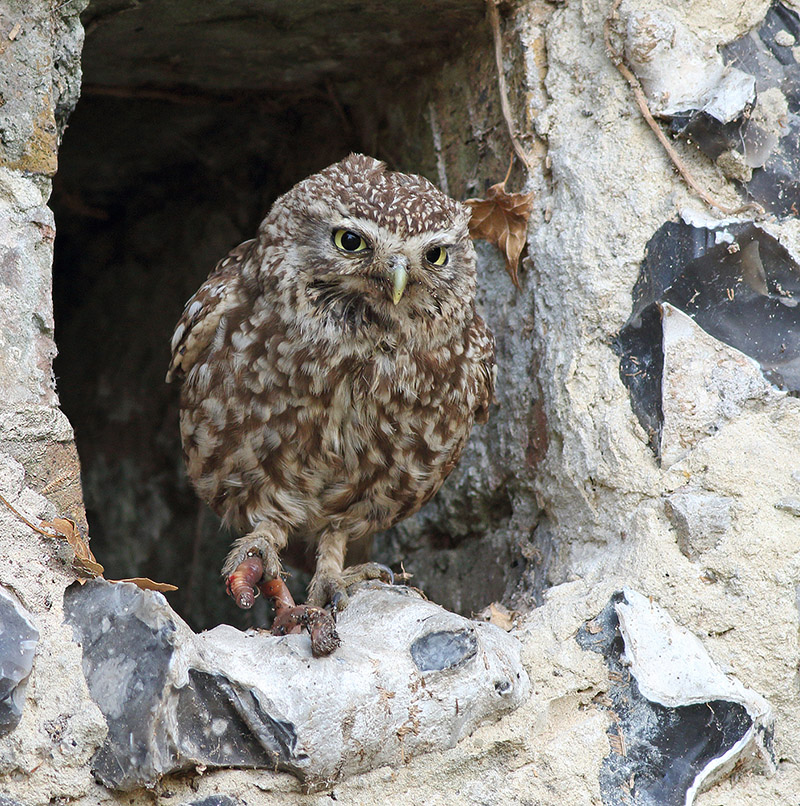 A little later it again dropped to the ground but this time it had to hop a foot or so to pick the worm up. I managed 4 shots before it returned to the hole. Luckily the piece of ground with the worms was now in the sun. 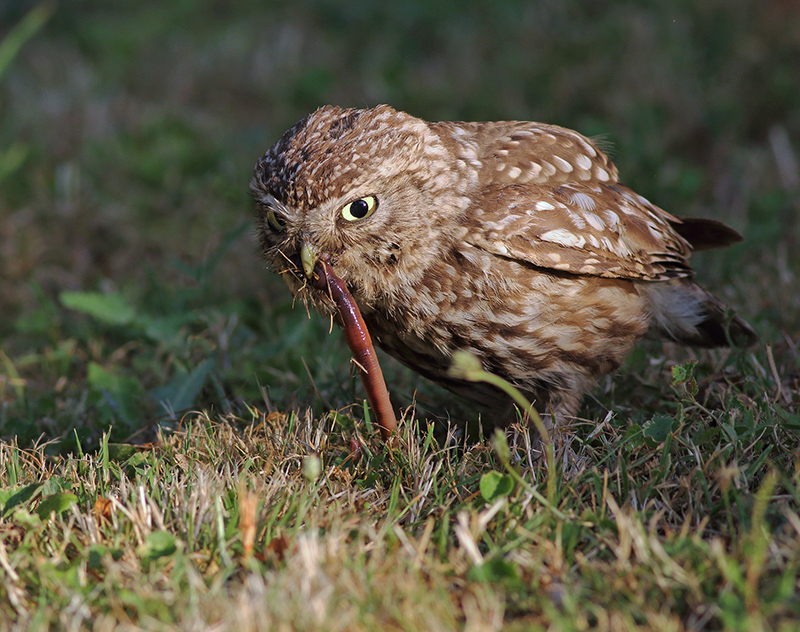 As gefore it returned to the hole to enjoy it's breakfast. 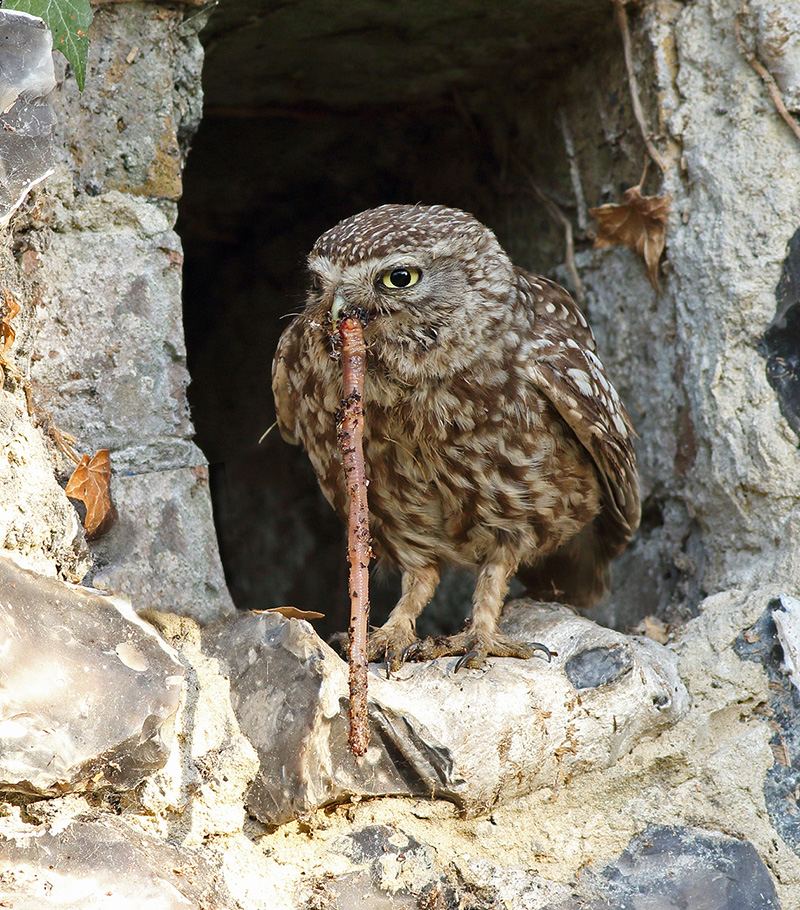 That was my last visit that year.

In all the time I spent viewing the hole but never saw more than one little owl and I never managed the adult returning to the hole with food. Perhaps next year.

Posted by Greater Kent Birder at 00:03