October 2018 saw a couple of jack snipe take up residence at Restharrow, Sandwich. For the first week or so they seemed to restrict their movements to a small area of reed stubble to the right of the hide and the adjacent wet/muddy areas. So despite seeing them every day for  over a week I still only had quite distant record shots  though it must be said a few others had enjoyed them being a little closer. 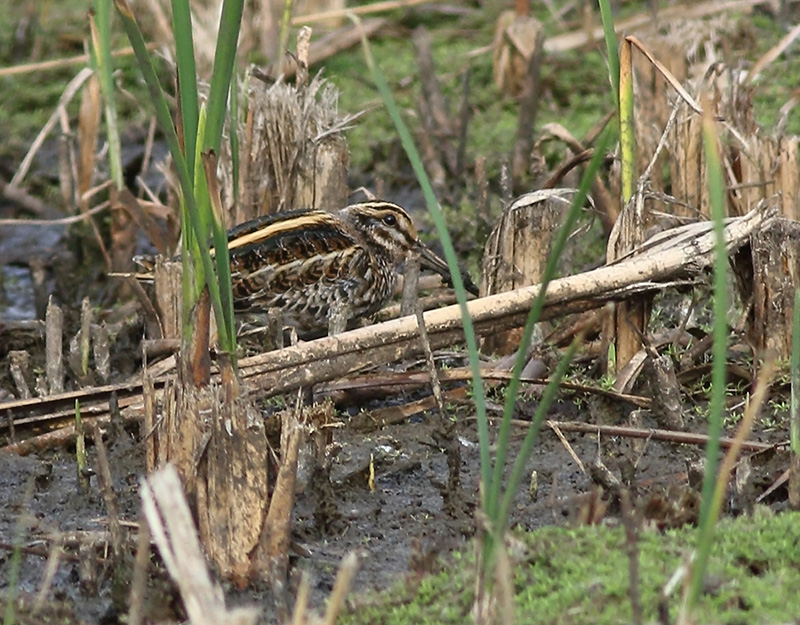 On the 28th I turned up at Restharrow as normal and a quick scan of the stubble showed no sign of the jacks but a look left along the near bank showed one right out in the open: 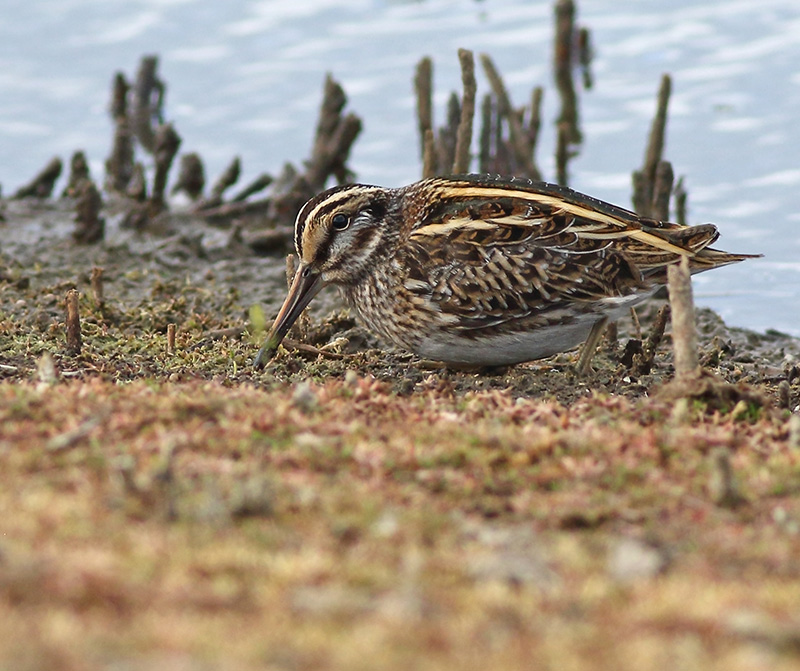 It bobbed about down there (20-25 yards away) for quite some time then started to move.... for once towards the hide rather than away. This was a bird that was clearly not shy of the camera because it stopped for a wash and brush up so it would look it's best when papped. 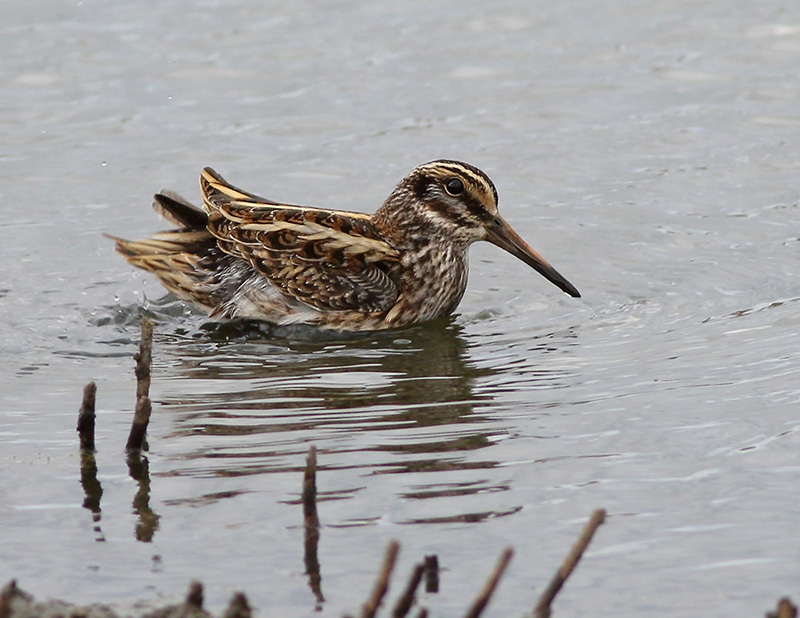 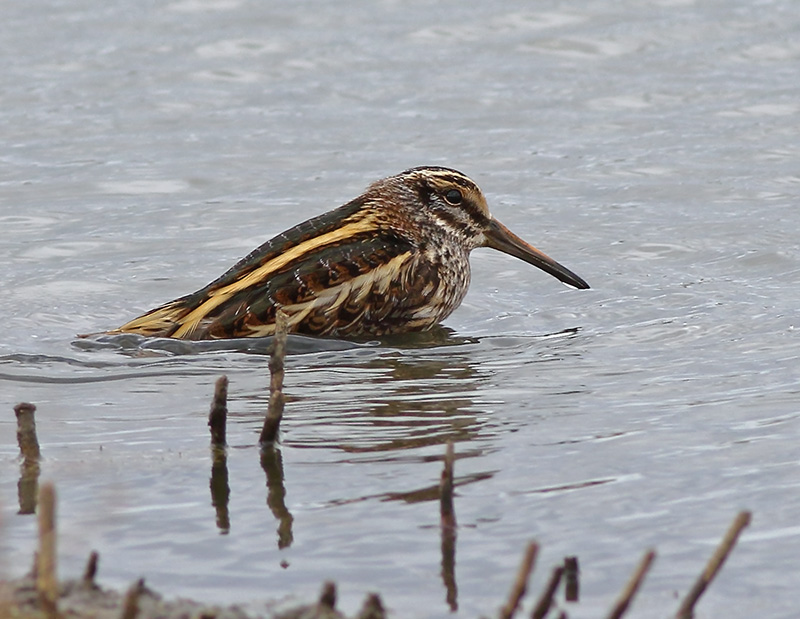 After a short flight to the bank (I wasn't ready for that!) it finished off it's ablutions and continued moving closer to the hide, bobbing and feeding as it went. 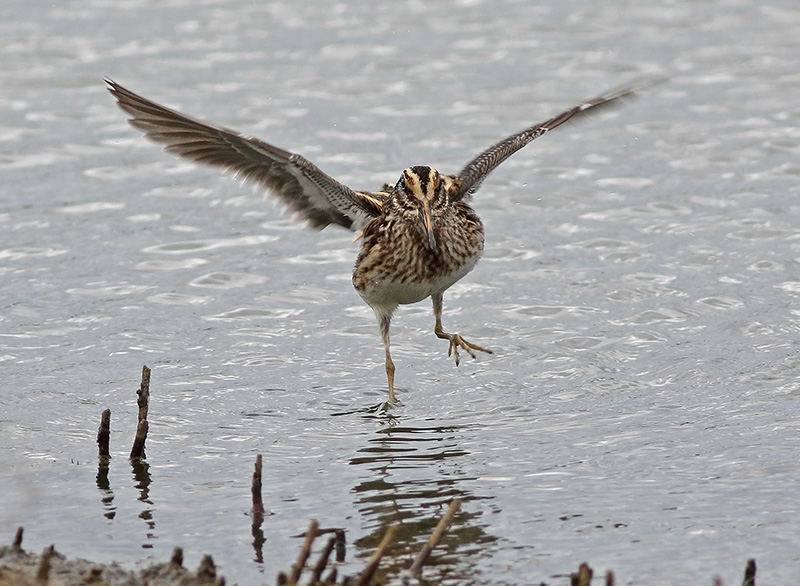 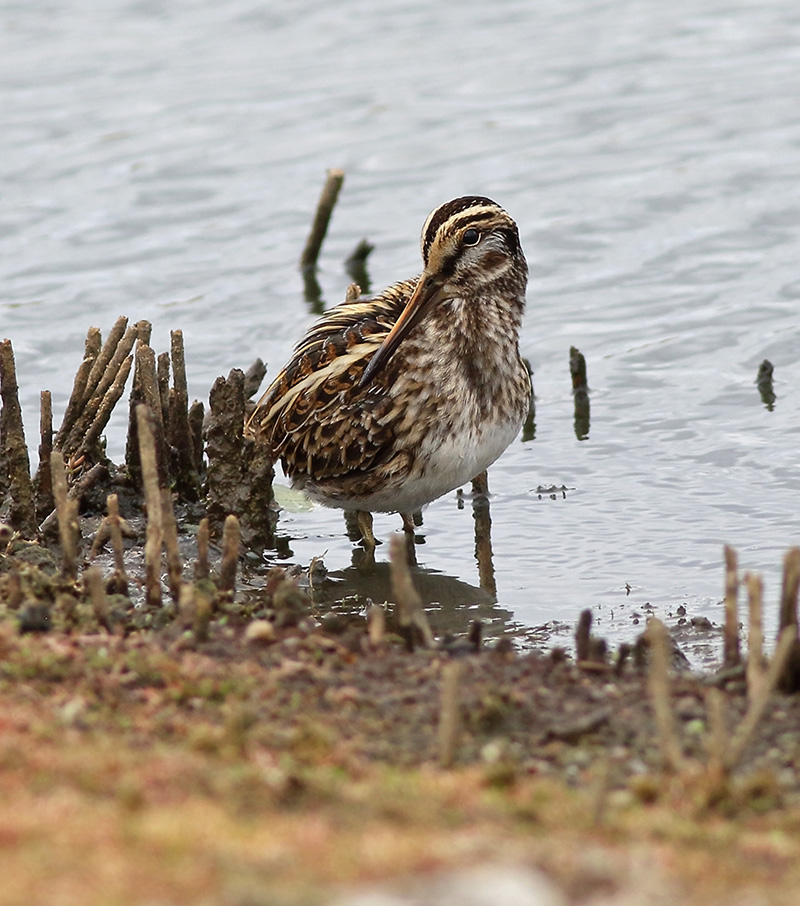 It never did come right in front of the hide but got quite close and what's more the sun came out. 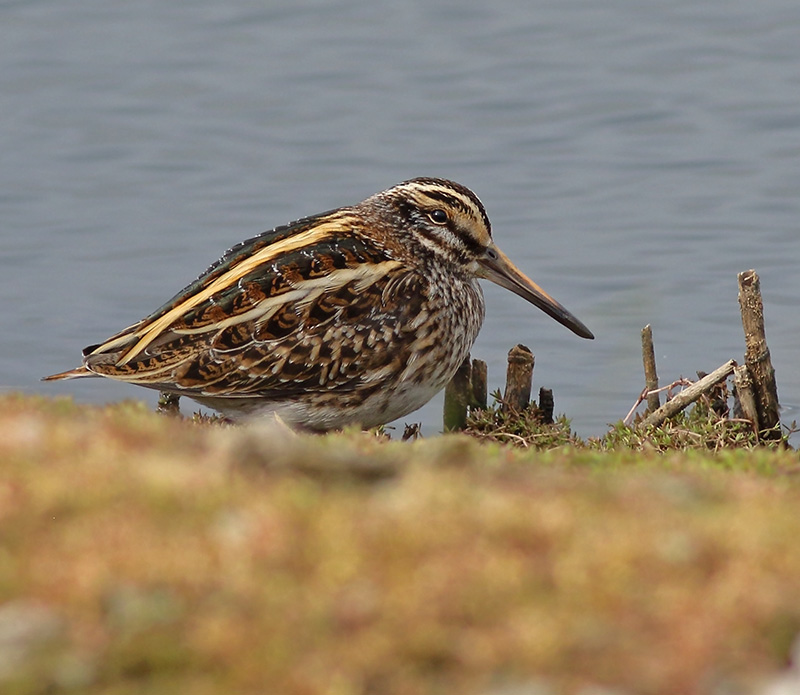 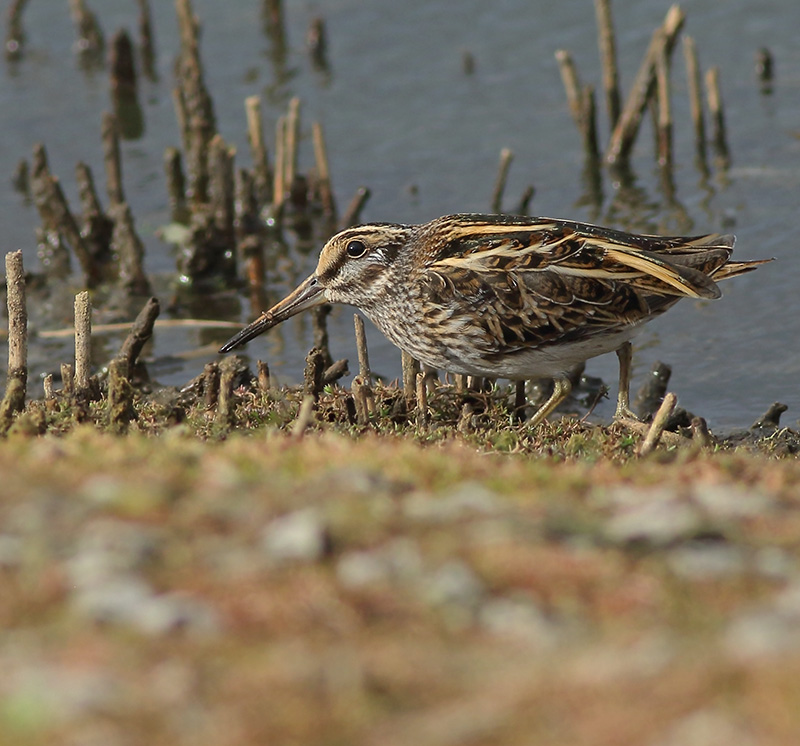 Eventually it moved away and that was it for the day; I wanted to find a yellow browed warbler or two.....but failed. Well I found some but never got the camera on one.

Next morning I was back at the scrape and the jacks were still in residence and this time both were in view, one to the left of the hide (where it was the day before) and one to the right over by the reed stubble but after a short wait they both started moving, very slowly, towards the hide. 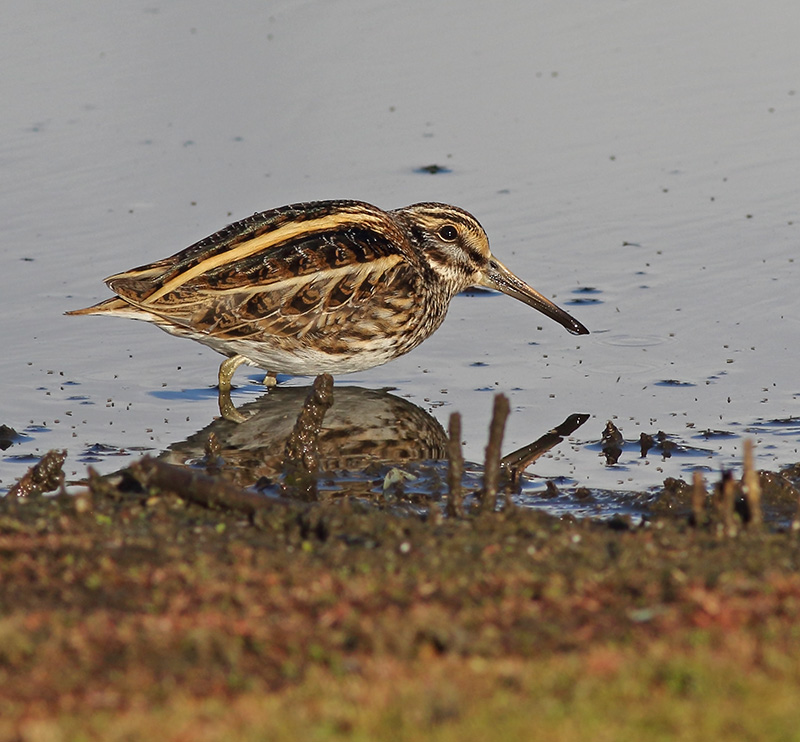 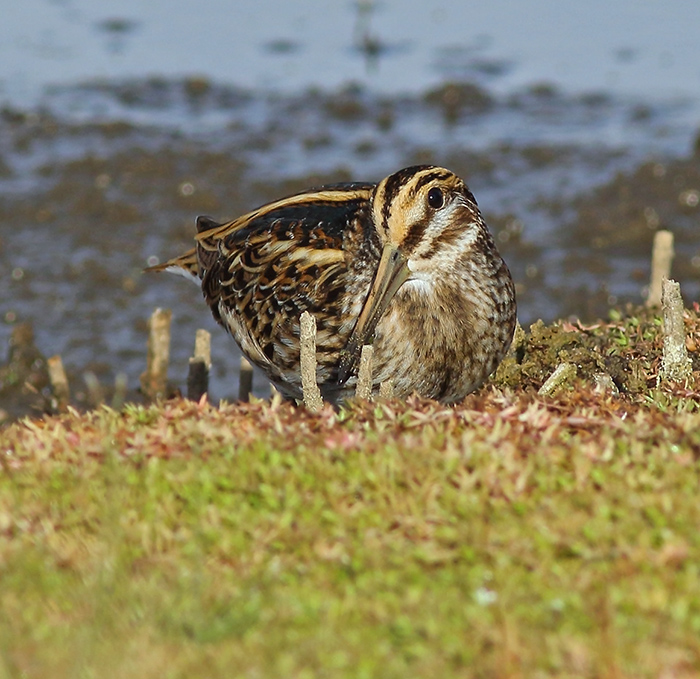 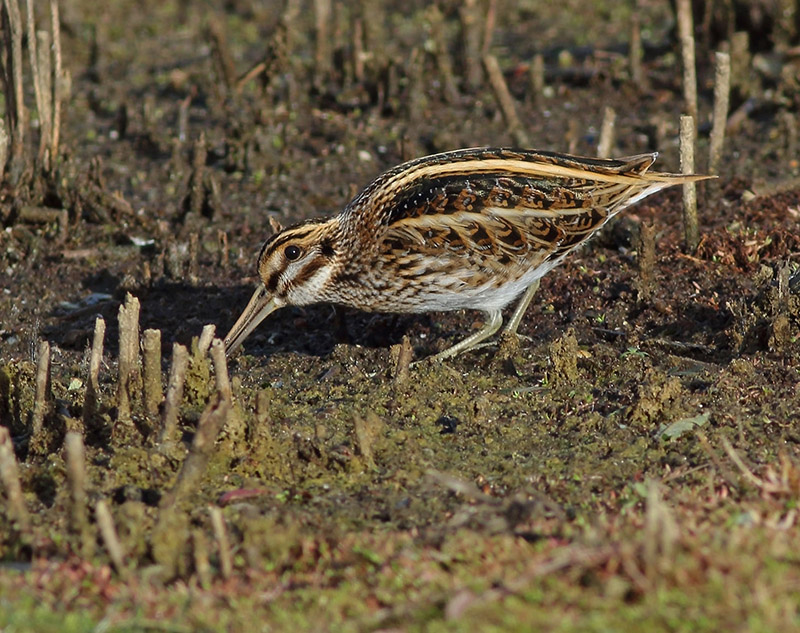 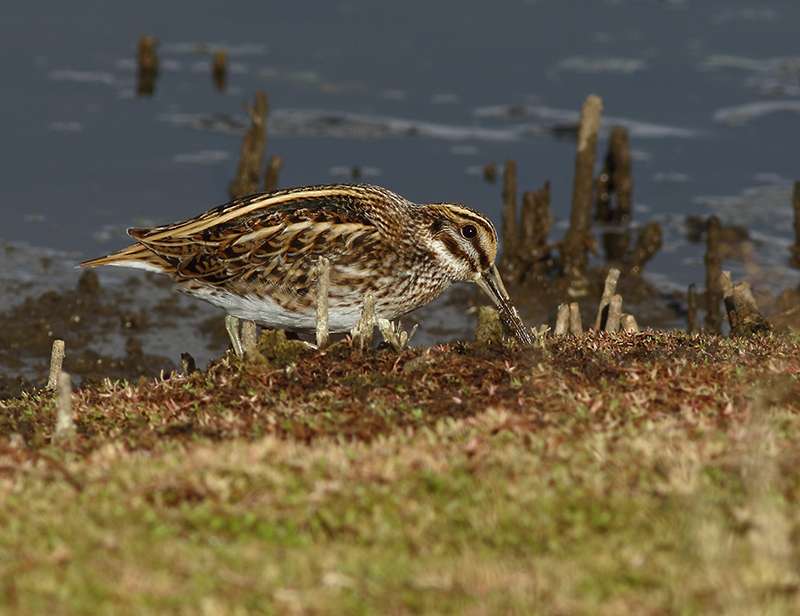 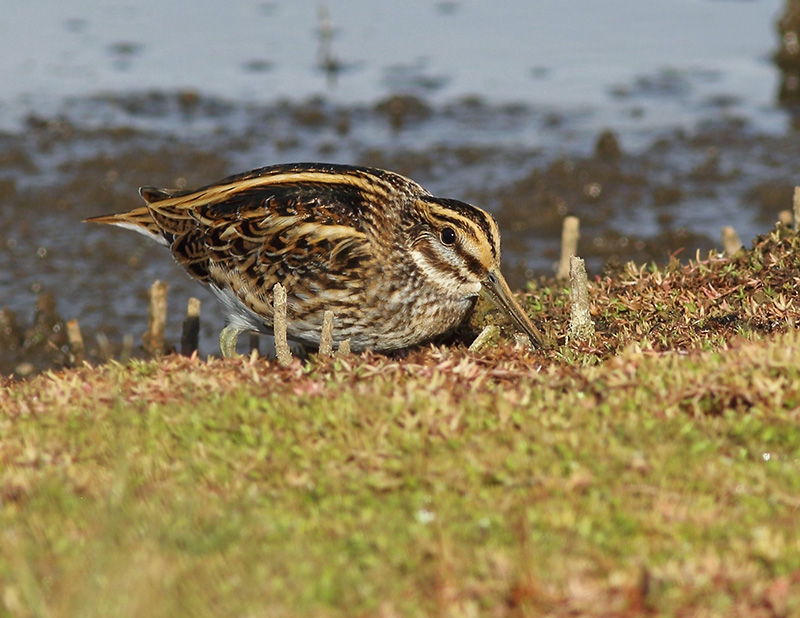 After half hour of mentally trying to urge the snipe to come closer they both did, actually crossing over right in front of the hide but only being "in shot" for the briefest of moments - it's amazing how fast they can move whilst bobbing when they put their mind to it


Our luck was in however as both turned round and eventually fed alongside each other right in front of us.


They were in front of the hide for a few minutes though often obscured by the bank but eventually they decided they'd posed enough and scurried off, running back to their reed stubble. 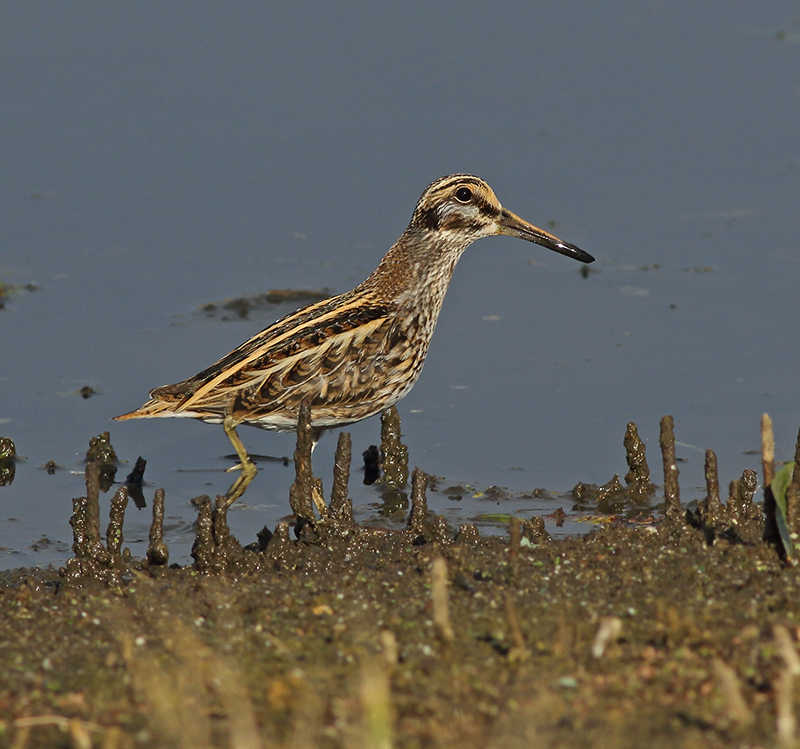 That was the last decent session I had with them.
They remained around for another week or two but as far as I know never came in front of the hide again, restricting their activities to the stubbly area to the right. The hide was very busy during this period so perhaps the disturbance was too much for them. My attention switched to the white billed diver though I only got reasonable shots of it on the first day I saw it when it was around Botany Bay.

Posted by Greater Kent Birder at 11:45