When the north wind doth blow

It was sub zero and with  a character building north wind when we (Ian, Roger Thompson and myself) decided to walk to the point - and a good decision it turned out to be. 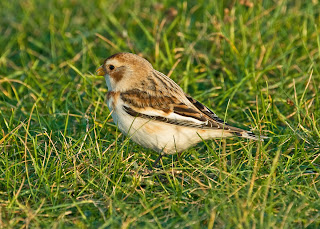 We had only just reached the sea front and started north when we found a snow bunting and a little further on we found another 4. The last time a bird of any note was on this stretch of the beach was the dotterel.


Just past the Princes old club house we heard a lapland bunting (well I heard it but Ian identified it!) but we couldn't locate it. 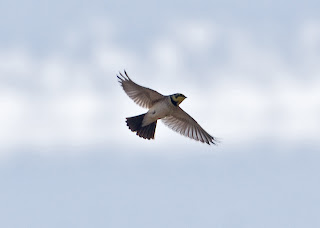 As we worked our way north 2 shore larks flew past going south and although they landed they were miles away so we continued north. Our disappointment was short lived as we found another one on the beach - in the normal place on the sand/shingle but close to the grass. As we approached this too took to the air and flew south but almost immediately turned into the wind and allowed a few record flight shots to be obtained. 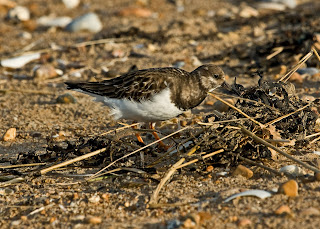 As we continued north I amused myself trying (emphasis on trying) to get a picture of a turnstone turning seaweed. 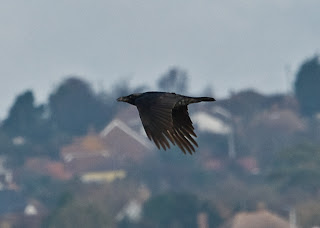 As we neared the point we found 4 stonechats but our seach for the dartford warbler Dylan had found last w/e was interupted by a raven which flew north and landed on the beach.
Also seen whilst we were on the point were 2 snipe and a marsh harrier.

As we started our journey back the dartford warbler finally showed in one of the clumps of buckthorn but each time too briefly to get a picture.
On the journey home we re-found 2 of the shore larks and the 5 snow buntings but failed to relocate the lapland bunting. 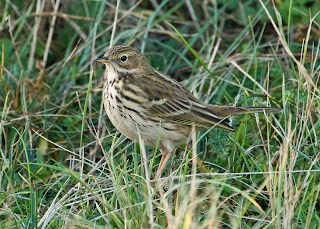 It was whilst looking for the lapland on the edge of the golf course that I found a very tame mippit - it would have been rude not to take it's picture.
So all in all a very productive morning!
Posted by Greater Kent Birder at 17:48