Today looked as though it was going to be similar to the last few weeks at Sandwich (or should I say 6 months) plenty of sun, plenty of wind, but almost no birds.  There were 6 or 7 snipe on the scrape, a few crests in the Elms and Middle field, and a few siskin, redpoll and goldfinch flying back and forth but that was about it.
With nothing showing I left resigned to spending the rest of the day doing chores. After lunch I took a trip to Dover B&Q but on the way I decided to give the harbour a look in the hope that the brisk SE wind might have blown a few things in.
I had only gone about 30 yrds out on the pier when I spotted a tiny grey bird on the water, I raised the bins and yo!!!!! A grey phalarope - only the second I have seen! The tide was quite low and the bird about 40 yrds from the pier but I fired off a couple of record shots....just in case it disappeared.
As I was alerting some of the local pensioners to the phalaropes presence I noticed some terns that were patrolling the pier wall plucking food from the surface.
The next 10-15 minutes were spent trying to keep half an eye on the phalarope whilst trying to get some decent images of the terns to aid id.
Tony was the first to arrive (he was already in Dover though stuck in traffic) and when he joined me I had to admit I had lost the phalarope! Phil soon turned up and they soon refound the phalarope about where I had last seen it but by now it was quite close to the pier wall – I’d been looking too far out in the harbour. It being close should have improved the quality of the pictures but it didn’t because now the bird was in the shadow of the pier and it was pretty choppy down there. 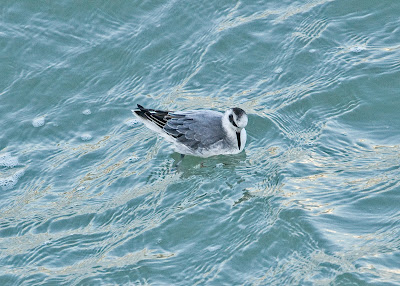 The next hour was spent continuing to take pictures of the phalarope and the terns. There were 4 or 5  terns in the harbour but two seemed to like patrolling the sea wall. One still was very brown on it’s back but the other was a lot greyer though both appeared to be young birds and their calls did not sound like common terns (they were clearly not Sandwich – even I could work that out). 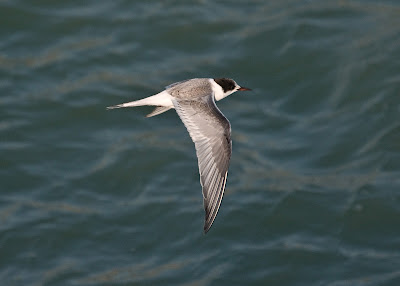 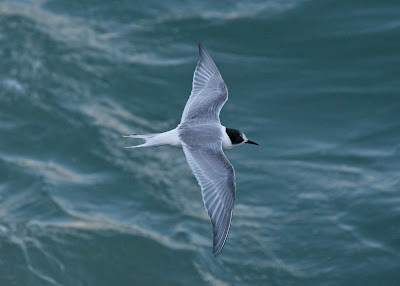 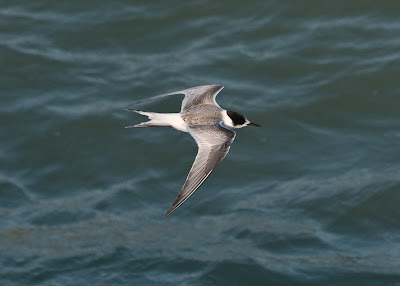 Phil had alerted some other local birders to the presence of the phalarope one of which had just found a purple sandpiper over towards the car ferry end of the harbour so we all went over to see if we could find it. This we managed and a few photographs taken.
So what started out as an awful day ended very well – I’m just glad I had to go to B&Q!!!!!!!!!
To cut a long story short we (Tony Morris and myself)  have agreed they are arctic terns. The beak is quite short, the secondaries are pale showing no sign of a dark bar and they didn’t sound like commons. Here are some of the pictures; you can judge for yourself:
Posted by Greater Kent Birder at 22:14