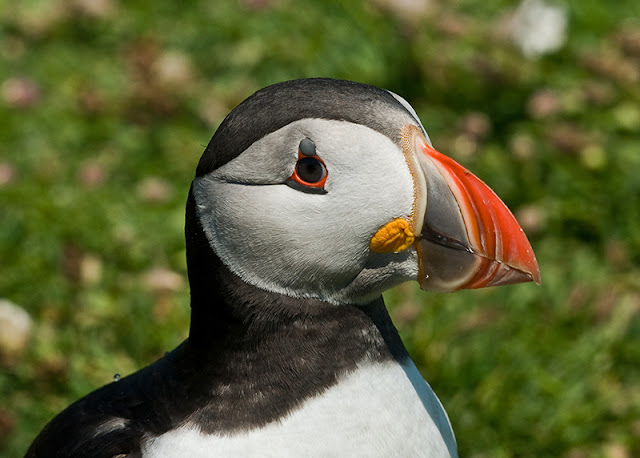 In this week’s Country File program there was yet another article on sea bird declines and yet again the media skirted round the subject.
One expert they trolled out said the sea bird decline had to be caused climate change – this is the routine mantra for any and everything going on in the environment and one where no one (or everyone) is to blame. The second, from the RSPB, almost contradicted the first "expert"and actually came close to identifying the cause of sea bird decline in that they said what we need are marine reserves. However they didn’t say why. Still it was actually an improvement over a recent article in the RSPB mag which also failed to point the finger where it needs to be pointed – over fishing.

For what it’s worth here’s my thoughts.
For my analysis I will concentrate on Skomer (because I like it there and it has a thriving puffin population) and Scotland (Firth of Forth – Isle of May) where the Puffin population crashed.

Sea Temperatures:
For the last few decades the seas around our shores have been slowly getting warmer but this has only been by 1-2C and the increase is erratic. In fact it may have gone down in the last couple of years. The data is thin but 2011 was back to close to the long term average i.e. it reversed the recent increases and from talking to local fisherman I suspect 2013 is going to be another cold one.
What does this mean for my chosen puffin colonies.
At Skomer the average sea temperature gets down to around 8-10C in winter and the summer high is 14.5 to 16C. In 2007 and 2008 it actually got as high as 17.5 but 2011 was back to the average range.

I don’t have data for the Firth of Forth but I do for Scarborough which for a southerner is pretty close. Here the winter low is several degrees colder than Skomer - around 5-6.5C.and the summer highs at 13.5 – 15C are likewise colder.

So the temperatures in the North Sea are consistently lower than those off the west coast of Wales so it seems strange that the experts always want to explain the crash in North Sea sand eel and puffin numbers to changes in sea temperature.

The case against fishing

It seems fishing for sand eels in the North Sea didn’t start until the 1950’s then increased in popularity in the 70’s and came to a head around 2000. By this time the annual catch had increased to 1,000,000 tonnes – yes 1,000,000 tonnes. Most of the fish were ground up and used for fish oil and fish meal.
Continuing to point fingers – it was the Danes and Norwegians who were doing most of the fishing. Since little was known about sand eel populations and reproductive rates etc it was deemed ok to plunder the seas for everything they could catch.
It was only a matter of time but in the early 2000s  the sand eel population crashed as did the catch and by 2006 the catch was down to 200,000 tonnes.
Only an idiot would think you could take this volume of fish out of the North Sea food chain and not affect it.
I can’t relate these numbers to specific puffin colonies because the numbers are for the whole of the north sea I haven’t been able to break it down to specific areas of the north sea (i.e what was going on around the Isle of May) but someone out there should know. I’m sure I have read the sand eel population in that area crashed but I can’t locate the reference; you’ll have to take my word for it.
As far as I know sand eel fishing has not been significant off the Pembroke coast.

The temperatures of our seas do seem to be warming but there is no correlation between puffin breeding success and sea temperatures (in fact for the Isle of May Puffin numbers increased hugely between 1960 and 2000 in parallel with increased water temperatures). There is however a correlation between breeding success and sand eel numbers – when the sand eel population crashed due to over fishing so did the puffin numbers.......it’s not rocket science.

For anyone interested in reading a bit more on this try http://www.appinsys.com/GlobalWarming/Puffins_UK.htm

The life of a Sand Eel:

As in all things the above is a simplification in that it only deals with 2 variables – sea temperature and fishing. A few years ago I did some research on sand eels in an attempt to understand what was going on. Here’s what I found:

Sand eel have a world-wide distribution. There are a number of different species/sub species and they exist in tropical, temperate and arctic waters. Whatever the water temperature there is a sand eel that likes it.
Most of the studies I found were on the North Sea species Ammodytes marinus. This is one of 5 species in the North Sea but it is the most prevalent and is the main one caught commercially. This species is at its southern limit so would/could be susceptible to temperature changes (though which part of the life cycle is the most sensitive to temperature change is unknown).
None of this makes disentangling what is going on easy in that conclusions from one area (i.e. the North Sea)  may not be actually be applicable to another ( i.e. Scomer) as the eel species could be different –I’ve found nothing useful on what species lives in southern and western waters.
Getting back to Marinus  it seems that the industrial fishing for sand eels (mainly marinus) really started in the 70’s and continued until 2003 when the catch suffered a major collapsed. At the peak the Danes/Norwegians were extracting around 800,000 - 1,000,000 tonnes per year!!!!!!!!
http://www.climateandfish.eu/default.asp?ZNT=S0T1O-1P192 is a pretty good article and has the catch numbers amongst other things.
At first claims were made that this level of extraction was ok because natural predation is far greater than commercial extraction and extraction continued at this level for a number of years until the population (and catch) crashed suddenly. Draw your own conclusion.
For many years the link between sand eel fishing and bird numbers was also questioned because during the initial period of industrial fishing (‘70’s – 80’s) bird numbers actually increased in many areas despite the increasing annual sand eel catch (and sea temperatures fr that matter). However at the same time the sand eels normal predators were decreasing so it could be sand eel numbers only held up because natural predators had been removed by over fishing.

Effect of temperature on Sand Eels.

I tried to look at the effect of sea temperatures on sand eel life but didn’t find much in the way of convincing evidence one way or another.
I did find a paper that suggests that sand eel spawning is unaffected by temperature (it is ok between 0-13C) but the life cycle is such that this could only be part of the story.
Sand eel eggs are laid in winter and are demersal (sink to the bottom) with the juvenile living off the yoke sack often for quite long periods. It looks like the eggs and larvae don’t drift too far so repopulation of a depleted area could take a long time.

I didn’t find much on the impact of temperature on the other phases of the life cycle though since sand eel larvae feed on plankton and water temperature affects the timing of  plankton blooms there must be a dependence on water temperature in there somewhere – though warmer waters may mean more food is available for the sand eels.
It also seems there is a lot of variability into how long it takes the young eels to progress through the larval stages to adulthood. This is regarded as an evolutionary protective measure to ensure the survival of the species under variable conditions – it should take care of any normal variations in the timing of planktonic blooms.
Once in the adult stage the eels feed during the day (hunting by sight) and this takes place mainly during the warmer months when prey is about. During the night and in the winter they remain in the sand where they are immune from some (not all) predators. Warmer waters should therefore mean more prey but I think there are studies that suggest the species of prey available may change with warmer temperatures. 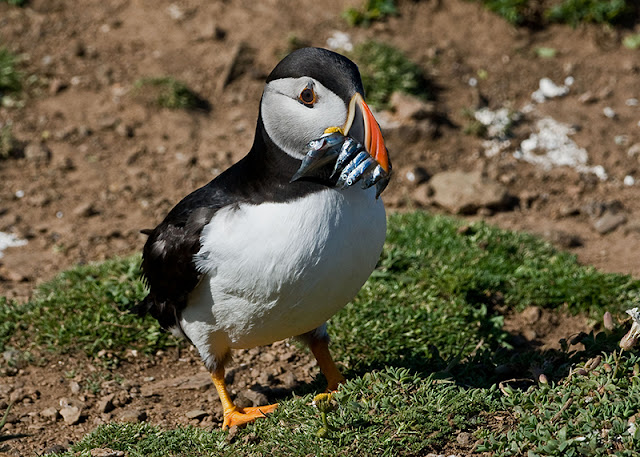 If all of that is not enough it also seems that many sea birds need the young/smaller eels for their chicks especially when newly hatched so it’s possible that the timing and numbers of juvenile eels could be a problem even if the overall population is healthy. 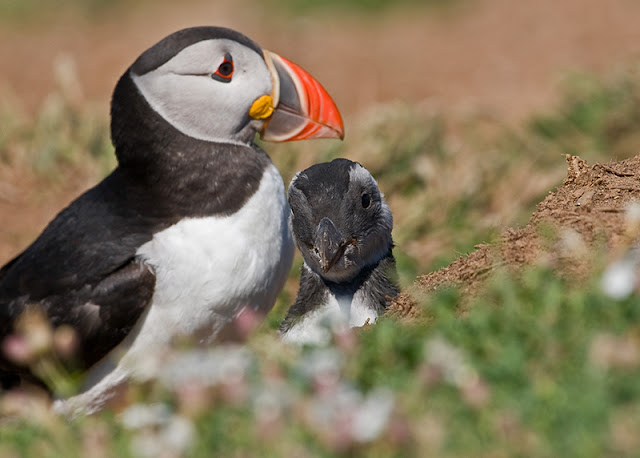 So the impact of temperature change on sand eel populations is a difficult one. What’s not difficult to understand is that if there are no sand eels there due to over fishing then there will be none for the birds to feed on.

Hope you enjoyed this little rant.

Posted by Greater Kent Birder at 19:47