The other day I spoke to Chiddy about his black redstart pictures and was told where they were. I was surprised at the location as I had checked it out about a month ago and found nothing.
Anyway yesterday I went down - I'd already had a look at Restharrow and Backsand (on the trusty bike) and only seen green sands, little egrets and a heron.

Once there I searched for about 30 minutes and was about to give up when I found mother and children(2) on some tarmac behind a metal fence. The light direction was all wrong and they were in the shadows most of the time anyway so the camera remained unused.
Fortunately they were pretty mobile and eventually moved to a better location to see an were in the sun. This area was also behind a metal fence and the gap between the uprights was 2-2.5 inches so the pictures had to be taken between the bars (I put this forward as an excuse for the quality of some of the pictures).
A lot of the feeding seemed to take place on the ground where the view was obscured by the tall weeds and grass but my first photo opportunity was of a feeding where they were in view though the view was partially obscured from the camera due to the metal bars.

A little later I found one of the juveniles on a shed roof and due to the metal fence obscuring my approach I got really close. 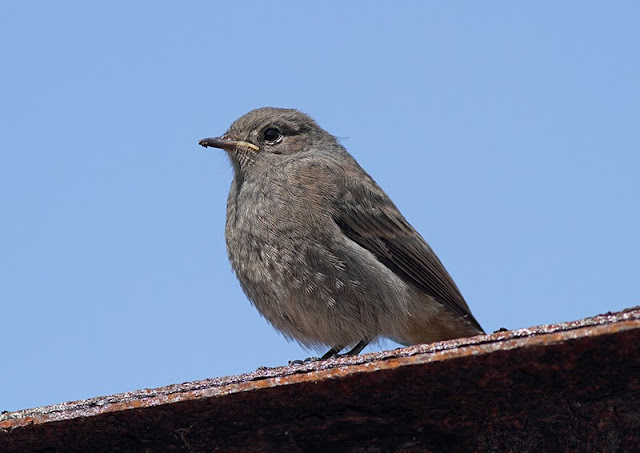 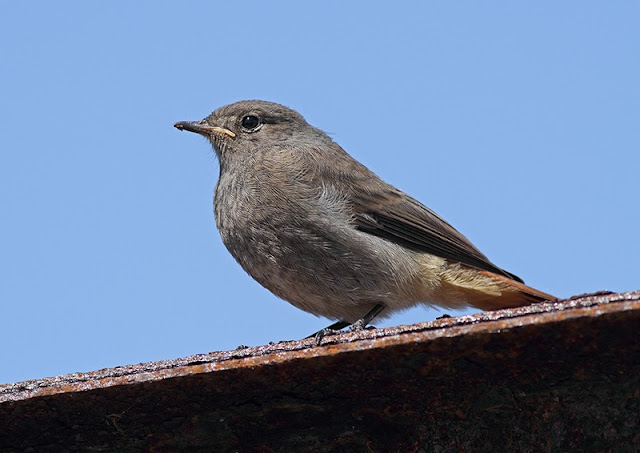 Whilst the birds moved around quite a bit the next half hour provided a number of photo-opportunities though some would question the aesthetics of the location. Who cares, I got to use the camera. 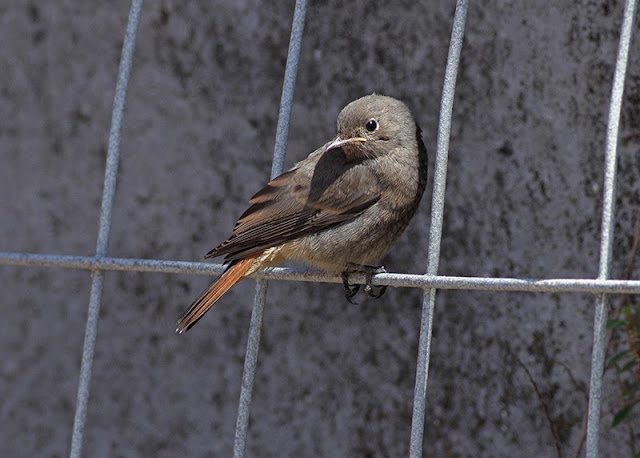 Several locals wandered past (walking dogs, just strolling about) and all seemed to know about the black redstarts and one old gent told me this was the second brood and told me where she had reared the first. Great news really.

For those out there who care my ankle is getting better slowly. It's still noticeably swollen and although ok to walk it still swells up when I do so but as I said it's getting better. The real problem is my now total lack of fitness. After being sat on my backside for best part of a month I'm so out of condition it's unbelievable and my greek god like physique has suffered a little too.......

Posted by Greater Kent Birder at 13:44