Over the last 2 days first the grass and now the reeds have been cut on Restharrow scrape. There are still a few stands of reed remaining but only where the water was too deep to reach. Thanks to the Conservation Group and Dave Kirkaldy for doing the hard work.
Whilst at Restharrow yesterday (and before the reeds were cut) a wood sandpiper was showing very well though the reeds prevented any decent shots. It flew off at 10.20 whilst I was there and to my knowledge did not return. 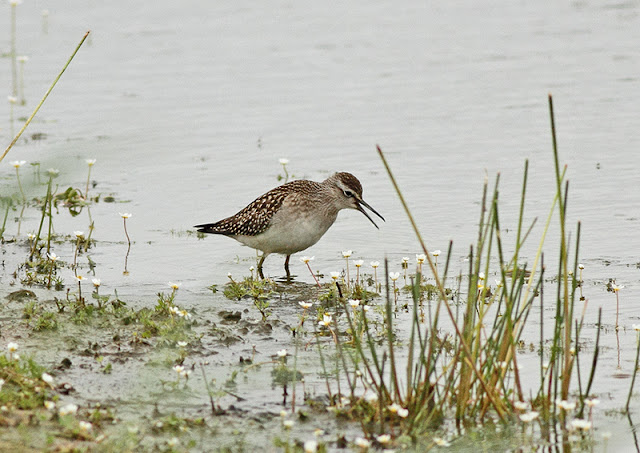 The tide was all wrong but this morning I had another look at Backsand arriving around 8.45am. As expected the shanks had returned to the river/estuary and only a lone green sandpiper was there. The good news is that the mud is just beginning to show.
I hung around for an hour or so because a grey heron dropped in about 25 yrds from the hide and fiddled about preening for around 30 minutes. 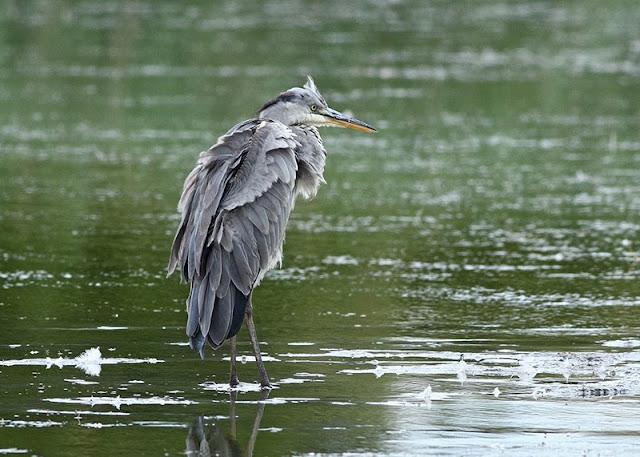 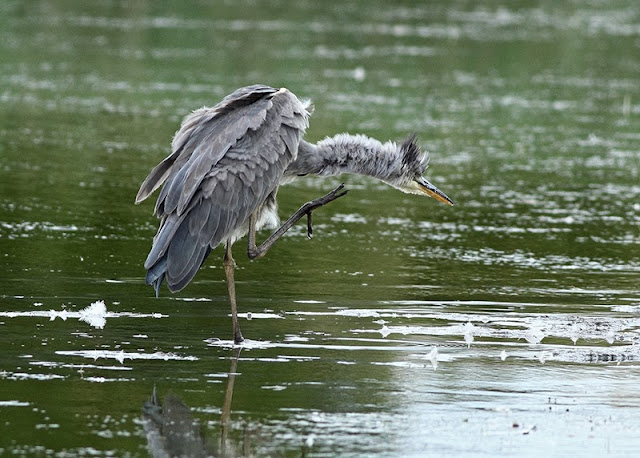 The whole morning there had been 10-12 BH gulls on the scrape but after ignoring the heron for at least 90 minutes they suddenly took exception to it and started dive bombing. They didn't succeed in frightening the heron off though he did respond vocally and by keeping his beak skywards.


After that he went to feed out of range so I departed as a little egret flew in.
Posted by Greater Kent Birder at 17:32