I’ve been back from holiday for a couple of weeks now and after knocking Rhodes as a holiday/birding destination I’m now beginning to think it was a glorious place. The reason for this change of view is that the birding down here on the on the East Kent coast has been dire. It’s true that a few days ago enormous numbers of hirundines and chiffs moved through but other than that it has been grim.
Now the birding in East Kent being rubbish is not an unusual phenomenon but what has made it worse is that from Suffolk northwards yellow browed warblers plus all sorts of other goodies have been piling in on the easterly winds.  Down here..............nothing. Just why East Kent gets nothing on so little on an easterly wind no one has been able to explain but it always seems to happen. Earlier this year the NE of England had more red backed shrikes and wrynecks than they knew what to do with but down here........nout. I know a few of both species eventually turned up but that’s not the point. The point is why does the closest place to mainland Europe do so badly on easterly winds when all sorts of goodies get blown across the north sea at its widest place?
My theory, which is mine, (anyone out there remember Anne Elk ) is that it’s all the fault of French. They built Calais and Dungeness. The resulting industrialisation and pollution (which you can see at times from this side) means there are no birds over there to get blown over here. Now I know that there are a few very minor flaws in this theory, not least of which are sightings they enjoy at Cap Griz Nez but there must be a reason none come over here. If anyone out there has a theory as to why we get so little on an easterly could they share it?
Since I started penning this thesis things have picked up in that several YB warblers, firecrests and a even RB flycatcher have appeared on the scene (not that I have seen any) and today a jack snipe appeared on Restharrow scrape.
I would like to say I was the finder but I wasn’t, I was in the Elms failing to find YB warblers and firecrests when Steve Raynaert sent me a text saying he had a jack snipe in front of the hide. Doing my best “rat up a drain pipe” impersonation I was there in a couple of minutes and onto it.
Nice. 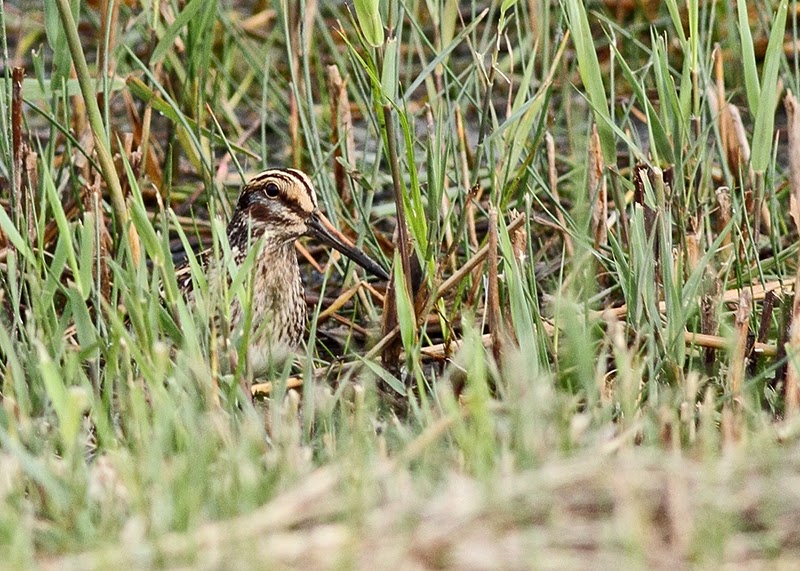 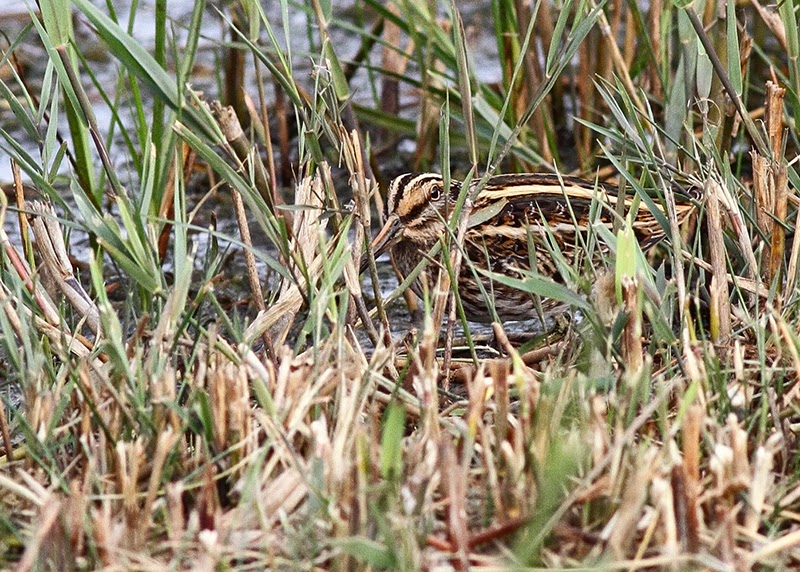 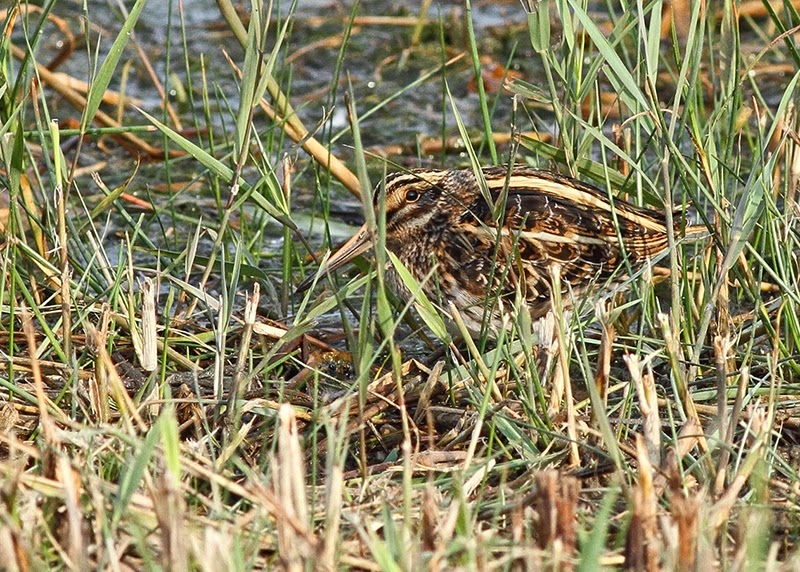 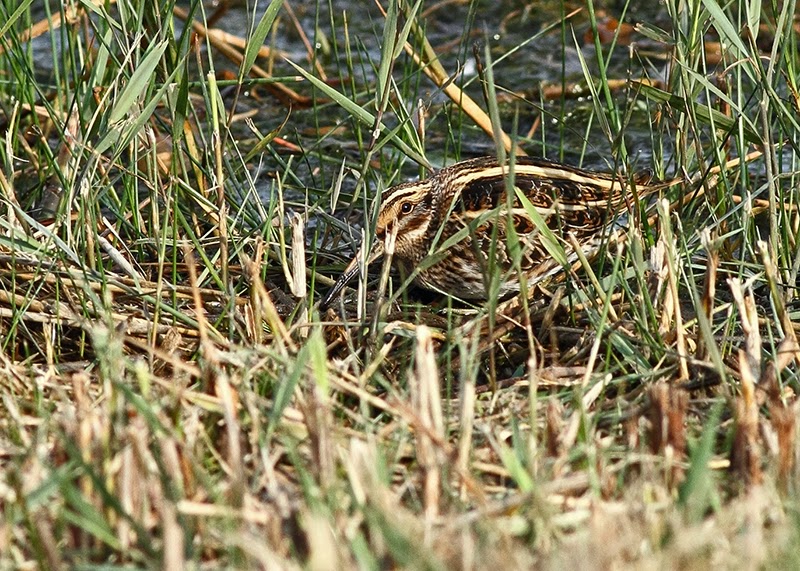 At this point it was 95% obscured by reeds/cut reeds but that didn’t stop us firing away with the camera in the hope that just a bit of the bird would in focus. Eventually it crossed some of the more open patches of reed and allowed some reasonable shots and very graciously it stopped for 5 minutes right out in the open. Needless to say after all the snapping I’d done over the previous 30 minutes now was the time that the card was full but luckily the bird waited for me to change the card and get some shots before it resumed its 1 foot an hour sprint along the bank. 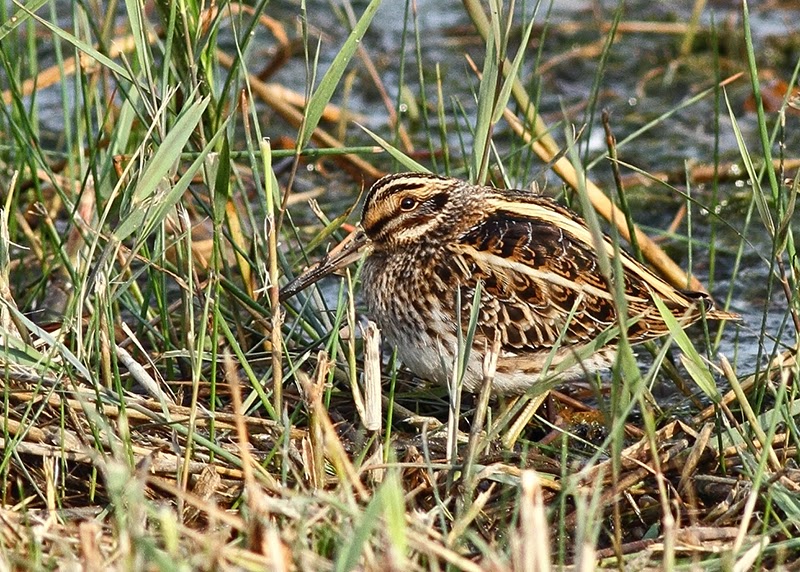 Posted by Greater Kent Birder at 19:01