Yesterday ( 9th) we (Steve Ashton (our trusty pilot), Alan Ashdown and Martyn Wilson) had a trip down to Marquenterre, Baie de Somme. This was our third attempt to go this spring - poor weather and a bank holiday thwarting the other attempts. The weather forecast was not brilliant - cloudy in the morning but becoming increasing brighter as the day wore on and with the prediction of quite strong winds throughout but given the recent weather and paucity of birds to point the camera at locally it still seemed an attractive proposition.
It was an early start for me as I was to pick up Martyn at 4.30am though for Martyn, who's normally on the ramp by 3.30 to 4.00 am, this constituted a lay-in. It also turned out to be an unexpectedly early start for Steve. He had asked Alan to phone him to make sure he was awake - so Alan phoned him at 3.15!!!!!! ( or something like that).
Anyway we caught our train (5.50 departure) and the drive down was uneventful though the weather looked pretty uninviting.

As normal we started in the car park (which offers better birding than most of East Kent!) hearing or seeing blackcap, willow warbler, chiffchaff, whitethroat, nightingale, hoards of greenfinch (flocks of them - up to 50 strong), chaffinch, goldfinch,  blue, great,  and eventually crested tit - which Alan found by the entrance booth.


There were 3 birds in the group - 2 adults and a young bird who he adults kept feeding. I'm sure this is why they stayed in sight for so long. I use the term "in sight" loosely -  the reality was they were mostly hidden from view by the pine needles and the adults were worse than firecrests for flitting about. Success with the camera was very limited but I managed a couple of shots the weren't too bad given the dark conditions (1/60th sec at ISO 400).
As the crowds (yes crowds, mainly school groups) built up waiting for the reserve to open the birds disappeared.
On entering the reserve we went straight to the night heron roost but they were nowhere to be seen so we moved to the main pools in the hope of getting some spoonbill or stork shots and although we managed both it was very slow and the light pretty poor.


Our next move was to the black neck grebe lake but on the way we found a whooper swan sitting on a nest (only one egg) and a little further along we flushed 2 night herons who hung in the air for a little while before disappearing off towards the roost we had just left. This sounds like a good photographic opportunity but it wasn't - whilst we could see them they were the other side of a  load of bushes!.


On entry to the black-necked grebe hide we found them just a few yards off shore - unfortunately the reeds were quite high so we could only get pictures as they moved away.


We could see 5 close by plus a little grebe and a couple of great cresteds.
From the hide on the opposite side of the track we could see a number of waders (green and redshank plus common sandpiper) and a little grebe on a nest. One of the group had suggested one was a possible marsh sandpiper so we went running...needless to say it wasn't.
From what was just about the furthest hide from the entrance we could see 7 great white egrets. Unfortuneatly all were a long way away and we couldn't get near them.


It was beginning to brighten up a little so we went back to the pools close to the heron view point taking a few shots of a stork family on the way - mum plus 3 chicks.


With a  break for some food and a beer we spent most of the rest of the time trying to get aerial shots of the spoonbills (and the few storks) that were flying to and from the heronry. 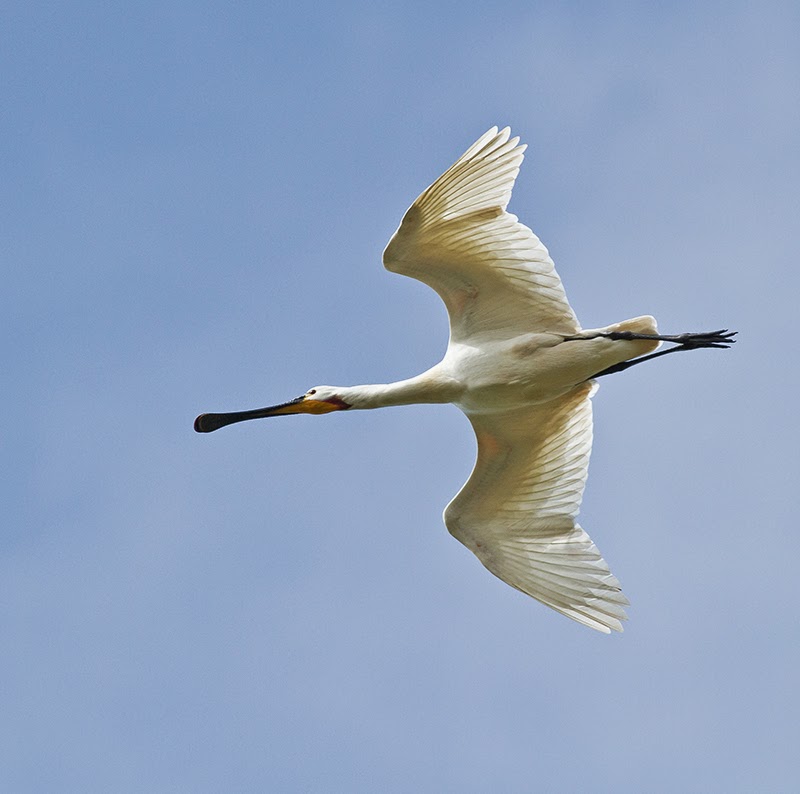 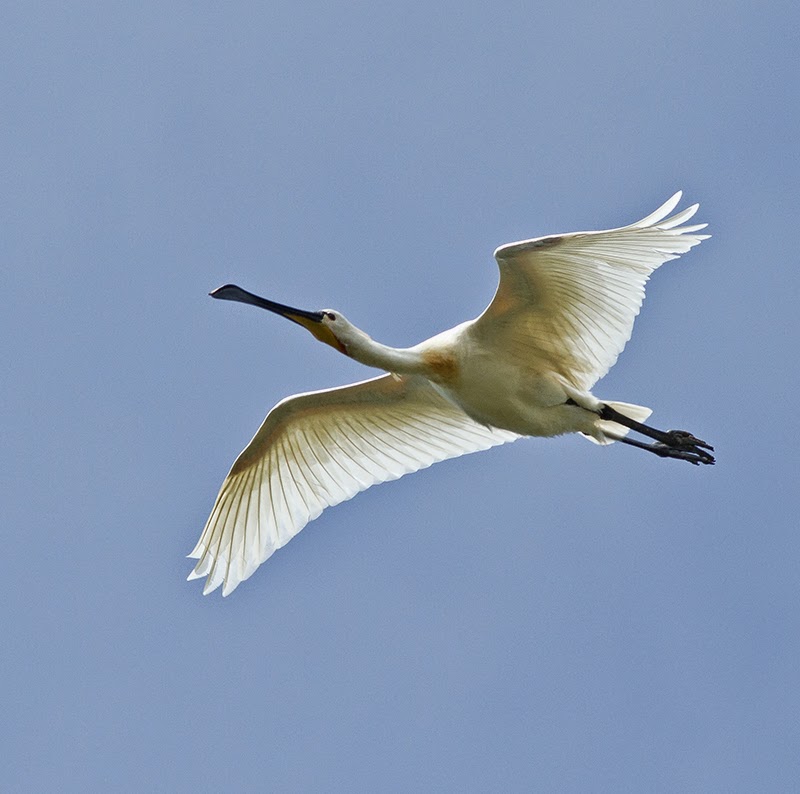 When we tired of this we tried for some avocet shots but these proved even more difficult than the spoonbills because they just wouldn't come close enough.

The crane was seen first thing but it disappeared halfway though the day.
The final hour or so was spent in the woods/scrub that cover the sand dunes. We again managed to find a/the crested tit family but as before whilst we had them around us for what must have been 15-20 minutes getting a shot was incredibly difficult. 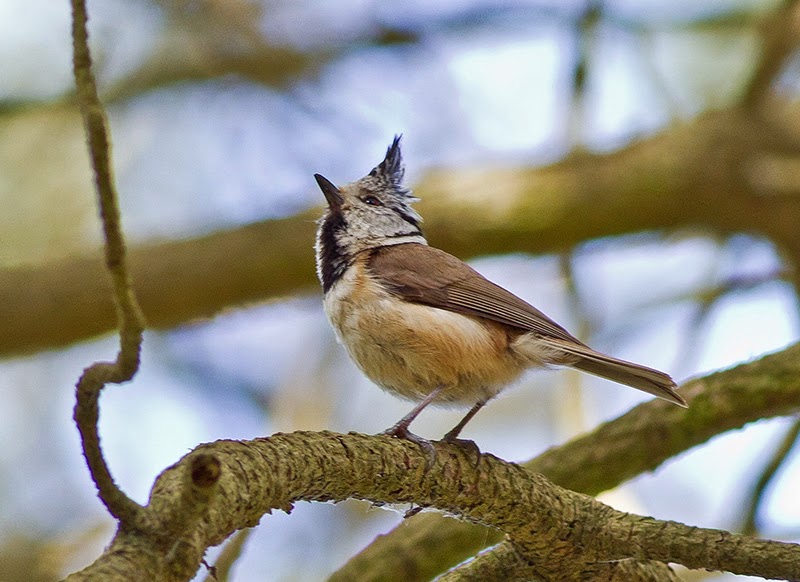 This all came to a halt when Alan (who wasn't even trying to get any crested tit pictures by this time) spotted a wild boar so we went on a wild boar chase. I never saw it but using our best field craft we managed to track down a goat! .........and near the goat was a wheatear.

And with that our time was up and it was off to catch a train.

As always we had a great laugh with just about everyone we know being held up for ridicule at one time or another, saw a few birds that we very rarely get to see our side of the water and managed a few reasonable images.
One day we'll try somewhere else but for now Marqueterre still represents a good day out.

Posted by Greater Kent Birder at 18:54