...and the highlight was a Black-winged Stilt

I've not done a post since the 28th so I thought I'd let you know what I've been going on over the last week in east Kent..........though why anyone would want to know is beyond me!.

I had a couple of days (28/29th) continuing to try and get some cuckoo shots at Stodmarsh and failed. Several times I had fly-bys but always a little too distant for the shot I wanted. 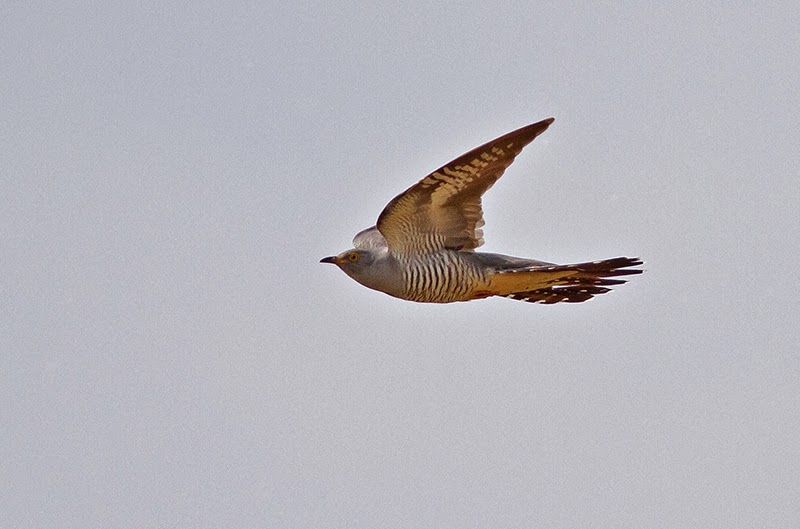 The same was true for birds at rest....always too far away. 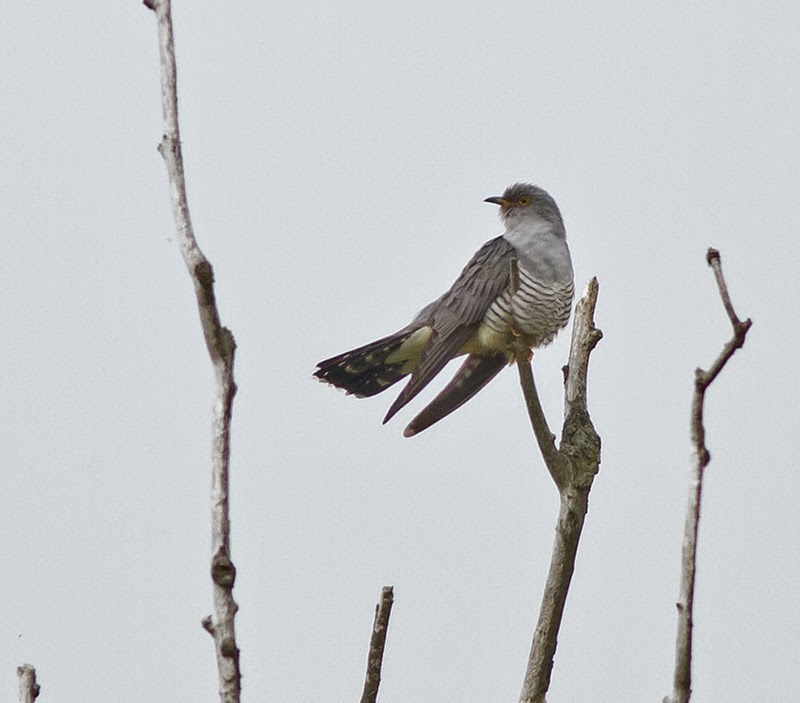 I also had no luck at all with sedge warblers who continued to sing from low down.
The 1st May was rainy so I only ventured as far as Restharrow where I spent an hour or so chatting with Ian and suggesting it was about time one of the black winged stilts turned up on the scrape.
The 2nd dawned damp and overcast and with a brisk NE wind so I decided not to bother going out ....then I got a text from Ian - a black winged stilt was on the scrape. So not venturing out was not one of my better decisions!
Whatever, I was off  within a couple of minutes getting the camera out of the backpack and the binocs round my neck as I was driving along the Ancient Highway to save time.

As I entered the scrape a couple of people kindly vacated the seats on the left hand side so as to allow me to get some shots. I'd guessed a setting of +2/3rds for the exposure and fired off 8 shots in sets of 2 then stopped to check the exposure. It looked good but before I could take any more the bird flew. If I'd had been delayed in anyway on the drive down I would have missed it. I have seen stilts in "Greater Kent" (ie France) but not in the more limited geographical region called England. Since I only took 8 shots the one below will look very similar to those already posted on Flickr and Birdguides. 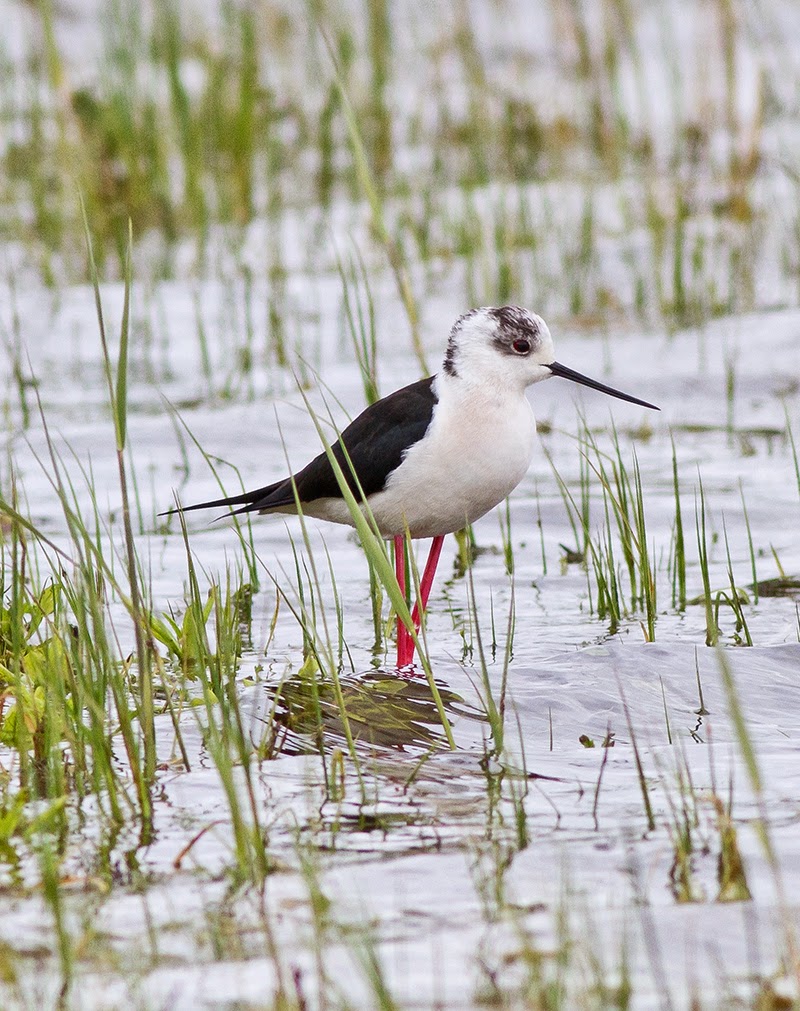 I waited there several hours in the hope it would return but it didn't so I spent the time pointing the camera at the ducks, little grebes, swans and the lone greenshank that dropped in.


Since then I have returned to the scrape every day in the hope the stilt might return but it hasn't - it and it's mates have got to be somewhere.
The scrape residence are getting down to business. A couple of coot broods are now present, the swan is sitting, and I assume the little grebes are also sitting. A/the  greenshank has been seen a couple times and the last couple of days a common sandpiper has been around with it venturing in front of the hide this morning though overall I was disappointed with my efforts. I got one set of crisp shots, another pose where its just about passable but the rest were soft.


I don't know whether it's me, the camera, the angle of the incident light, a glarey background (ie water in this case) but sometime the 7D really does struggle to deliver shots as good as it should given the light and the distance of the bird (though sometimes it does miraculously well - I just wish I knew why).
Also today a grey plover turned up though only for about 5 seconds before it flew off inland - heaven only knows where it thinks it's going but it's the first grey plover I've ever sen on the scrape.

On land things are still pretty quiet, a few chiffs, a few more blackcaps but whitethroat and reed warblers numbers have been building nicely and the odd cuckoo has been calling out on Worth marsh.


No sign of a flycatcher of any description so far and mippits are still very thin on the ground.
On the bright side the little owl has been in residence the last couple of days and some of the grey partridge have been exceedingly cooperative so it's not all doom and gloom.

Posted by Greater Kent Birder at 22:43