Today I went to Stodmarsh.
At times Stodmarsh can be a deeply frustrating place to visit. Lots of interesting birds to see or hear but very few seem to venture in front of the camera.
From the w/e reports I'd planned my day - start on the Lampern Wall to try for some common tern pictures then walk the circuit hoping that the hobbies turned up as I got back to the Marsh Hide side of Alder wood.
When I arrived ( at a leisurely 8.00 am rather than the 4.30 start preferred by some!) I had a wander through Alder wood and along the board walk, seeing a water rail who was also using the board walk to get around, before going out on the Lampern wall where the terns were showing well and occasionally quite close: 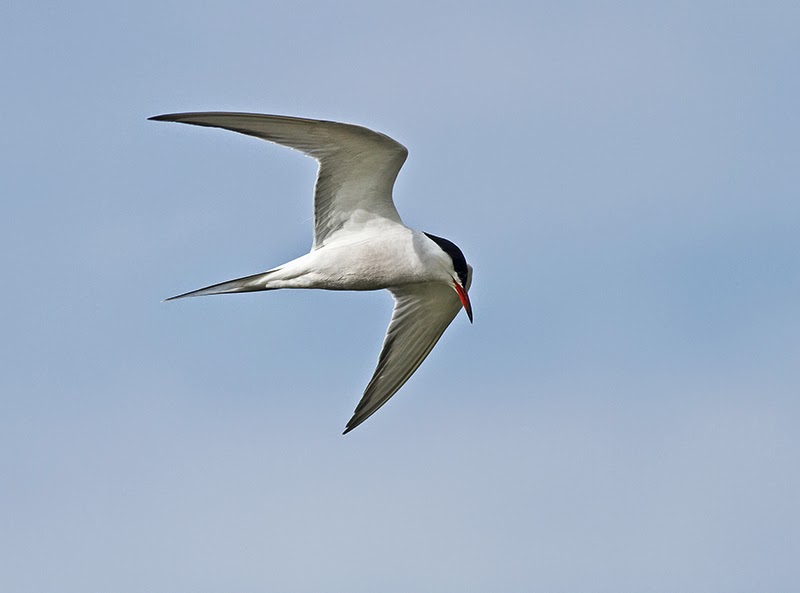 In front of where I was standing a pair of reed warblers were very active and after a few dozen attempts I finally managed to catch one in the open.


Cetti's and sedge and whitethroat were all very vocal with a whitethroat singing away, out of sight, in a bush immediately behind where I was standing.
2 or 3 male cuckoos were also calling and one of these landed less than 10 feet away; only problem was it too was on the wrong side of the bush and I would have had to walk on water to see it.
I did the circuit clockwise walking from the Lampern wall to the river, hearing 2 nightingales, with marsh harriers active in front of the Reedbed hide and out towards the Marsh hide and most of the time a bittern was booming.
Little of note on the water meadows other than a couple of little egrets and from Harrison's drove I saw my first grey heron, followed almost immediately by another two.


I was crossing the open fields between Harrison's and Middle drove when I had my first sight of the hobbies - there were 5 in all. They were pretty high up and not hunting in any particular area though I did stand around for about an hour hoping one would come close.... it didn't.


I had a brief stop in the Marsh hide - lots of swans, geese and a few lapwing but little else until I spotted a cuckoo flying straight at me. It shot past the hide at window height less than 6 feet away and landed in a bush on the main track.


It stayed there for a few minutes then flew off along the track only to return a minute ior two later where it again past the hide only a few feet away - one of those occasions where you wish the darned thing hadn't come so close.

That was about it really with the only other notable sighting being of Mr Ashton who was just leaving to do some work......someone has to!