I've not posted anything for a couple of weeks because I've seen little of interest and what I have seen (hooded crow, cranes) were so far away I couldn't even manage a blog shot. The problem with a poor run is that you get to the point where you expect not to see anything and wander around not trying very hard.
Well today I felt like that but drove to Grove anyway. My hopes weren't high with my ambition restricted to getting a sedge warbler shot; my mood not helped by the very light rain and overcast sky that greeted me - it was brighter back at home.
There was a moment of excitement as I approached the ramp because I could hear a grasshopper warbler down by the river..............but it went silent. Nothing worth talking about from the ramp and the Feast hide but a lot of sedge warblers were singing but nearly all were deep in the reed beds.
One was a little closer to the path on Harrison's drove so I spent a little time there but never managed a clear shot.


Nothing in Harrison Drove hide either so I walked down to the river and back towards the car. As I reached the path back to the ramp the gropper started up again (as did a nightingale on the far side of the river) so I went along the path a little way to get closer to the gropper. Needless to say I wasn't that close and I couldn't find it. I'd actually given up and was moving away when it started reeling again only this time it seemed a lot closer - it had moved to one of the closer bushes. So I stopped and watched again and saw it fly low into some dead reed close by. There I found it moving low through the reed like a mouse.
It was in (very obscured) view for several minutes when it decided to have another reel. By now it was around 10 yards away and still obscured by reeds but it was a little higher up:


And by moving the tripod back and forth I managed to find a way through the reed stems and grabbed a few shots where the head was in the clear. 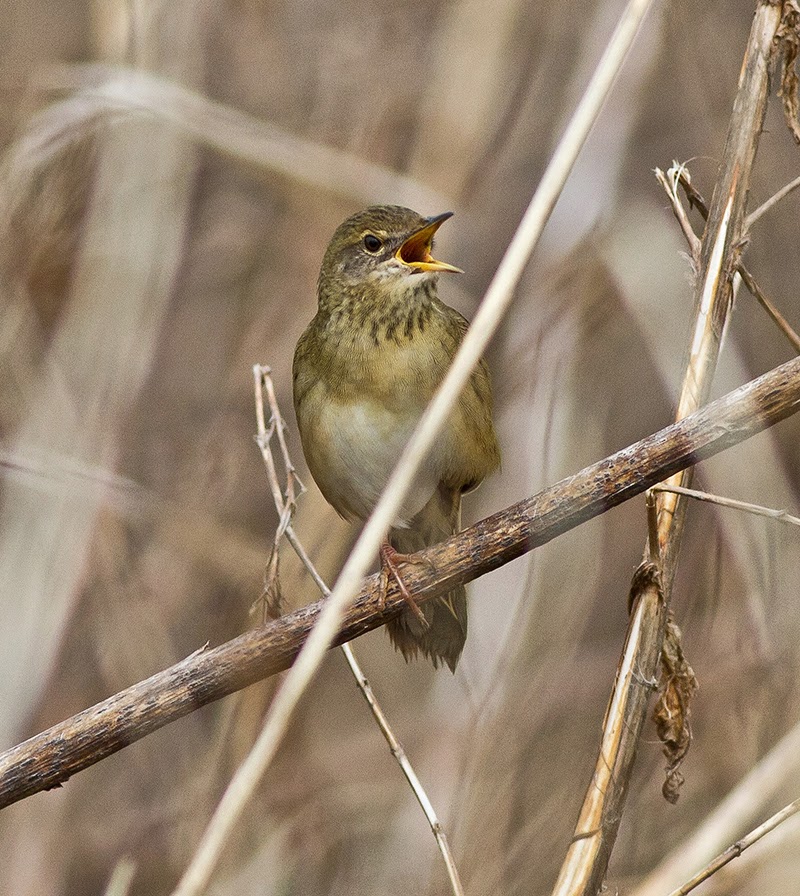 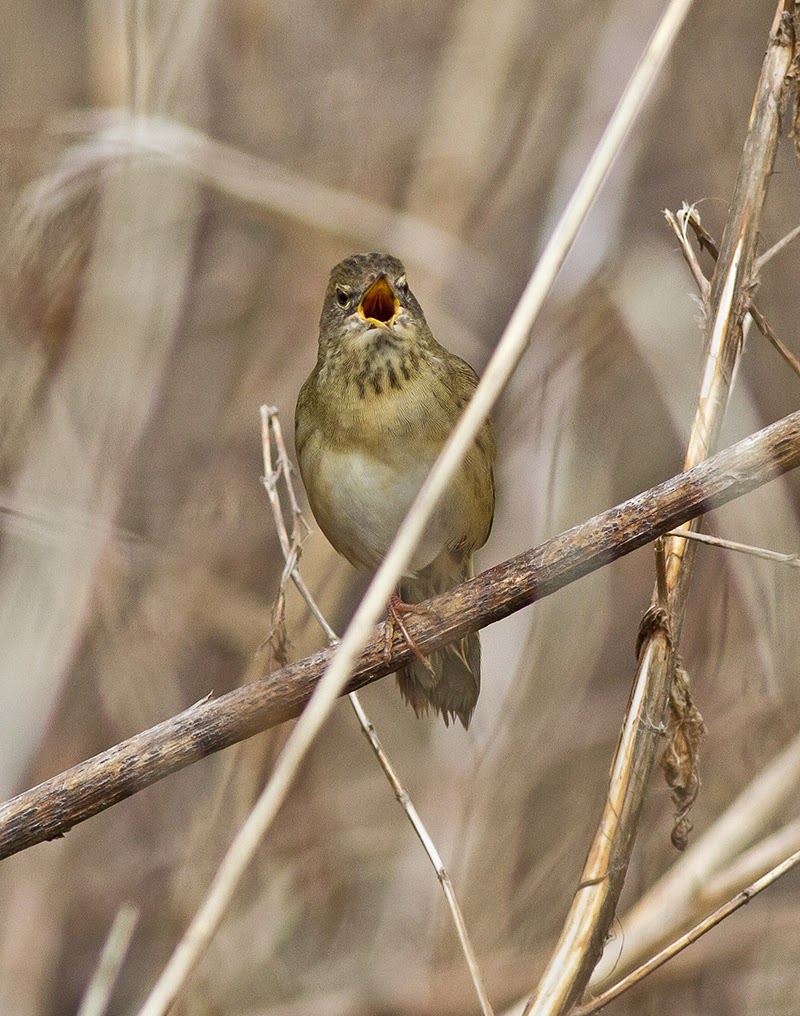 My mood had picked up remarkably!

Next stop was Stodmarsh but soon after I arrived I got a text alerting me to a blue winged teal at Sandwich so it was back to the car.

At Restharrow the teal was out of sight so I (along with several others) settled down for a long wait. The wait actually proved to be very productive with 2 redshank and 2 little ringed plovers providing the entertainment. Most of the time they were on the emerging island or on a distant bank but both also came right in front of the hide.


The redshank actually was displaying to it's mate but I couldn't get the whole bird in shot it was so close.


Eventually I had distant views of the teal and on one occassion it flew past the hide and I managed 1 reasonable shot.


Around 2 pm I gave up and was putting my kit in the car when I was alerted to the presence of some blue-headed wagtails in the still flooded Restharrow Dunes.
Eventually I had managed record shots of all 4 of the yellow wags present.
One was a normal male flavissima:


One was a superb male flava:


A third male was strange looking because it looks if it wants to be a blue head but hasn't quite managed it - jury is out on this one. The extent of the blue on this one seemed to vary with the angle of viewing.


The final bird was a female. It could be a late developing male but as it was collecting feathers I'll stick to female, though whether it's a flava or flavissima I let you decide. (This one looks a lot yellower in the shot than it did in the fieldd)


All in all a good day
Posted by Greater Kent Birder at 22:15