A Day For The Thrushes

A few chiffs and backcaps singing as I reached the old rifle range at Kingsdown was an encouraging sound as were 2 common whitethroats "singing" in the scrub. Other than the resident robin, wren, linnets and blackbird however that was it in the scrub though at the southern end I found 2 female wheatears - the first for several weeks.
I spent a few minutes trying to get some shots but the only time I got reasonably close was when one was perched on a danger sign.


Next stop was Restharrow scrape where things were a lot quieter than my last visit with both the little ringed plovers and blue-winged teal having moved on; the latter it seems to some of the pools that persist on St George's Golf Course. I didn't try to find it myself.

Since wheatears had turned up at Kingsdown I thought it reasonable to expect some near the sailing club as indeed there were - I saw a female and a couple of hours later a male. As normal the male was very flighty though the female was a little more cooperative....until a woman with a pack of hounds came past. 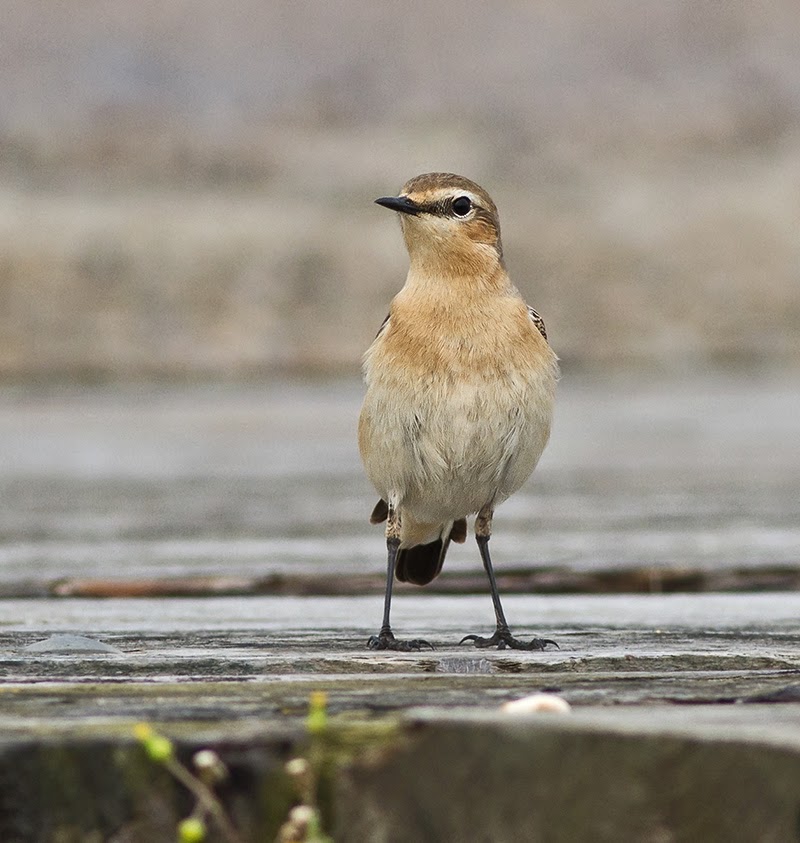 I was going to go to the Elms but a report of the ring ouzel still being present near the Cellars saw me half hidden in some scrub hoping it would appear. It did.


From the fence it dropped down onto the rabbit cropped grassland to feed and gave excellent if distant views. At times it returned to the scrub but always returned to continue feeding.

It was quite a surprise when a second dropped in - 2 males one a little browner than the other. 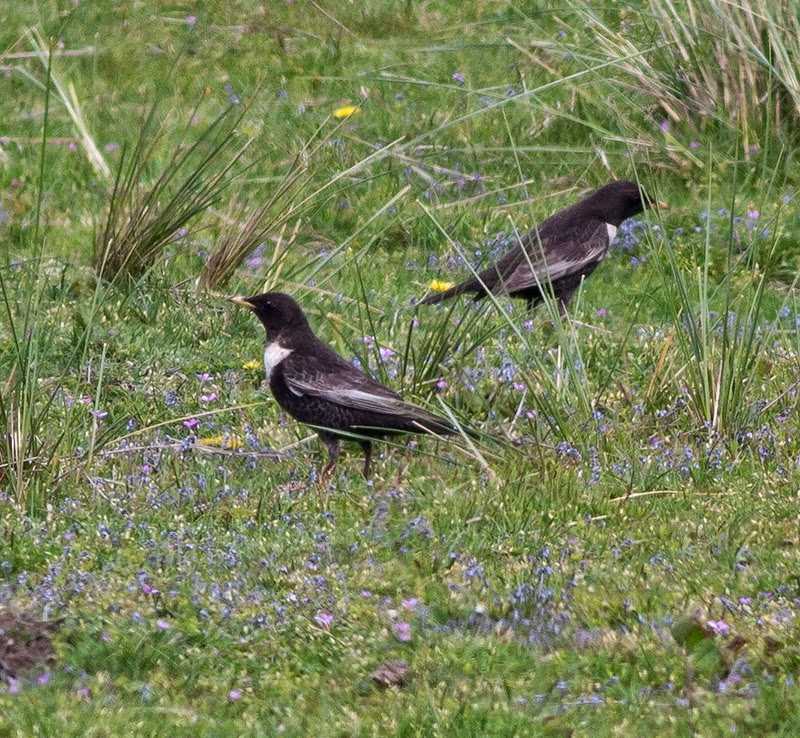 They never came really close but one came a lot closer than I normally experience. 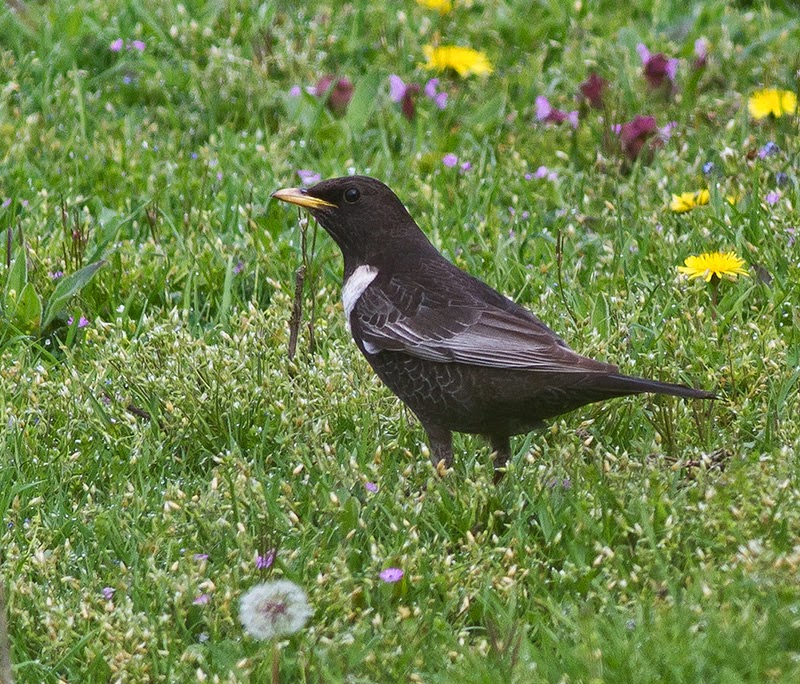 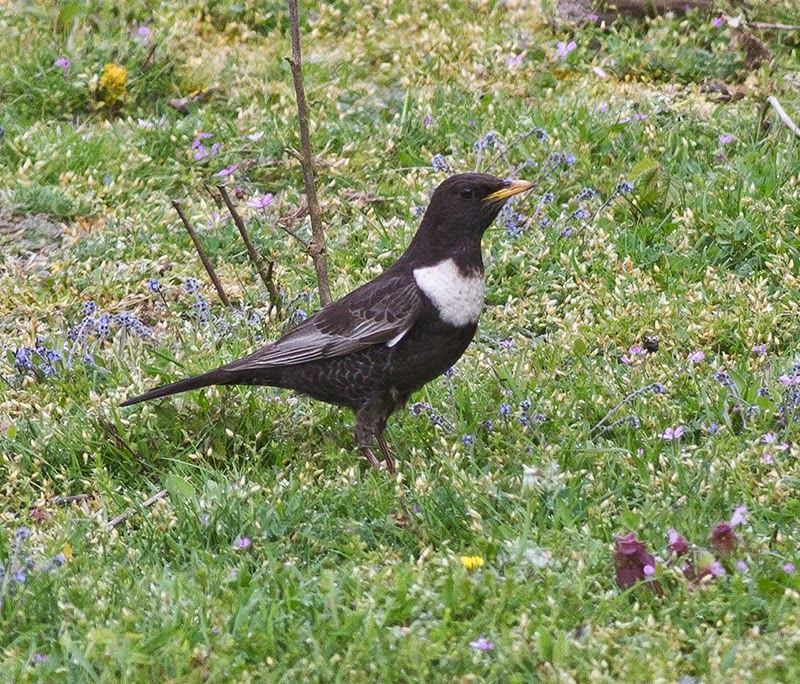 I stood there for probably 90 minutes hoping one would come really close but no such luck. However my patience was rewarded when a superb male redstart turned up and whilst too distant for decent shot getting  a redstart and ring ouzel in frame together was a nice end to the session.

To get this shot I upped the aperture to f8 and focused on the middle fence post.....and hoped.
I think it came out quite well really.

Posted by Greater Kent Birder at 19:00