Today I will be mainly photographing Blackcaps

Today I decided to have a break from finding nothing to photograph and I went to Grove.
The change of venue brought instant results in the form of a blackcap feeding in some blossom - I'd been trying to get a blackcap picture for the last 2 weeks with no success so it was a very nice start to the day. 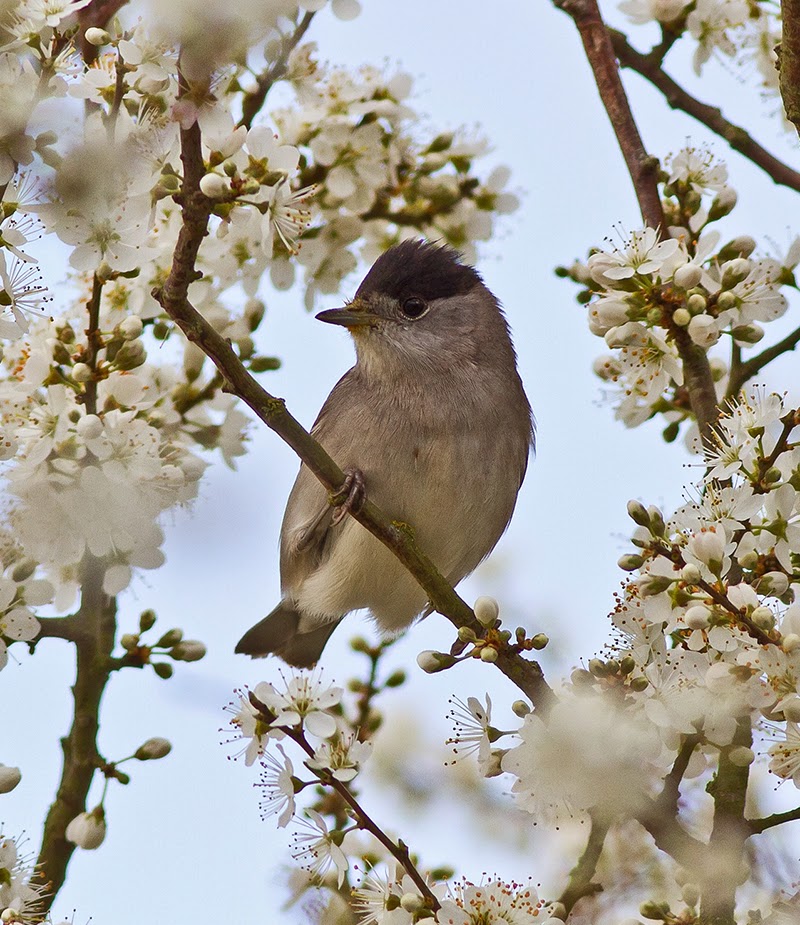 At the ramp I had a quick scan of the pool with a pintail being the most noteworthy of the few ducks present then I heard the grasshopper warbler reeling. I'd been told one was present but it had been quiet for a while. It only called half a dozen times and only in short bursts of 4-5 seconds then it fell silent. The bird must only have been 10-15 yards from the picnic table but I couldn't see it.

A couple of sedge warblers were calling between the ramp and the hide and on the way from the ramp to the river I had the first of 3 whitethroats.
Along the river quite a few blackcaps and chiffs but the most common warbler was Cetti's they seemed to be calling everywhere.


Around the oxbow area there was a flock of ~30 sand martins plus 3 swallows but not a lot else (other than the common warblers) and the water meadows only held 1 reshank and 3 little egrets.
The main attraction on the lake was ~ 10 great crested grebes but none came close.
I spent quite a  bit of time around Alder Wood again photographing blackcaps which was made somewhat easier than normal because 3 males were squabbling for the attention of a lone female which made them oblivious to my presence. 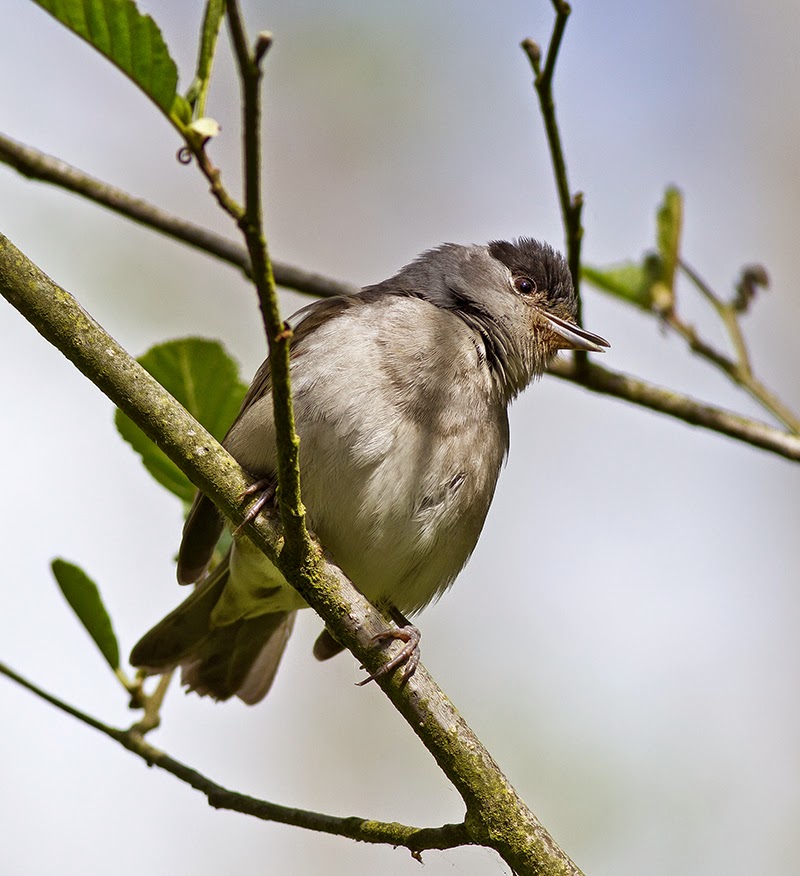 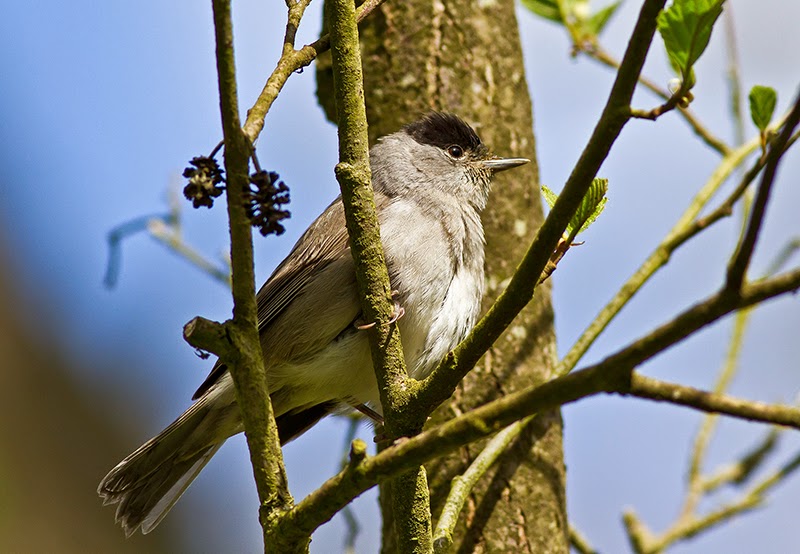 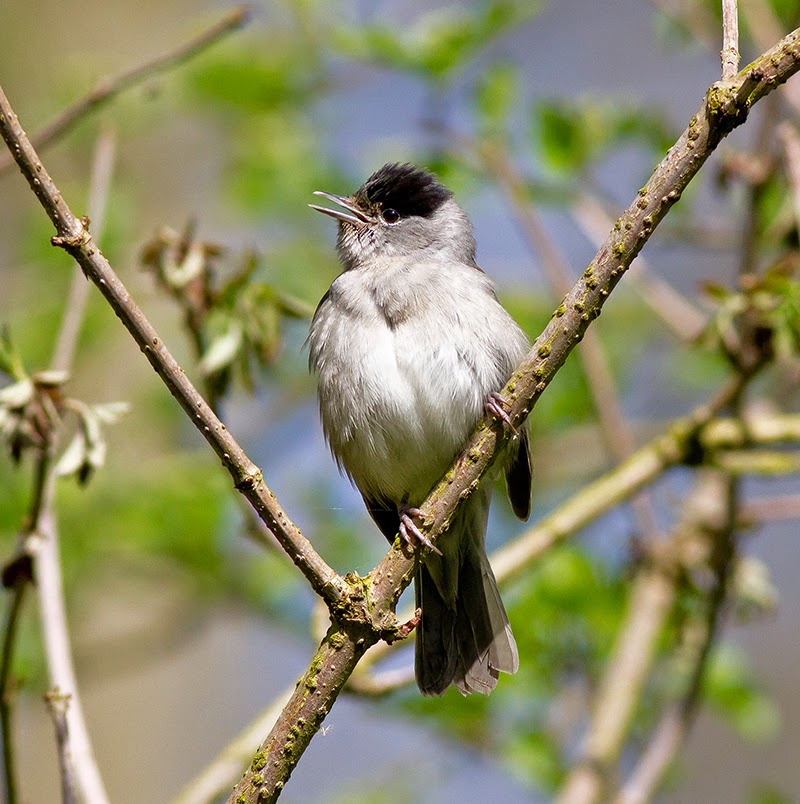 Nothing much from the Marsh hide though a ring tail hen harrier did put in a very brief appearance.
I had hoped for some sedge warbler shots but I only actually saw one the rest remaining hidden/low down - the brisk cold wind not helping my cause.

Marsh harriers were on view most of the morning but I have no idea how many there were; 4-6 I suspect but don't quote me on that.