Tuesday started as most of the last month started .....very slowly!
I'd had a wander around the SBBO recording area but it wasn't very productive or encouraging. Restharrow scrape being a particular disappoint. It's home to somewhere around 20 coots who seem to have had a bumper breeding season and the little grebes have also done pretty well - there are 3 pretty much full size juveniles associated with 3 (possibly 4 adults) and another family of 6 where the 4 juvvies are very small.
All of which sounds very encouraging but the scrape is in poor shape for the autumn waders passage with grass, sedge and reed growth not only covering all of the banks and islands but it's speading deep into the water - there going to be very little mud to attract the waders though it looks excellent for stilts!
In the hedgerows and fields 3 corn buntings were noteworthy and along the Ancient highway a juvenile whitethroat posed brilliantly in the sun whilst the rest of the family foraged in the weeds. 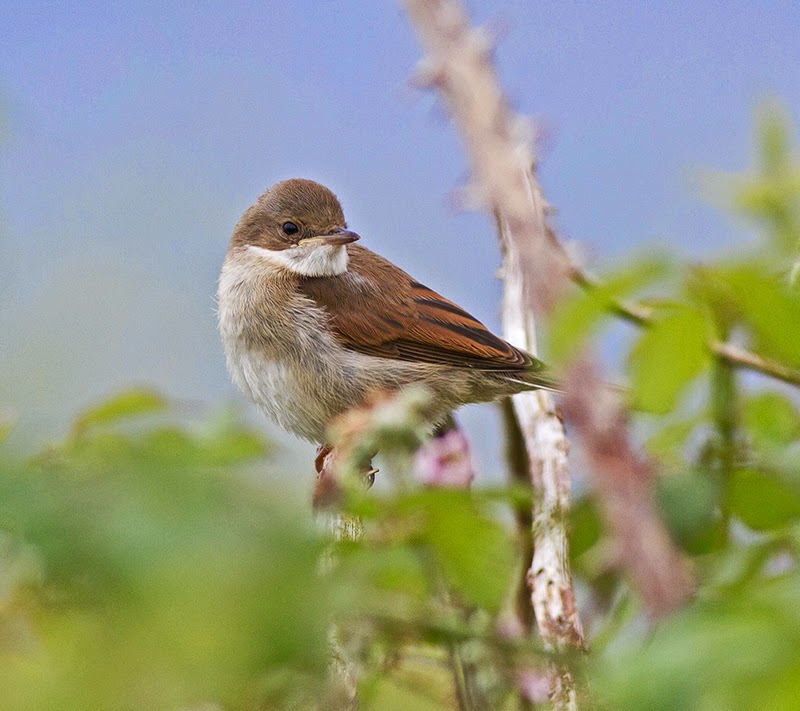 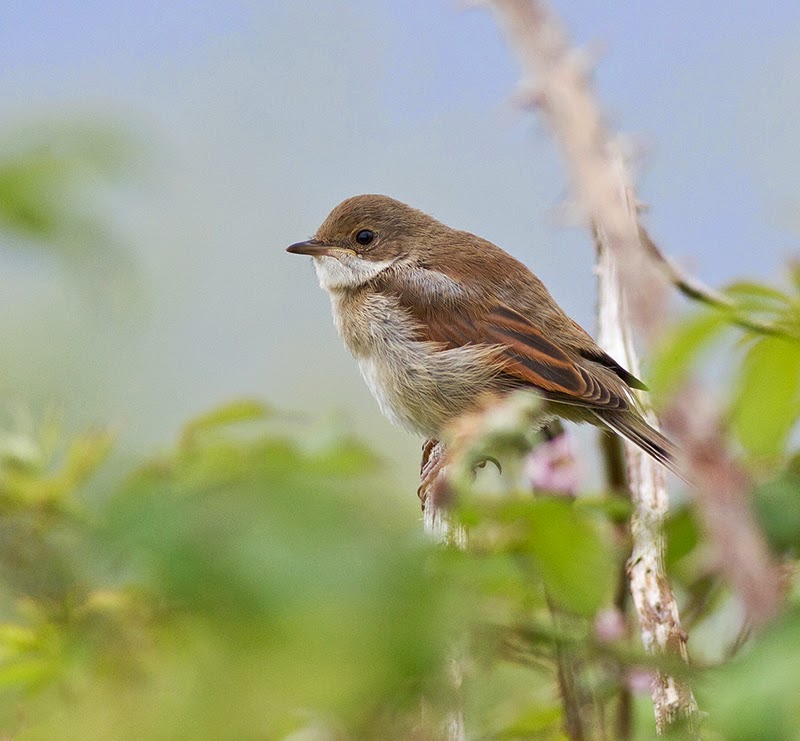 The gullies look brilliant for birds - still very damp from the floods but as with most of the summer it's near devoid of birds.
Along the sea front a kestrel posed for a couple of minutes but wouldn't let me get close enough. 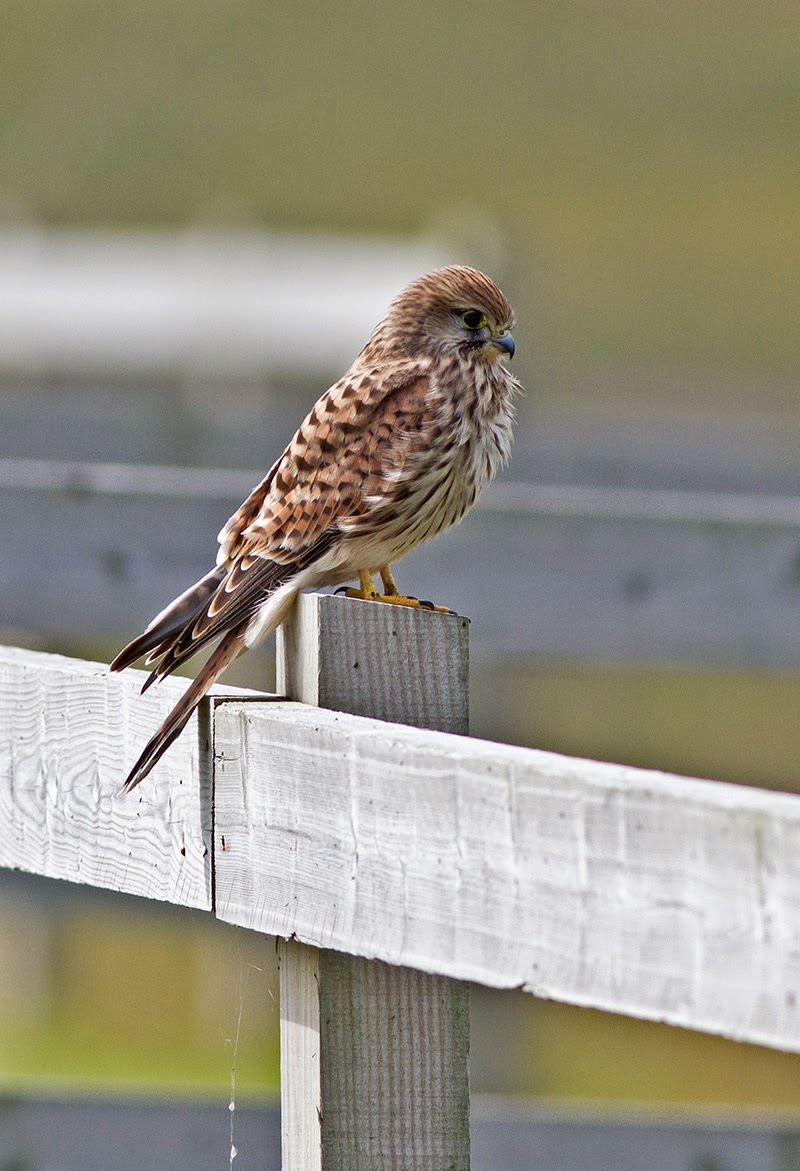 I'd given up and was at home faced with the prospect of filling the afternoon with chores when I got a text from Steve Coates about a family of spotted flycatchers at his place of work and was I interested. Is the Pope Catholic?
An hour later I was there reporting for duty.
Steve left his stuffy office to show me where they were then he went back to work.
The birds were in a very shady gully but it was great to see spot fly in Kent and to see that had successfully fledged some young. There were certainly 2 youngsters but judging by the noise they were making it's possible there were more. Whatever, I watched and tried to photograph them for an hour or so when Steve returned and asked if I wanted a coffee. 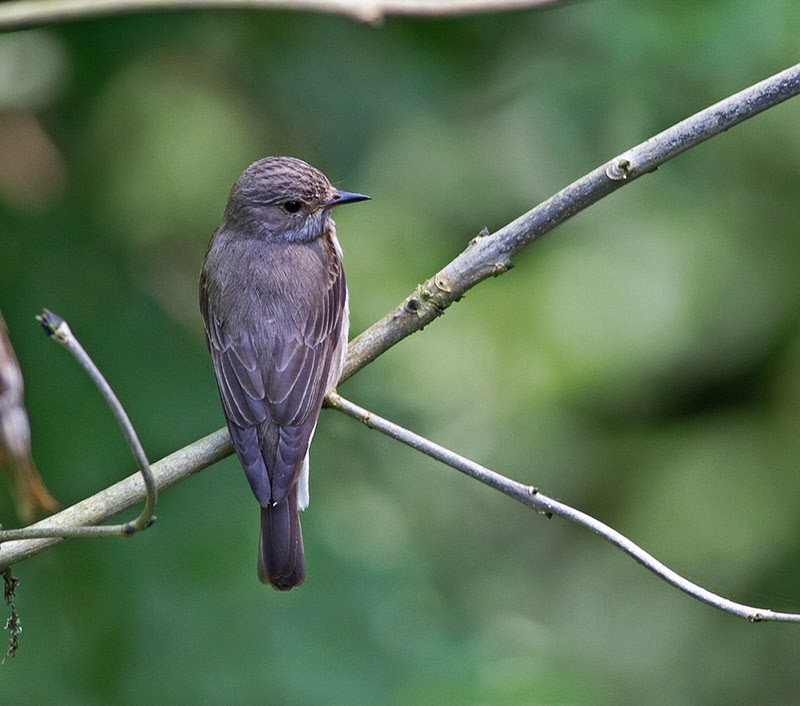 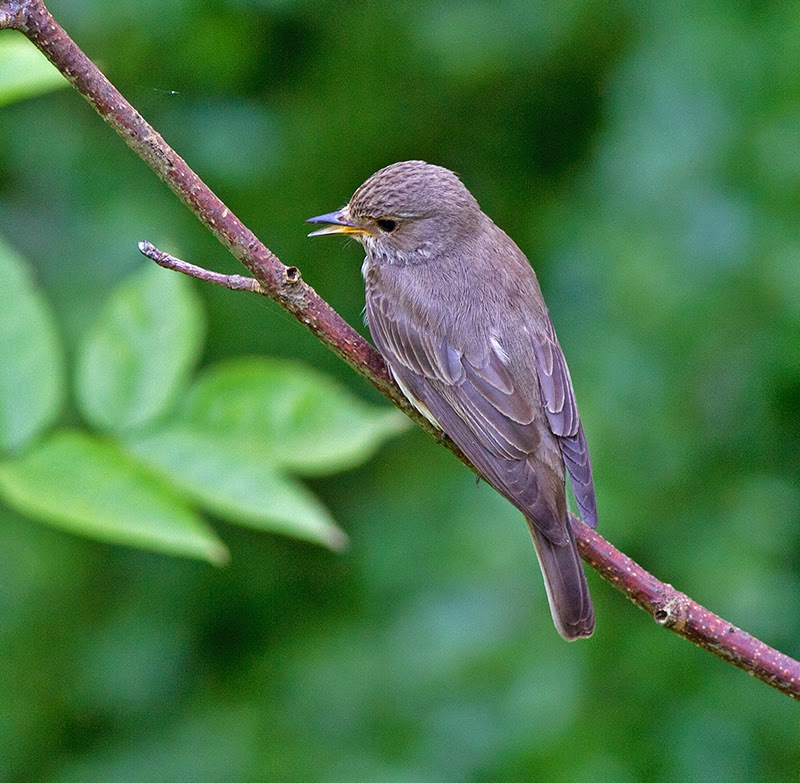 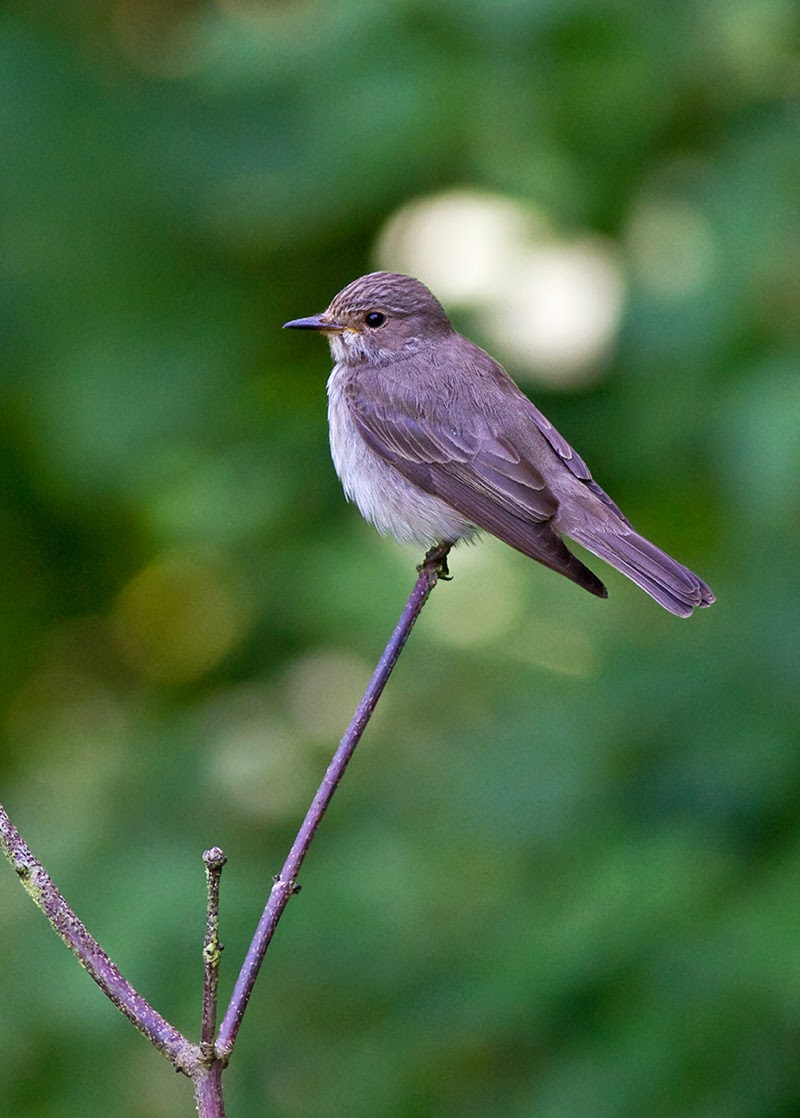 I took a lot of shots of one of the juvvie begging for food from the adult but the shutter speed was so low (down to 1/25th sec at times) that most were a complete blur and have gone in the bin.
Time was moving on, the sun getting lower in the sky and the gloom in the gully deepening so I called it a day and had a coffee with Steve.

A very unexpected treat - the flycatchers that is; not Steve buying me a coffee!

Posted by Greater Kent Birder at 12:48