Backsand is a thing of the past.....and it shall be missed
For those of you who don't know Backsand it was a scrape rented by SBBO adjacent to the River Stour, on the opposite side of the river to the Pfizer site, about 3 miles from the Obs itself..
For most of the year the scrape was of little interest to most birders because it was almost solely populated by ducks, and pretty common ones at that and it was also shot over. However Backsand came into it's own during late summer/early autumn when the water levels had dropped revealing mud/sandbanks - migrating waders used it as a stopping off point and the more local waders used it as a high tide roost.
The number and variety of waders there was not great but the siting of one of the hides - the "Photographic Hide". the "Falling Down Hide", the "Spider Hide"  (it had many names - most of them derogatory) - was very close to the water/mud allowing some of the best views and photographic opportunities for waders in the county, if not the country.
It did have a few problems in that the siting of the hide meant the best time for photography was between about 11.00 am and 2.00 pm so for optimum conditions you needed high tide to fall between these hours and hope there wasn't too much glare from the sun being so high.

There are several reasons why the SBBO has decided to relinquish the lease:
The lease was coming up for renegotiation this year and in these times of financial hardship the cost was difficult to justify.
Due to the length of the walk down to Backsand the number of people using it was very small with yours truly being the most regular user (in recent years) - so much so that most of the time it seemed like I had my own private scrape.
Another contributing factor was the construction of the Sandwich flood defense scheme. (The area between Backsand, Newdowns Farm poly tunnels  and the river has now been excavated making an area of scrapes and deeper pools that will take excess water during higher tides and especially when Sandwich is threatened by floods. This defense scheme would not only restrict access to the scrape but it would also provide competing habitat (mud) for the waders and even during autumn 2013, whilst the excavation work was on-going, waders were roosting on the new scrapes/pools reducing the number using Backsand itself.

The final nail in the coffin came with the December 2013 tidal surge which over topped the river bank and sent a huge volume of water flooding into the scrape destroying all 3 hides completely. So not only would the Obs have to find the (assumed increased) rent they would also need to find thousands of pounds to replace the hides........it just wasn't going to happen.

Anyway to mark it's passing I thought I'd post some shots of the species I've seen there over the last few years. I don't pretend this is an exhaustive list of what was seen there, just what I've seen or have heard about in recent years.

Avocet:
An irregular visitor:
Little ringed plover
Seen every year with up to 4 or 5 present.

Lapwing
Common - 50+ was not unusual. 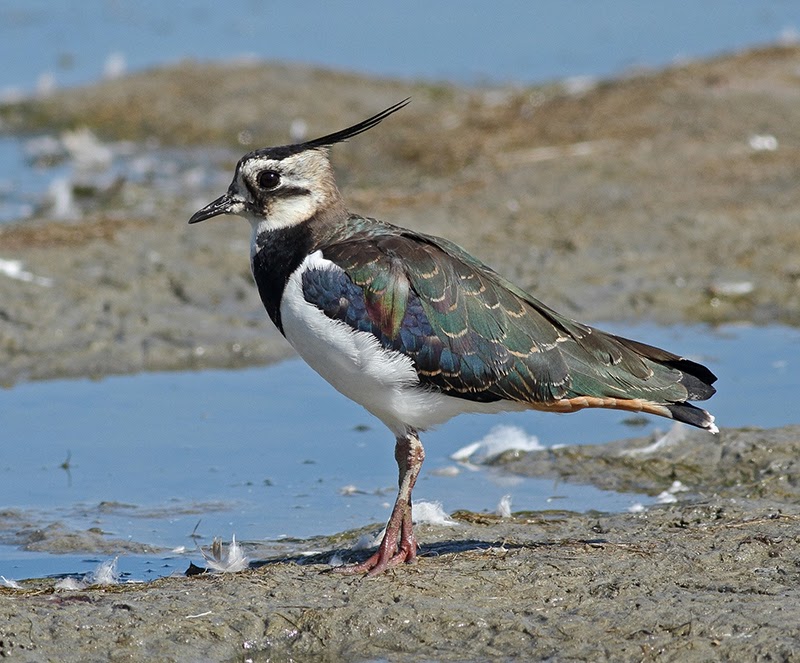 Dunlin
Quite common but rarely came near the hide. 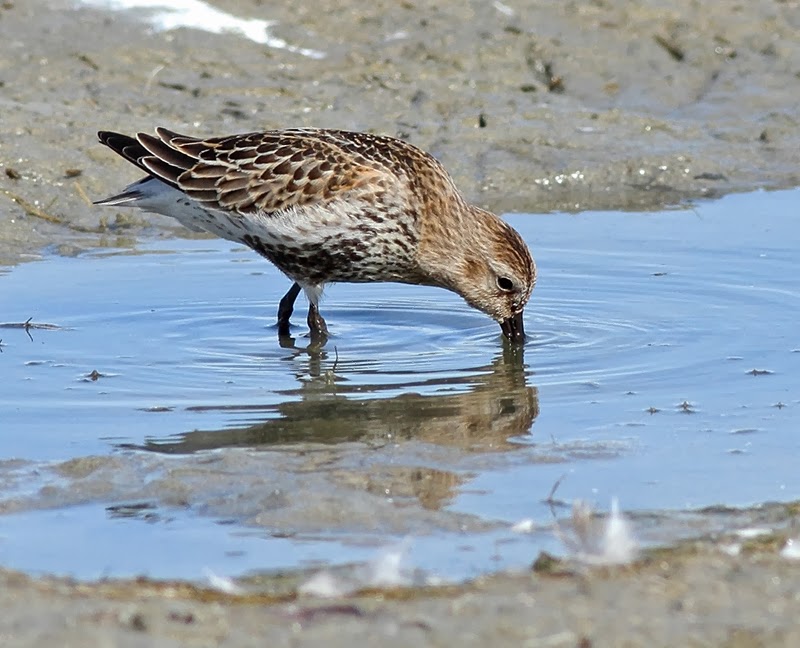 Curlew sandpiper
Irregular visitor with good and bad years; last year was a good year with up to 4 present. 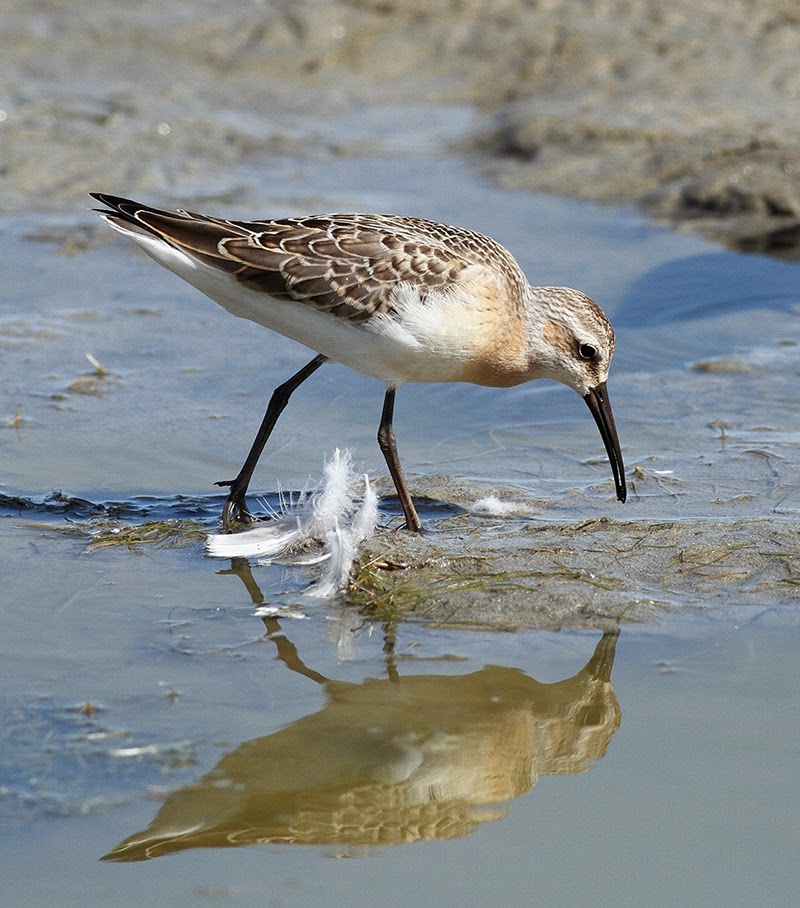 Temmincks Stint
Only ever saw the one down there but having said that I've not seen many anywhere! Unfortunately despite me staying there all day it never came quite close enough. 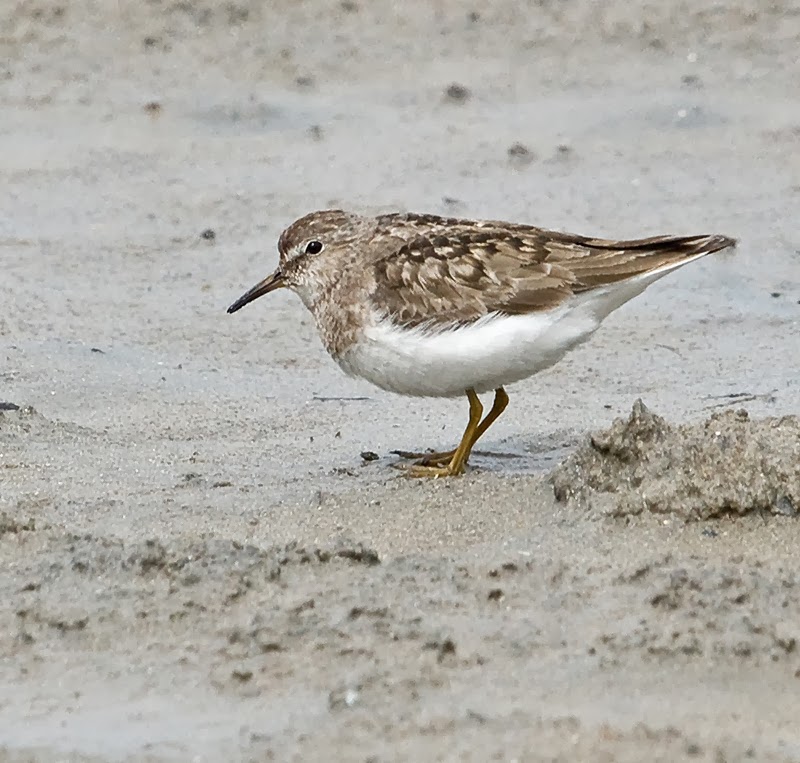 Little stint
Quite a regular visitor but in low numbers - 2013 was one of the better years. 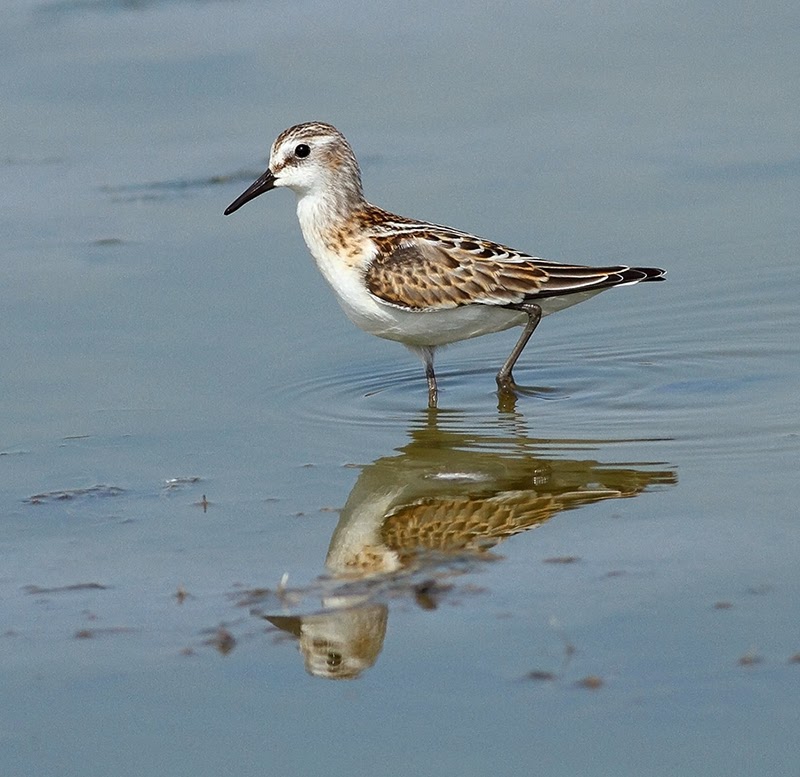 Wood sandpiper
Regular visitor but with only 1 or 2 present at any time. They were happy to come close. 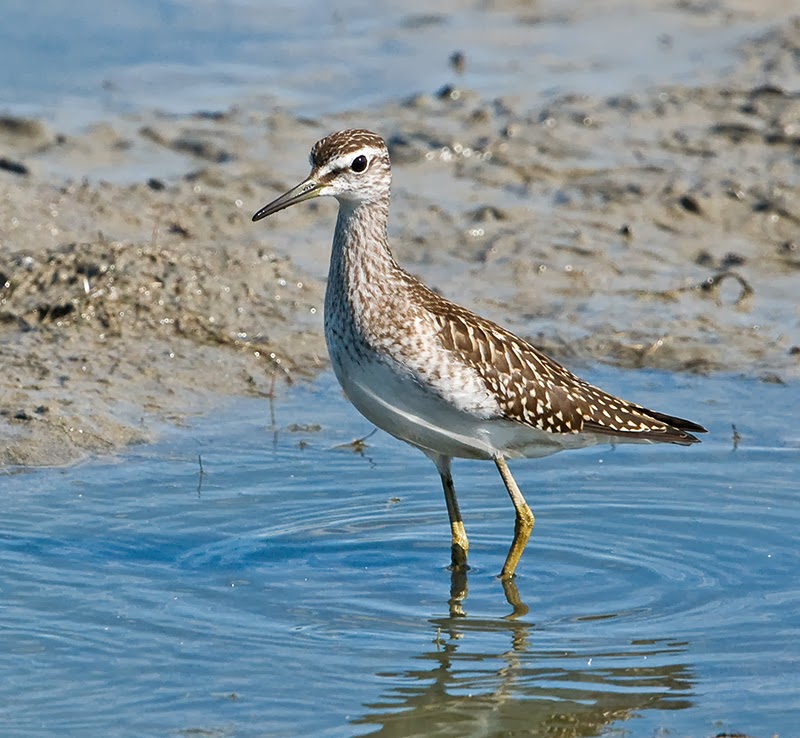 Green sandpiper
Common with 15-20 not unusual and they came very close. 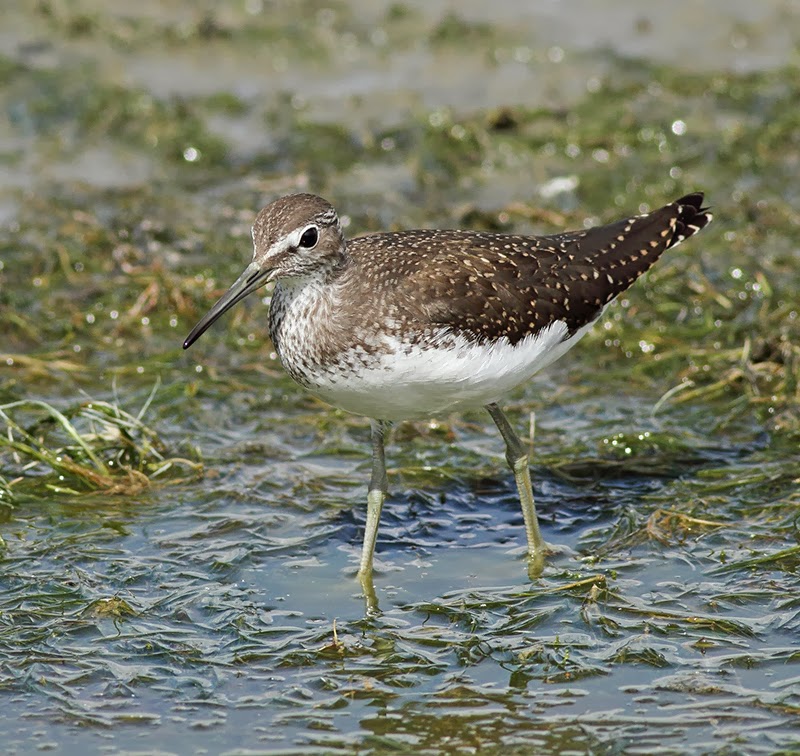 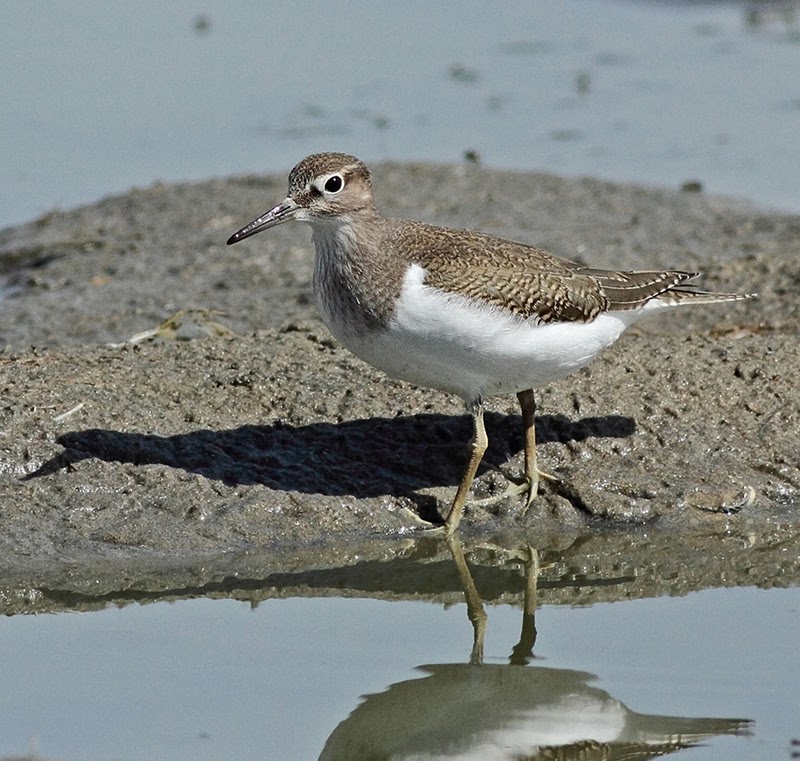 Redshank
Daily visitor at high tide; could be 50 present but quite often didn't feed on the scrape and flew out as the tide dropped. 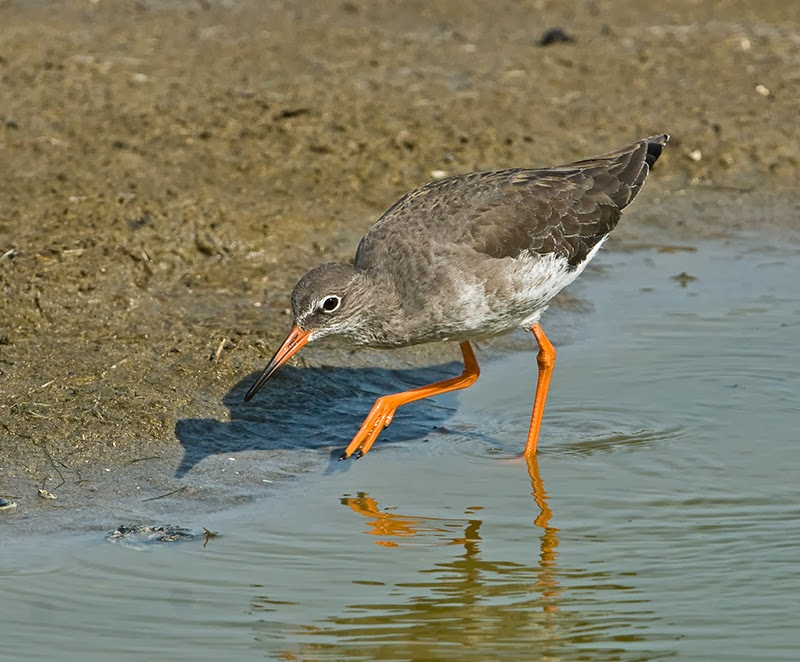 Spotted redshank
At one time these were annual visitors with 3 or 4 being present in a good year but they were absent the last couple of years for some unknown reason. Came very close when around. 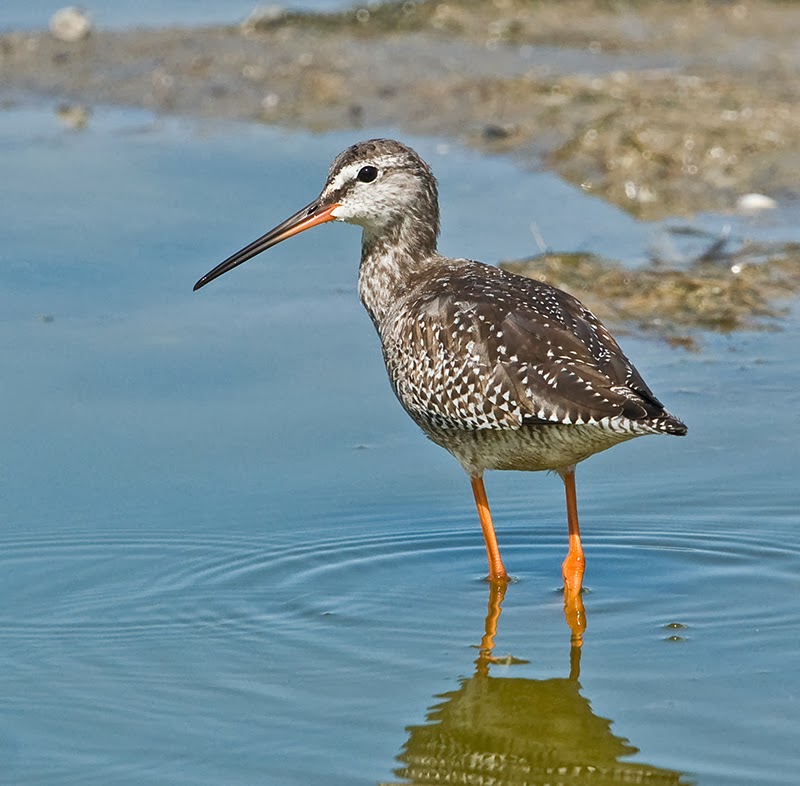 Greenshank
Mainly at high tide when 15-30 could be present. Occasionally came very close to the hide. 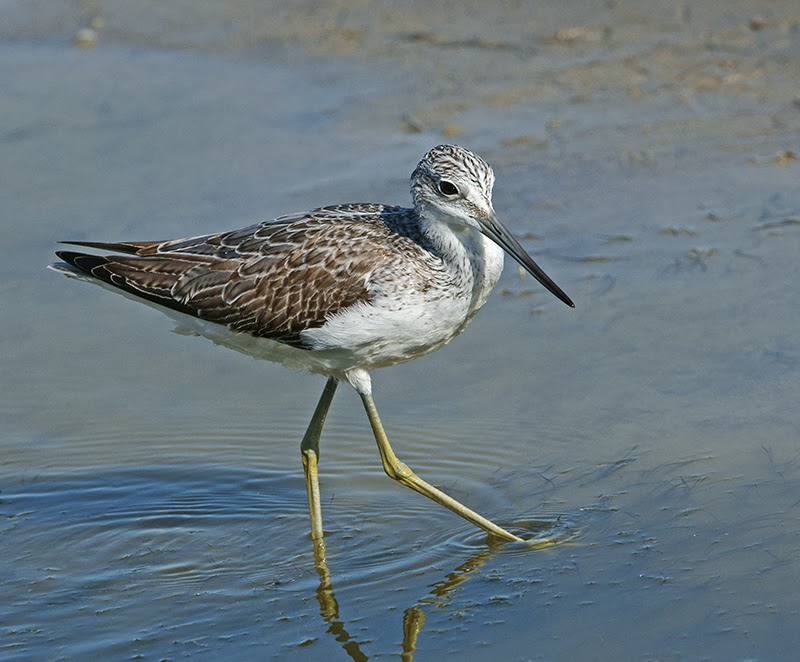 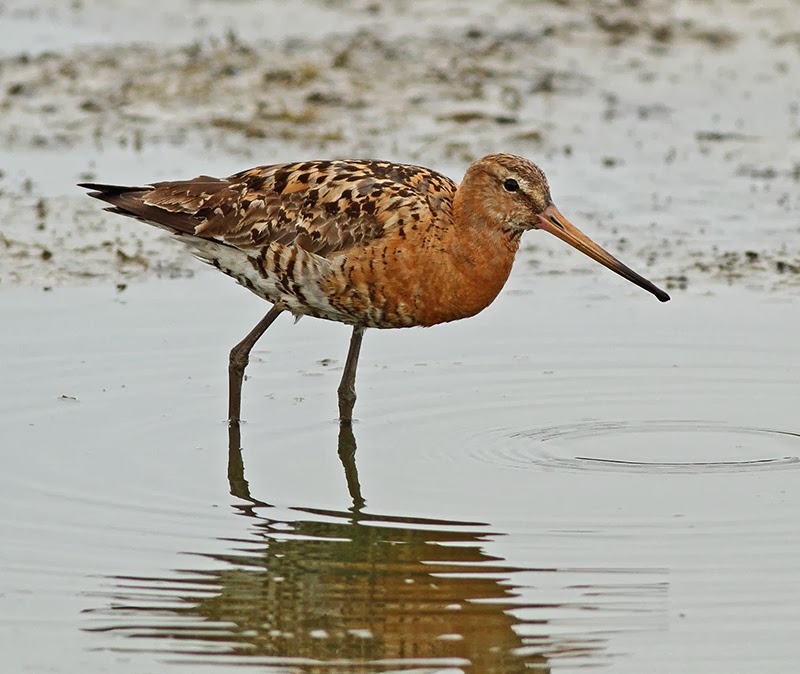 Curlew
Rare visitor to the scrape and never came close. Strange because loads would be on the adjacent fields.

Snipe
Small numbers there most years. 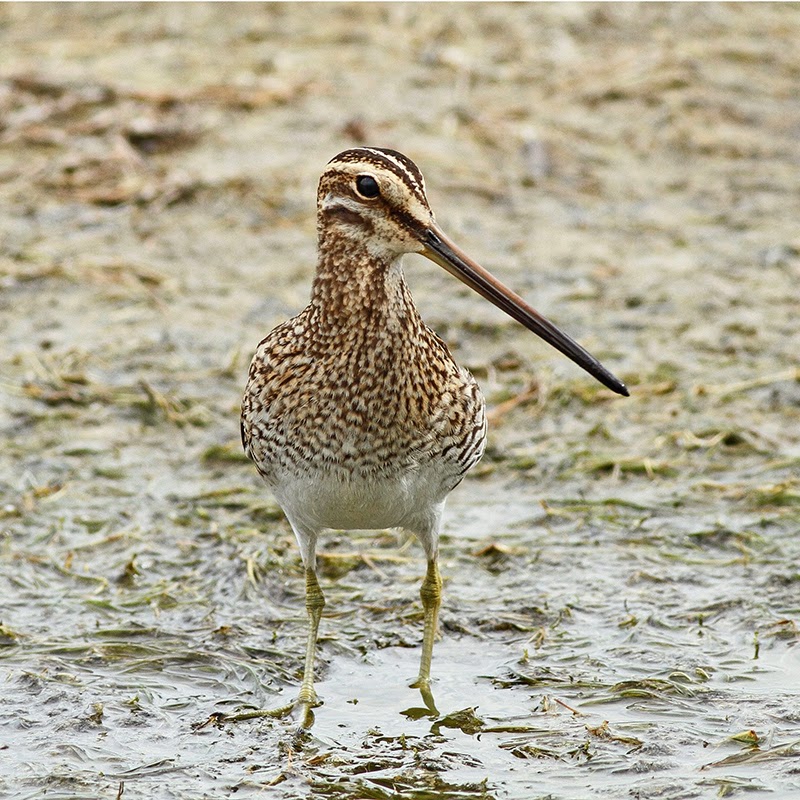 Ruff
Uncommon, not seen every year and never came that close. 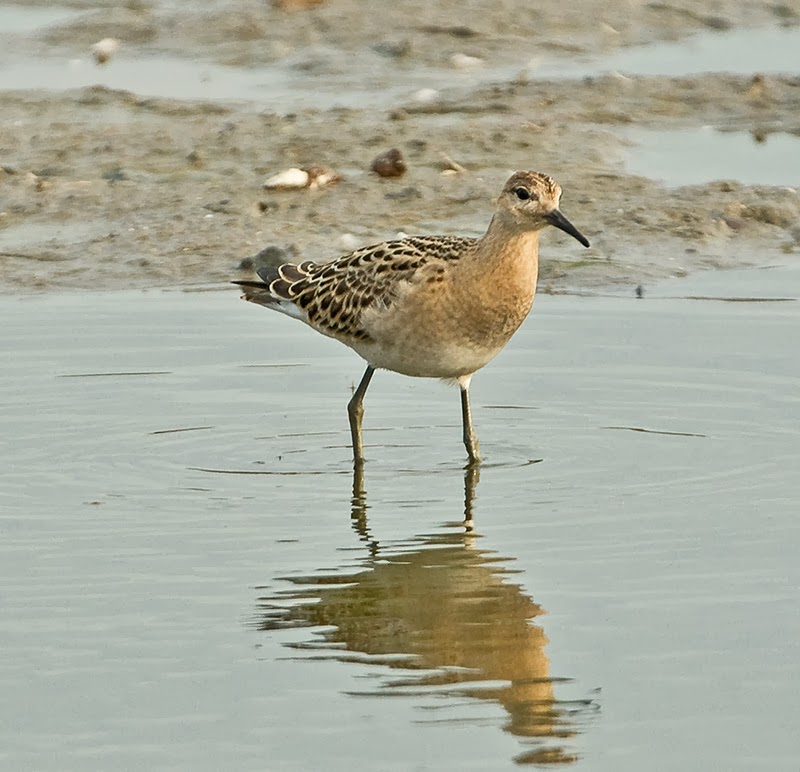 Pectoral sandpiper.
Only seen the once. These were around for about a week in September 2012 and Backsand enjoyed more visitors that week than it normally got in a year! I was there just about every day but they never came quite close enough - oh for a 500 or 800 mm lens. 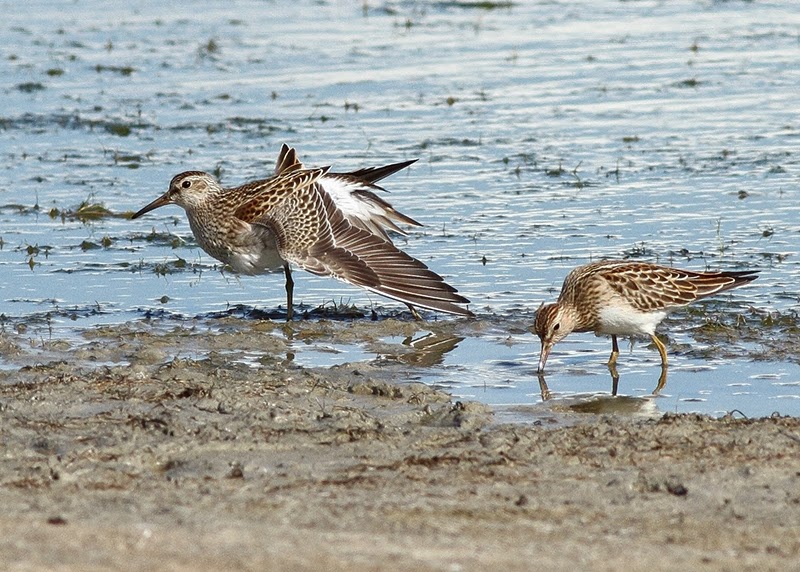 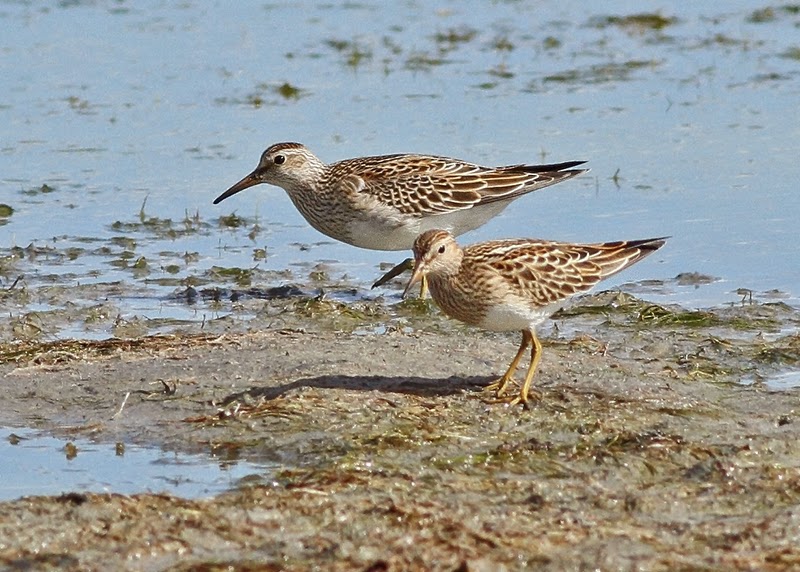 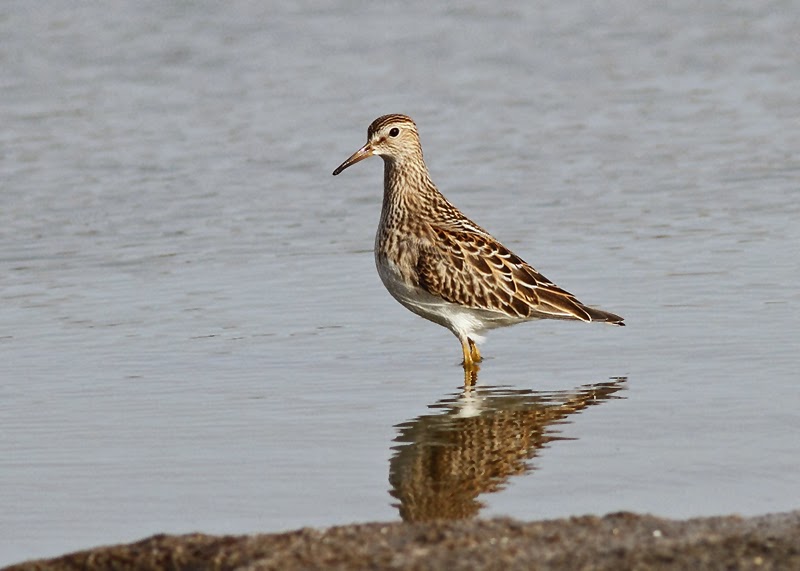 Spoonbill - I only know of the 1 and I may have been the only one to see it. Unfortunately my main camera was broken at the time! 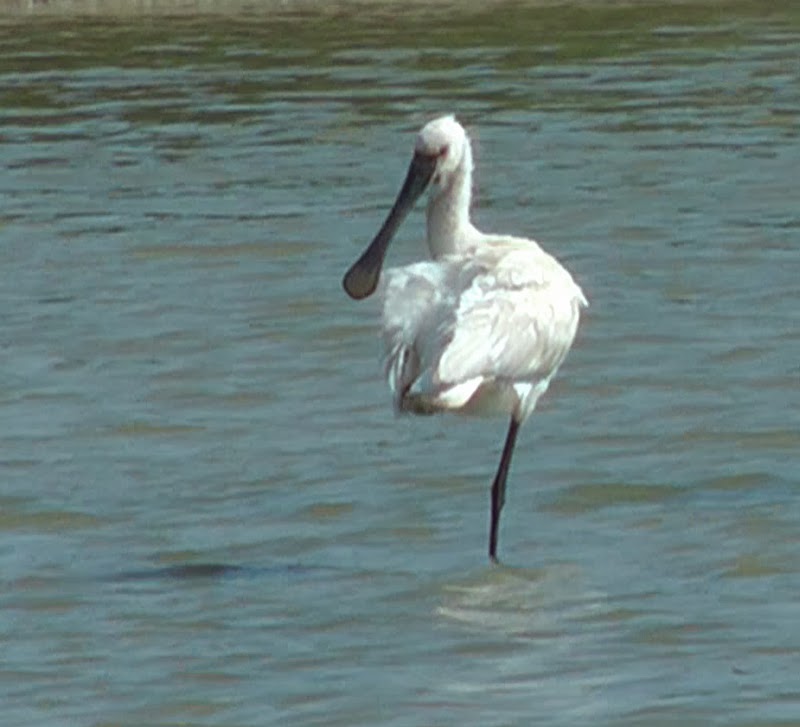 This was taken with my "happy snaps" camera! 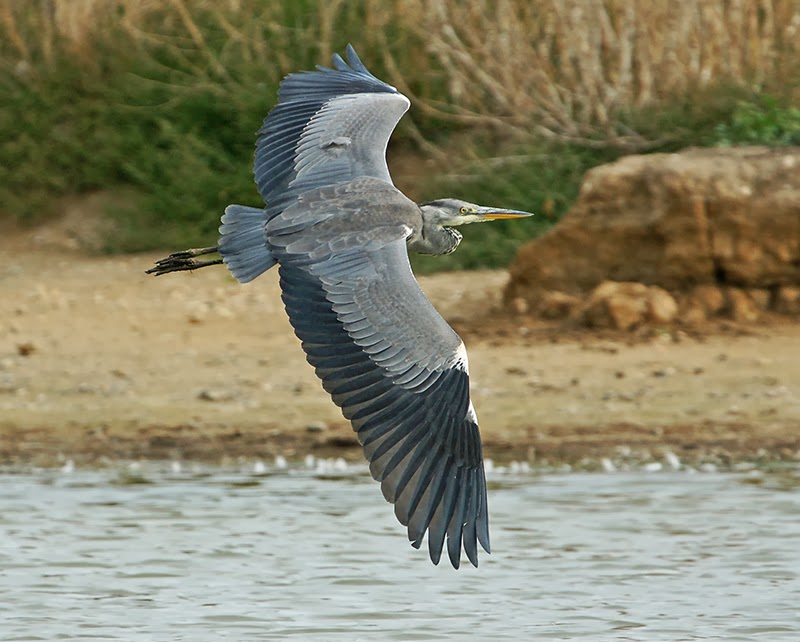 Little egret
Often around in significant numbers (I think 17 was the largest count I had) and would come right in front of the hide- so close in fact that at times you could only get a part of the bird in shot. 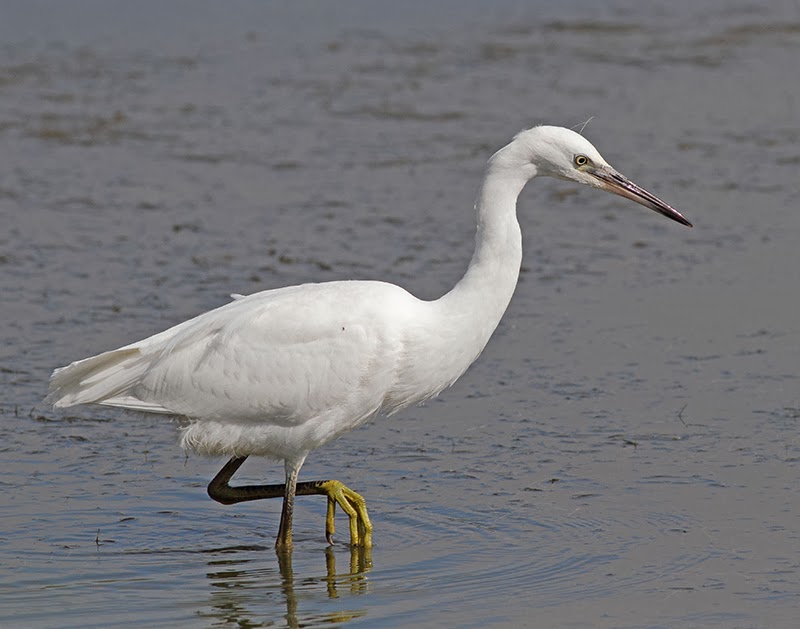 Little grebe
Nearly always around and occasionally breeding there so often family group present. Would swim right past the hide just a few feet away. 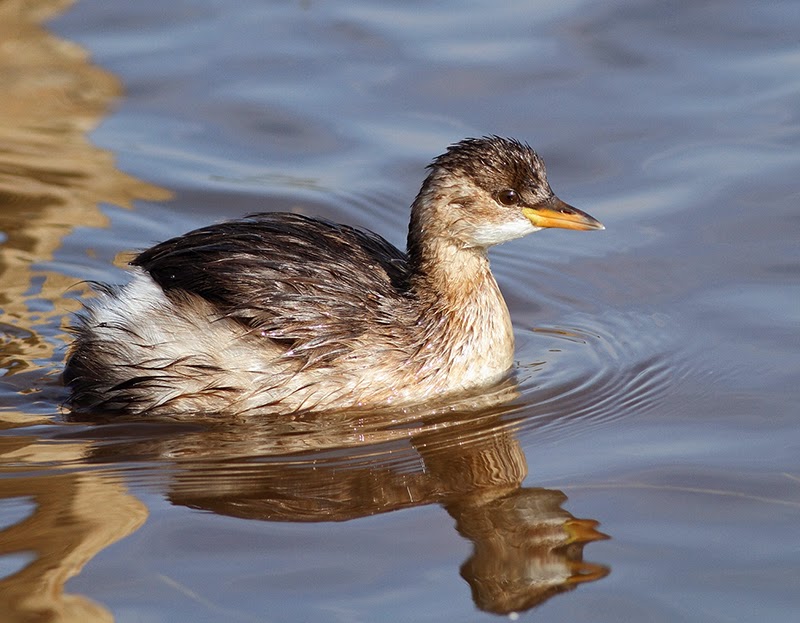 Kingfisher
Present for a couple of years but only for a week or two but would land on a post in front of the hide. 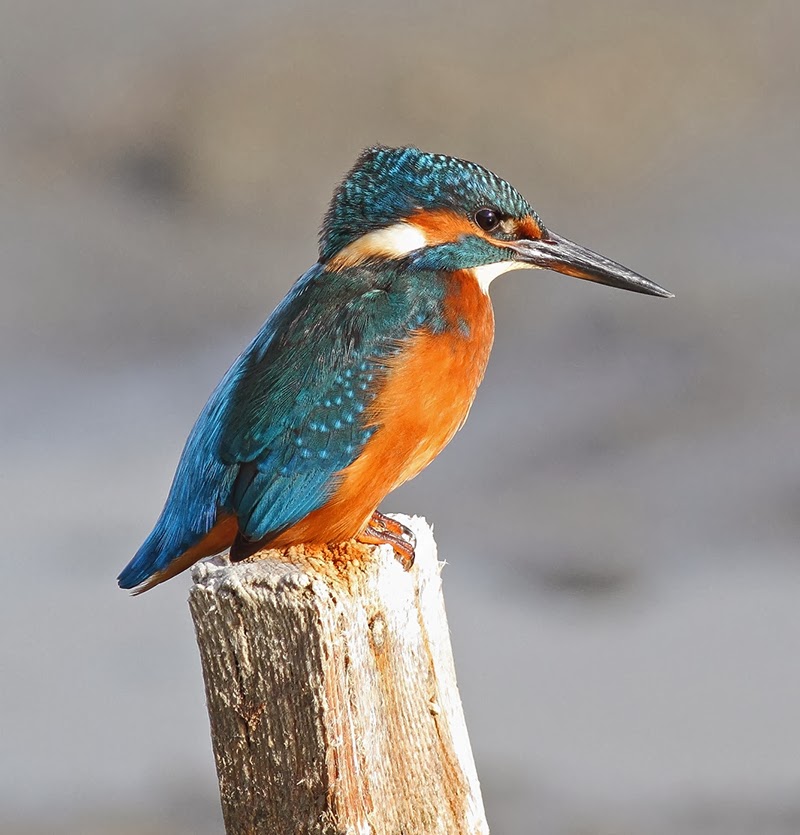 So there you have it.
It was a great place to spend the day and, if your luck was in get some great shots - I'm going to have to find something else to do each autumn now.

On the bright side once excavation work has been completed (and I don;t know when that will be ) and the new coastal path constructed the new scrapes and pools will be observable from the Coastal Path. There was once talk of some hides being put in place but I don;t know if that will ever come to fruition.

Posted by Greater Kent Birder at 09:27