The white wheatear and a twister

Today was my first day out for over 2 weeks. I've not been away somewhere exotic, I've been at home feeling sorry for myself...............I have been ( and still am in fact) suffering from a blocked salivary gland.
The initial symptoms of this condition appeared over lunch on the 19th when a salivary gland swelled to the size of a hens egg in my throat. It was a little painful but that's all. A day or two later however I started to feel really grotty - it had become infected. It has required 2 weeks and 2 different anti-biotics to get the infection under control. Hopefully it will stay that way until I see the specialist next week.

So for my first outing I thought I go look for the leucistic wheatear that has been hanging around Sandwich for the last few days. Actually being almost totally white it's pretty easy to find but not so easy to get near to.

My first attempt was in the company of Phil Smith - we shot off shots at various distances as we approached but it flew before I could get any shots off (tripod adjustments) on the time we were the closest; Phil seemed to get a  couple of decent ones though.


Phil disappeared after that but I stayed hoping to improve on my efforts but the bird had different ideas and spent most of the next hour or so on the roof of Sandelands.
Eventually it came down to feed on the lawn of Sandelands so I tried the "sit still and wait for it to come to me"  tactics.......only flaw was it didn't.
It did eventually settle on the fence but so 50 yards off so I went after it getting quite close in fact...unfortunately I was shooting into the sky - never a great recipe. 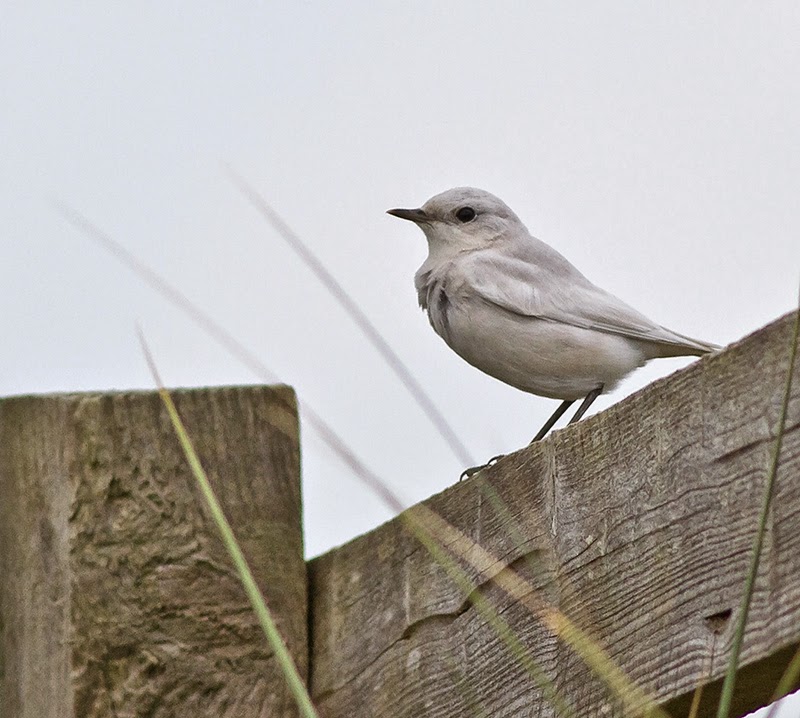 After that I had to return home for a couple of hours though on the way to the car I spotted a twister trying to form over Worth Marsh but it fizzled out after a couple of minutes never making landfall. 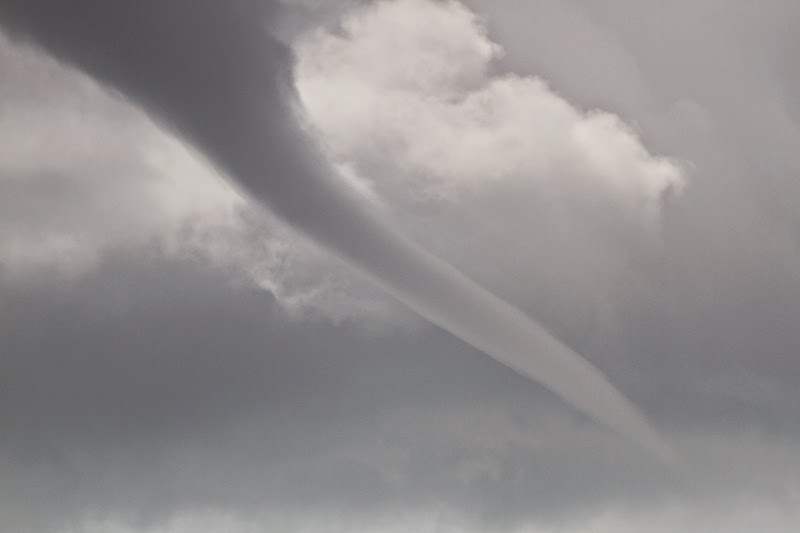 When I returned it and several normal wheatears were feeding on sea wall by the sailing club. I was just getting close when an couple of cyclists came past and the bird returned to the rooftop. 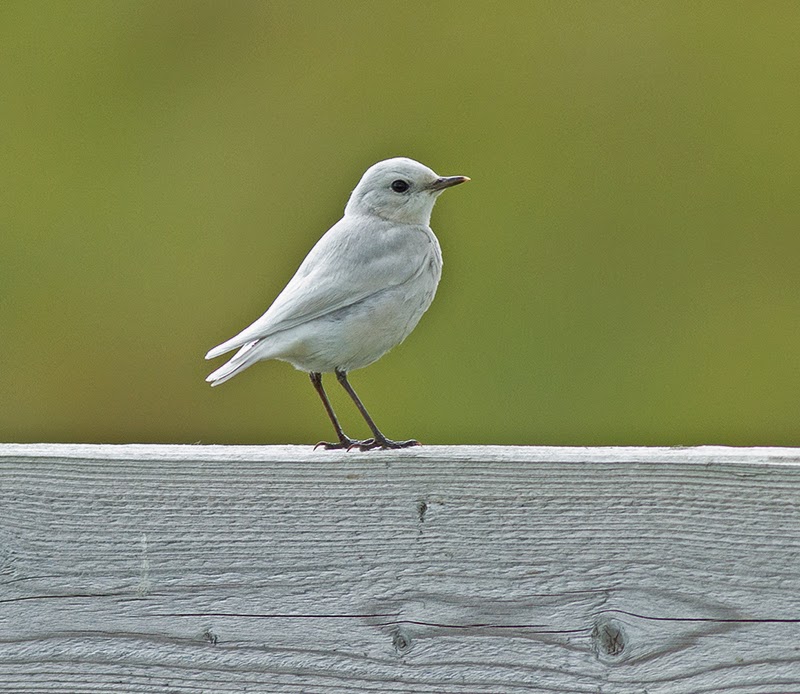 I had another go at the "sit and wait" tactics and although it came pretty close for a moment or two it wasn't quite close enough and again I was shooting into the sky. 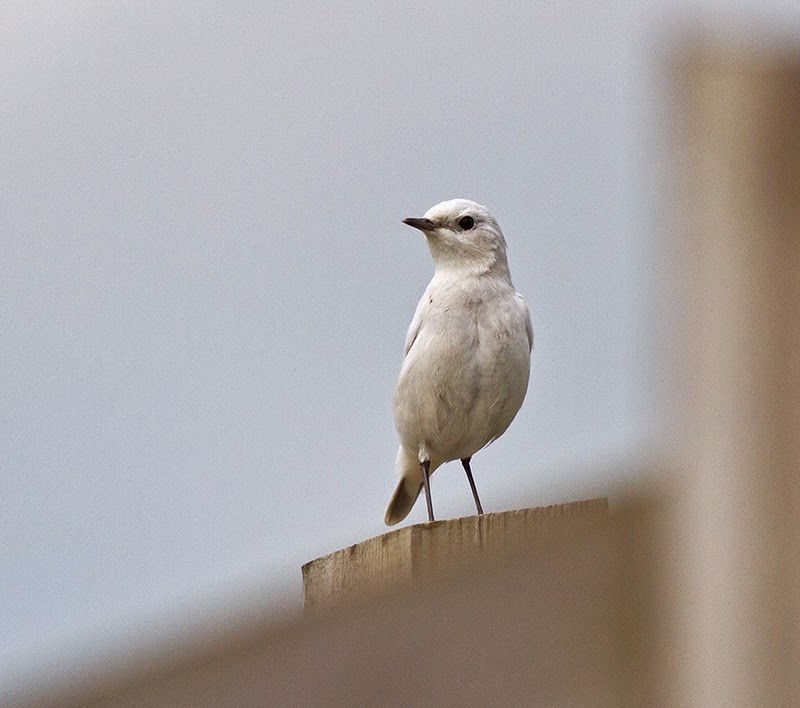 Some mippits and normal wheatears were a little more cooperative to these tactics though. 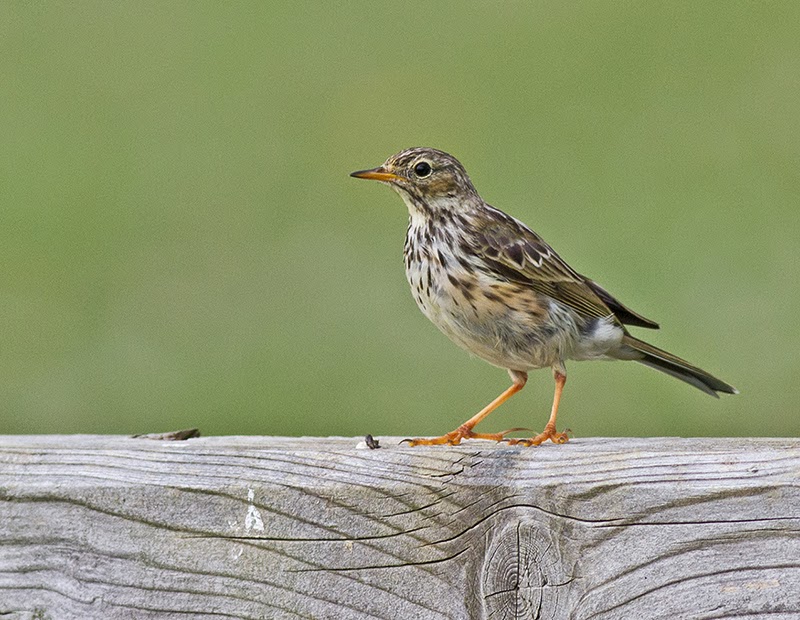 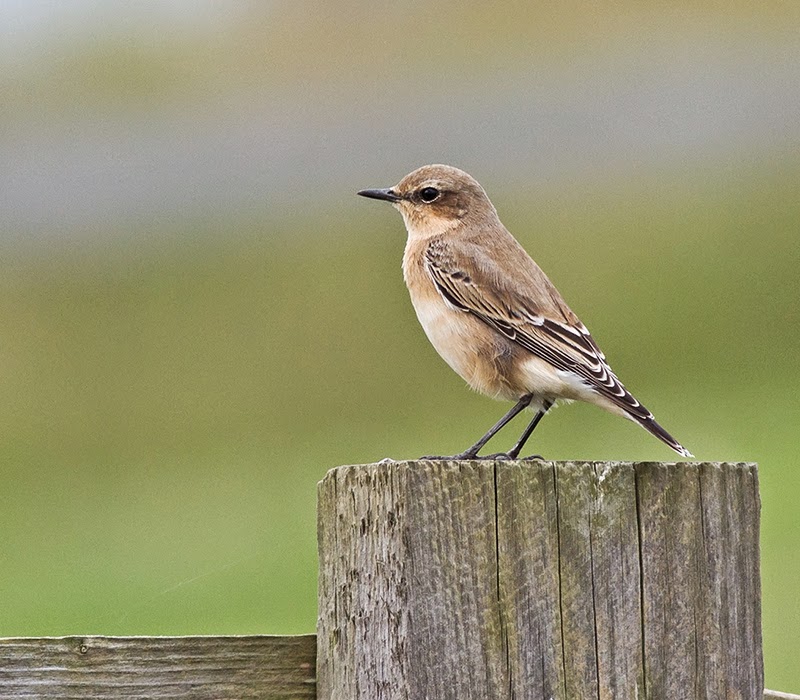 Whilst sitting and waiting the little beastie flew past me along the beach top so I tried stalking it - I was on the inland slope of the sea wall and it was in the grass along the top. I actually got pretty close with just part of my head and the camera showing above the horizon (as seen by the bird)  but just about every shot was obscured by the bloody grass!!!!!  This approach came to an end when a guy with 2 dogs came along. 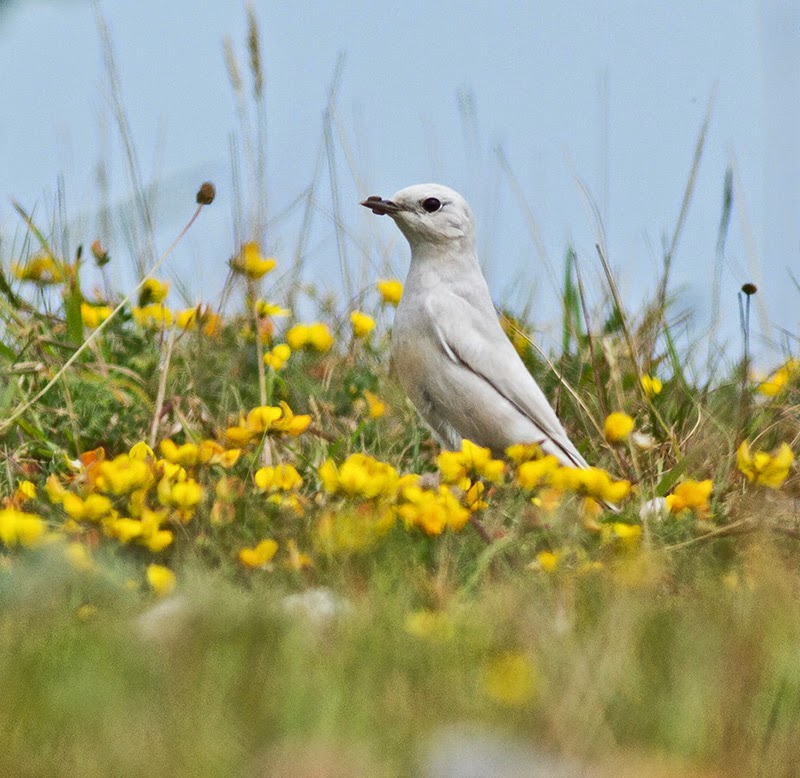 It did move onto the fence line again along with 5 other wheatears but they wouldn't let me near and that's where I gave up.
Still it was nice to be out afater a couple of weeks feeling sorry for myself.
Posted by Greater Kent Birder at 22:50