Ortolan bunting is still around

Last Wednesday I got a text from Phil Smith alerting me to the presence of an ortolan bunting (uncooked) at Fan Bay. I duly went up there but things didn't start too well - the whereabouts of the bird was pointed out but before I could even get the bins on it it had flown and disappeared into some scrub with a couple of yellowhammers. The next hour or so was spent trying to relocate it and once that was done trying to get close enough for a picture.
The first opportunity came when it popped up on some concrete rubble - I got the bins on it, it turned side on so I got a clear view which confimed the id then fired off a few shots then it flew. On checking the shots it was looking away in all of them!!!!

The searching/waiting continued (Phil had given up by this time but he had a card full of pictures) and eventually I managed a few record shots where I could see what it was - which was pleasing as it was a first for me.


I spent Thursday morning around the same area but there was no sign of it; all I saw were yellowhammers and they were as flighty as ever..
Fog during the next couple of days reduced the time I had in the field but today I checked out Kingsdown then walked from South Foreland to Langdon Hole.
A few blackcaps and chiffs at Kingsdown and along the clifftop a lot of mippits and hirundines were on the move. Around Fan Bay I found around a dozen yelowhammers of various ages and colours and a reed bunting but no sign of the ortolan.
On the way back to South Foreland I walked past the rubble piles - nothing - but as I was passing Fan Bay a great white egret came in off the sea but it was a long way off so only poor record shots.


I then went over to Restharrow to check the scrape for snipe (no luck) but there was a stonechat and 2 whinchat along the fence line as you approach the hide. Despite being half in the reeds I still couldn't get close to them though.


I was back home when Birdguides issued a report of the ortolan being spotted again on the rubble pile so I returned. After around 2 hrs of searching/waiting it was finally spotted where it was first found last week!
When it first showed I only got distant shots as we waited for the others searching the cliff top to return but eventually we got closer and hence better shots.


Most of the time the bunting was on the north side of the rubble so you were looking into the sun and/or the bird was in the shade. At first I stayed on the south side but everyone else was getting great views (I couldn't see it) so I relented and joined them..........I'm really glad I did!!! Getting the shots below was a bit tricky becasue there were quite a lot of stems between me and the bird but with the brisk wind these parted ever so often and I managed some decent shots. 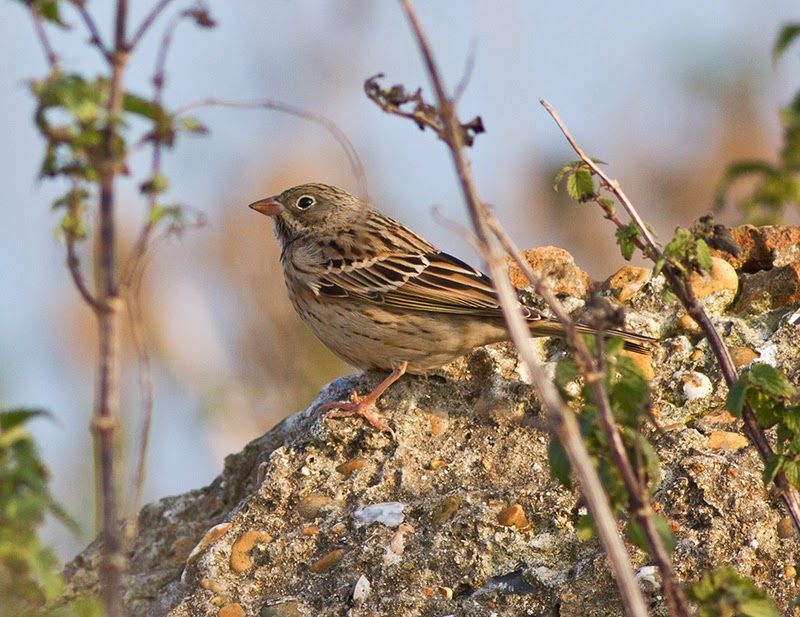 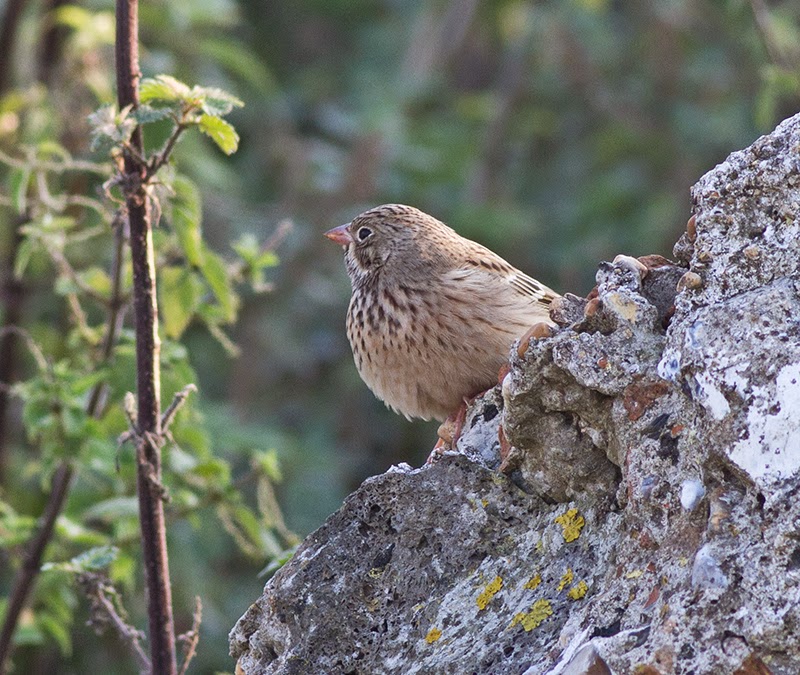 It did drop onto the sunny side for a few minutes so I returned to the south side and took a few more pictures. Here I had to chose between a stem obscuring the head or rubble partially obscuring the tail - I opted for the latter. 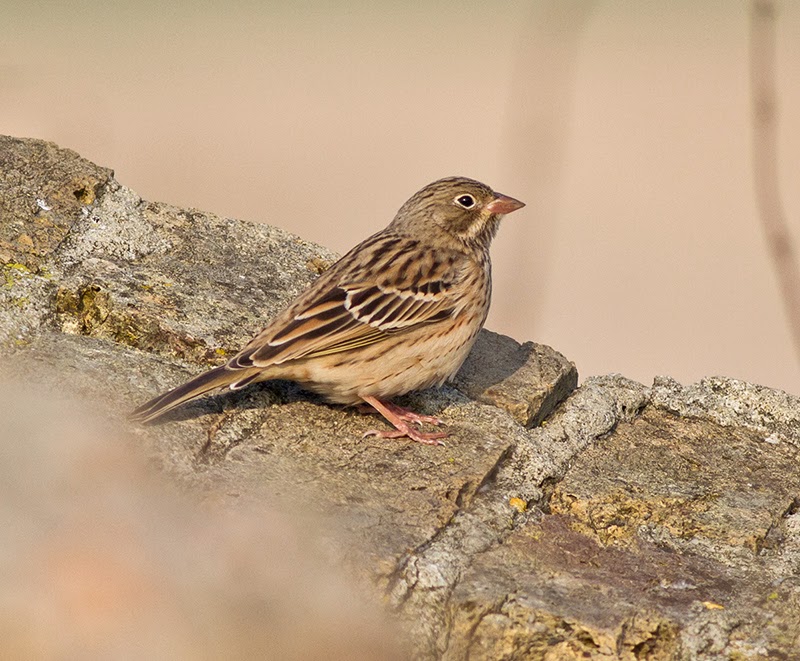 Posted by Greater Kent Birder at 23:51