Rye Harbour and Dungeness - 1st trip of the year

I didn't know whether to write a report on my escapades of the 5th but due to some of the comments appearing on my Flickr site I feel obliged to respond.
Since all the family were at home the only birding I did over the Christmas period was the occasional trip down to the "public loo" patch in Kingsdown and the odd visit to Restharrow.
With everyone gone (back to work or back to their respective homes - or both) Monday gave me a chance to get out.
My plan was to go to Castle water, Rye. Why? No particular reason but there was little on show locally and getting to the hide is a pleasant (if muddy) walk......and I needed the exercise.
As I was driving past Brenzett, the phone went - the lesser yellow legs was showing by the road at Pett Levels - so plan modified....first stop would be Pett.
My enthusiasm dropped as I arrived. There was only one person there and he was walking along the verge on the pool side of the road putting all the waders to flight. I pulled up and scanned the pools - all that remained were half a dozen lapwing and a lone redshank. Everything else had disappeared over the back. I didn't hang around so turned back to Rye. The first dip of the year well and truly nailed!
The walk to Castle water was pretty uneventful but from the hide a reasonable head of the common ducks were on display but mainly distant though a few gadwall came close. 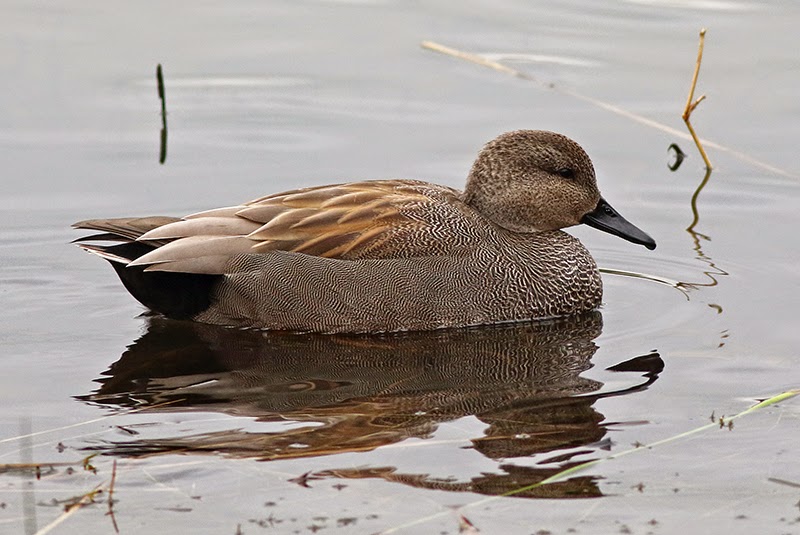 After a while a red head smew showed over on the far bank and eventually came a bit closer but only close enough for some record shots. A marsh harrier was working the far bank for most of the time I was there but there was no sign of any bittern (the main reason for going) and the water rail that was squealing nearby remained out of sight.
From there I drove to Dungeness and on the way decided to check up on the cattle egret - since I was there it was stupid not to.
I have been telling people that I couldn't be bothered with the cattle egret since I saw them all the time I was in The Gambia where they would even take chips from the hand around the swimming pool (though one crapped on Angie's sun bed whilst she was feeding it chips!).
Anyway as I arrived they were only a few yards from the fence line so I swung the car into position and had a few minutes firing off shots between the wire!
After  a few minutes they moved further into the field so I departed for the ARC. 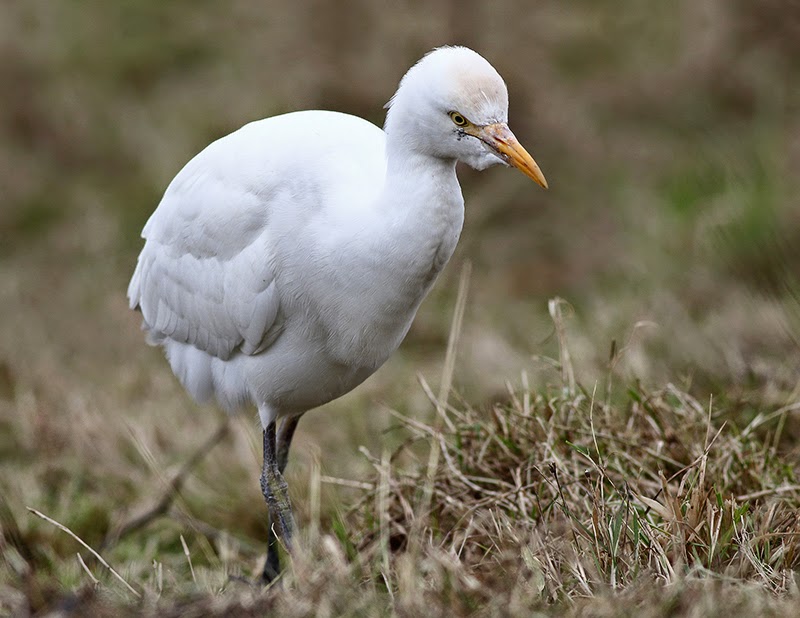 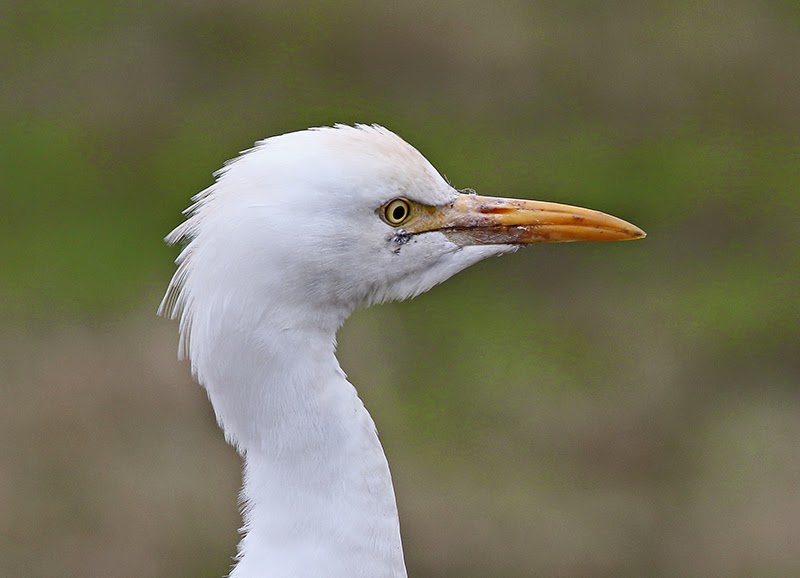 At the ARC all the common species of duck were on view as were 5 goldeneye but these stayed too distant to photograph. A couple of marsh harriers were very active along the far bank and 2 chiffs spent a few minutes in the reeds in front of the hide (as did a wren but that was too close to focus on). 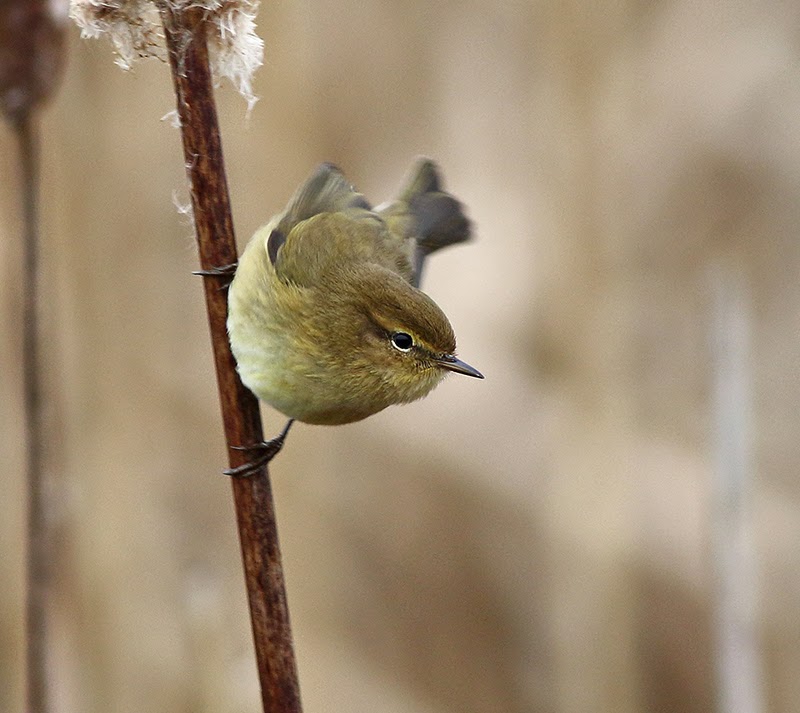 I had the pleasure of 2 kingfishers flying past together then a few minutes later one came back. A little later I had another sighting of a kingfisher that seemed to come from across the lake.
A bittern flew into the reed bed you can see when looking towards the screen hide and landed high up on the reeds and stayed there 10 minutes or so. 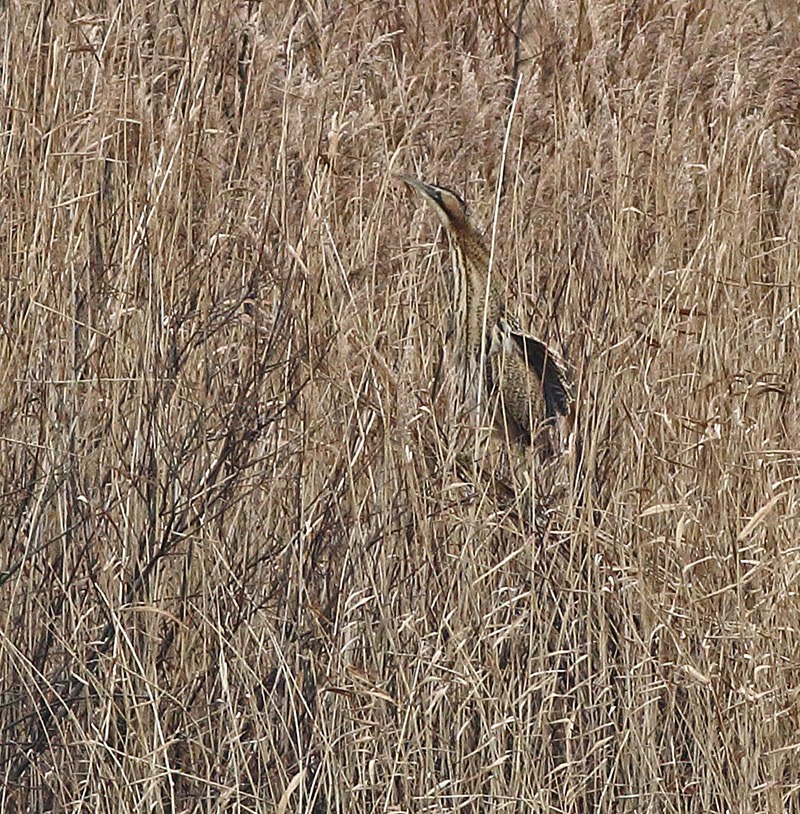 Eventually I gave up on the goldeneye coming closer and decided to have a look from the screen. On the way a kestrel was showing well atop the pole by the car park and at the screen a(nother) kingfisher was on show and fishing! 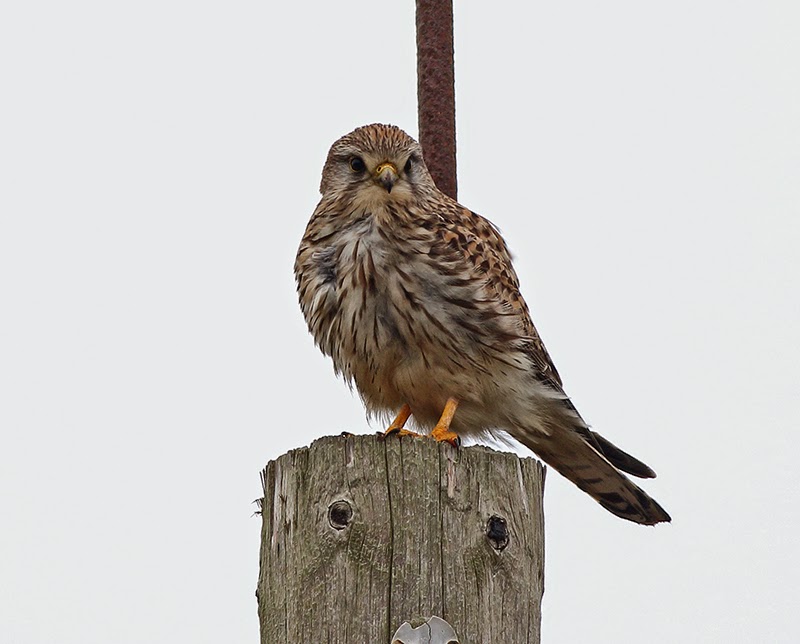 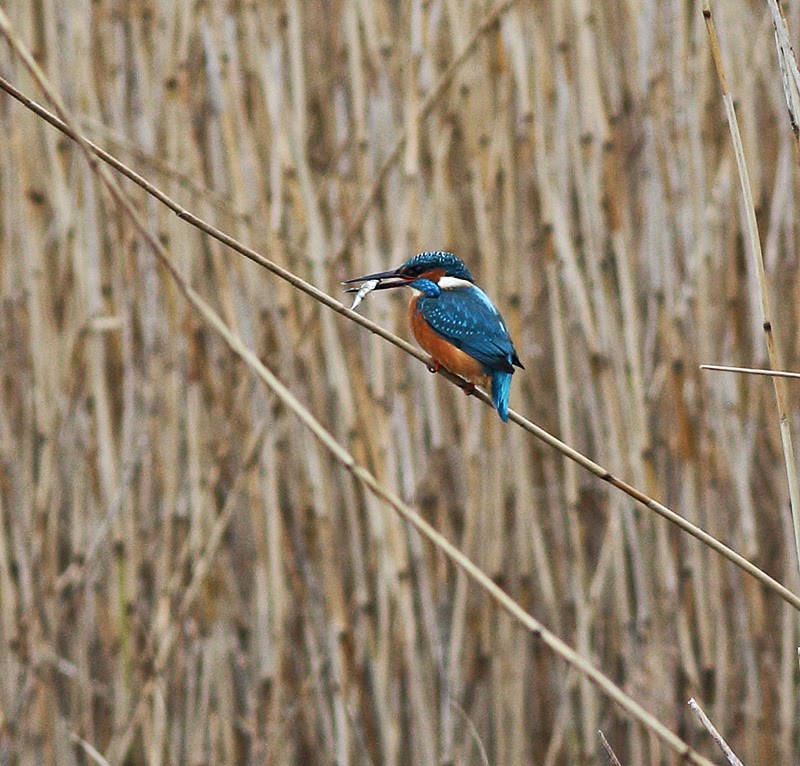 I have no idea how many kingfishers there are on the ARc but I had 5 sightings in about 90 minutes. There are certainly 2 but could be twice that number.
I was just about to go and thinking that I must be one of the few people to visit dunge and not see a great white egret when one flew in - distant but a sighting none the less. So there you have it. My first day out. Nothing spectacular but enjoyable in the gloomy weather and nice to see bittern, cattle egret and great white egret in a single session but perhaps what was more remarkable was that I didn't see a little egret or grey heron! (but then again I didn't really look very hard).