Another dull grey day on the coast but at least the wind was not too strong today.

As normal I started at Kingsdown with the intention spending the rest of the day at Sandwich trying to re-find yesterday's great grey shrike.

Other than chiffs (~10) and goldcrests (~ 7) things were pretty quiet at Kingsdown though I did spend a few minutes trying to photograph a totally un-cooperative brambling and the only redwing seen was flushed by a dog.

I moved on to Sandwich but on the way it started raining. I had 15 minutes in the hide looking at teal and gulls (black headed and herring) but without even a snipe to look at I soon tired of this so returned home to do some work.

I was just settling down to lunch when Ian Hodgson phoned informing me of a Pallas's warbler on the Cinque Ports golf course and whilst I didn't have any great expectations I was off.

On arriving Ian was still present and told me where the bird had last been seen so Gerald Segelbacher and myself went in search. It soon "showed" but only fleetingly but getting any kind of picture was proving a little challenging. The few times the bird appeared to be in the open it was either partially obscured or facing away: 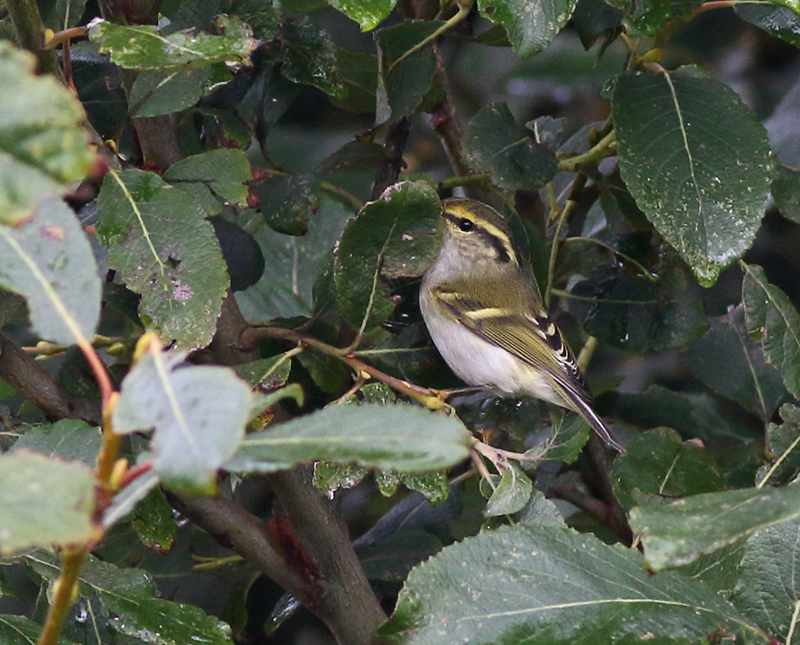 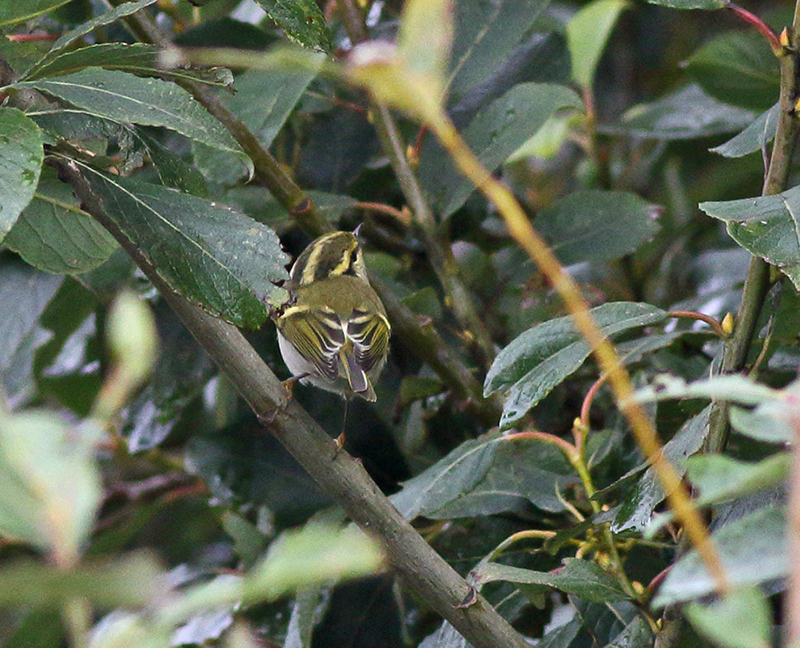 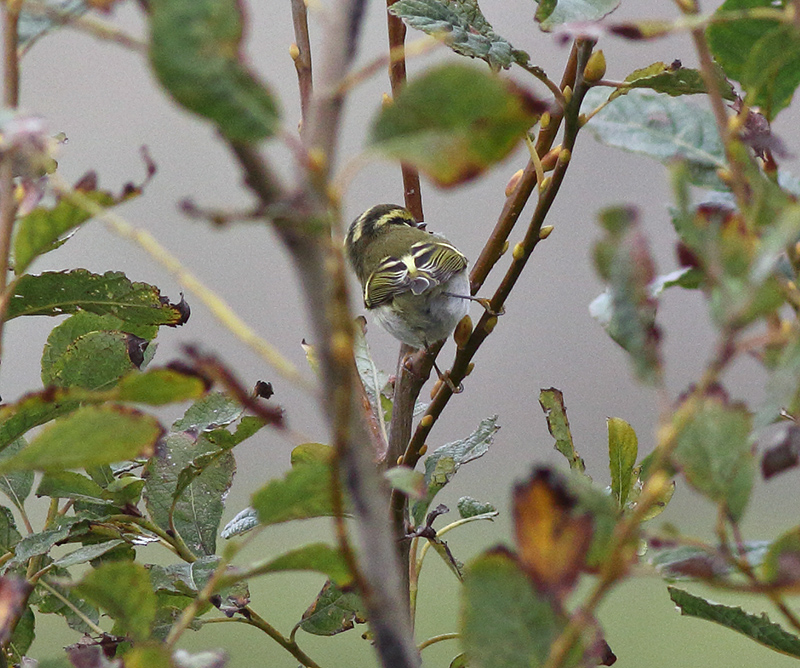 Another complication was the presence of 4 or 5 goldcrests. Several times I confirmed the id of the Pallas's only for it to have gone before I'd even fired off a shot. In the end I photographed anything that remotely showed after all it's easy enough to differentiate between them..

Eventually Gerald had to go but I stayed and had some reward. 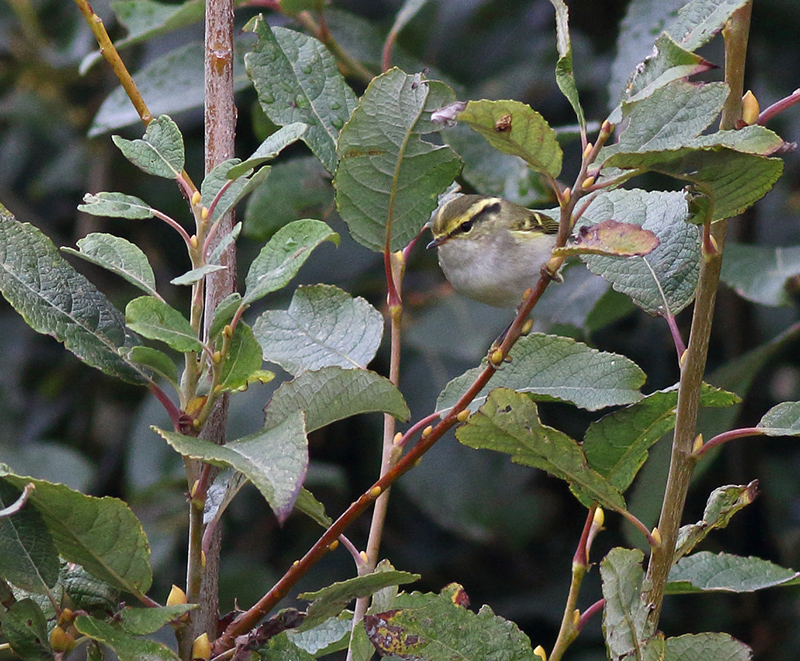 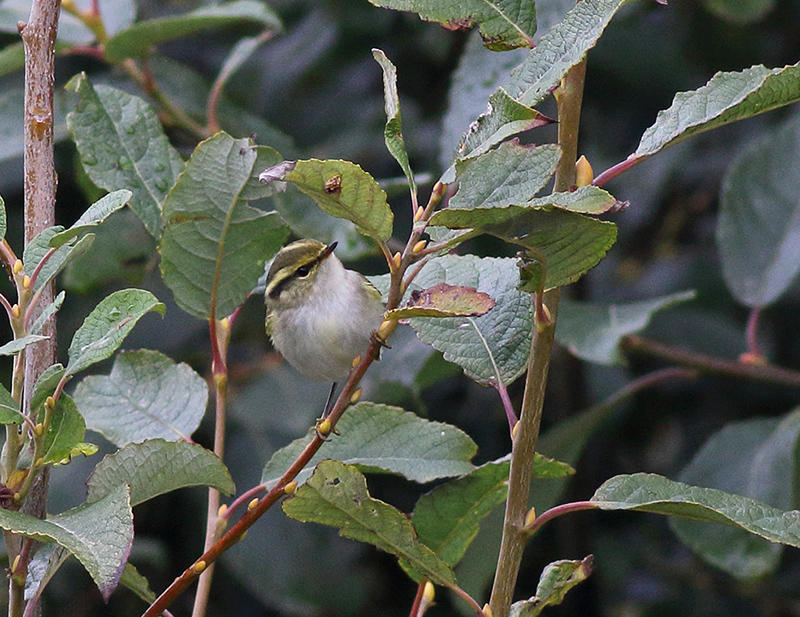 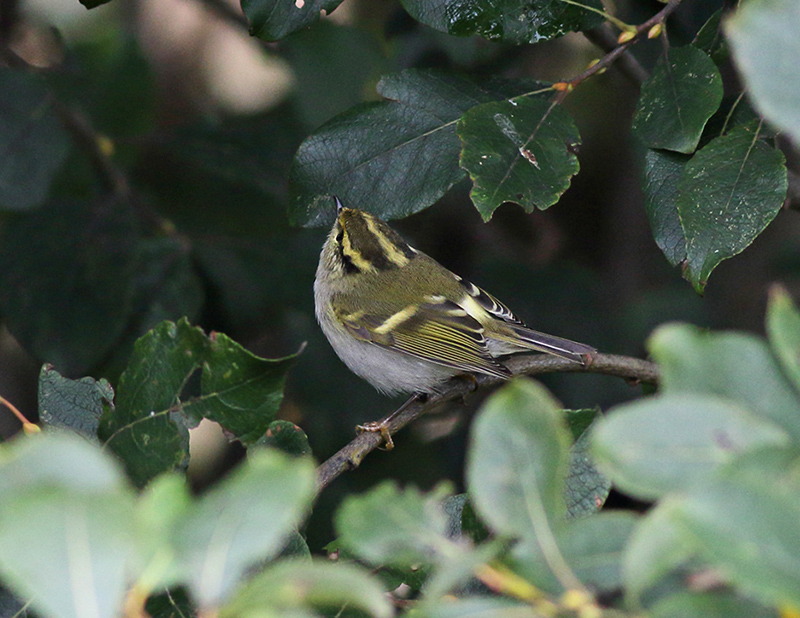 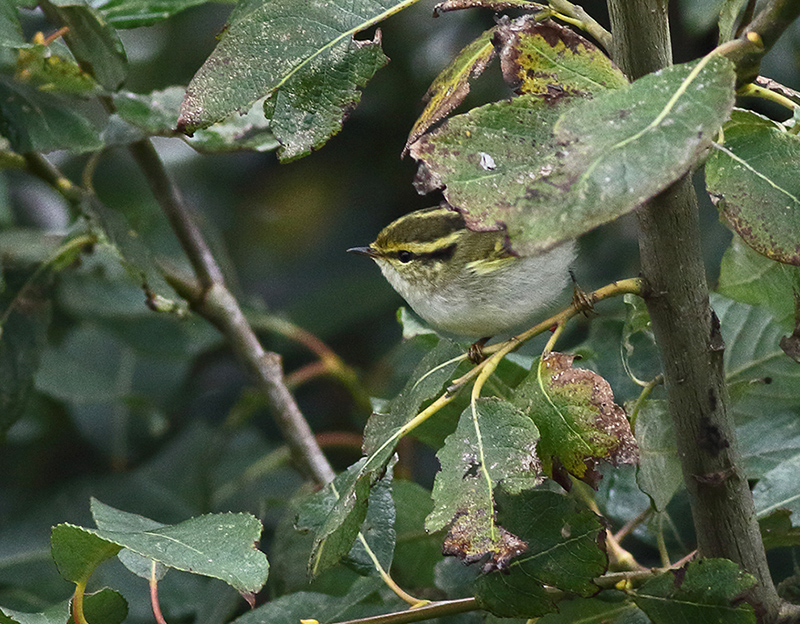 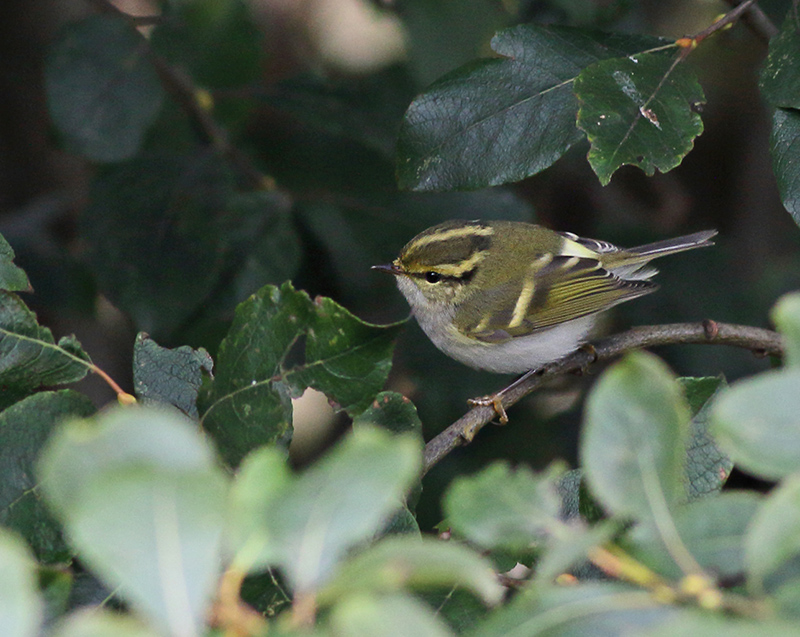 By 3 pm the light was fading fast, the bird was showing increasingly infrequently and it started to rain - it was time to go. I'll try again tomorrow. One final thought. I was there nearly 3 hrs and it didn't call once.