Over the last few days there has been a significant influx of yellow-browed warblers to the Sandwich area. I suspect there are more elsewhere. I've tried to look at my normal haunts in Kingsdown but because these are on the sea front the wind precludes seeing and hearing anything.
At Sandwich the main areas of wood/scrub are set back a little from the sea front so miss the full force of the easterlies with YBWs being found in the gullies, The Elms, and along the Ancient Higway close to the junction with Kings Avenue. In these 3 areas there were probably 7 warblers yesterday and up to 5 today with additional birds being caught in the Whitehouse area by the ringers.

Yesterday my attempts to get a shot of one of these little gems were pretty unsuccessful. I waited around the Kings Avenue area for several hours but whenever one showed it was deep in the scrub, or if it was in the open I couldn't get on it (well I could have if I'd pushed some of the others out of the way). The only shot I managed was when one showed briefly high up in a bird tree:- 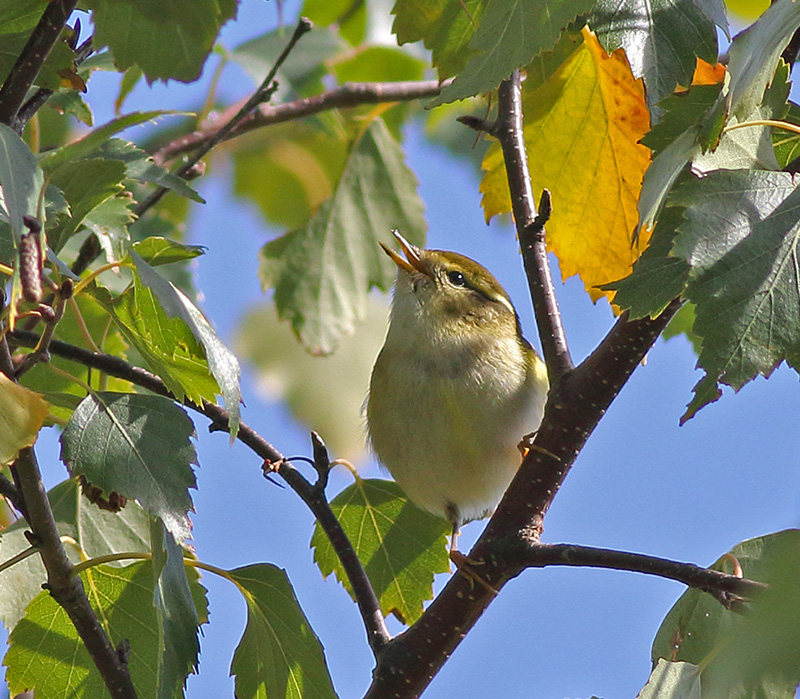 Today when I arrived there was only a couple of people around Kings Avenue and one of them left almost immediately leaving just 2 of us waiting - John Ball and myself.
The bird was again keeping low most of the time but came into a partial opening in the scrub a couple of times resulting in some OK shots but where the bird was partially obscured by leaves/stems etc. 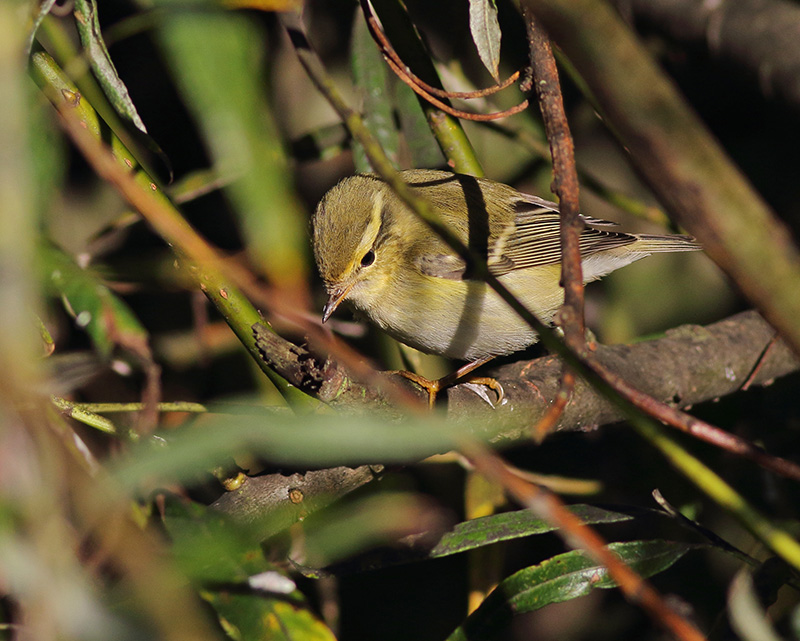 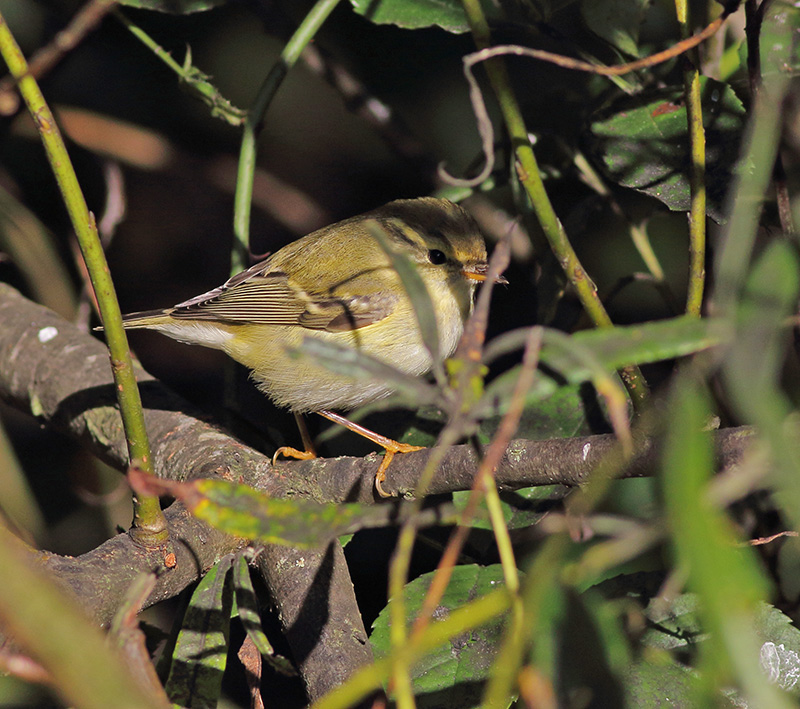 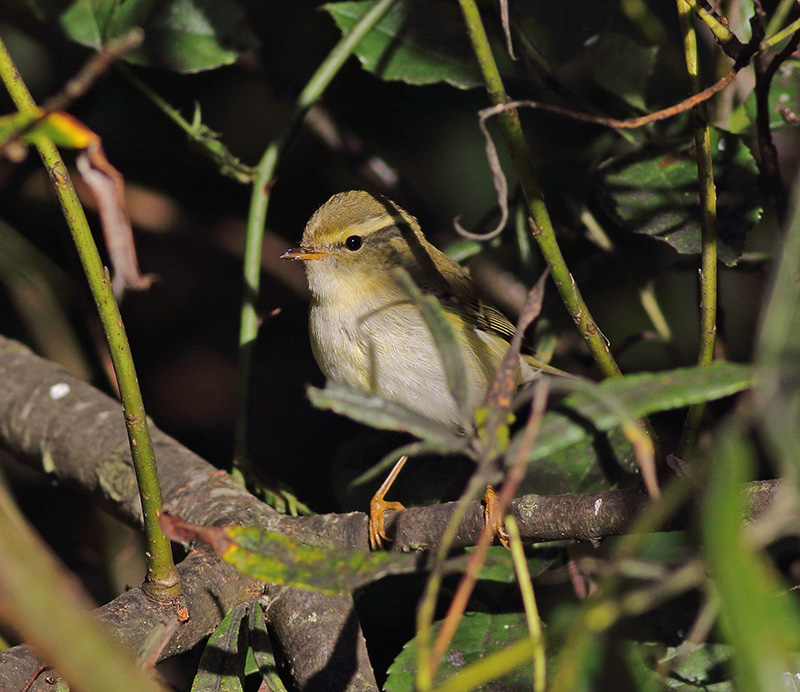 John and I  then did some "gardening" clearing away the worse of the offending leaves/stems and leaving us with a narrow opening into the scrub around 2 feet wide.
Whilst we waited a couple of YBWs flew into the scrub and others flew out along with 2 or 3 goldcrests.
Several times a bird came close without staying into the opening but eventually one did (just after John had disappeared for a cup of tea!) but sat on a branch facing away from me!


Eventually my luck changed and one came in and sat for a few seconds looking one way then the next. 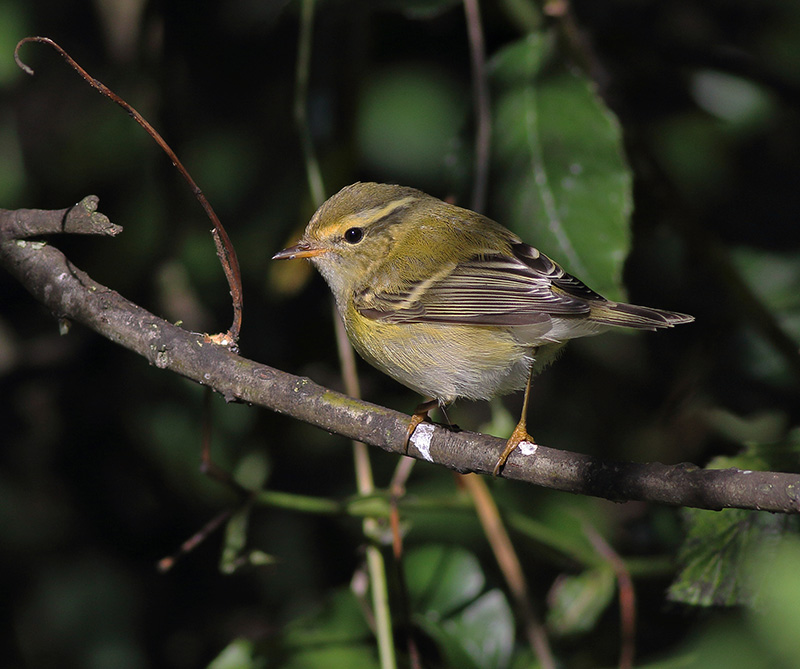 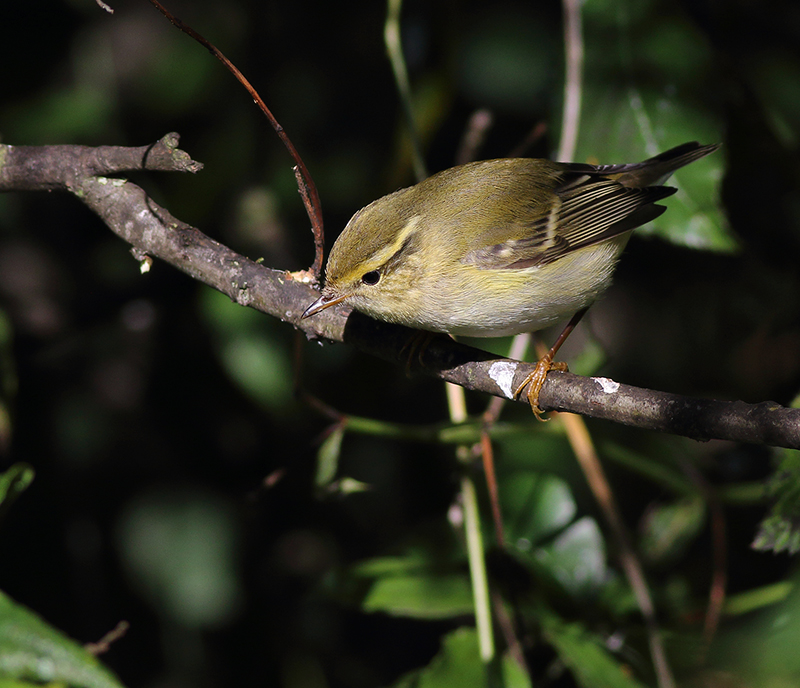 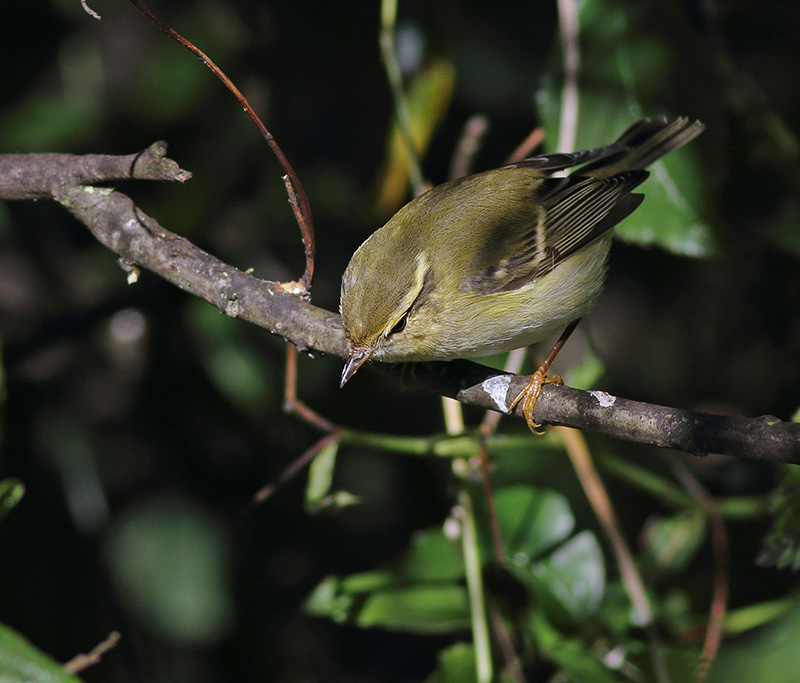 The bird then dropped down to within a couple of inches of the ground and worked it's way along the base of the hedge away from me.
At this point half a dozen people turned up so I called it a day. A good day actually!

Posted by Greater Kent Birder at 00:05