The weekend has mainly been about watching rugby but I have enjoyed a few short sessions with the oiseaux.
Friday I was expecting overcast conditions but awoke to sunshine so I dropped down onto the seafront to check out the scrub. Fortunately as I arrived a flock of tits and crests were moving through with one of the firecrests showing very well for about 2 minutes. 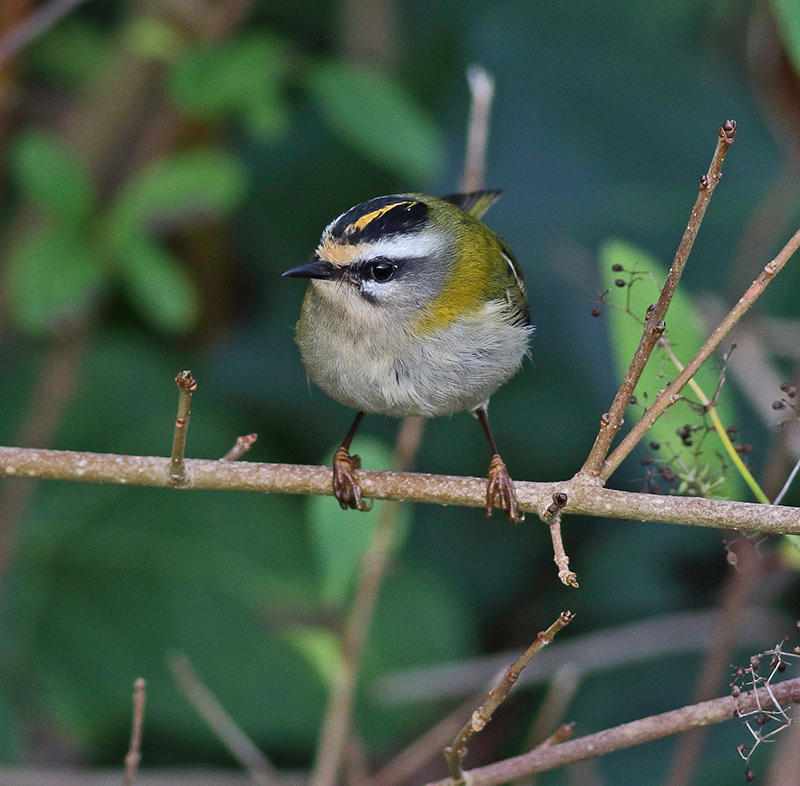 The flock soon moved on so I left to check out the red-breasted merganser at Dover Harbour.
It seems this RBM has been there for a number of weeks but I only heard about it this week - not having a smart phone the only tweets I hear about are from the birds themselves. Anyway I arrived, it was there, it came close but overall despite trying all sorts of camera settings the shots were a disappoint. This may have been due to the dull conditions, slow shutter speeds, the need for high ISO settings or the general problem I have of getting decent shots at the harbour. Overall the outcome of this session was a lot of pictures to delete.
Saturday was a lot brighter so I returned to the harbour for another go. Better shutter speeds this time and lower ISO settings but again a lot of the shots were disappointing - I'm sure the reflected glare from the water as you look down on the bird is the main cause of the problems because if you ever get the opportunity to take some shots from one of the pontoons (ie at water level) they are far better. Anyway I at least I managed a few acceptable images. 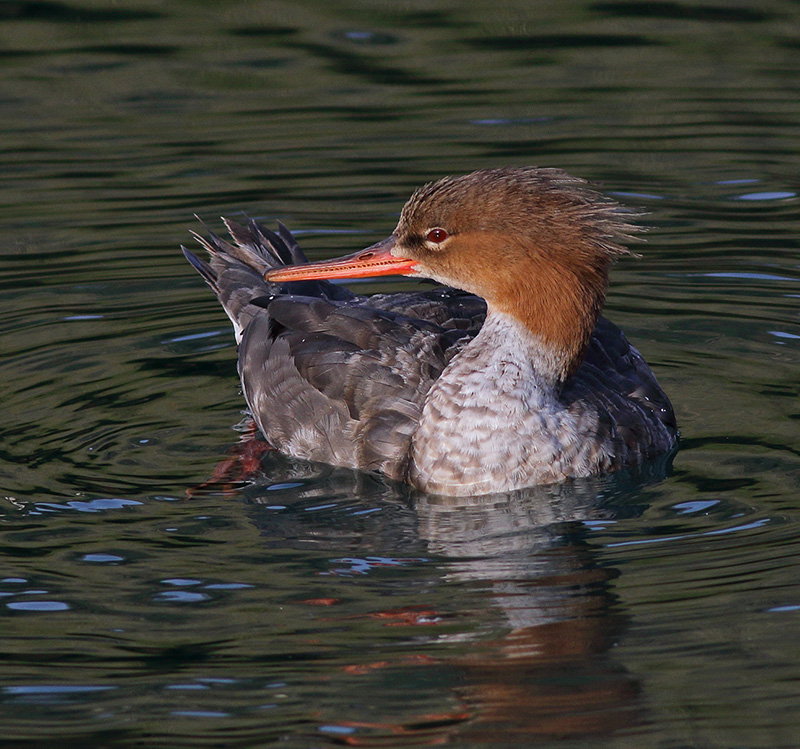 Sunday dawned quite bright at Kingsdown with the forecast suggesting it would cloud up as the day progressed. Needing some exercise I thought another walk along the beach at Sandwich to look for snow buntings, shore larks and Dartford warblers could be rewarding. This plan lasted all the way to the Cinque Ports Golf Club which was where the fog began and got steadily worse as I approached the Observatory.
It was so bad at the Obs I didn't even get the gear out of the car.
The fog cleared as I drove south so I decided to go to South Foreland to look for the Snow bunting that had been reported there.
I must admit my expections were dampened as I arrived as there were a large group of party goers on the approach track - seems they had pulled a haloween open-air all-nighter and were all a bit the worse for wear. The good news was none of them had actually reached South Foreland light house .......and the  sun was shining.
I'd only gone 50 yards along the track when I spotted the snow bunting feeding on the track. It let me get to around 20 yards away then held that distance. If I stopped it stopped. If I approached it hopped along at the same rate. Hmmmm what now. 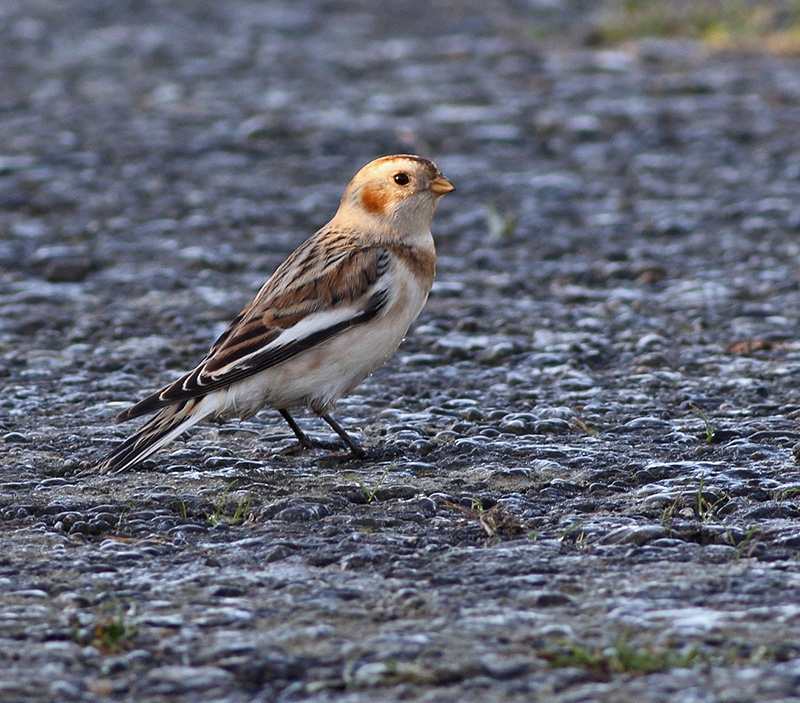 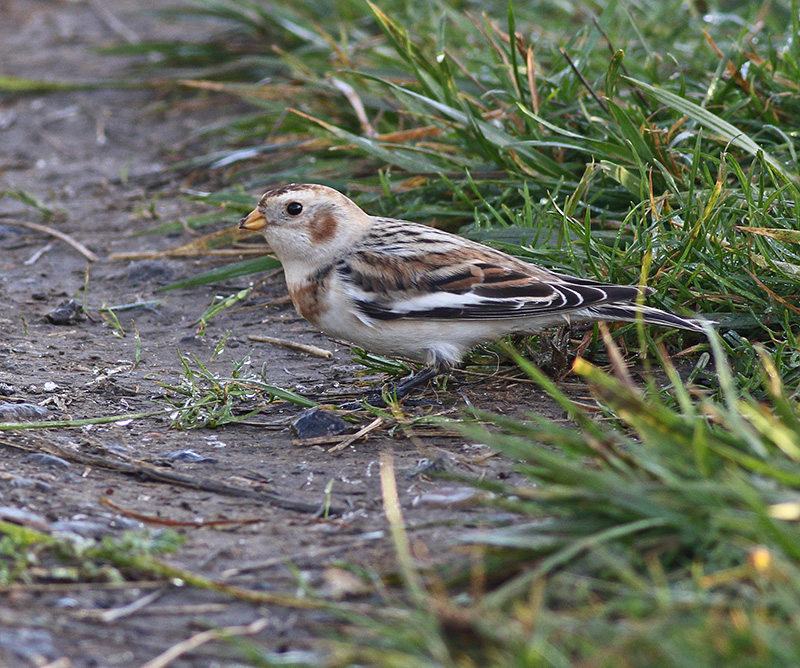 After a while I spotted some dog walkers coming towards me from the other side of the bird. So I got low and waited hoping they would drive the bird in my direction. But no. These were considerate walkers and when they spotted the bird they put the dog on a lead and moved into the field to get past it and not disturb my "fun". Once past they came back to me and we had a chat and chuckle about what had just occurred.
Then a jogger came along from the same direction. I knew this wouldn't be any use and it wasn't. The bird flew out over the field but came back to the path south of me.
Eventually Steve Raynaert turned up and I pointed the bird out to him. Since I had a few shots (though none were that good) I told him to wait where he was and I'd get behind the bird and shoo it towards him. This was working quite well until it decided it didn't want to go any nearer to Steve and allowed me to approach much closer than I'd managed before (it obviously preferred me to Steve!). 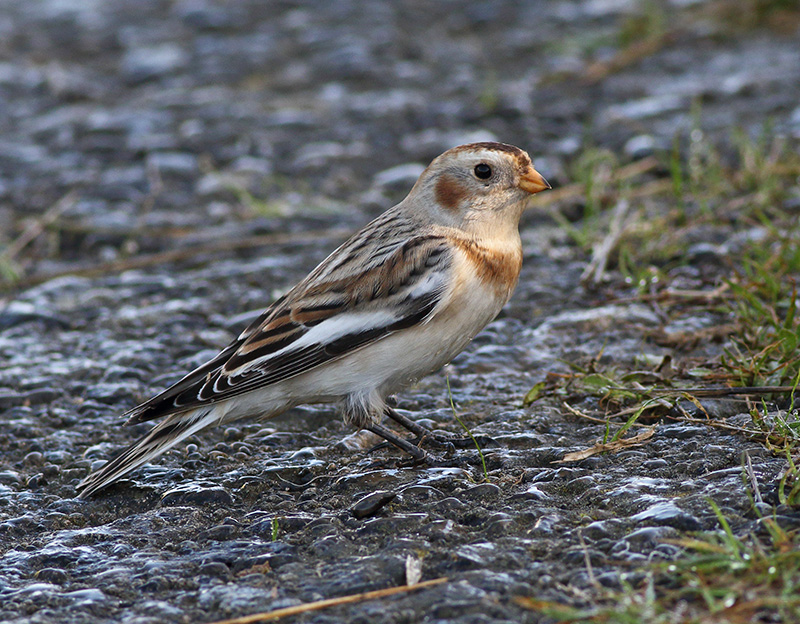 Then another walker came along from behind Steve. Now this one didn't stop and ask what was going on until after he had flushed it. Even this was not the bad news it might seem because with me one side and Steve and the flusher the other it flew a few feet into the field very close to where I was standing. It didn't stay there long but the light was brilliant. 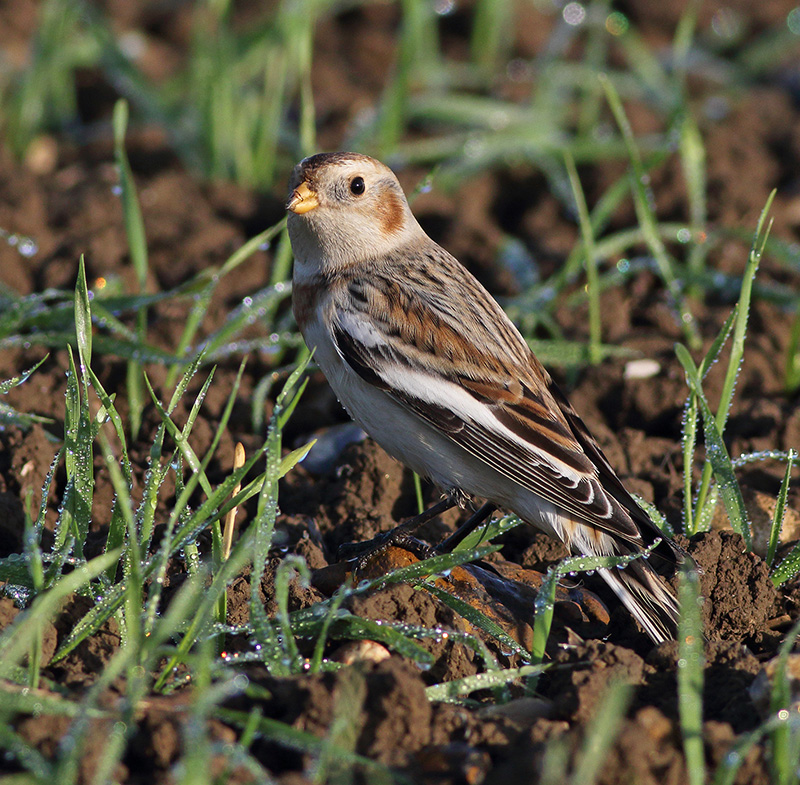 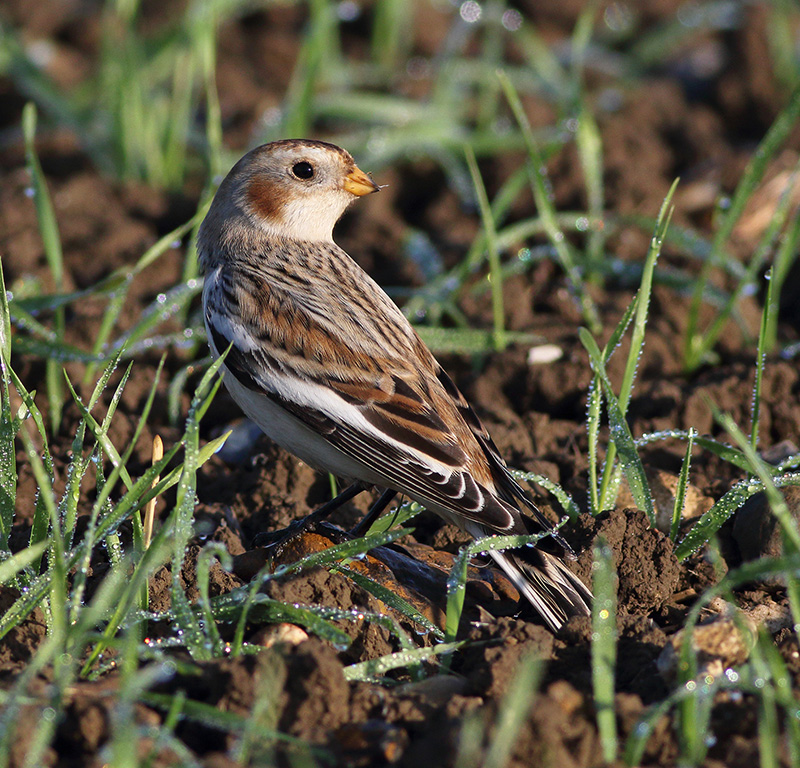 Just a shame England didn't make it to the world cup final.

Posted by Greater Kent Birder at 18:06