Kestrels have bred at Kingsdown for a number of years with varying levels of success. With everywhere being pretty quiet I spent around an hour or so on the last 3 mornings watching and photographing the latest kestrel family.

As I was parking the car I could hear a kestrel calling and on arriving, below the nest hole, there was a youngster perched atop an ivy like creeper growing up the cliff face.


In the nest hole 3 more juveniles were visible (at least I think they were all juveniles). 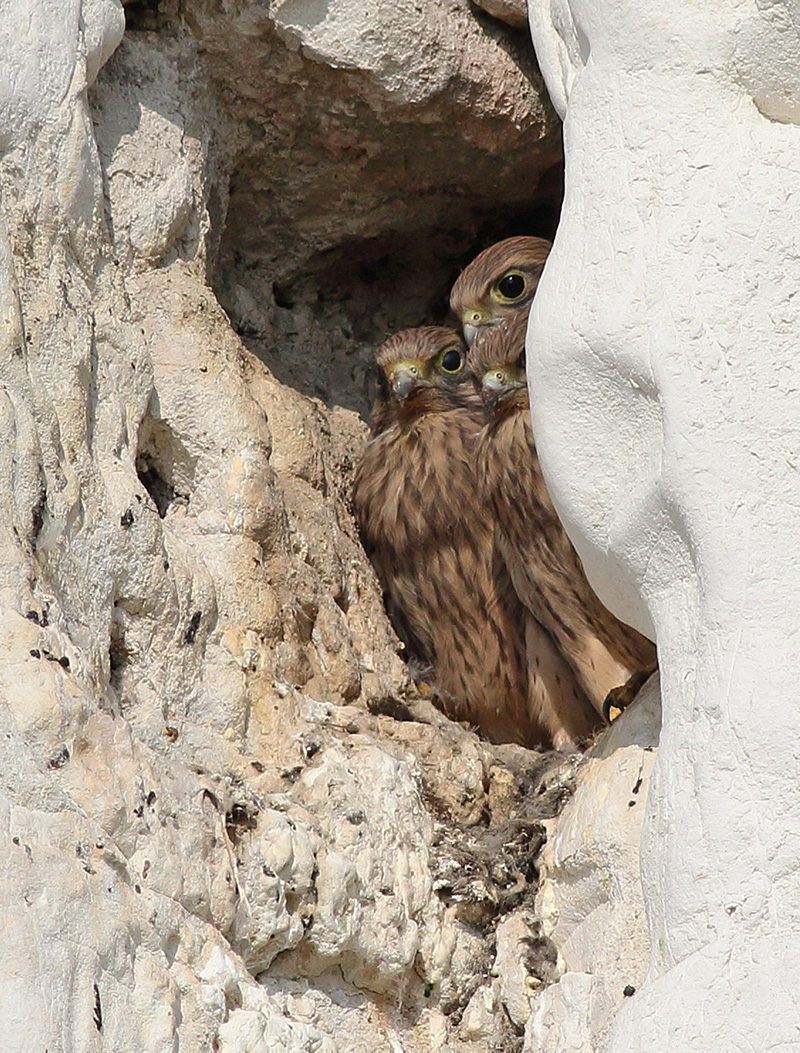 Over the next hour or so the fledgling flapped around the cliff face changing positions every few minutes in a very haphazard manner. 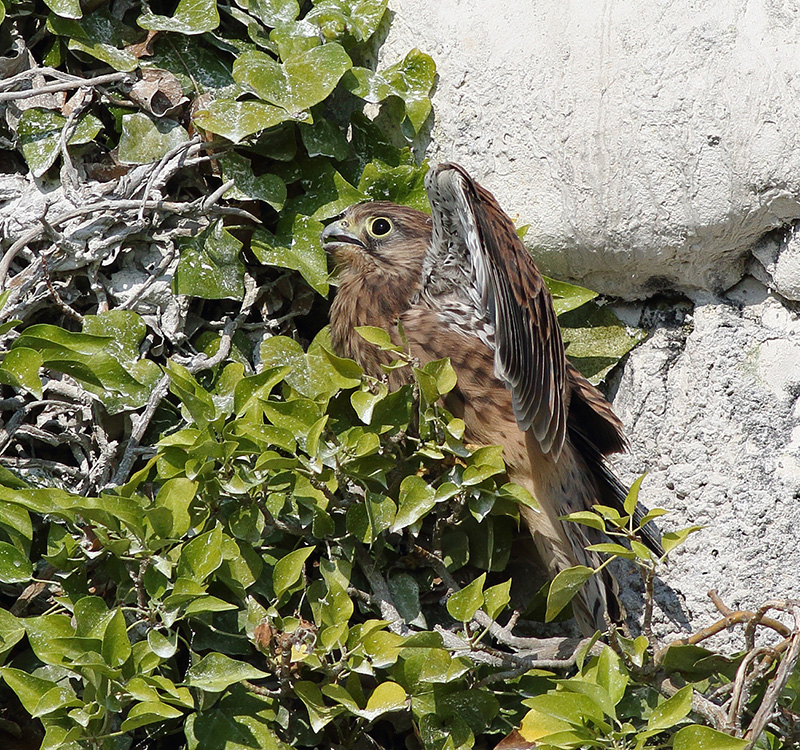 The adult male kept watch most of the time chasing away any crow or jackdaw that venture near. The female returned with a vole and a little later the male captured a lizard.


When I left the juvenile had found a reasonable secure perch on the rock face. 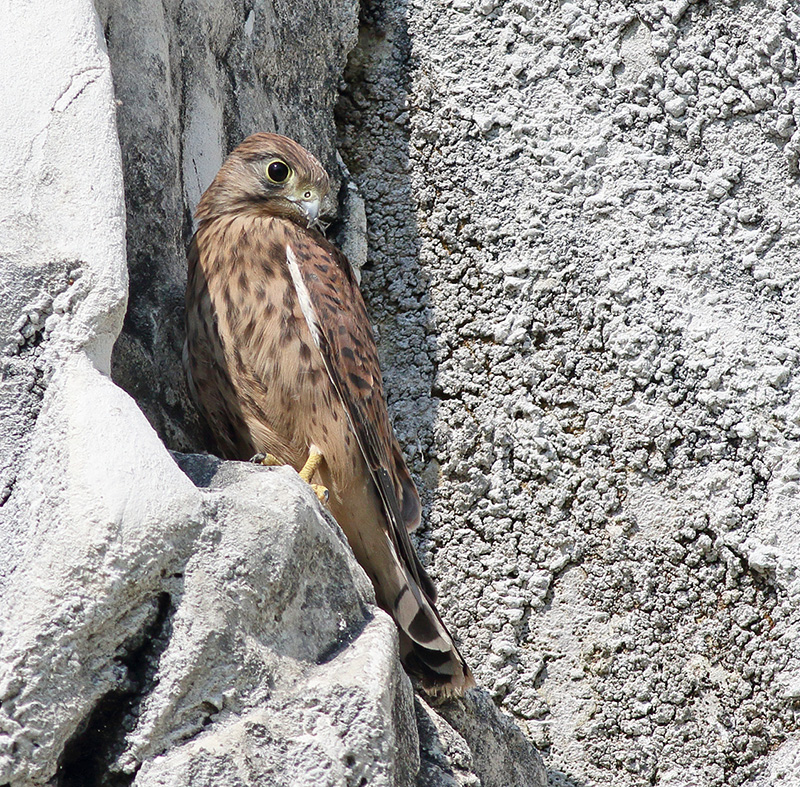 Next morning the juvenile was high up near the cliff top so had clearly improved it's flying ability and the other youngsters were flapping around in the nest hole.  A few minutes after my arrival one of the youngsters fell from the nest hole whilst flapping about and tumbled down the cliff face into a small bush growing out of the cliff about 6-8 feet below the hole.


Nothing much changed during the rest of my stay with the fallen youngster happy to sit in it's bush and yesterday's fledgling continued to call from the cliff top.

Day 3. I was a little concerned when I first arrived as it was very quiet but soon after arriving I located the 2 fledged youngsters on a cliff top bush. Their attempts at flying did not inspire confidence but they managed to get themselves back to their perch with a bit of trial and error and at no time looked like falling down the cliff face.

The male was on guard most of the time though did capture a vole which it gave to one of the youngsters.


The hole still contained 3 birds so I started wondering about their being 5 youngsters but one of them was the female so the family remains 4 youngsters plus the two adults.


I had today off but will have a look at how they are progressing tomorrow.