The last stop during our trip was near Akumal, some 20 miles north of Tulum. We had 6 days here staying in a rather nice apartment overlooking the sea (Las Villas).

Whilst here we did have trips out to Muyil so as to see some more Mayan ruins but to also gain access to a little bit of the Sian Ka'an biosphere.
We also had a snorkeling trip to Cenote Yal Ku - a cenote that's actually part of a sea inlet and has a wide range of sea fish to see whilst flippering around.

My birding here was very restricted to the trees bordering the access road to the apartments/houses along that stretch of the beach. At the southern end of this road development failed to materialse and the road had subsided a little meaning for about 20 yards it's permanently flooded to an inch or two in depth (and quite muddy) and this extended "puddle" proved to be a magnet for a number of species. The beach, the garden and our balcony provided the rest of my patch. 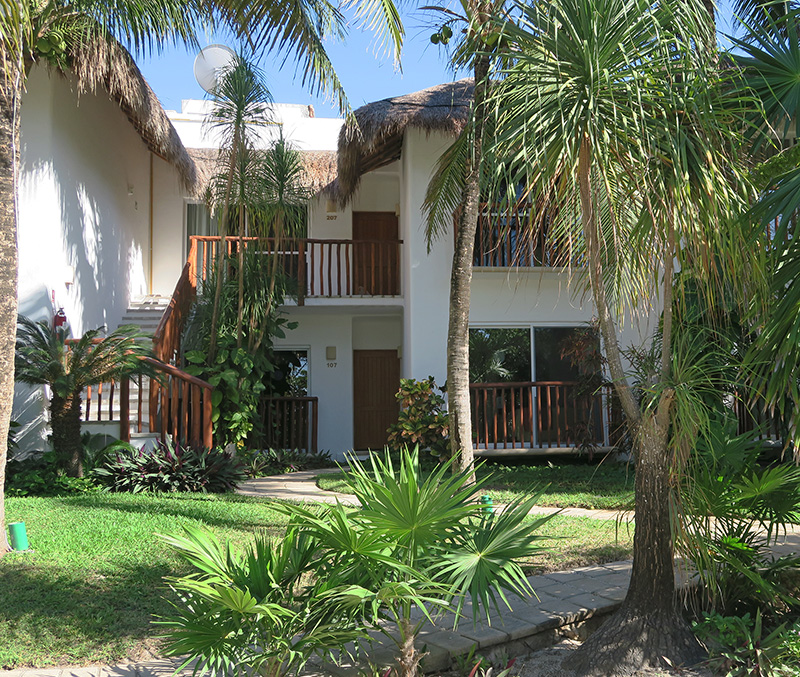 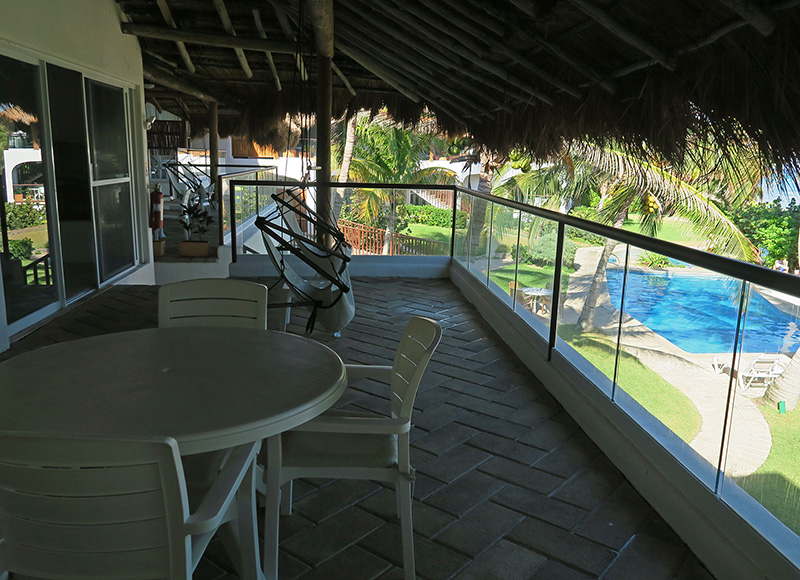 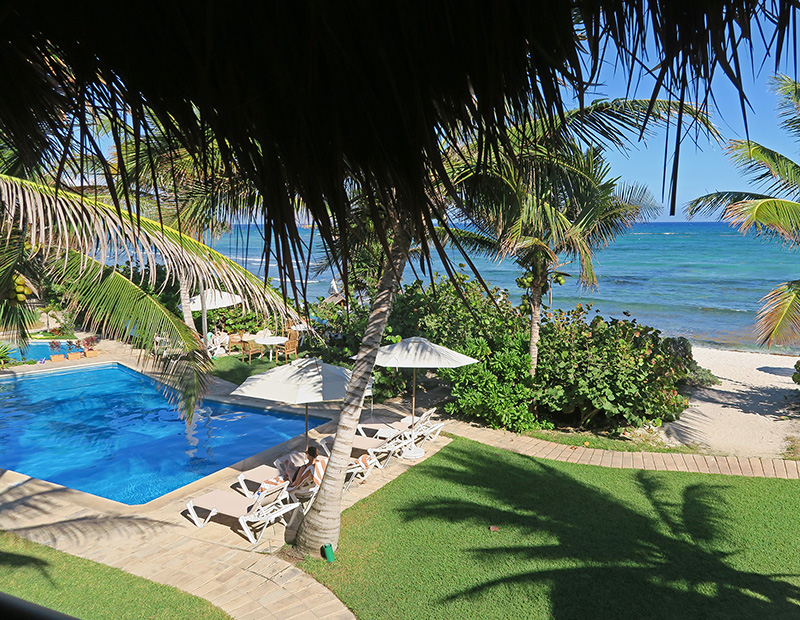 During our drive from Chichen Itza we'd stopped for some essential provisions (mainly beer and wine) and we were settling down on the balcony to have a relaxing moment before unpacking when a hooded oriole appeared in the palm tree at the corner of our balcony. This bird (and it's mate) was in that tree for most of our stay and was a constant source of frustration because it was nearly always partially obscured. It was also so close (5-6 yards) getting the whole bird in frame was a problem. 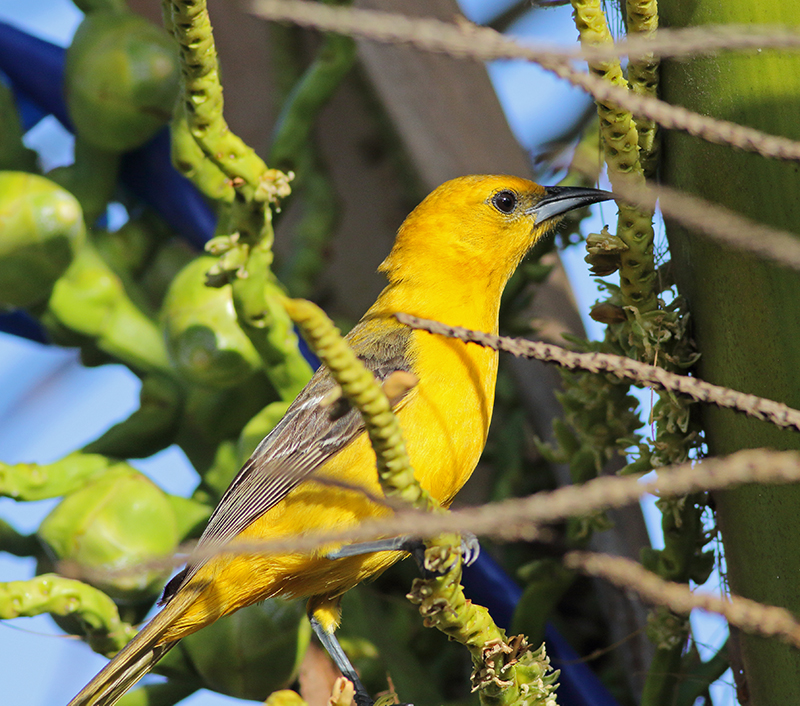 From our trip to Muyil.


Birding wise the area immediately inside the gates was quite birdy and we saw a a number of the common species seen/posted already including american redstart, magnolia warbler, kiskadee and social flycatcher . New species were in the form of a yucatan flycatcher (or possibly dusky capped- they are very similar), summer tanager, and black-cowled oriole.
We did do the jungle walk down to the lagoon but the path was so narrow very little was seen. At the lagoon you could look across the water which was all very pretty but not a bird was in sight.

For lunch we stopped at a beach-side restaurant in Tulum 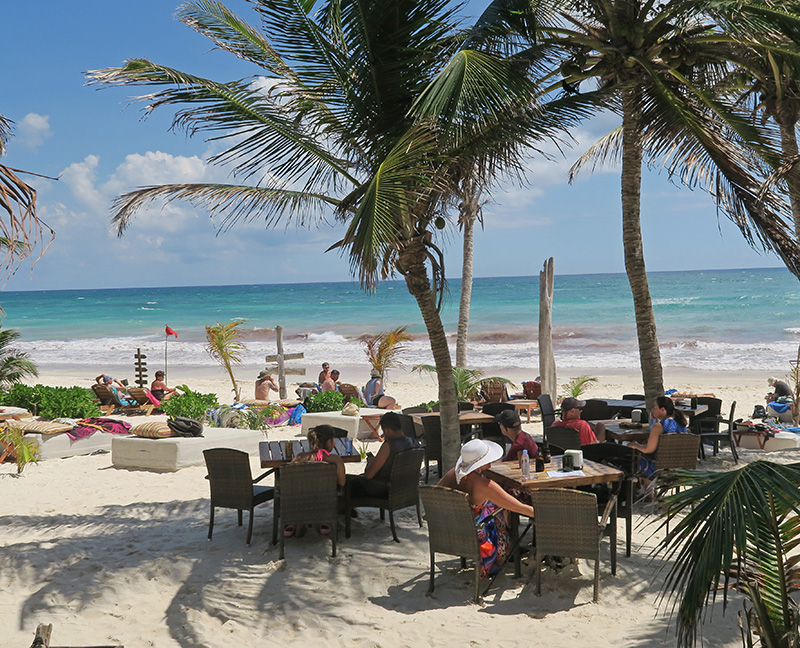 After a few minutes at the restaurant I had to scurry back to the car for my camera as a roseate spoonbill flew over. Fortunately more were to follow. 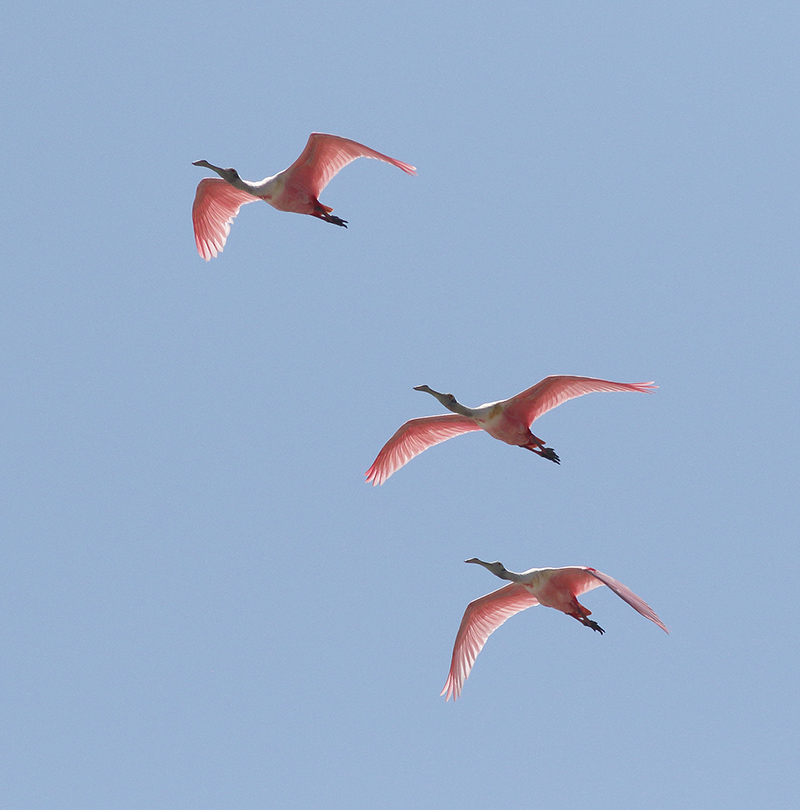 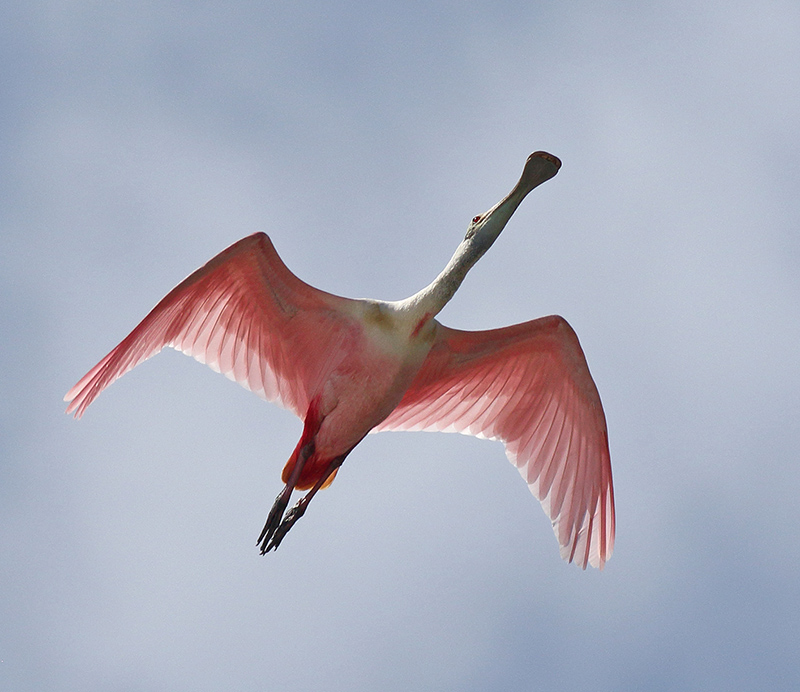 And that's about it.
An excellent 2 weeks, staying in some lovely places with the staff and service  - particularly at Hacienda Chichen Itza - being really friendly. I was lucky with our lodgings in that at both Puerto Morelos and Akumal we were on very quiet roads where you could bird pretty much undisturbed (dead end roads so little through traffic). In our travels we did go past several places I had considered staying and these were also on small bush/tree lined roads but these roads were through roads and the traffic constant.

My list for the two weeks crept up to 108 species and I managed shots of about 90% of those though not all were of sufficient quality to post. As a general statement it would be correct to say that bird density in the Yucatan was quite low and birding was slow but in just about every session I managed to find one or two new species such that even on the last day at Akumal I managed streaked flycatcher and grey-collared becard just 30 yards from out lodgings.
Other than a 2.5 hr session with a guide at Chichen Itza all the birds shown were self found but there's no doubt I would have benefited from a guide to get the species count up - for example I only had a single sighting of a toucan and even that one was only a fly-by. The guides I found on the internet however were pretty pricey so I didn't bother.
Only disappointment - I did not get to Rio Lagatos. If I ever go back to the Yucatan I will try again to get there but allow more time for Diego Munez to reply.

Posted by Greater Kent Birder at 18:20