For the second full day at Chichen Itza I engaged the services of the hotel's local bird guide who's name, I'm sorry to say, eludes me - old age getting to me.
Anyway Angie and myself met him at 6.30 am for a tour of the grounds and wildlife reserve. Things started slowly with him finding birds we'd already found ourselves then he started hooting/tooting and after a few minutes started getting a reply. To cut a long story short he hooted/tooted in a pair of ferruginous pygmy owls. 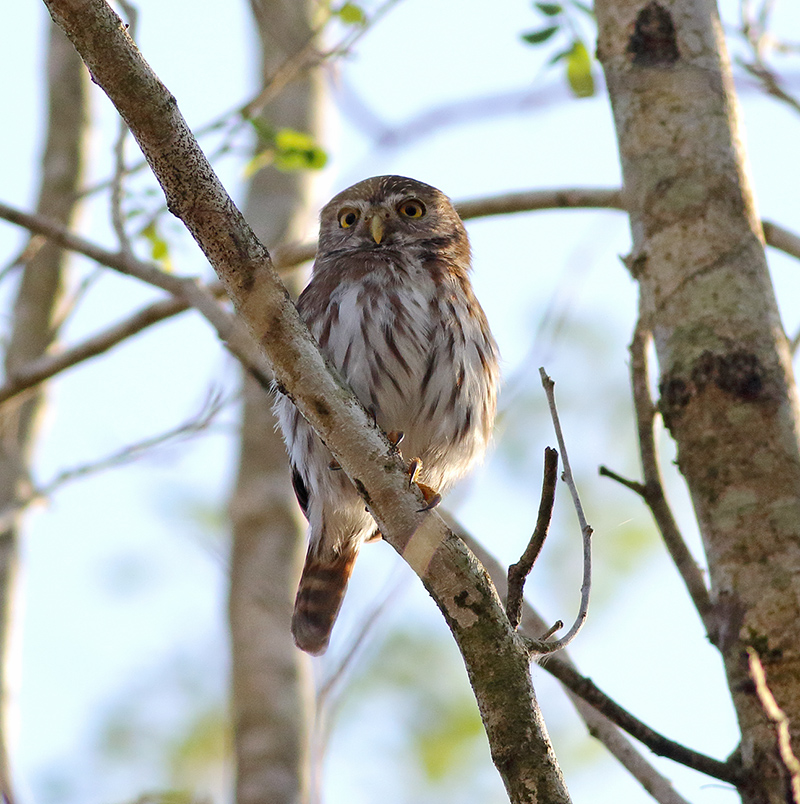 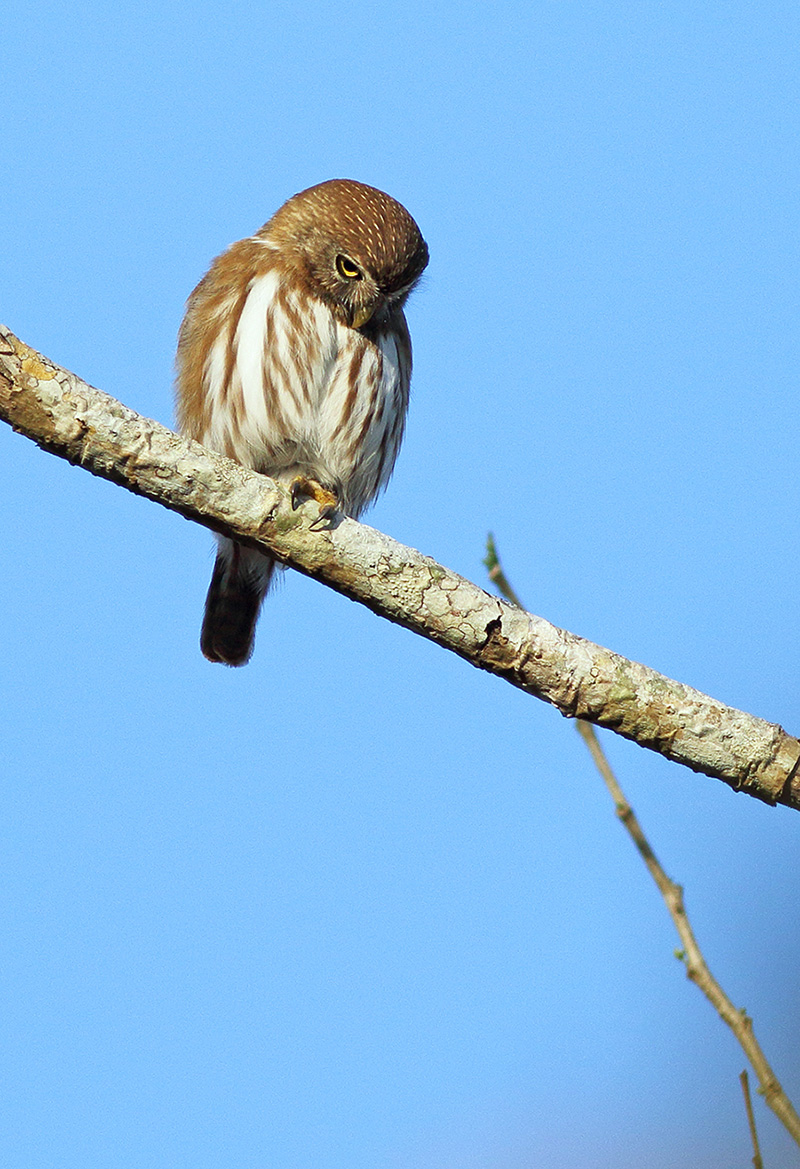 This actually took up a lot more time than it sounds especially as I wanted to get as close as possible and with the light from the most advantageous direction.
He also pointed out several "Yucatan" woodpeckers which were in fact more golden fronted woodpeckers (at the time increasing my confusion on the subject).
After that we went through the hotels large vegetable garden and down a track I hadn't found on my own - one of the reasons to hire the guy!


In the afternoon I retraced our steps of the morning and added masked tityra, tourquoise browed motmot and grey headed tanager. The resident black headed trogon also came past our chalet late on.
A feature of the area was that whilst the bird density was low walking the same few tracks threw up new species on just about every visit.

Birding took somewhat of a back seat during the next 2 days as we did a bit of touristy stuff. We had a lengthy tour of Chichen Itza itself entering the grounds around 8.00 am. This was excellent with loads of explanation of the ancient religion, the buildings and their significance. One sad fact was presented. Chichen Itza is one of the foremost Mayan ruins and whilst our guide spoke Mayan (taught by his father)  it is no longer taught in the local schools. Sad really. 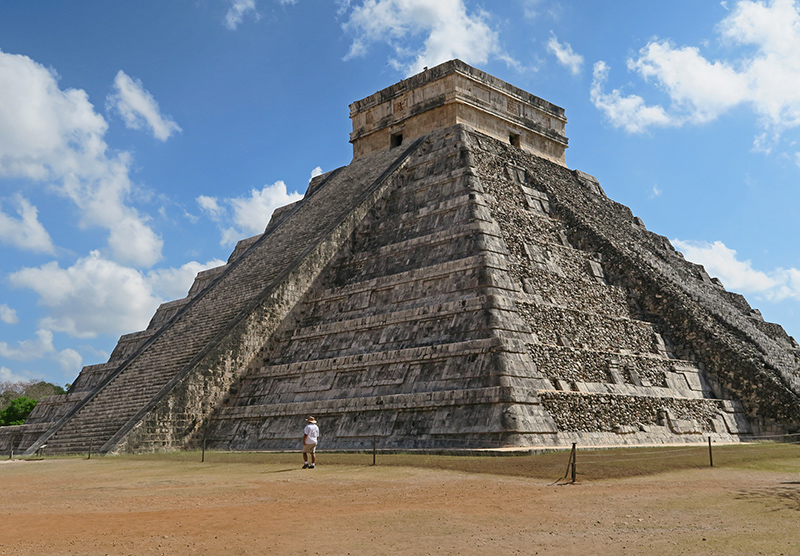 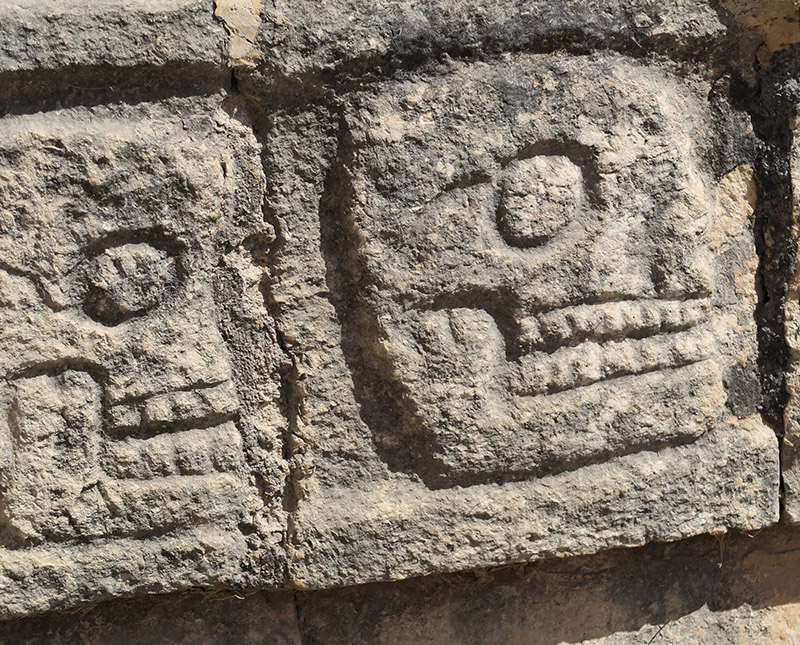 On the final full day at Chichen we went  along to Ik kil - a nearby cenote where you are allowed to swim (for a price). The water is some 60 feet below ground level, reached by stairs. The water is pretty cool and very deep - the sign said 50 meters.  It's strange the way swimming in 150 ft of water seems more worring than in 20 feet. 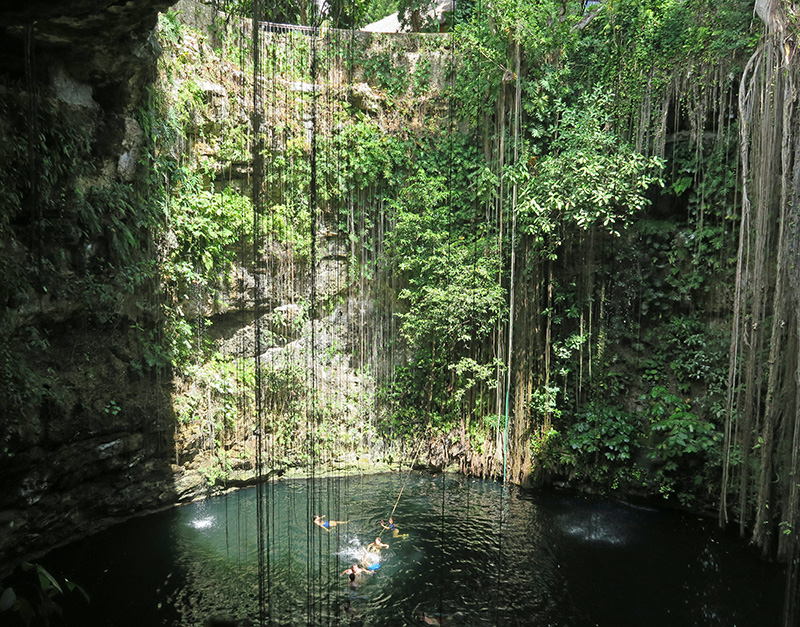 The rest of our time at Chichen I contined to go out both first thing (when I could)  and late afternoon but the number of new species found diminished everyday. Some I did find were yellow-winged tanager, rose breasted grosbeak, green backed sparrow, veux's swift, Ridgeways swallows and finally managed distant views of boat billed flycatcher.  Most of the time was spent trying to get better shots of what I had already seen.

I spent a huge amount of time trying to get close to the resident green jays finally getting some good shots on our very last morning. I also saw yucatan jay most days but as always happens our best views were returning from breakfast where a family group was around 10 yards from the footpath and completely in the open - needless to say I didn't have the camera.
I did rack up a few more patio ticks/photographs with the highlight being a very confiding turquoise motmot and got a lot closer to the black headed trogon.


Then it was time to return to the coast (Akumal) for the beach/bar/sun part of the holiday.

The Hacienda Chichen Itza is a delightful hotel. the staff were superb as were the guides they organised for our bird watching and Chichen Itza tours.
The birding was hard work though. Social flycatcher, both motmots, golden fronted woodpecker, Altamira oriole, green jay, clay coloured thrush's were quite common but hummingbirds were very hard to find due to the lack of flowering plants around the garden - though the very dry weather may have had an impact on the number of flowers present.

Posted by Greater Kent Birder at 17:06