18th March.
Due to the lack of activity at the feeders at Selve Verde it was decided to pay a visit to Dave and Dave's Nature Park which is famous for it's feeders and allowing you to get close to the action though it costs a whopping $40 per person..
We arrived at 8.00am and was told we had to go on the guided tour. There was little action around the feeders so off we went. Dave senior was our guide and he told us how the reserve was re-wilded from a plantation. Whilst the talk was interesting the walk wasn't very birdy with buff rumped warbler, orange billed sparrow, long billed hermit and white collared manikin being the only birds we saw - though I must admit we had great views of the manikin though it was very dark.

After the tour (which took nearly 2 hrs) we were told we could stay longer for an additional $20 per hour (each). This we declined because whilst standing around waiting for a cup of coffee it was clear that next to nothing was visiting the feeders though I did manage a few decent shots of the pair of jacobins visiting the hummer feeders.

Whilst waiting Dave Jnr told us that at this time of year (mid March) the feeders go quiet and a lot of the birds get down to breeding and look for more protein rich food............I wish they'd told us that before we stomped up $40 each.
After the tour I had another couple of turns around the grounds of Selva Verde getting some improved shots of red-throated ant tanager, grey capped flycatcher and great kiskadee and record shots of stripe throated hummingbird.

In the evening we went on the night tour of the rain forest where we saw a number of frogs and bugs including bullet ants - which are absolute beasts and not to be trifled with. 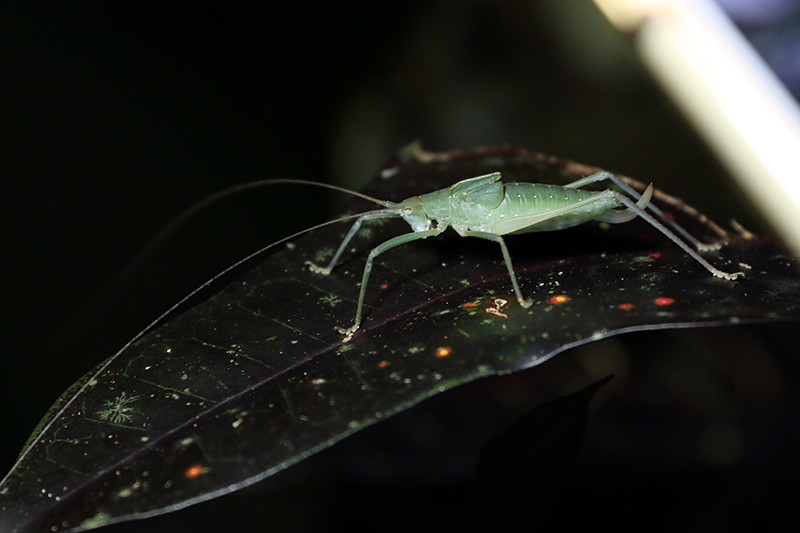 Our last morning I tried my luck in the grounds across the road from the main site where I saw several new species but most were in the tree tops and I only managed record shots at best.


Despite being woken by them at 5.20 every morning I only  managed distant shots of howler monkeys. 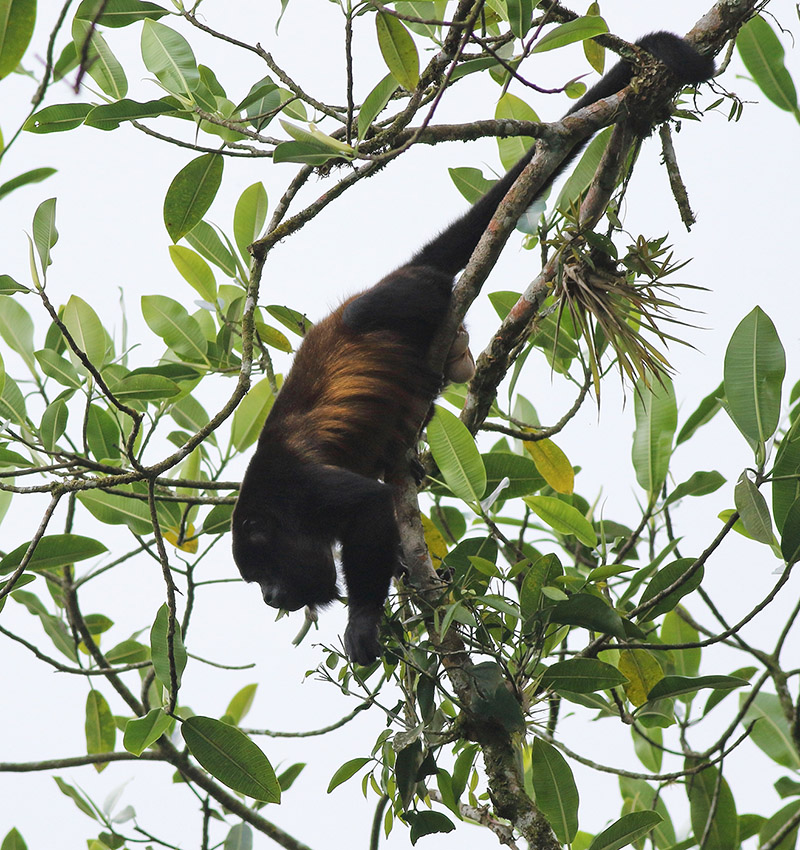 Overall I was a little disappointed in Selva Verde, especially the feeding stations and very disappointed with Dave and Dave's though it seems we may just have got the timing wrong.
Posted by Greater Kent Birder at 18:10