We arrived at Savegra late afternoon on 19th March and booked the early morning quetzal tour for the next day.
Getting up at 5.00am was a bit of a shock to the system as was the temperature - it was absolutely freezing. We had all got sweaters, fleeces etc but no one had thought to pack gloves. A significant oversight.
It was still dark when we met our guide Melvin Fernandez who was brilliant, endlessly patient and is  acknowledged as a contributer to  "The Birds of Costa Rica" by Richard Garrigues et al. For the first hour it was slow to say the least with only a few quetzal calls to keep up hopes but then a male, showed distantly and Melvin was immediately onto it with his scope. Eventually there were 2 males in the area which not only provided better static views but also some fantastic flight views.
The birds were always a little too distant for the shots I would have liked but for those with iPhones Melvin took shots through his scope - remarkably good they were too....on the phone; not so good on the computer. 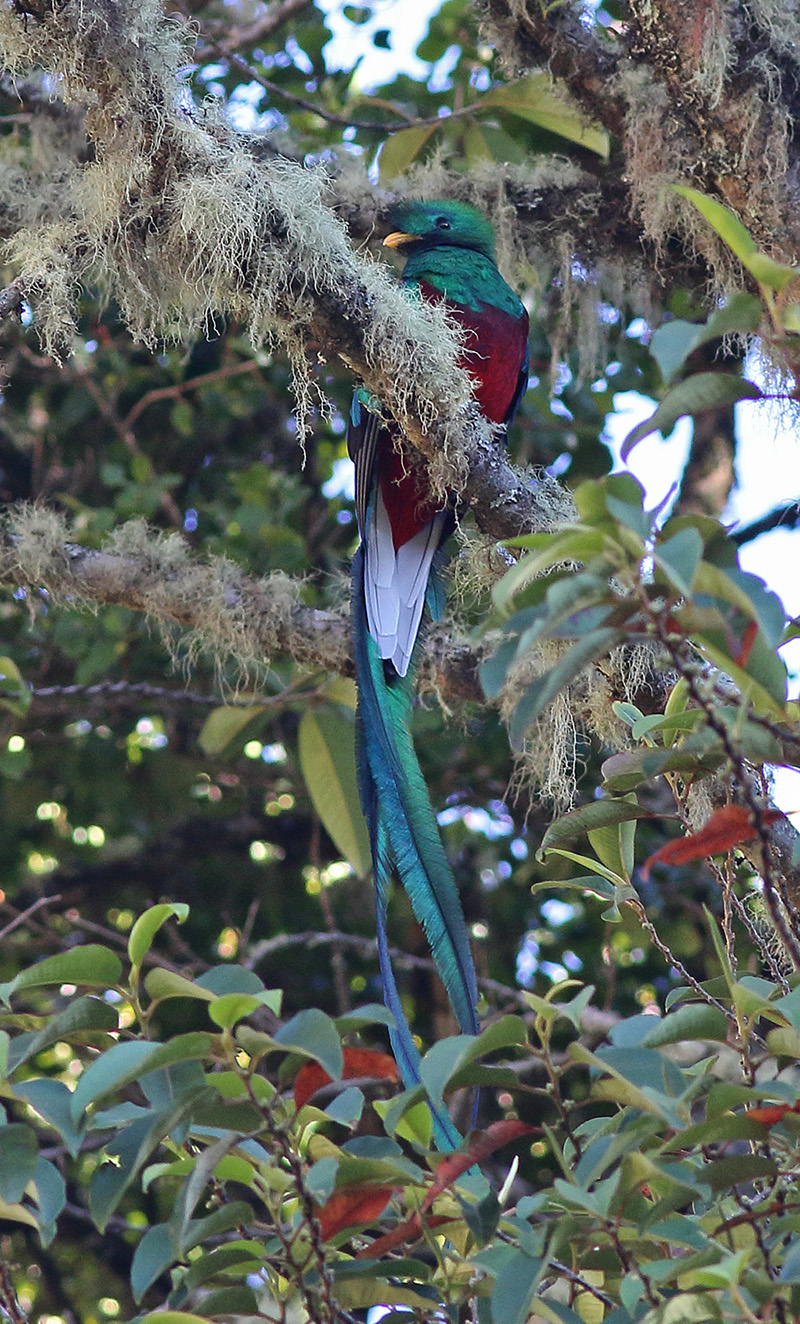 Also seen whilst we were waiting was mountain thrush (no picture), black guan and a real bonus in the form of a bicoloured hawk.


On returning to the lodge Melvin parked up at his house (in the lodge ground, up the hill behind the barns) and showed us his bird feeding station inviting us to use the place whenever we wanted. I went there quite a lot. There is a box for donations to help fund the station and he has a copy of the Birds of Costa Rica hanging up for anyone to use.

(Very) High overhead as the day warmed up were numerous vultures, red-tailed kite and very distant white-collared swift. Lower down were resident blue and white swallow who also could be found perched on the wires near Melvin's feeders.

We only had rain for around an hour during our second day at the lodge but even this period productive as we sat outside our room photographing hummingbirds some 8 yards away using the flash. In addition a spot-crowned woodcreeper landed on the tree you can see in the picture below.


I'll do a separate posting on the hummingbirds and one on our walks outside the hotel grounds.
Posted by Greater Kent Birder at 15:03