We only had 3 nights at Savegra ie 2 full days. During that time there were 3 places outside the garden I/we explored - the river that runs past the hotel, the heavily wooded area around the sewage treatment plant and up the hill along one of the tracks/hiking paths.

The river walk was not that productive with respect to new species though I flushed an osprey (which was somewhat of a surprise since we were at 7,200 feet) but yellow-bellied elaenia, tropical kingbird and torrent tyranulet all posed for the camera - the latter being particularly pleasing as it was the reason I wanted to look at the river.


The wooded area around the sewage plant started only 20 yards from our room (didn't smell at all). It was incredibly dark in there but as a soon as I went in I found a ruddy capped nightingale thrush. My photographic attempts were a total failure due to it being so dark so I fitted the flash and stood quietly hoping it would return.
Within a few minutes a pair of chestnut capped brush finches turned up but disappeared before I could get a decent shot. The noise of leaves being scratched revealed a pair of spotted wood-quail which totally ignored me photographing them (flash) and eventually came with 10 feet or so - too close to photograph. 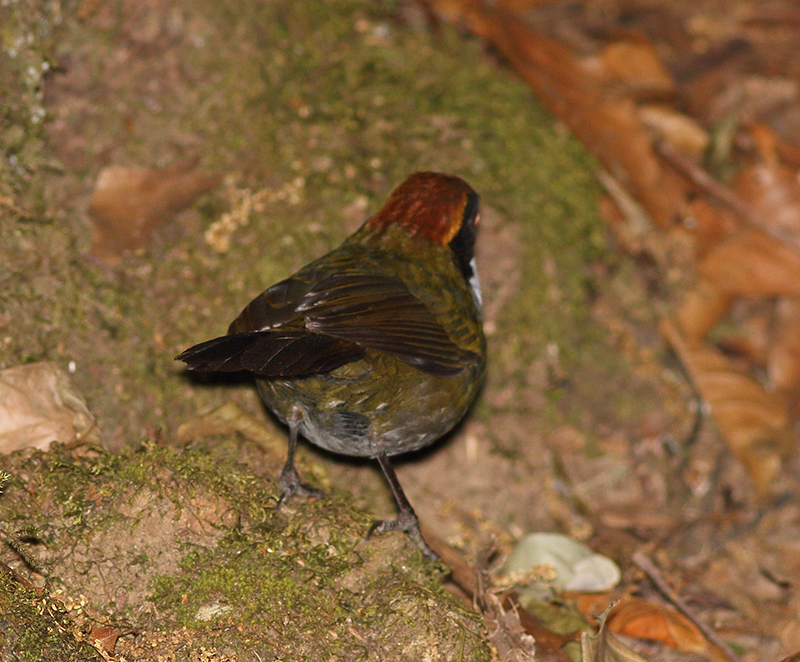 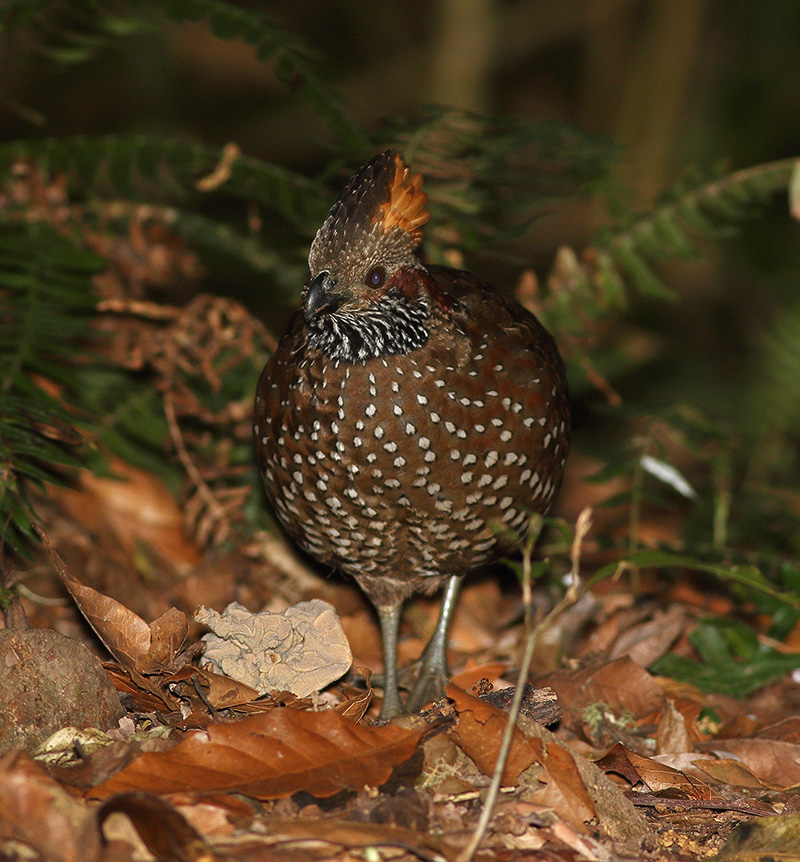 Soon after a grey breasted wood wren hopped into view and again came incredibly close. A pair of collared redstarts called the area home but they were really difficult to get decent shots of.
The ruddy capped nightingale thrush did keep coming back and eventually I got some decent shot of him as well.

A second visit was not so productive yielding only the collared redstart and the nightingale thrush though during this visit several other groups came wandering through with their guide.

The walk up the hill was undertaken by all 4 of us. There is a farm track that runs uphill out of the hotel complex and as you exit the hotel grounds a map shows 3 marked walks/hikes of varying length which branch off this track. We had intended taken the middle length walk but it took us so long to get to the first trail (the shortest one) we just did that.


The track up the hill gave us good views of a number of new species and I managed shots of some description of most of them. Actually if I don't get a shot I can't id the bird with any certainty so in general no shot no tick.
The side trail was very narrow and birding from this a lot more challenging.


Our outing was cut short somewhat because it started raining lightly and as we had no wet weather gear we decided to go back to base. This was just as well because soon after we reached our rooms the heavens opened and torrential rain fell for an hour or so. This was the only rain we saw in the 16 days we were in Costa Rica  so we can't complain.