I found 5 species of hummingbird at Savegra lodge all of which could be seen around the feeders at Melvin's feeder station but most could also be found with a bit of effort around the gardens in more natural settings. Very few were seen outside these locations though we did see one or two (nothing new) during our river walk.

White throated mountain gem.
Whilst not that numerous the male was particularly easy to photograph because one "owned" a bush with it's own feeder right by the entrance to the restaurant. He was very used to people standing close by because it was where the coaches dropped off/picked up. I spent quite a lot of time near him because there was a tree close by that long-tailed silky flycatchers liked to use as a perch. 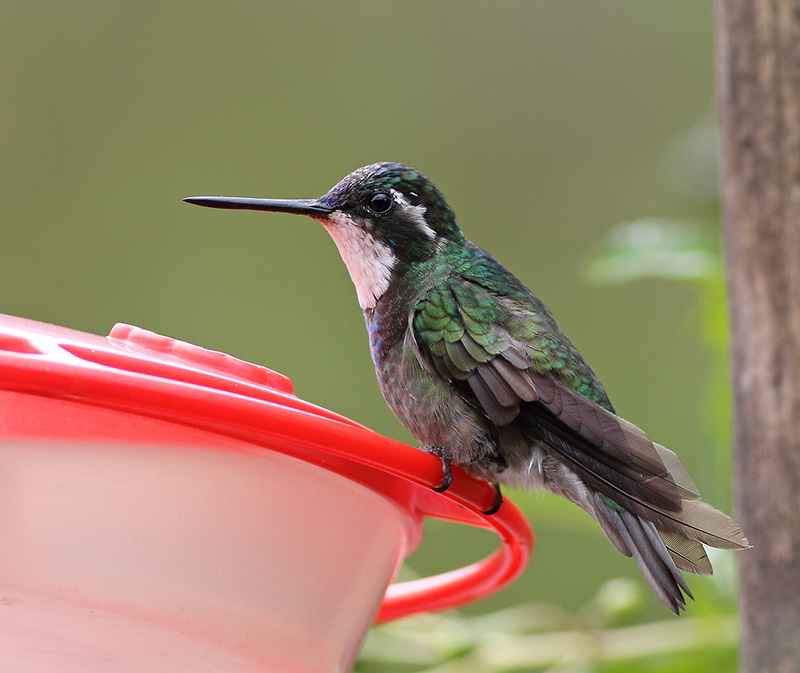 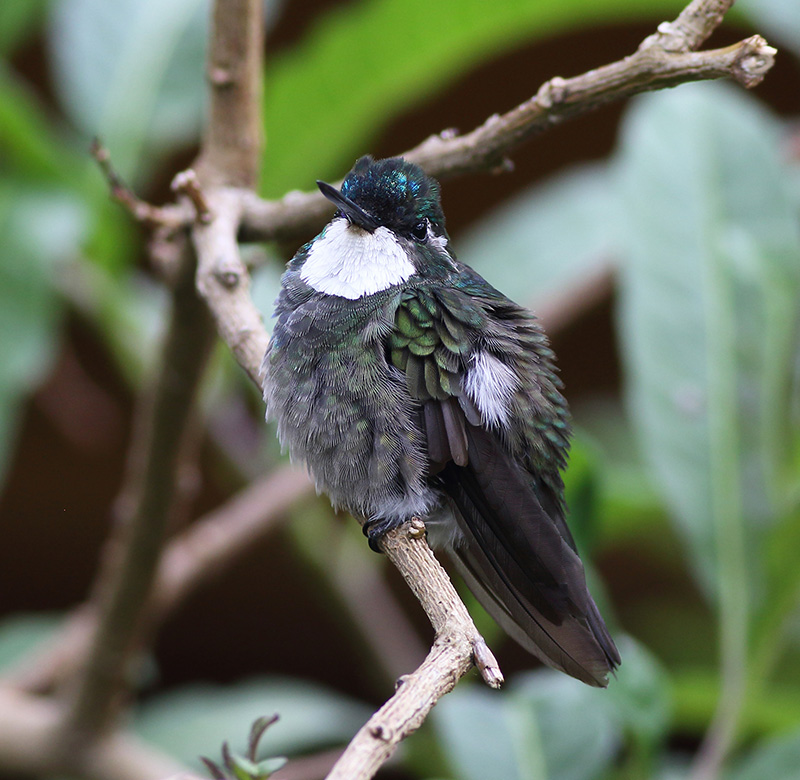 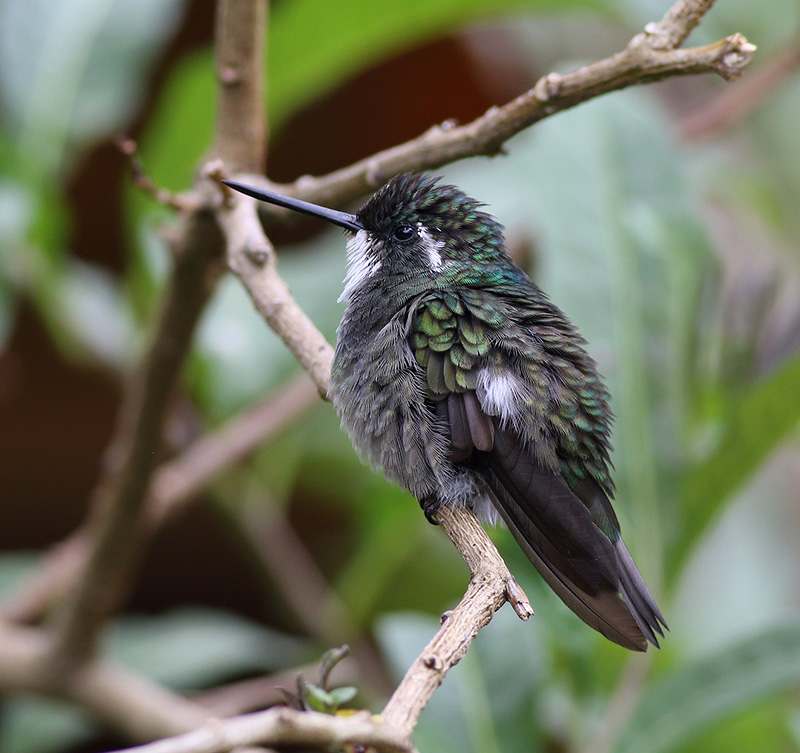 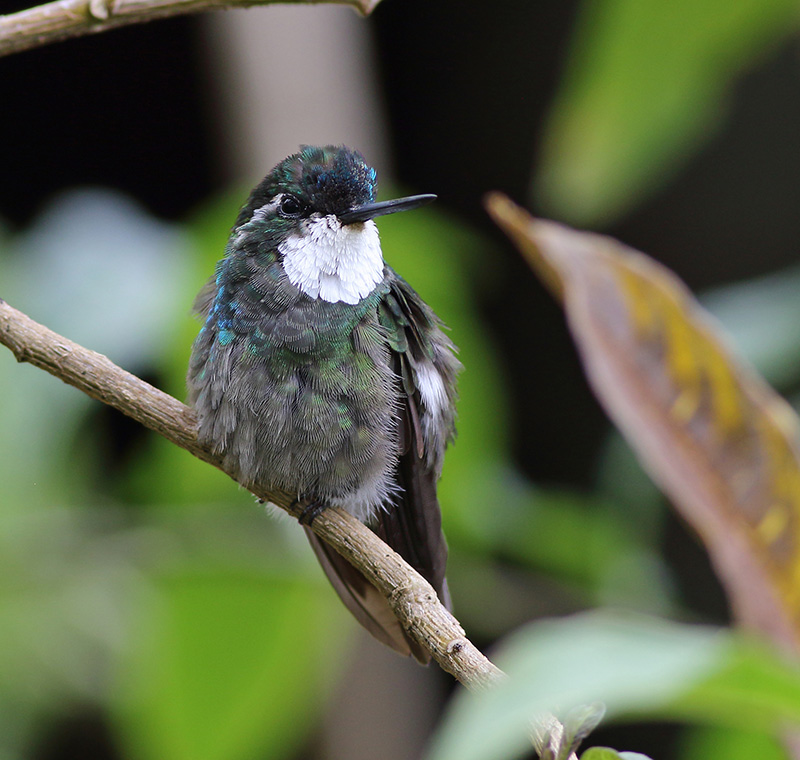 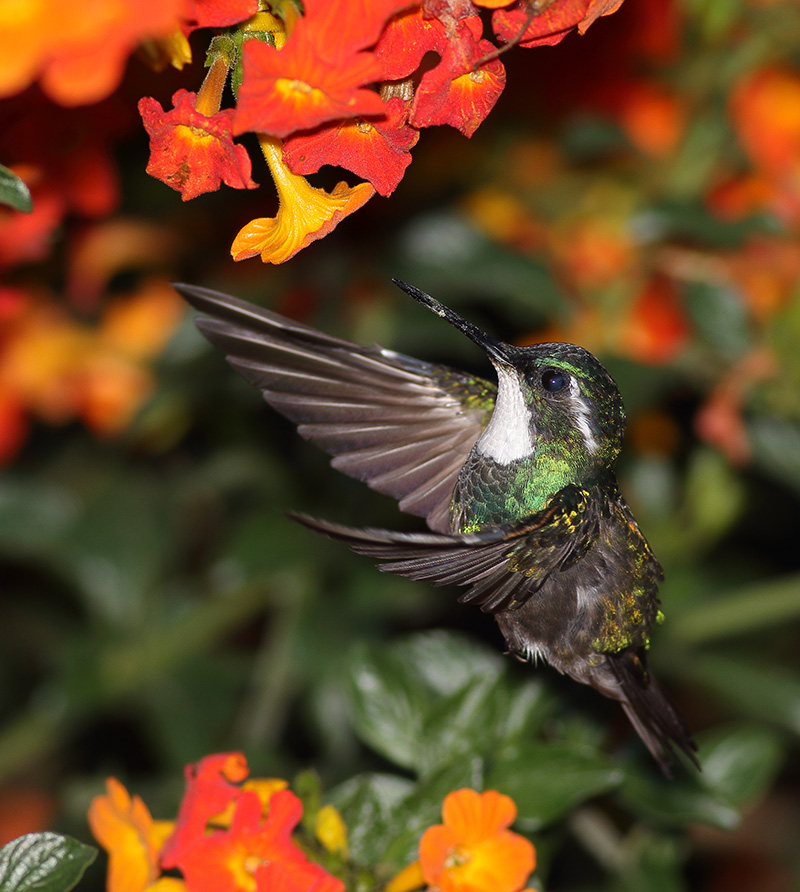 The female was a lot more difficult to get shots of because they rarely visited the feeders though one did put on a tremendous show during the rain storm we experienced on our second afternoon. This bird would hide in a bush close by and sally out to a red hot poker just outside our room as the rain eased (relatively) then retreated back to her bush when she had had her fill or the rain got more vigorous. 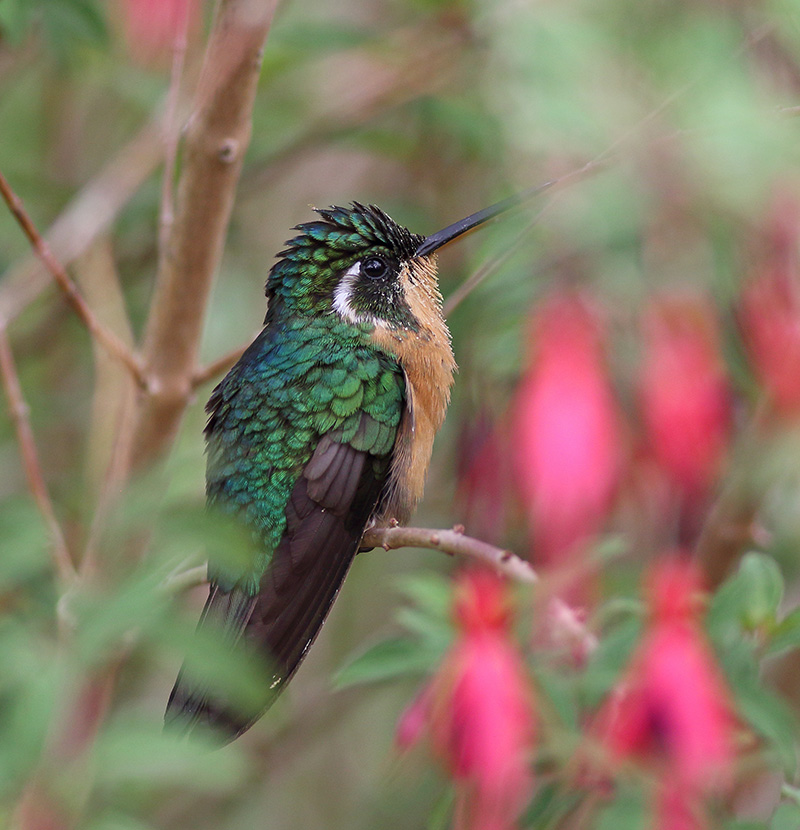 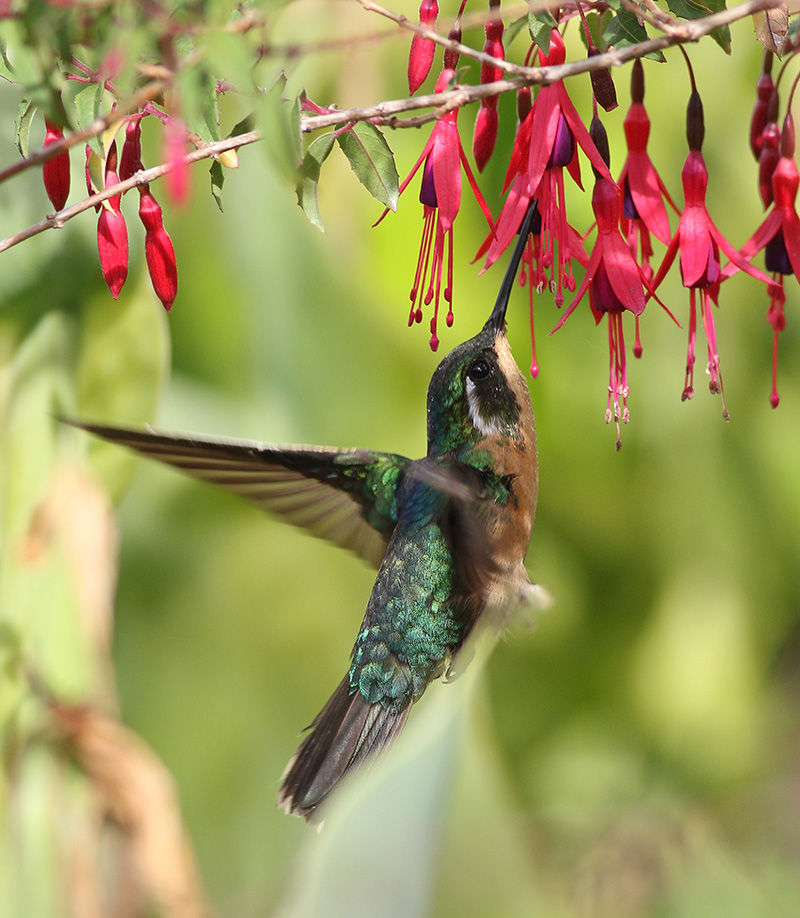 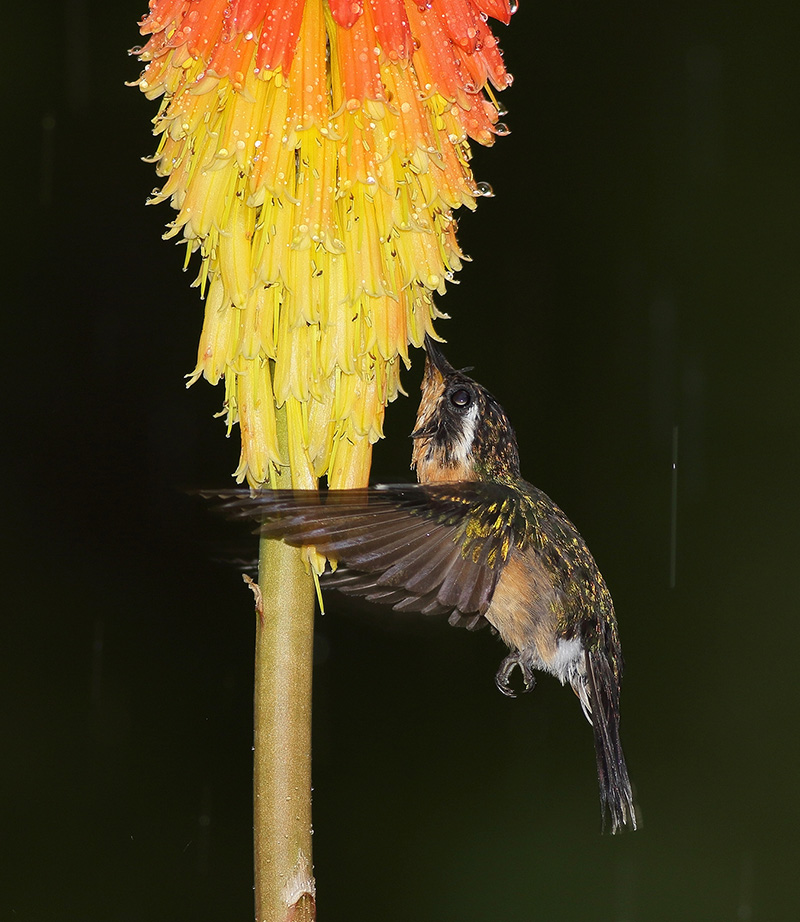 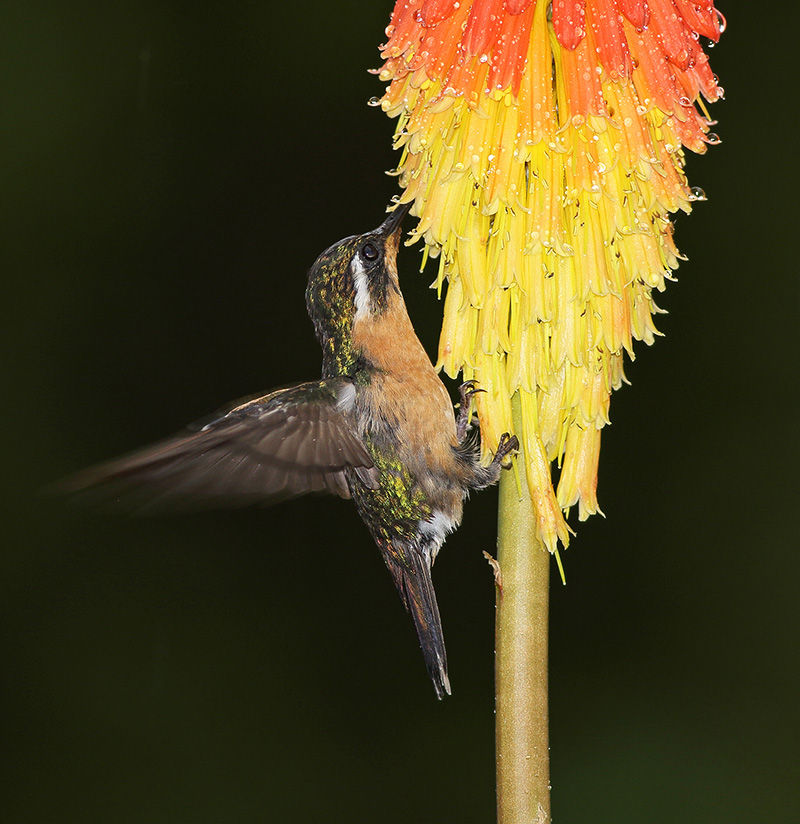 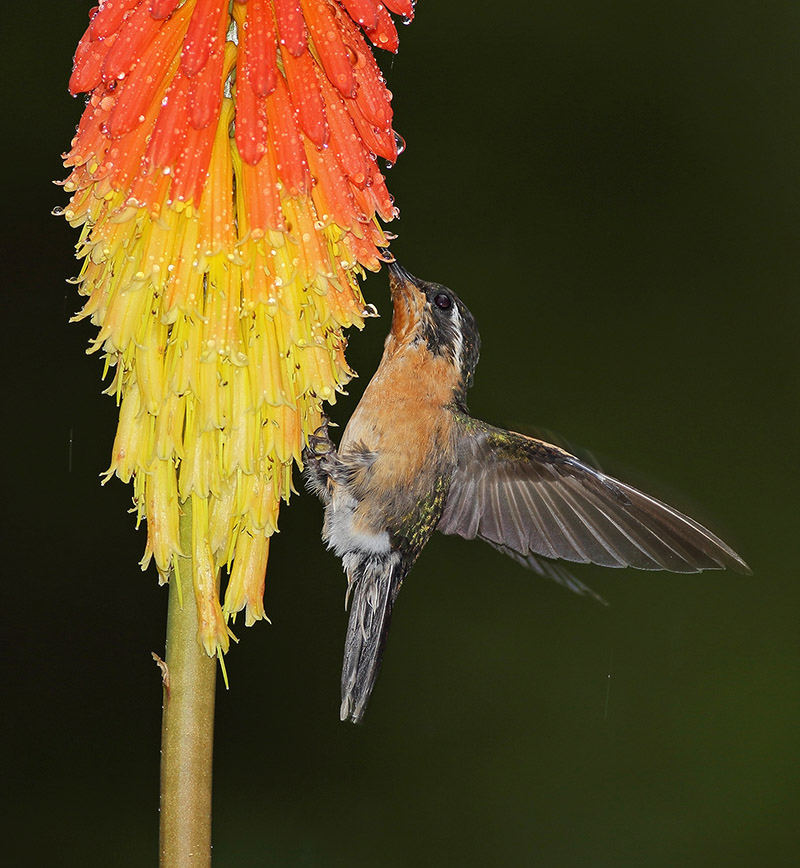 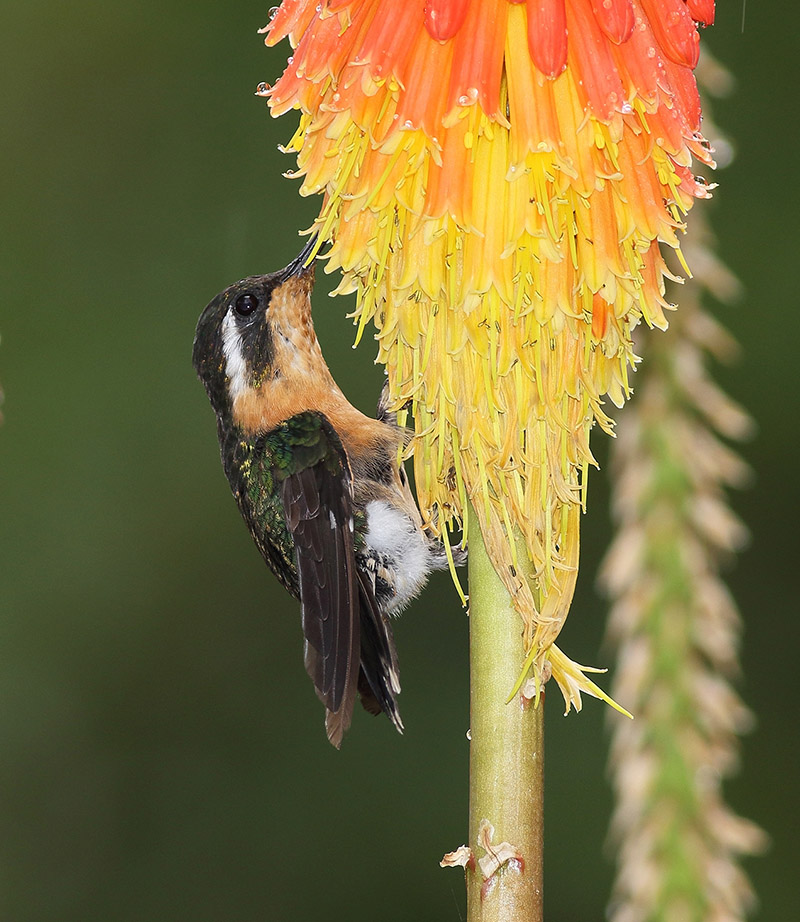 Scintillant Hummingbird.
These were incredibly frustrating. They are very small, they are very fast, they tend to get chased off the feeders and the only ones seen were females. Don't get me wrong, many female hummers are beautiful but female scintillant and female volcano hummingbirds are very difficult to tell apart. In fact confidence is low on my ability to do so. What made it even more of a problem is that I didn't see a single male (easy to differentiate) of either species at Savegra. How do I know I saw a scintillant? Well Melvin Fernandez (our Quetzal Guide) told me whilst I was at his feeder station and I fluked a single shot where the tail could be clearly seen - the way to differentiate them. 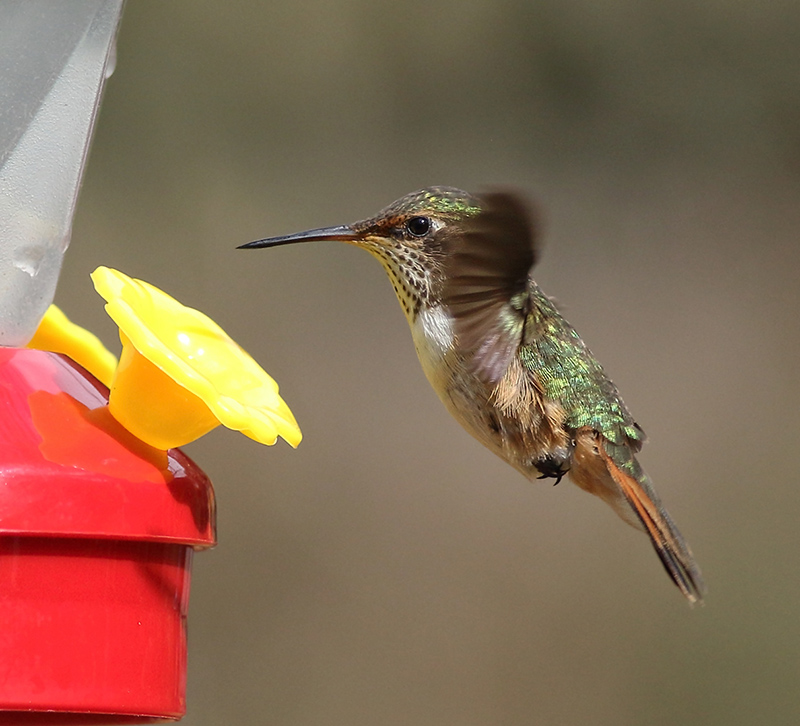 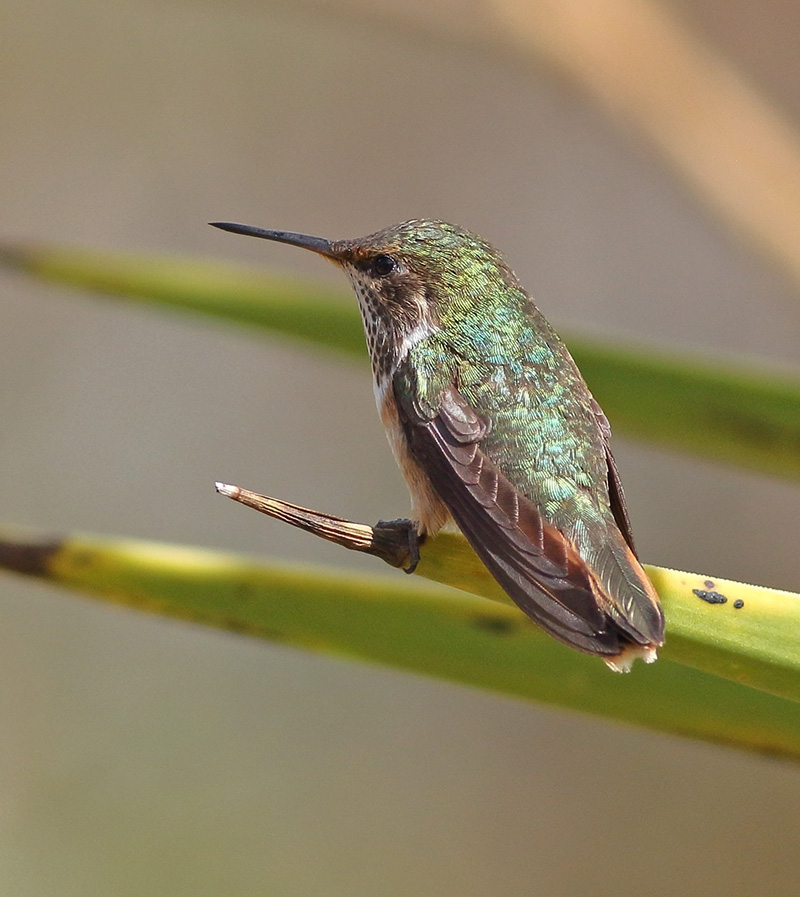 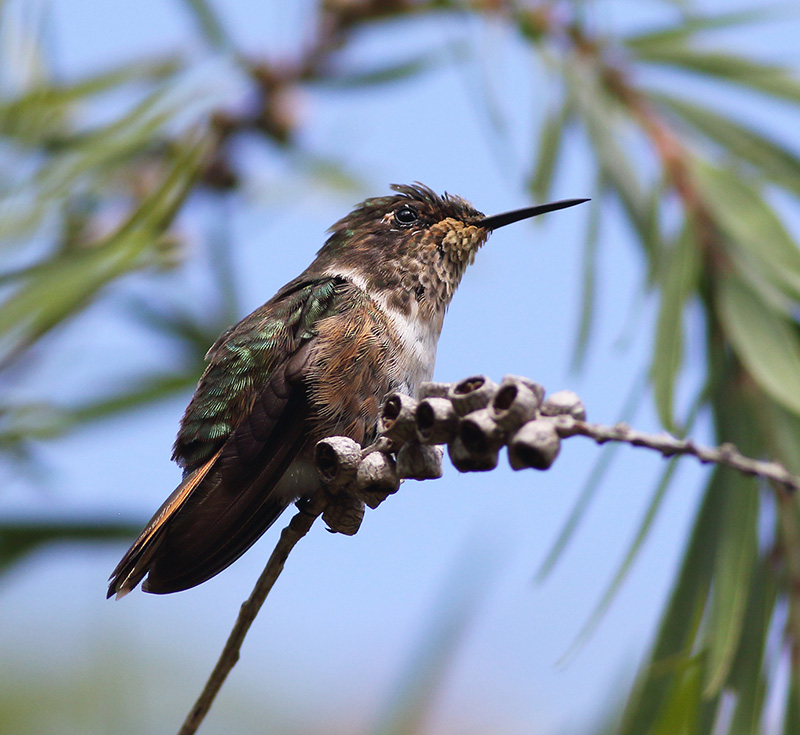 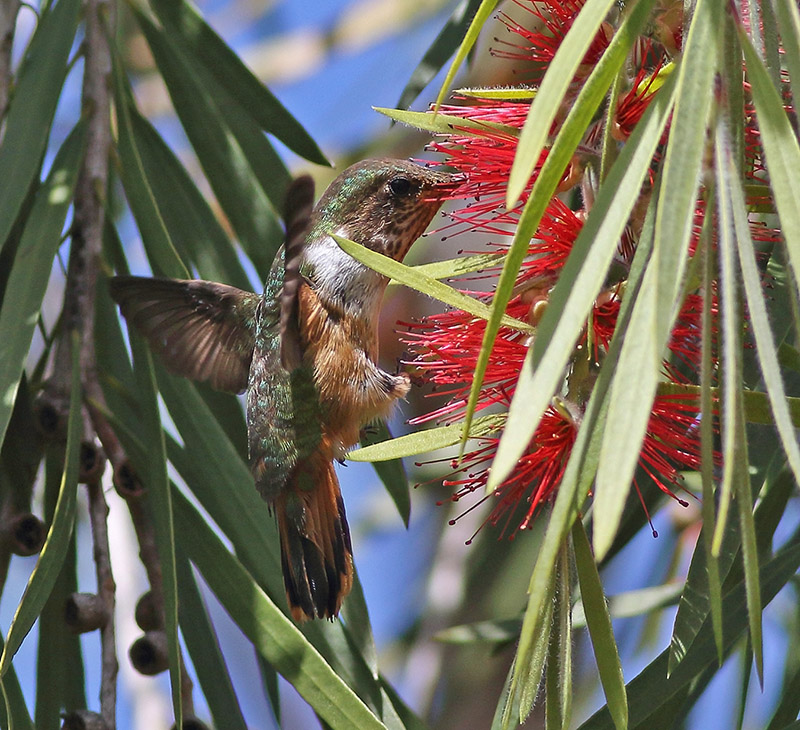 I do have a couple of shots that could be female volcano but it could have been a juvenile scintillant. I've not found the internet very helpful with pictures of the two species looking identical to me.

Stripe-tailed hummingbird.
Another difficult/frustrating species. Like the scintillant they got chased off the feeders almost instantly and tended to fly away rather than perch up close by. The other challenge was to try and get flight shots where the tail was open. I spent far too much time trying and in general failing to get good flight shots of these.

Green violetear.
A very common and easy hummer to get images of perched birds either on the feeders or on a more natural perch because they were very protective of their feeders and when not feeding would stand guard close by
Because they were always around I tended to ignore them and now, at home, I find I didn't actually take that many shots. 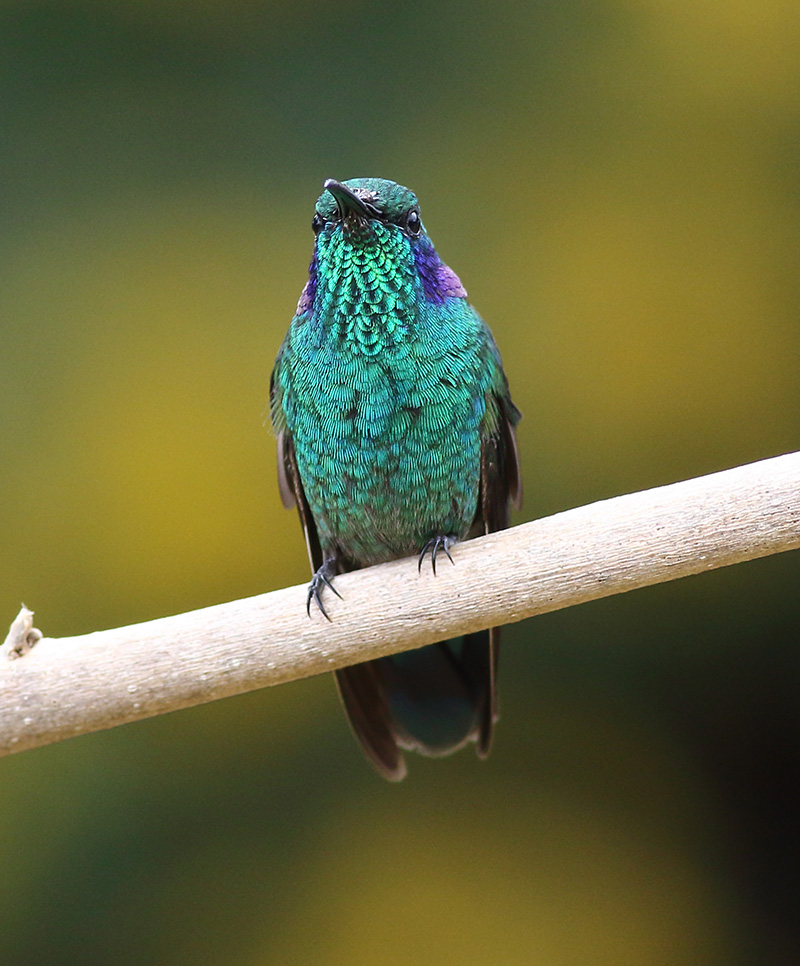 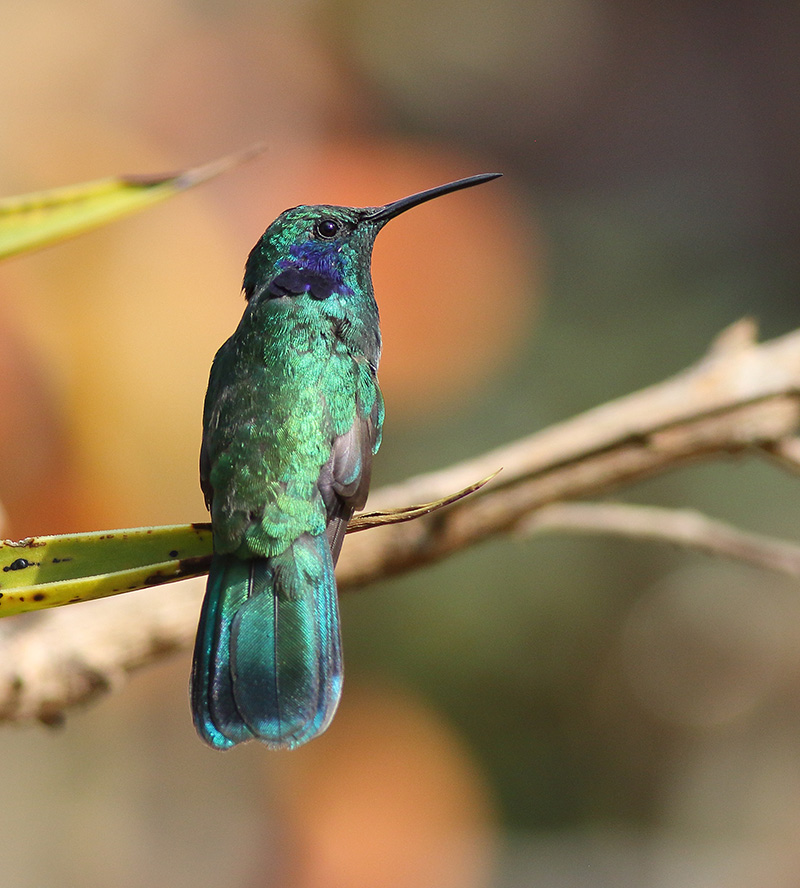 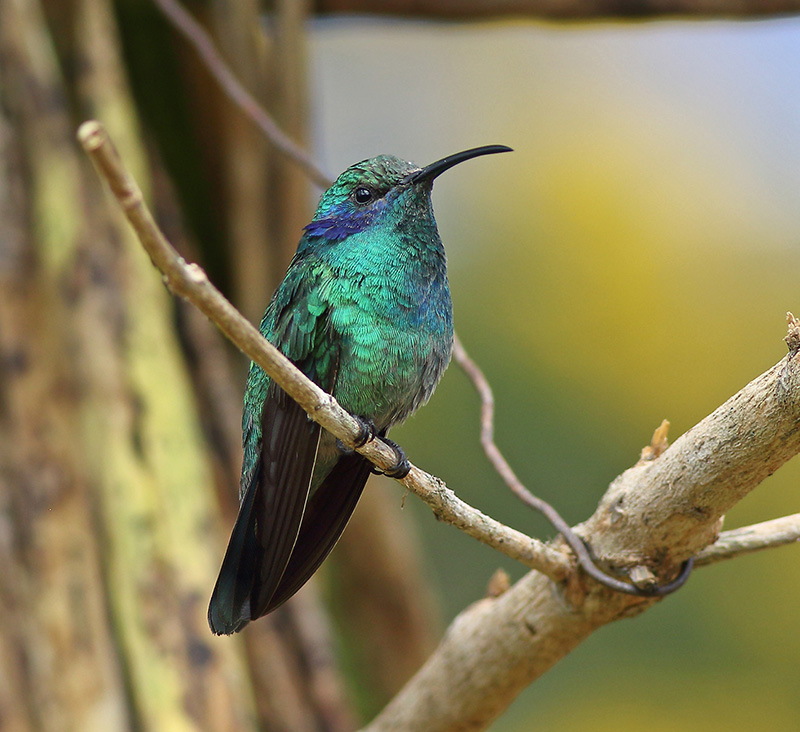 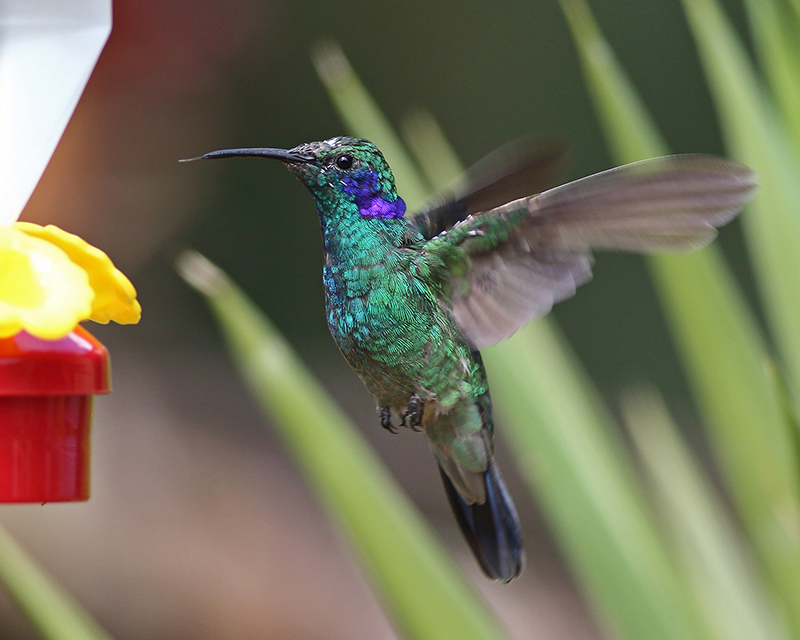 Magnificent Hummingbird.
Another very common hummer and, being the largest, relatively easy to photograph. It hung around the feeders and perched close by when not feeding. I spent a lot of time on these trying to get the ideal shot of the male with it's colours shining forth and flight shots but took very few pictures of the female (which I realised when putting this report together) 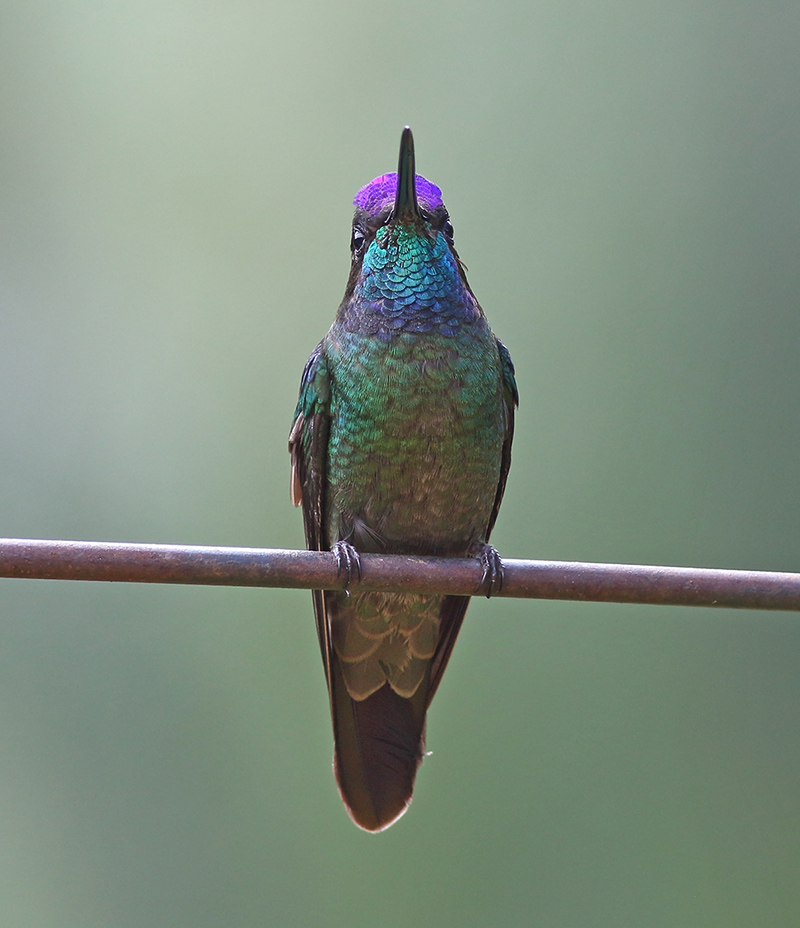 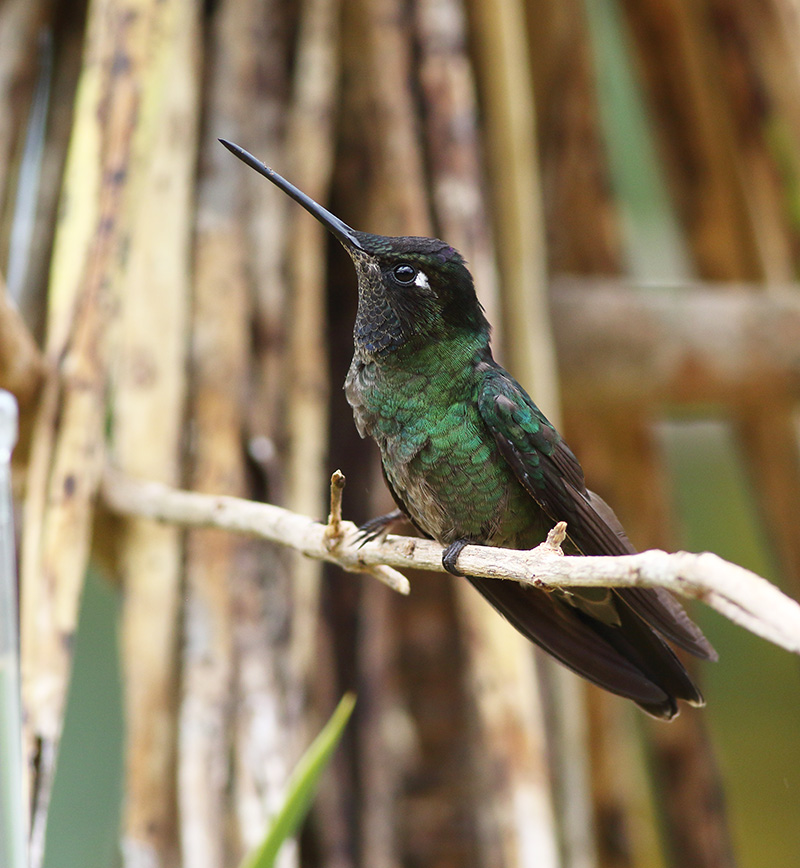 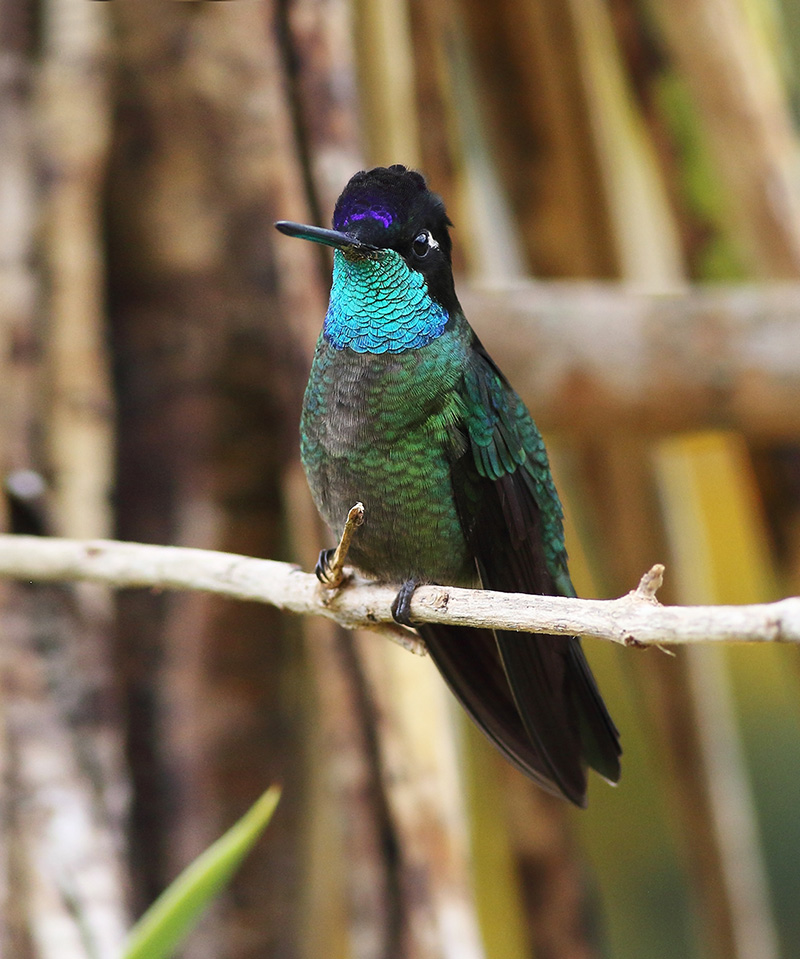 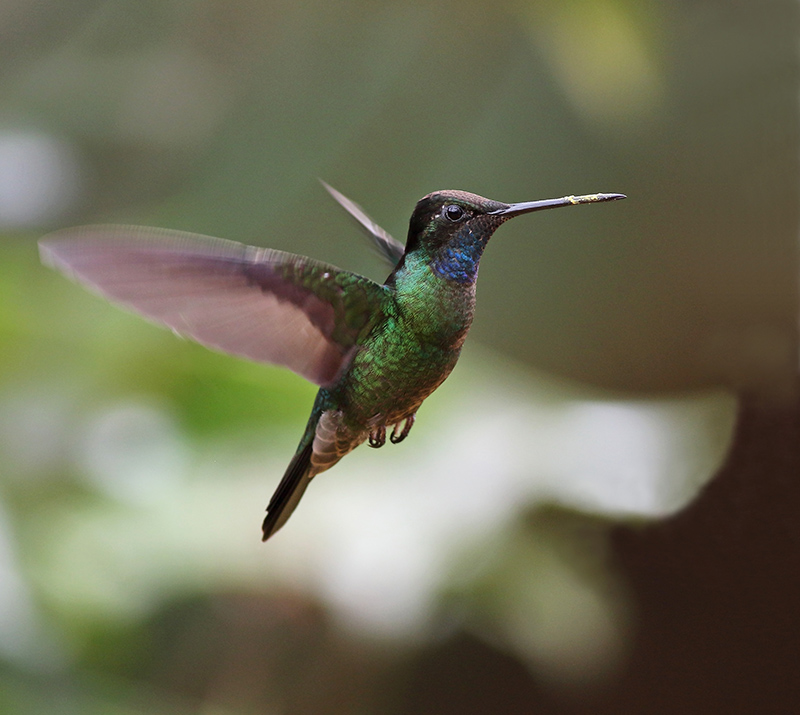 Hummingbirds are superb subjects though a source of endless frustration.
Posted by Greater Kent Birder at 23:12