Our last port of call was Punta Leona near Tarcoles and Carara National Park. In the planning stage I had looked at Villa Lapas and Cerro Lodge. Both looked great for my needs (ie birding) but neither seemed suitable for less bird-nerd members of the party - the wives.
Due to changes in flight schedules (winter to summer timetable) we had to do 6 nights at our last destination (or 2) so I had to find somewhere that was a bit more of a holiday resort. Punta Leona seemed to fit the bill.
Punta Leona is a vast gated community/estate with several residential areas and 2 main hotels - Hotel and Club Punta Leona and Hotel Arenas. It's 4km from the gated entrance to the hotel area through forest and up and down some pretty steep hills. The accommodation area of Hotel Punta Leona has it's own pool, bar and restaurant and there is another pool, bar and restaurant down by the beach. The beach itself is public. We were there the week before Easter (we departed on Easter Saturday) so it was busy, very busy, and around the main pool it was a bit Club Med. The small pool near the accommodation was a lot quieter
Hotel Arenas was several hundred yards down the hill from our residence and any less would have been a disaster. Think Club 18-30 (if that still exists) with thumping music playing all day. Fortunately the 5 story accommodation at Arenas surrounds the pool where the music is played so dampened down it's assault on the ears somewhat.
Anyway our rooms were very nice, right on the edge of the residential area, and we could park within 10 yards of the door.
The only trip booked up for part of the holiday was a private "Birdwatching and Photography River Tour" with Victours ( http://www.victourscostarica.com/) the rest of the time was open though Pete and I intended to go to Carara National park. The ladies would have a spar day whilst we went to Carara.
Hotel Punta Leona lays on free, guided birdwatching walks every morning so we signed up for that in the hope we would be shown a few trails around this vast estate.
We met our guide at reception the next morning (along with the other participants) and the guide handed out illustrated booklets of the birds that could be seen on the estate and whenever he pointed out a bird he would tell you what it was and what number is was in the booklet - a superb idea for the total novice. All of this is very positive. The negative side was we didn't really go very far, only a couple of hundred yards from the reception area, and the tactics adopted was to set up the scope in an open area and scan the surrounding trees for avian life. We did see quite a few species but nearly all were scope views. More importantly it gave me no real insight as to where I could bird the rest of the week. Still it was free.
The tour didn't provide many photographic opportunities and most of those were very much of the "record shot" variety:-


The one exception was streaked flycatcher where a pair was busy on the wires and trees just opposite the main reception:

The resort does a lot of work with scarlet macaws putting up nest boxes (which look like small dustbins) which whilst unsightly seem to be doing the job because the macaws are numerous and can be seen all and heard all day long. 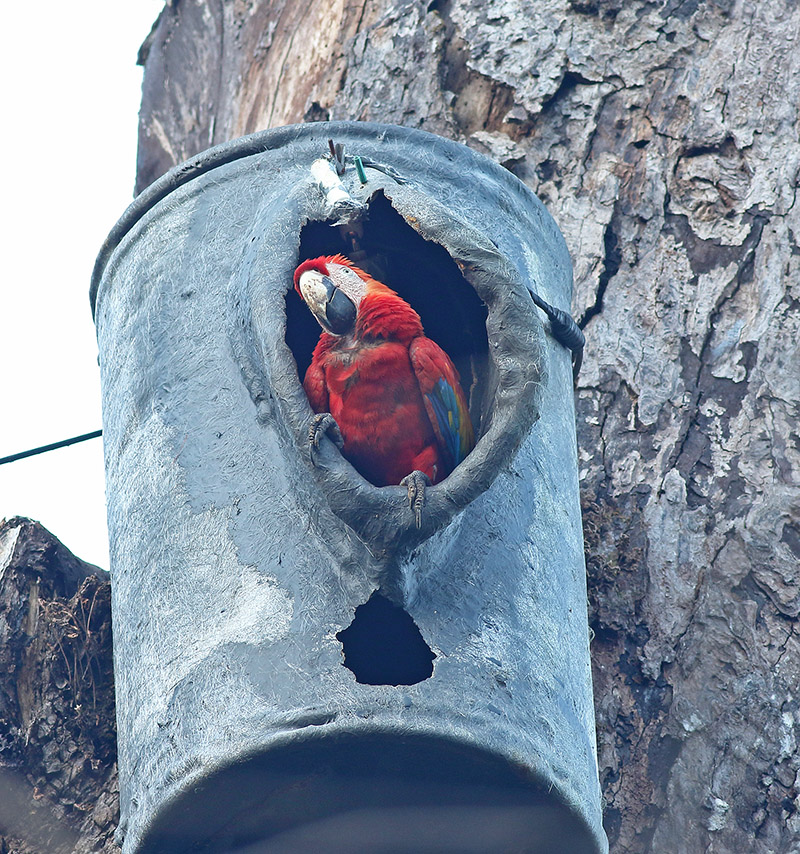 After breakfast the ladies retired to the pool and Pete and myself drove down to Tarcoles itself to have a look at a few places I had read about and have a walk along the beach trying for some waders.

We found one wetland area were a number of species of herons species were feeding - great white egret, snowy egret, white ibis, roseate spoonbill - but this was quite distant so no pictures. The second wetland I had read about was completely dry so we went straight to the beach.
By now it was probably 11-ish,  really hot and the sun was hideously bright for photography. For the first few hundred yards we saw very little other than a few royal terns off shore and the odd frigate bird. 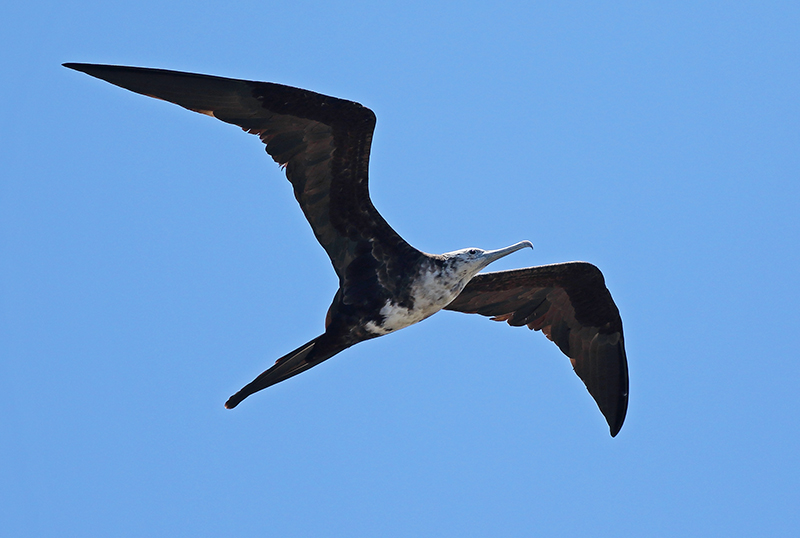 Eventually we found a lone whimbrel and a few sanderling on the beach - a long way to go for those!

We were about ti give up when spotted a couple of lagoons behind the beach that must get filled at high tide and around these we saw 20-30  waders.
Although distant it was easy to pick out Wilson's and semi-palmated plover. 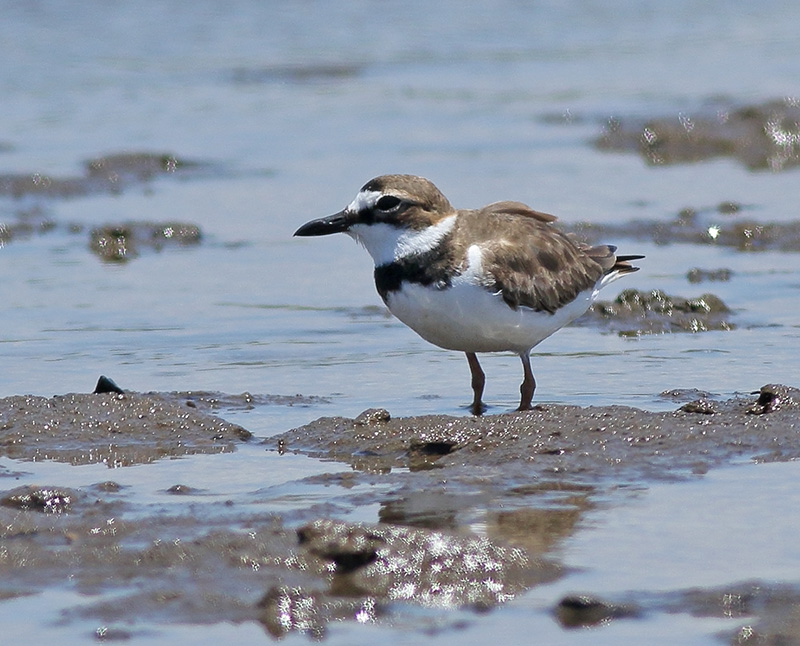 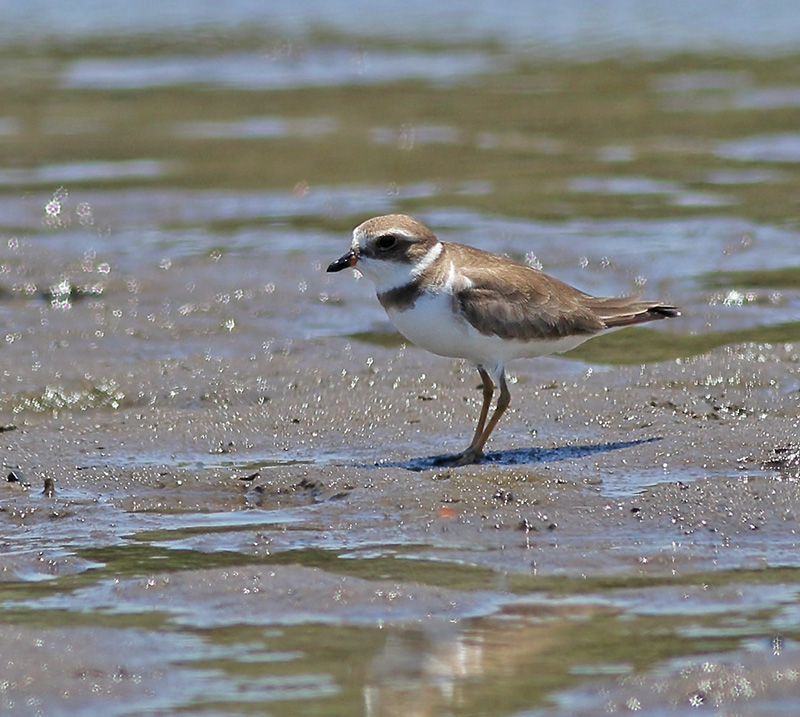 Equally easy was least sandpiper due to their yellow legs. 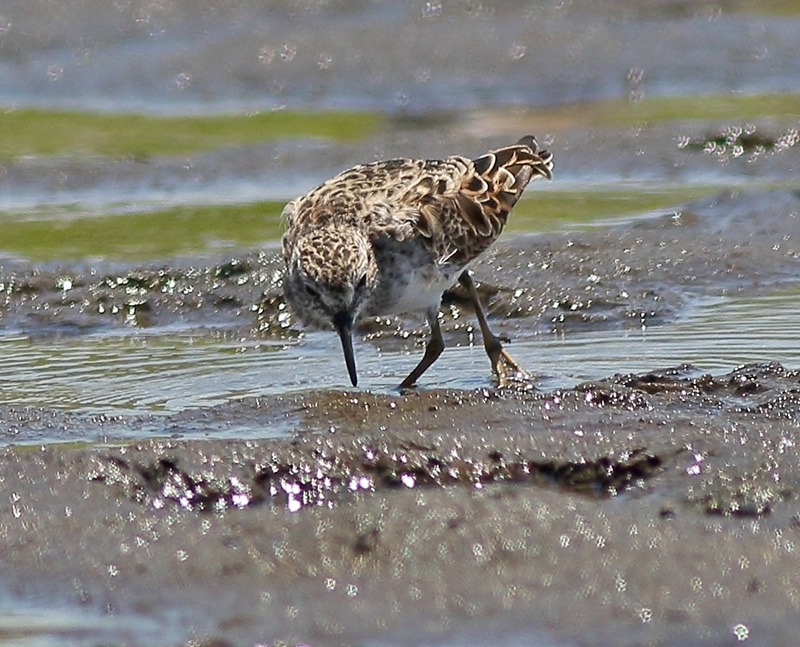 More difficult were the 2 small black legged waders so I spent  some time trying (and failing ) to get close to them to get some photographs to enable me to work out the species at a later time.
As it was the only one I got even record shots of was the western sandpiper, I assume the other was the semi-palmated sandpiper. 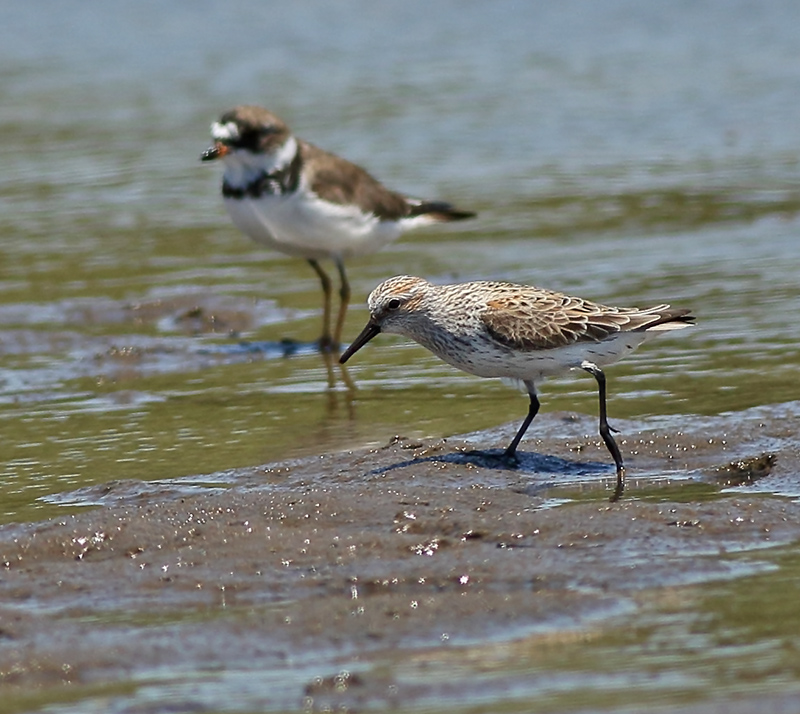 The sun and heat soon got the better of us and we retreated to the aircon of the car.
On the return journey we stopped off at the bridge of the river in Tarcoles town (this is not the famous crocodile bridge, just a small bridge over a stream) and spotted a bare -throated tiger heron on the far bank. We managed to get quite close and departed without flushing it. 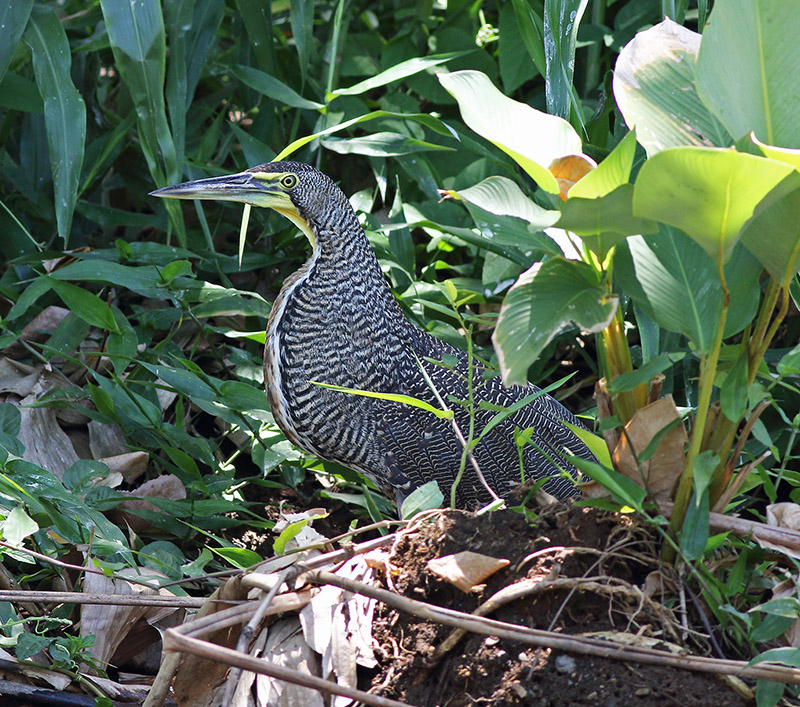 In the afternoon we all had a walk down to beach we found Hoffman's woodpeckers nesting right beside the path onto the beach and I spent a bit of time with the macaws. 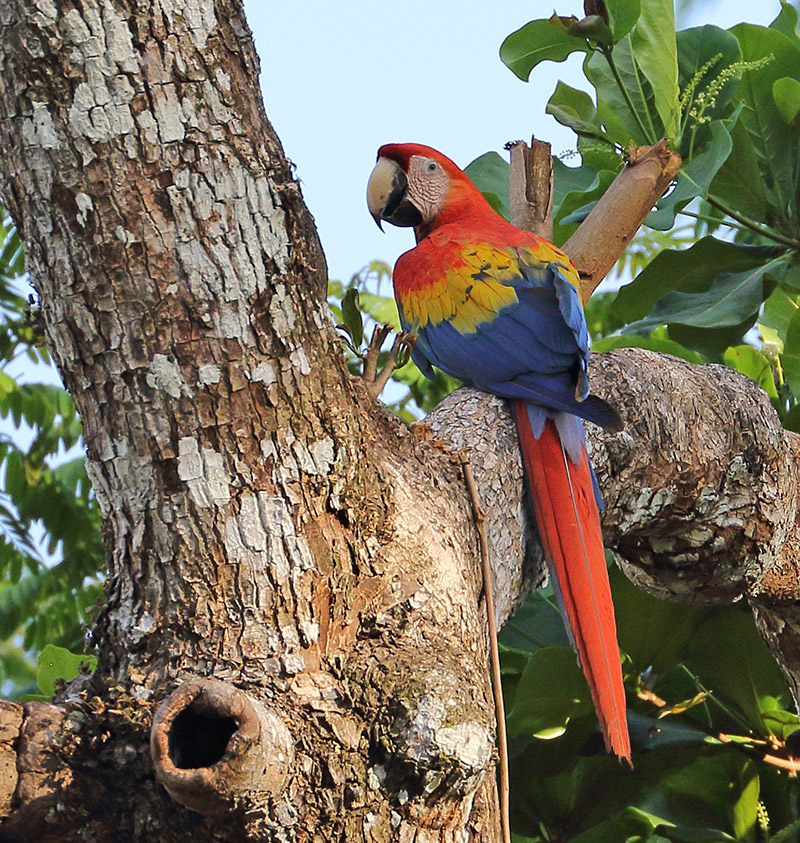 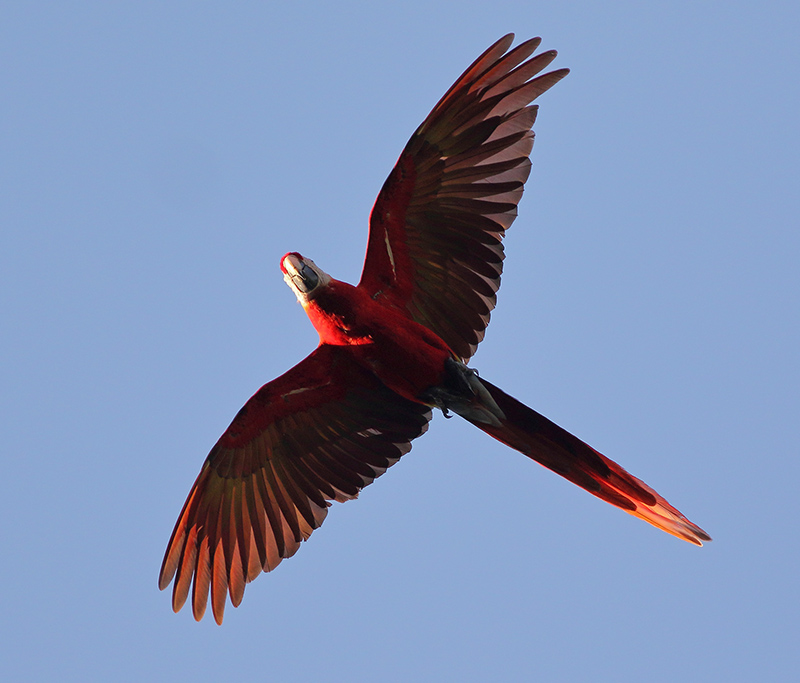 Then it was off for another beer.