Our next port of call was Hotel Posada, Manuel Antonio. This was a simple hotel but had the advantages of being right beside the national park and only a short walk to the beach and associated bars and restaurants. After a week of being confined to lodges (albeit excellent lodges) it would be nice to "eat out" and with everywhere within walking distance you could forget about the car.


The Posada was a small hotel with a small swimming pool and garden. The garden didn't attract a huge variety of birds but Cherrie's tanager and chestnut sided warbler were regular visitors, a pair of golden hooded tanagers were nesting in one of the palms and a black-mandibled toucan turned up and  attracted the attention of a variety of species including social flycatchers until it was chased off. 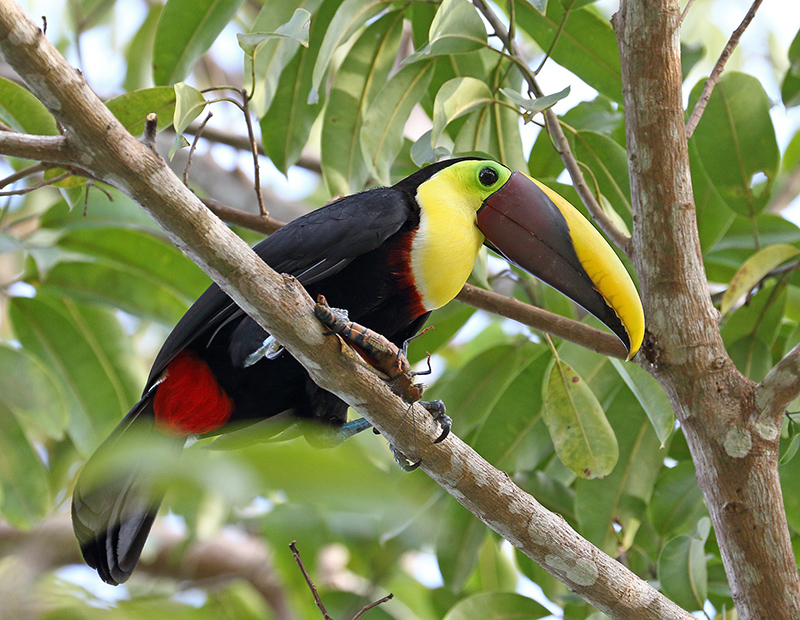 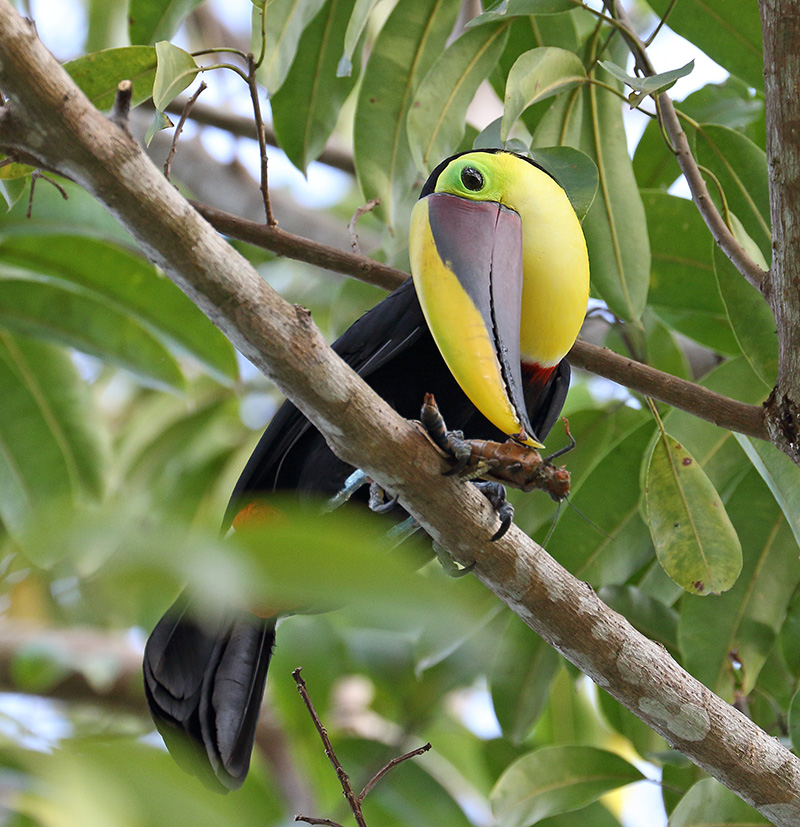 Overhead there were flocks of orange chinned parakeets and high overhead (if one cared to look) it was easy to spot lesser swallow-tailed swift. 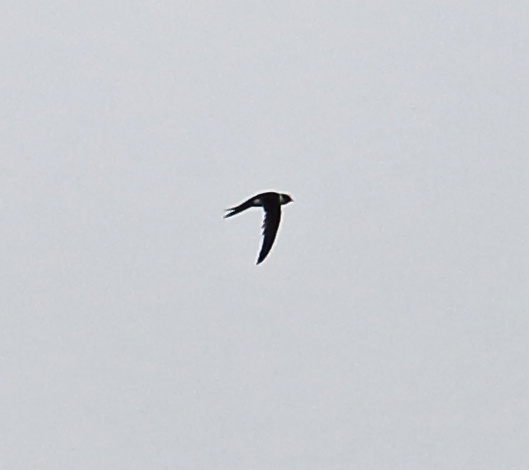 Outside the hotel we saw Cherrie's tanagers moving around the gardens and red crowned woodpecker on telegraph poles and Pete had a white ibis in a beach side pool. The dirt car park next door to the hotel was also popular with Inca doves. 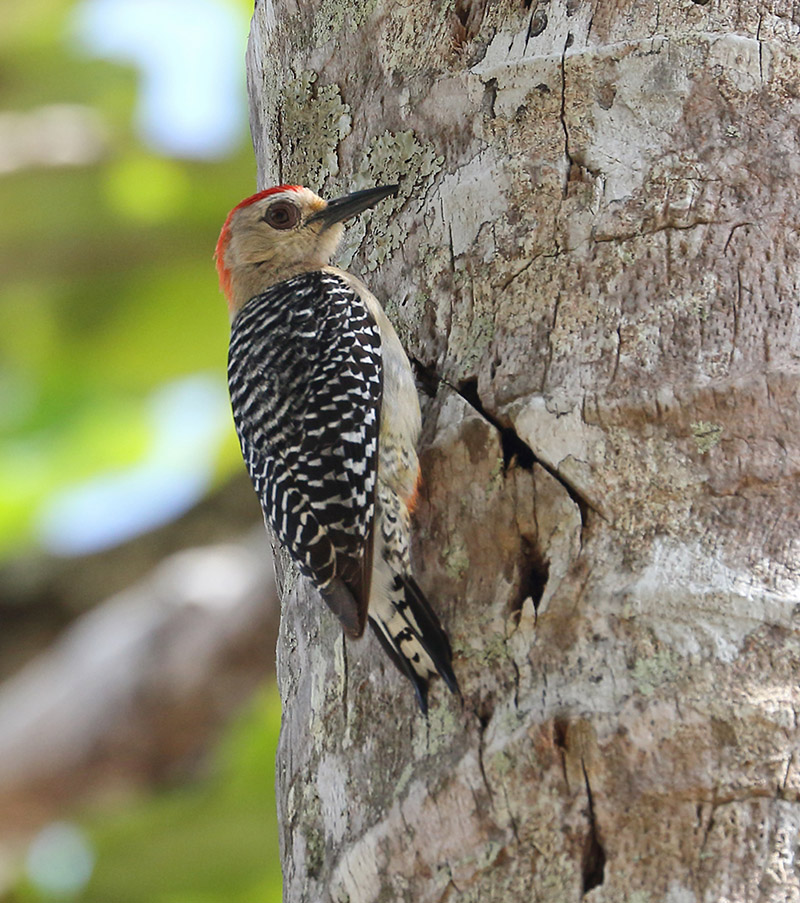 The park is not renowned  for it's birds and seeing the number of visitors it's not surprising. Hundreds turn up there every day - the day we departed the Posada there was a queue of approx 100 people waiting to go into it! We did however manage to find a few birds including chestnut sided warbler, black hooded antshrike,  great crested flycatcher and  riverside wren. There were also plenty of flitters and skulkers we failed to id.


Quite surprising was the ease with which the park guides found common pauraques. 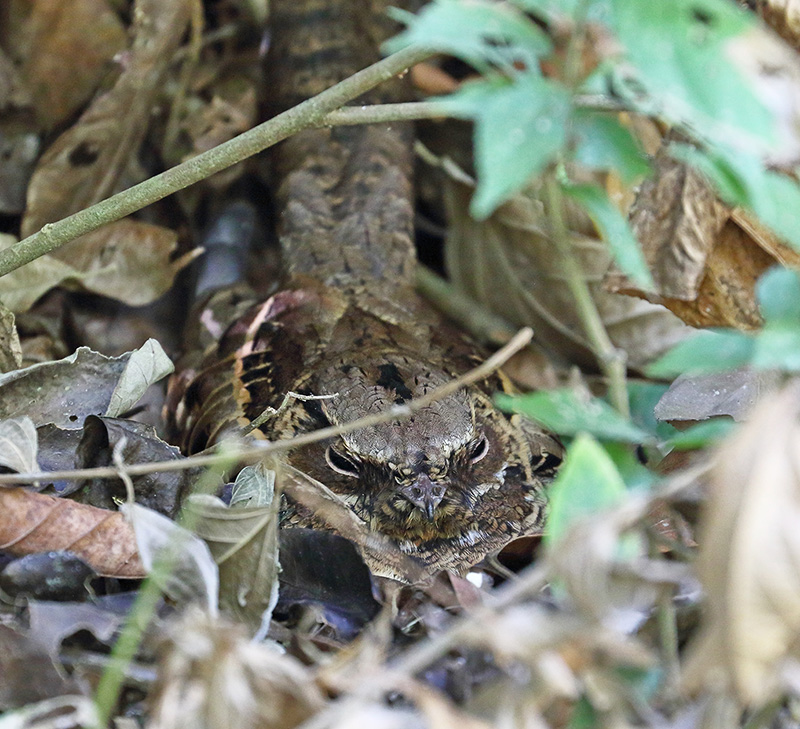 The Park is quite famous for the ease with which you can see mammals and we saw both sloth species, racoon (a pair of which walked within 6 inches of my feet), a pair of white tailed deer (mother and youngster) and plenty of capuchin who spent all day seeing what they could steal from those lazing on the beach.
I went into the park again for an hour on the morning of our departurer to try for some better sloth shots (successful) and found a variegated squirrel. 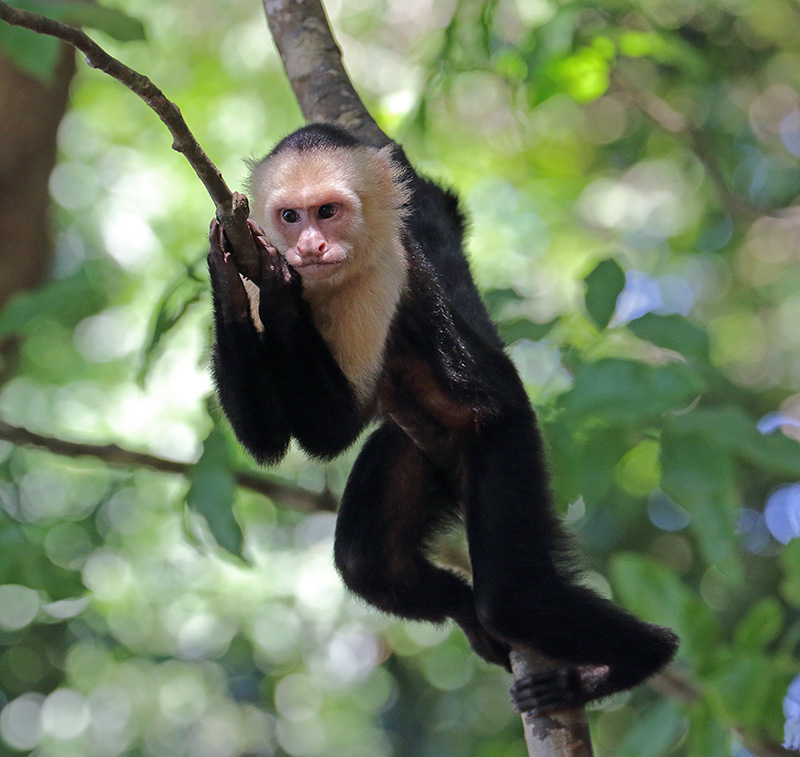 The deer in and around the park seem quite used to humans and one even visited the Posada's small garden though it was a shock to be quietly snoozing in a hammock and have a deer walk past. 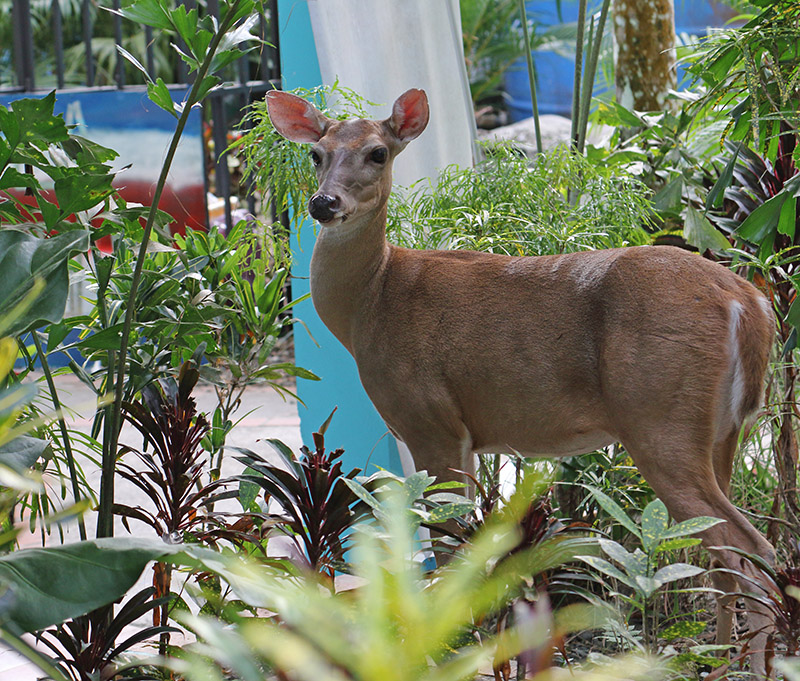 We also spent an excellent morning at a spice farm (Rainforest Spices) where they grow vanilla (from the pods of an orchid), cinnamon, pepper, allspice etc and chocolate. The talk takes place as you are shown around the plantation and the processing areas and ends with a tasting of various drinks and eats at a pavilion over looking the rainforest.


Next stop Punta Leona - near Carara National Park and the Tarcoles river
Posted by Greater Kent Birder at 08:52