Our first port of call in Spain was Trujillo, a 3 hr drive from Seville.
On arrival the first thing we did was wander down to the town square to find it covered in Marques - a very disappointing sight. Still we settled down to the first of many beers/wines in that square and watched the world go by and the birds fly overhead. House martin, swallow, swift were to be expected but a family of crag martins had obviously nested nearby and were back and forth alongside the buildings all day every day often landing on the rain gutter supports. Overhead the storks came back and forth and every now and then a few lesser kestrels circled or black kite flew past. 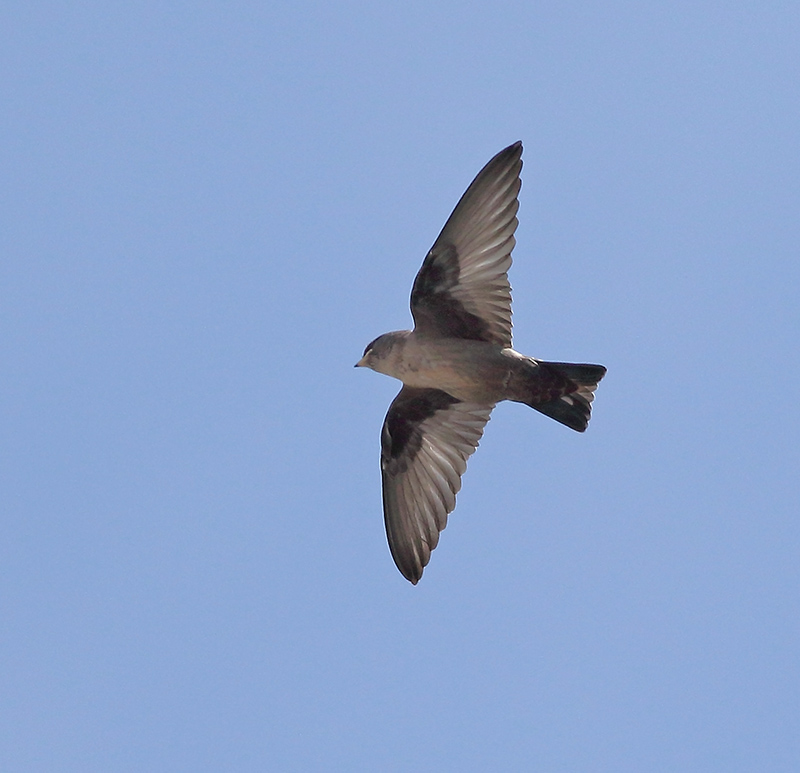 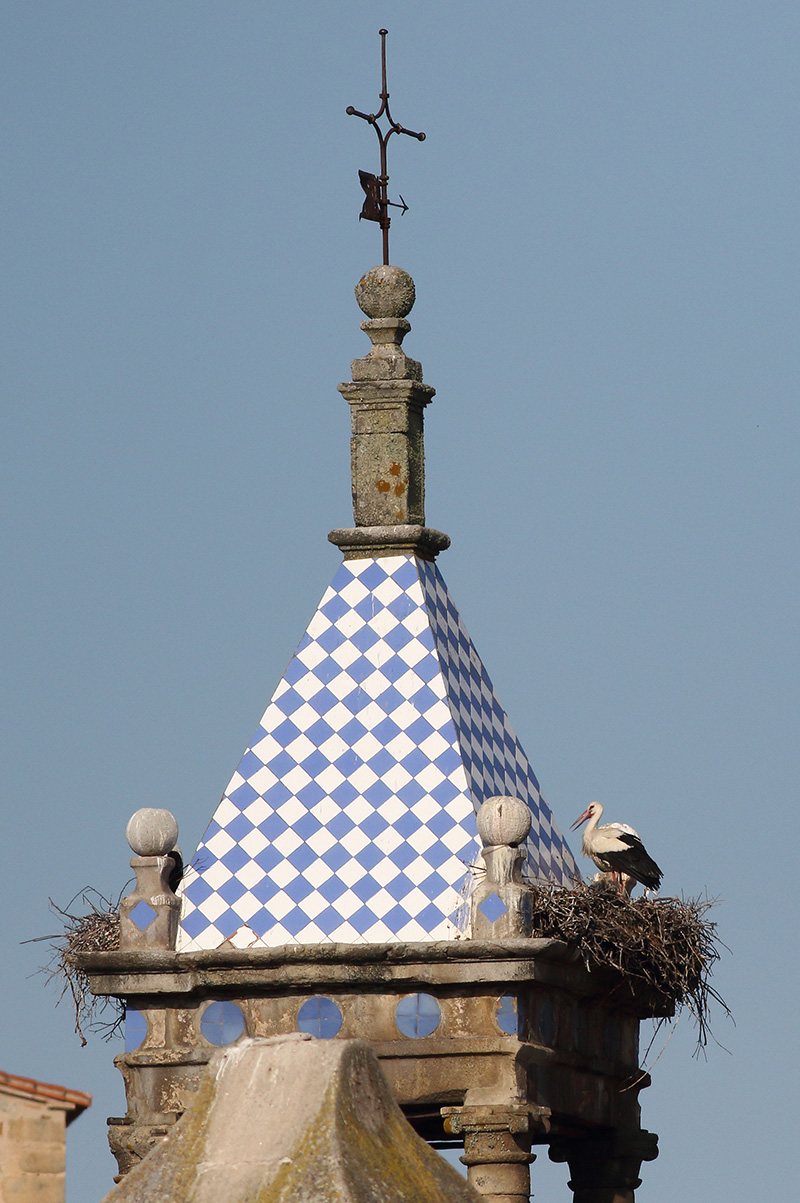 Around 5 pm I took a walk down to the bull ring to look for the lesser kestrels (as I did every afternoon though nearer 6pm on the other visits). The kestrels were there but only sporadically. I'm pretty sure there were young in the nest holes so the birds circled a few time as they came in and were off  as soon as they had deposited their catch. Overall my success with the camera was pretty poor. I took a lot of (record) shots but in reality most of the time the birds were too distant and image quality was a bit of a disappointment. 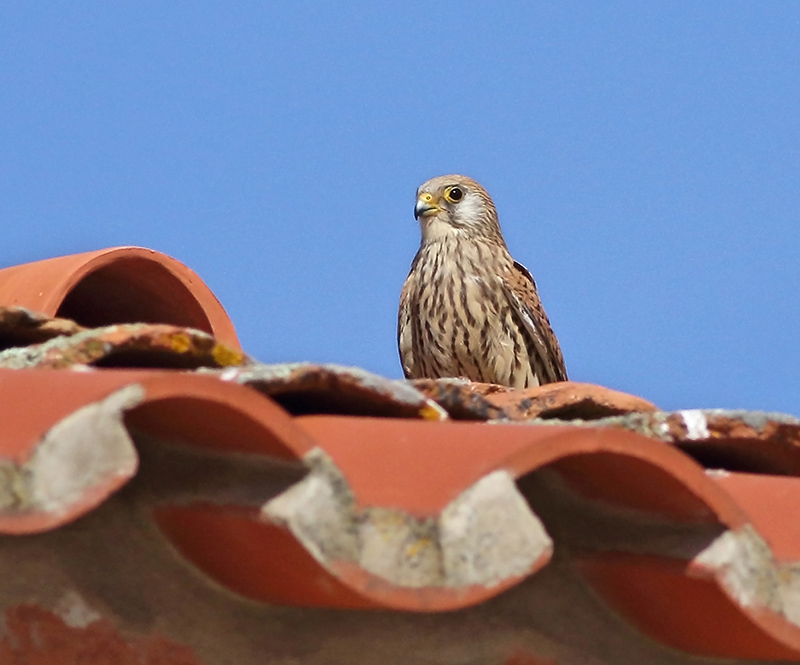 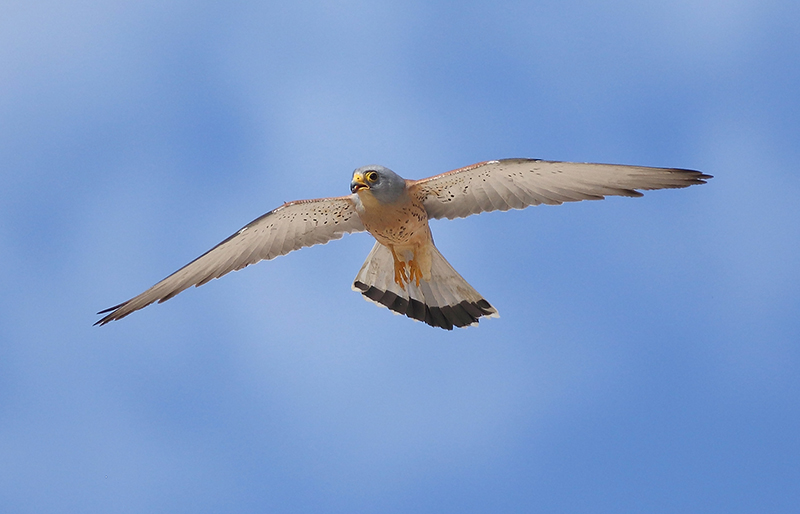 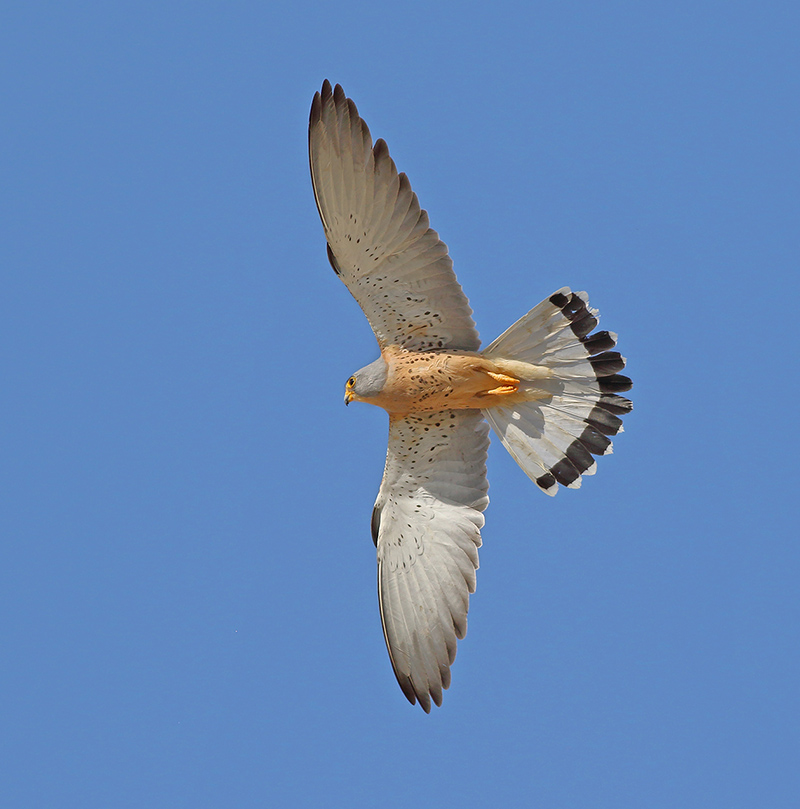 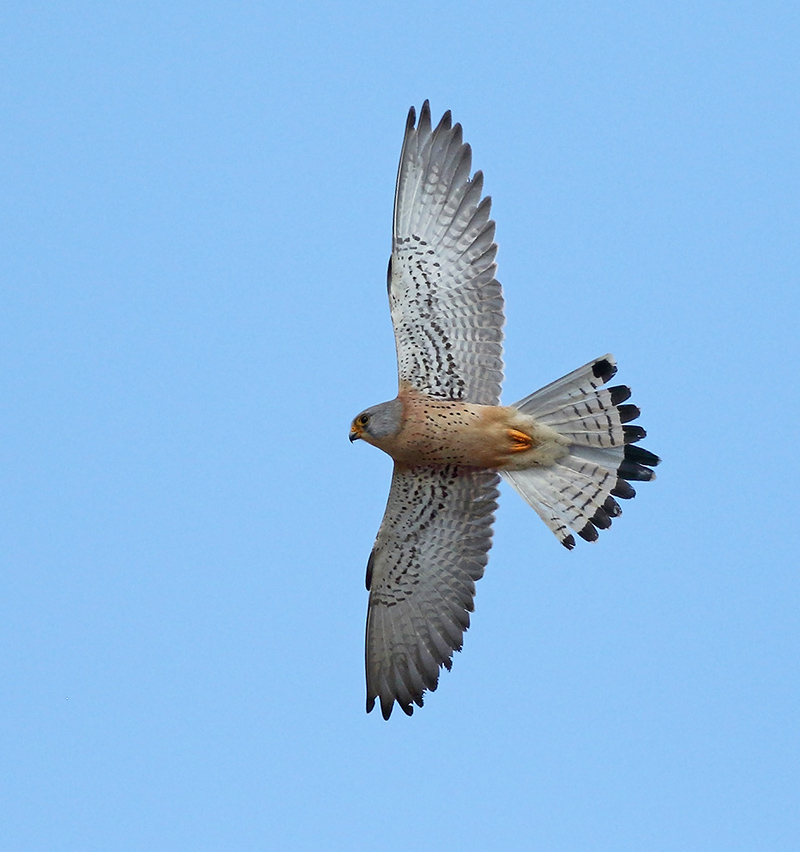 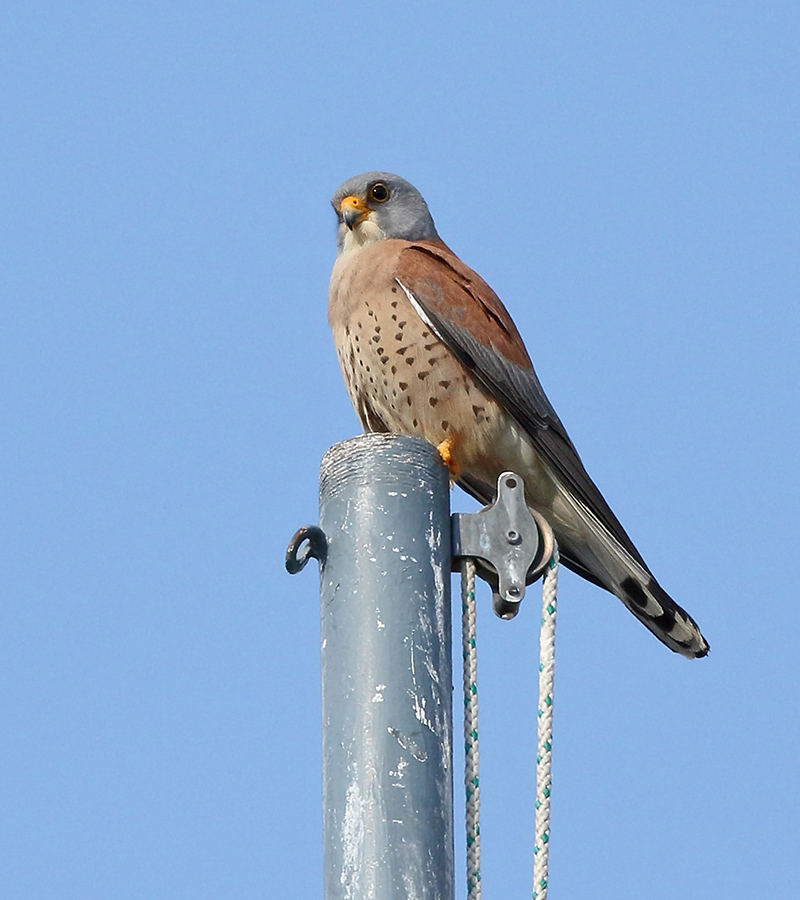 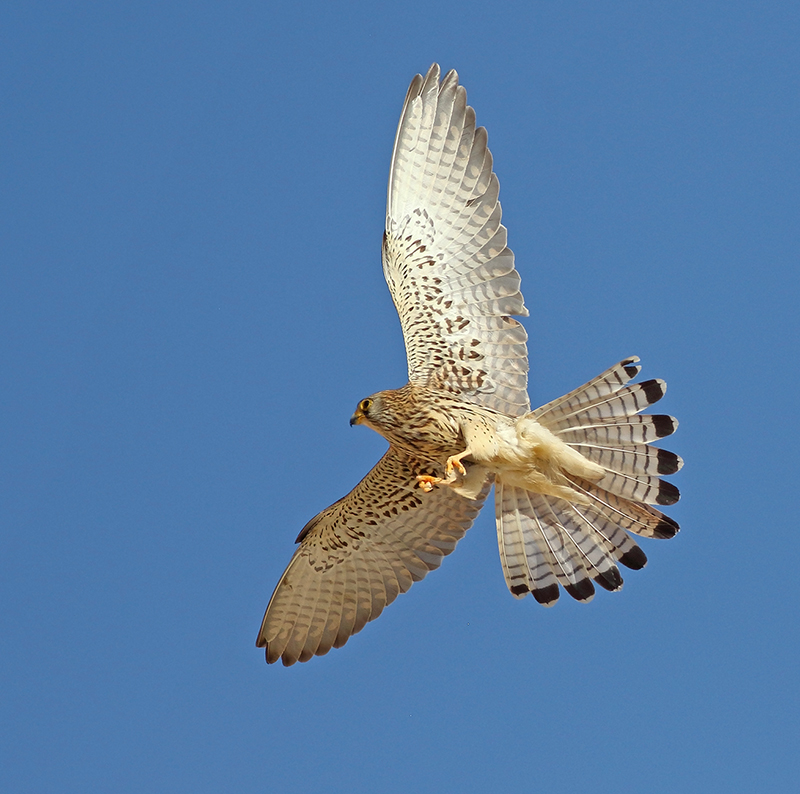 The next morning I had a drive down to the bull ring before breakfast (it didn't get light till after 7.30) but the light was all wrong for the kestrels so I drove west to a park with a small lake. On the shore were several little ringed plovers, a common sandpiper and 4 black winged stilts. Serins were numerous in the trees though totally invisible. 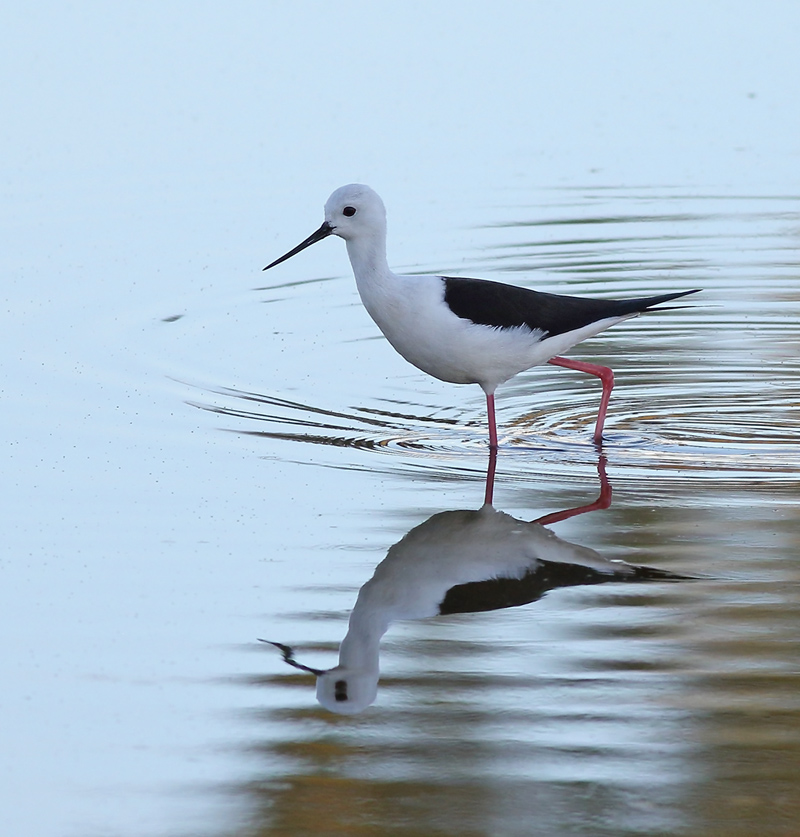 After breakfast we went on the first of our birding drives - something my wife really looks forward to...…….not.
The route (assembled from various on-line trip reports) took us along the N521 where we found the first booted eagle of the trip, then a quick dive south along the CC57.2 towards La Cumbra. This provided woodchat shrike and bee-eater - birds we saw quite frequently but other than on this occasion they were always off before we could get close enough for a picture. 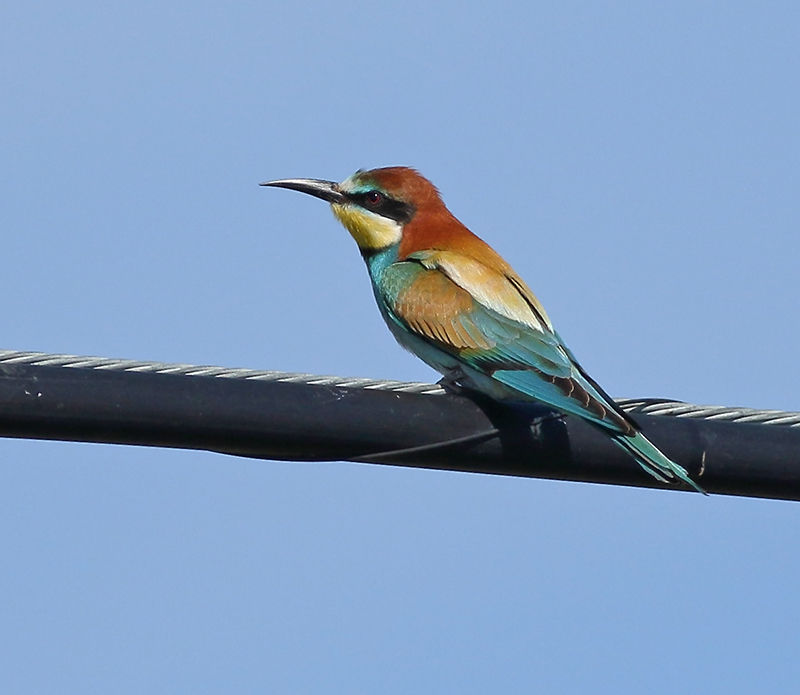 It was then back up the CC 57.2 onto the CC 57.1 towards Santa Marta stopping at several places to scan for bustards (no luck though the grass was pretty long). Corn buntings were everywhere and frankly got to be a pain in the proverbial and crested larks were also very common.

Along a track off this road we did encounter a pair of whinchats and several Calandra larks and on a repeat visit on the last morning I bagged a shot of a juvenile Calandra at close quarters.


We then drove north from Santa Marta, crossed the Rio Magasca then along the CC 129 back to Trujillo. The only other notable find along this leg of the trip was a huge flock of Spanish Sparrows though they were very shy and on the wrong side of the car (the south side).


By lunch time we were back in the square at Trujillo for the most enjoyable part of the day - lunch and a few more beers.

Next day we were out early(ish) and off to Montfrague and the Salto del Gitano mirador. It was heaving with birdwatchers and photographers. Seeing the vultures was easy finding one close enough to photograph not so. Blue rock thrush and rock bunting were conspicuous by their absence. 3 (possibly 4) black storks provided the only real entertainment of the morning. 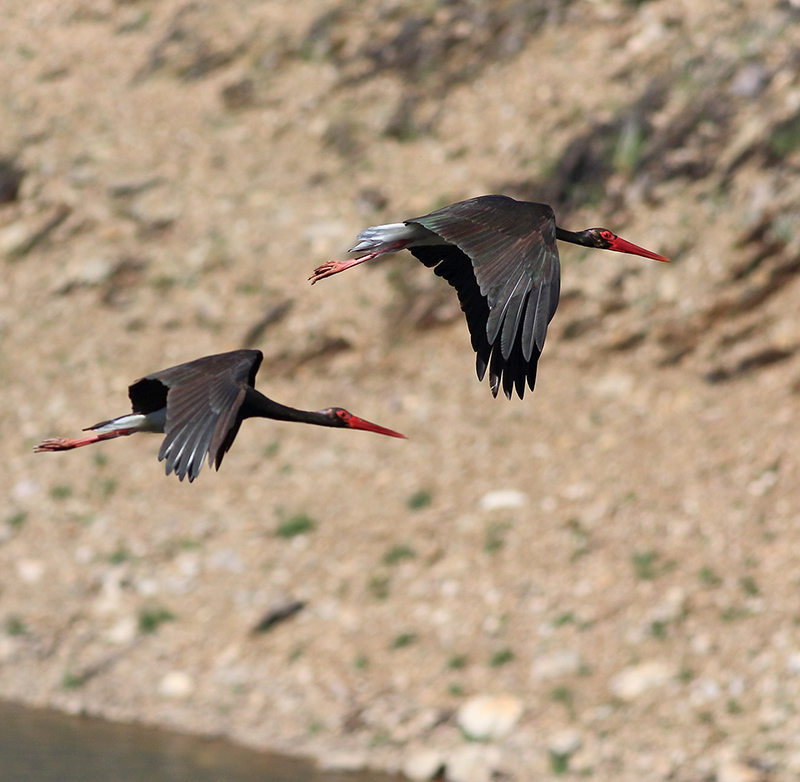 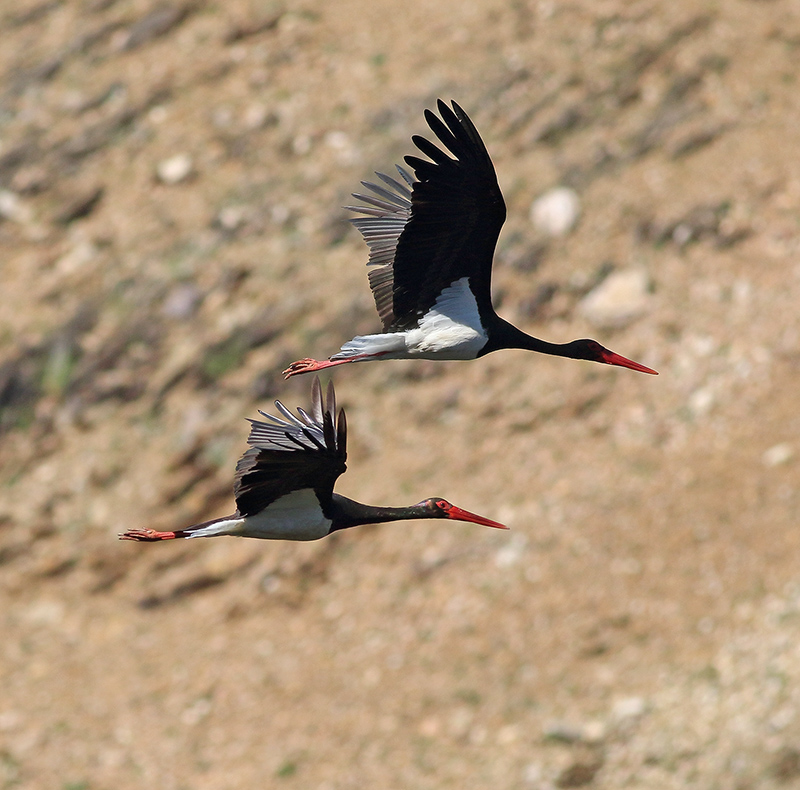 Around lunch time we went up to the visitor centre at Villarreal de San Carlos for a coffee and a wander where we had nightingale, woodchat shrike, and I'm pretty sure subalpine and spectacled warblers were singing in the scrub.

On the return trip we stopped again at the Salto del Gitano and it was excellent. There were not many people around at this time and blue rock thrush and rock bunting both came really close. Even the vultures put in a few incredibly close fly-bys. 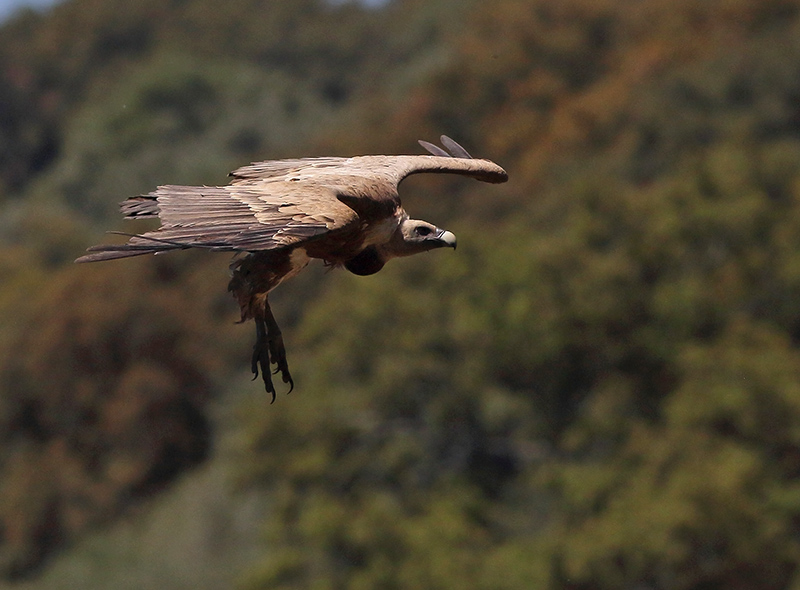 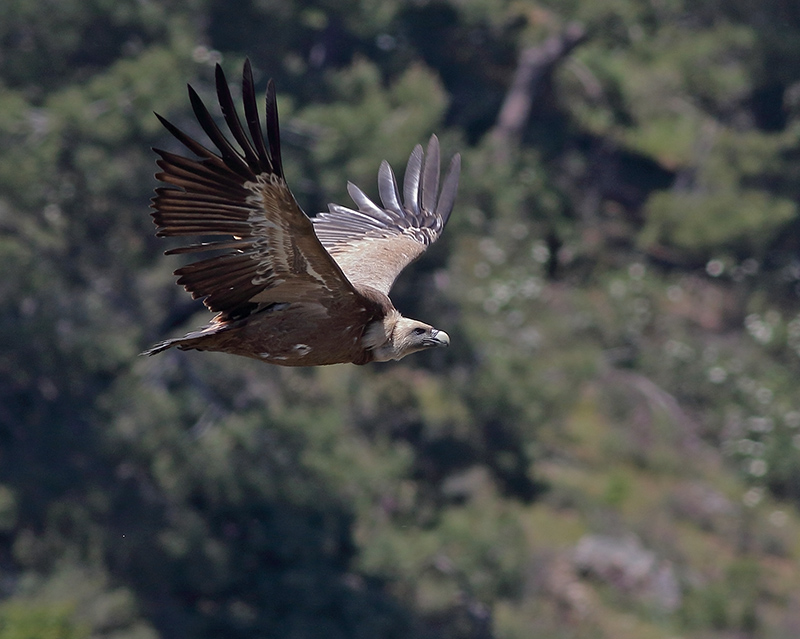 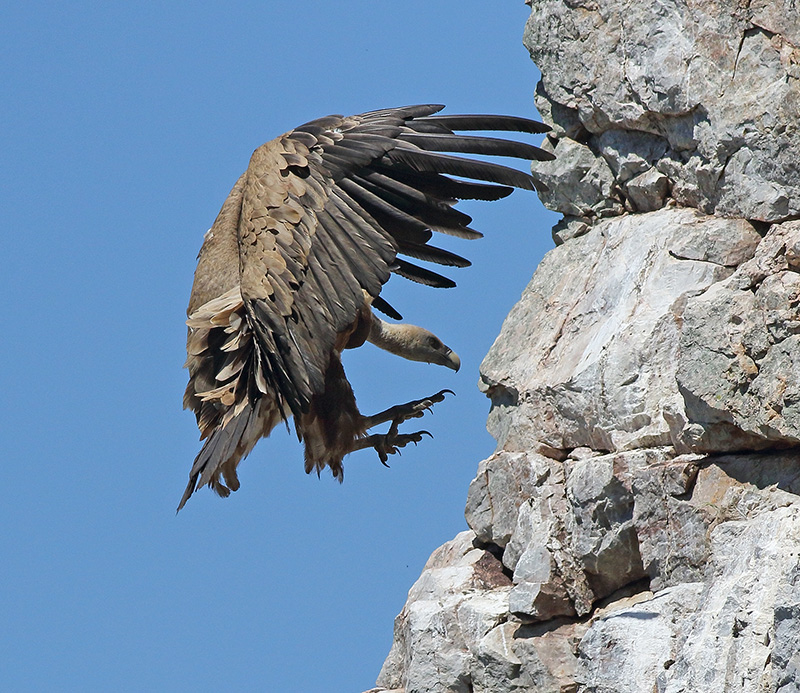 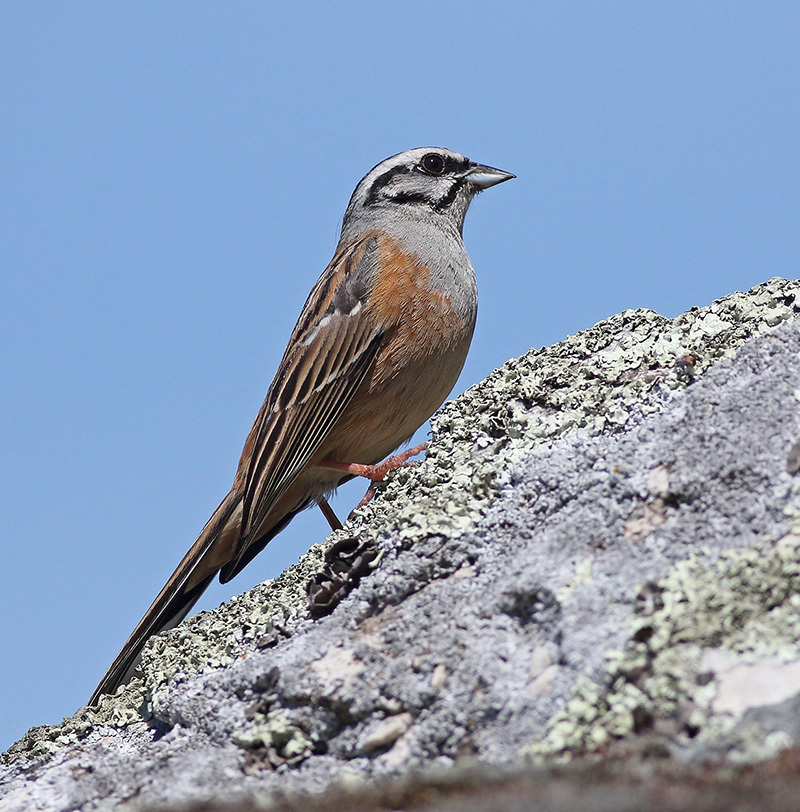 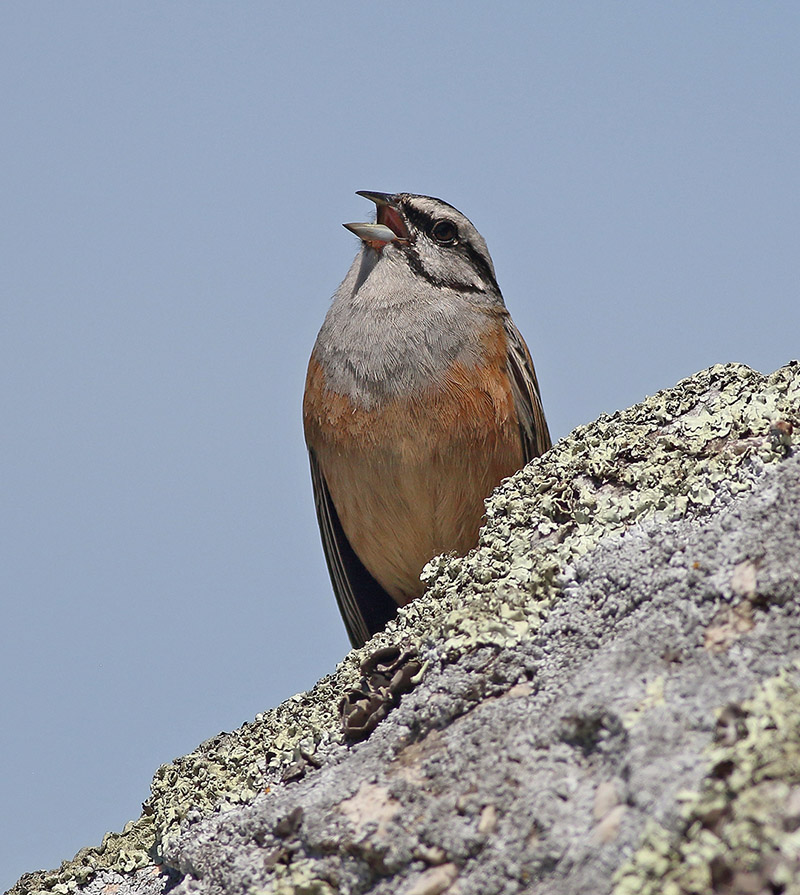 The final outing of our stay at Trujillo saw us start at the lake/dam at Alcollarin where we has excellent views of a black vulture plus bee-eaters and stonechats.


From there we went towards Zorita  turning off just before the town and heading north along a minor road that links up with the CC24.1. We then turned right off the 24.1 just before  Santa Cruz de la Sierra in the direction of Madronera but taking the Ex208 back to base. Along these roads we saw at minimum 5 woodchat shrikes, 3 southern grey shrikes, several hoopoes and a small flock of bee-eaters but failed to get a single decent picture. It was very frustrating.

Posted by Greater Kent Birder at 16:49