First many thanks to anyone who is still looking at this blog - it's been a long time since my last posting. 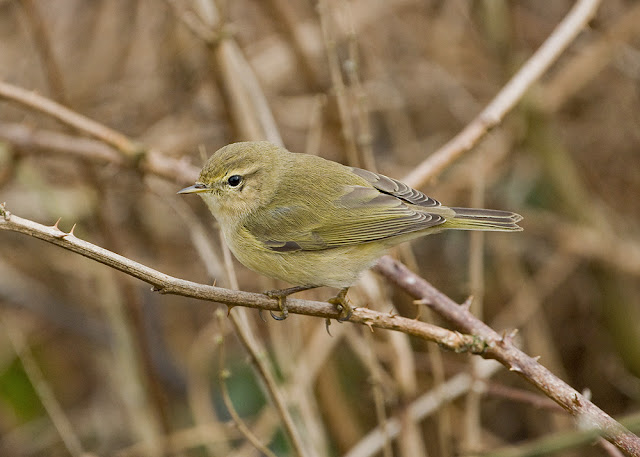 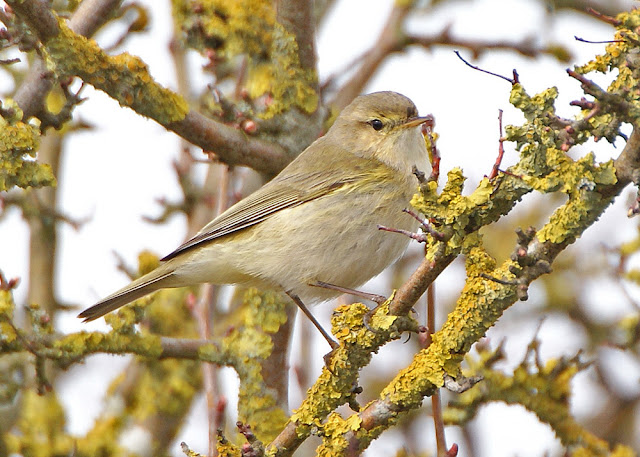 1992 Spring bird. Subdued eye stripe and super, legs look dark but it was a dull day, plain face though ear coverts quite pale compared to many, wings don’t look that short but the primary projection is clearly short 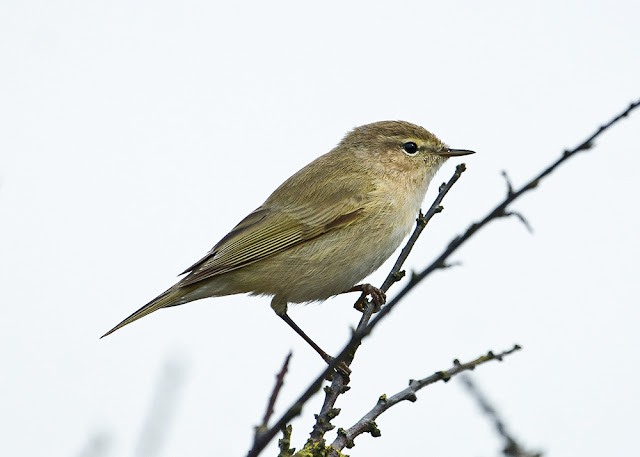 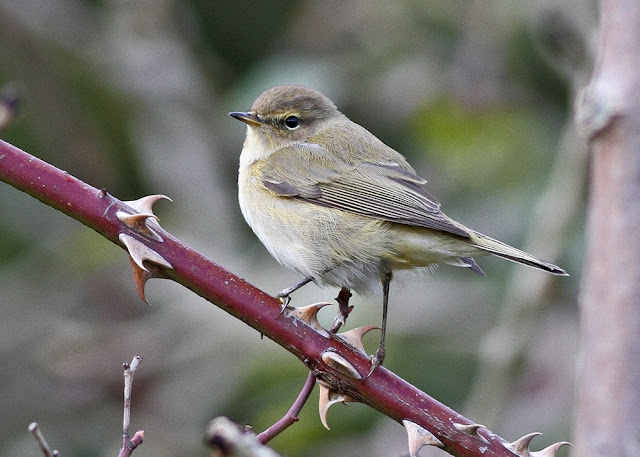 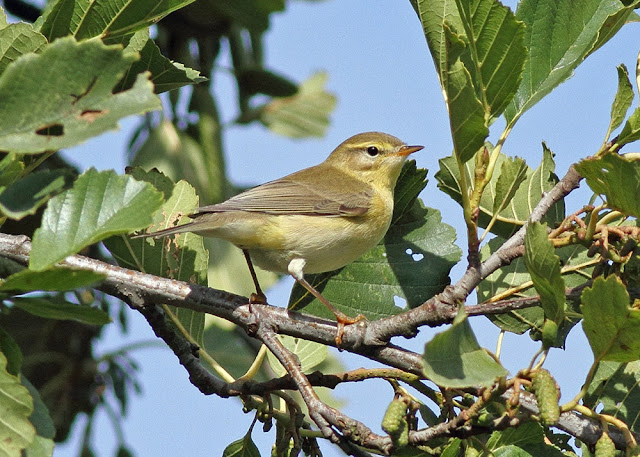 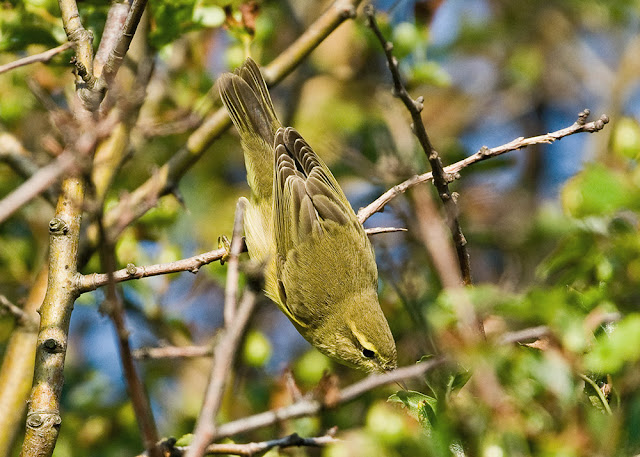 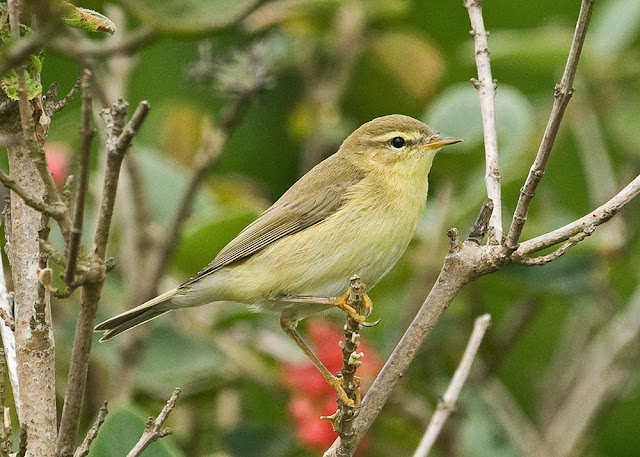 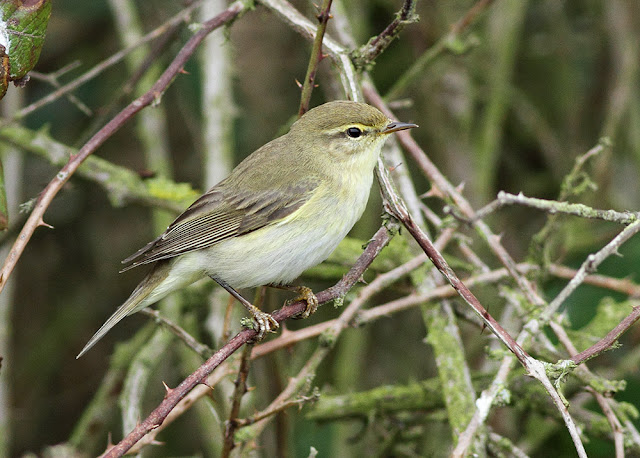 In all bar one this bird shows all the classic willow warbler features.
In the field looked decidedly yellow (though this doesn’t show well in the pictures; Canon auto -white balance not being up to the task)
It had a very bold supercillium and eye stripe.
It has pale ear coverts with a slightly darker surround giving it a pale face.
The wings look long and has a long primary projection, the projection being nearly equal to the length of the tertials(best seen in 4048).
BUT the legs by any normal standards look dark.
I sent the picture to Ian Hodgson of SBBO and despite the dark legs Ian confirmed this is indeed a willow warbler. If you actually Google “dark legged willow warbler” you will find a host of reports where this has been seen, so whilst uncommon they are well known.
So if you think the best way of telling a willow for a chiff is to look at the leg colour beware.
Posted by Greater Kent Birder at 14:16