28th April Restharrow.
My initial plan was to check out the scrape then walk the Sandwich recording area taking in the beach, the gullies and the Elms. I only got as far as the scrape.
When I arrived around 7.15 – 7.30 there was a garganey asleep on the island so I decided to stay and hope.

﻿ ﻿
Over the next hour or so it didn’t do that much though it moved a few feet after some teal walked past it but every time it moved it immediately went back to sleep – it had obviously had a tiring journey.
The waiting around wasn’t actually that boring because the scrape was like Madison Square Gardens most of the morning – with little grebes and coots constantly scrapping and a couple of drake mallards trying to muscle in on the act. Unfortunately all this took place a little too far away.
The first action close to the hide occurred when a white wagtail dropped in, walked off to the left but eventually returned and fed for a few minutes right in front of us:

﻿ ﻿
Next up a little ringed plover few in and wandered around the island and amazingly the lapwings ignored it – they tend to chase away any visiting waders.

﻿ ﻿
We lost the LRP when something unseen spooked everything on the island including the garganey but it plopped onto the water with the teal and mallards but quickly returned to it’s sleep. The bad news was the LRP had also been spooked and it didn’t return.
There were also a couple of curlews on the far bank but as always they were too distant.

﻿ ﻿
After a couple of hours our hopes came to reality when the garganey took to the water and swam strongly towards us before turning back and hauling itself out on the near side of the island.

﻿ ﻿
Then panic – the bird took to the air flying straight towards the hide. I fired off a couple of shots in hope, expecting this to be the last we saw of it, but no it landed just to my right – less than 10 yards away!!!! 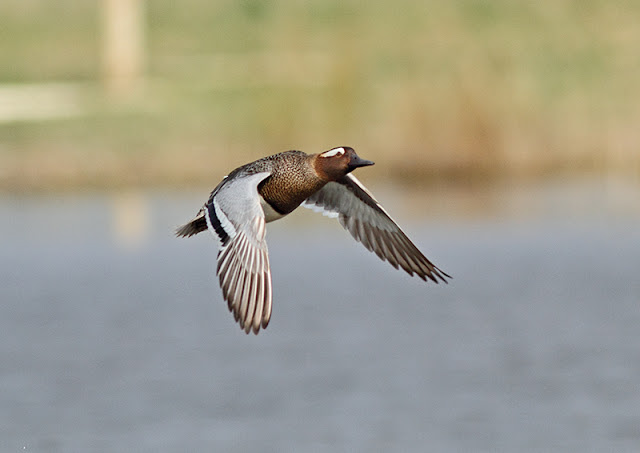 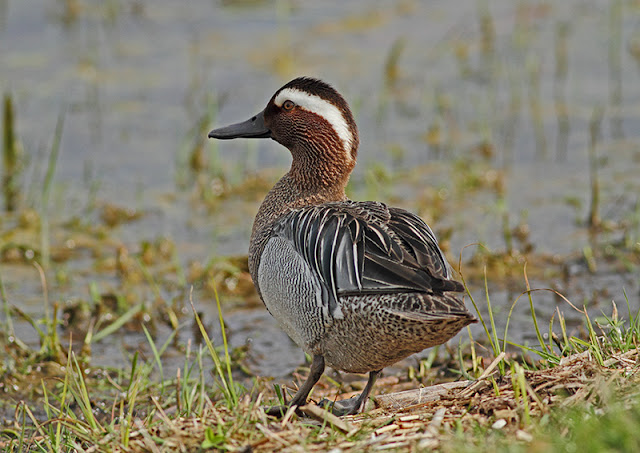 My first shot got the head and body in frame but I couldn’t get the legs in but it stayed put allowing me to adjust the focusing point and a fired off half a dozen shots before it took to the water and swam up and down in front of the hide. Every now and again it returned to the island but it kept coming back in front of the hide, feeding and even preening. I’m told it did this in to the afternoon. 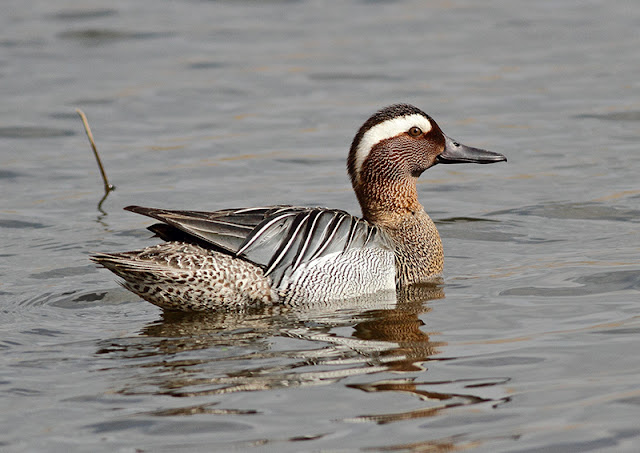 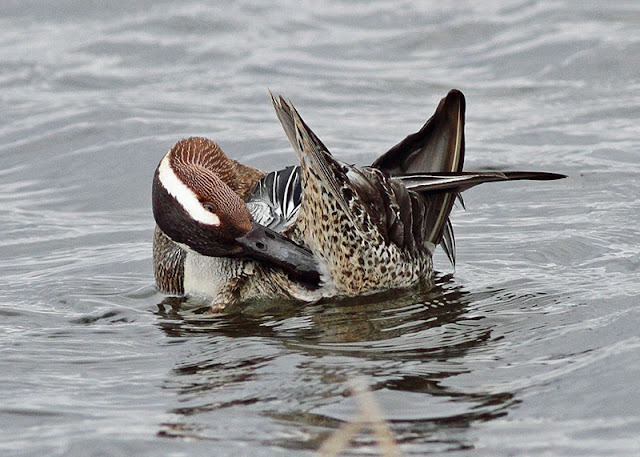 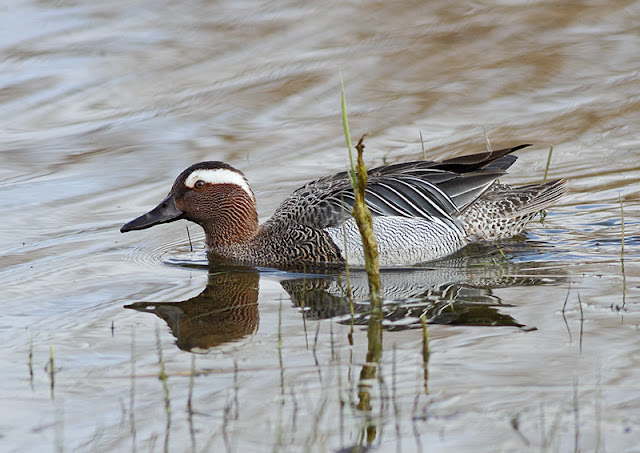 ﻿ ﻿
Most of the time all this took place in glorious sunshine but even when the clouds built up the bird was so close the pictures were superb.
I suppose I took about 150 shots at close range but at 10.30 I had to go home.
All in all a productive session seeing as I’d not moved all morning.
Posted by Greater Kent Birder at 15:19