The internet speed seems to have improved in the village over the last week or two so I thought I'd give the blog another go. When I stopped upload rates were as low as zero and most of the time less than 70kb /sec. I suspected this as the cause of the problems I was experiencing.

Pretty poor fare today, no real change on the scrape and certainly nothing interestimg. The Elms held the same today as it has the last few days - 3 or 4 firecrests, a similar number of goldcrests, a few chiffs and a blackcap or two. And a walk through the gullies and look around the sailign club showed no wheatears or black redstarts (though someone later reported a wheatear on the beach. 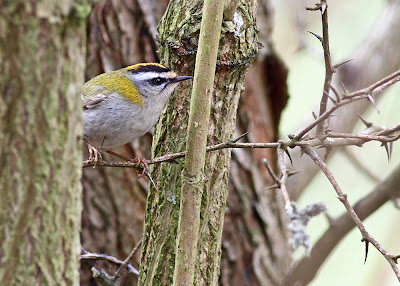 Since this has worked I will probably resume the blog.
Posted by Greater Kent Birder at 21:43